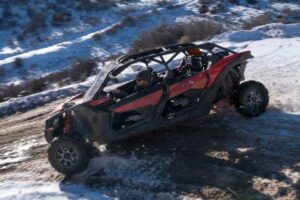 The past few years have been, well, not super kind to my family. We’ve gone through adoption hell, car breakdown hell, pandemic hell, and even housing hell where we were essentially exiled from California due to a neighbor who couldn’t grapple with the fact that children aren’t Tibetan monks who’ve taken a vow of silence. This year, however, being tired of getting forked over, my family and I went full “treat yo’ self” and got a bunch of fun things for our new place.

Buying stuff can’t fix all your problems—often, it’s the cause of many problems—but from tools to fun stuff to gear upgrades, I made some acquisitions that helped make life a bit more tolerable. And folks, I splurged. I splurged hard.

I won’t be alone in compiling a “best stuff I bought in 2021” guide. To give you a behind-the-scenes glimpse into the personal shopping carts of The Drive’s commerce team, myself, editor Kara Snow, and reporter Hank O’Hop are detailing what we bought ourselves this year because what’s good enough for us is good enough for you.

Yeah, I bought myself—er, my family—a side-by-side. This puppy isn’t the top-of-the-line performance Maverick, but it’s damn near close to it. Delivering 172 horsepower from a turbocharged three-cylinder 900cc Rotax engine, it sends that power through a CVT to either the rear wheels or all four via a switch in the cockpit. And it’s shockingly useful, not just fun, for life in rural Utah. 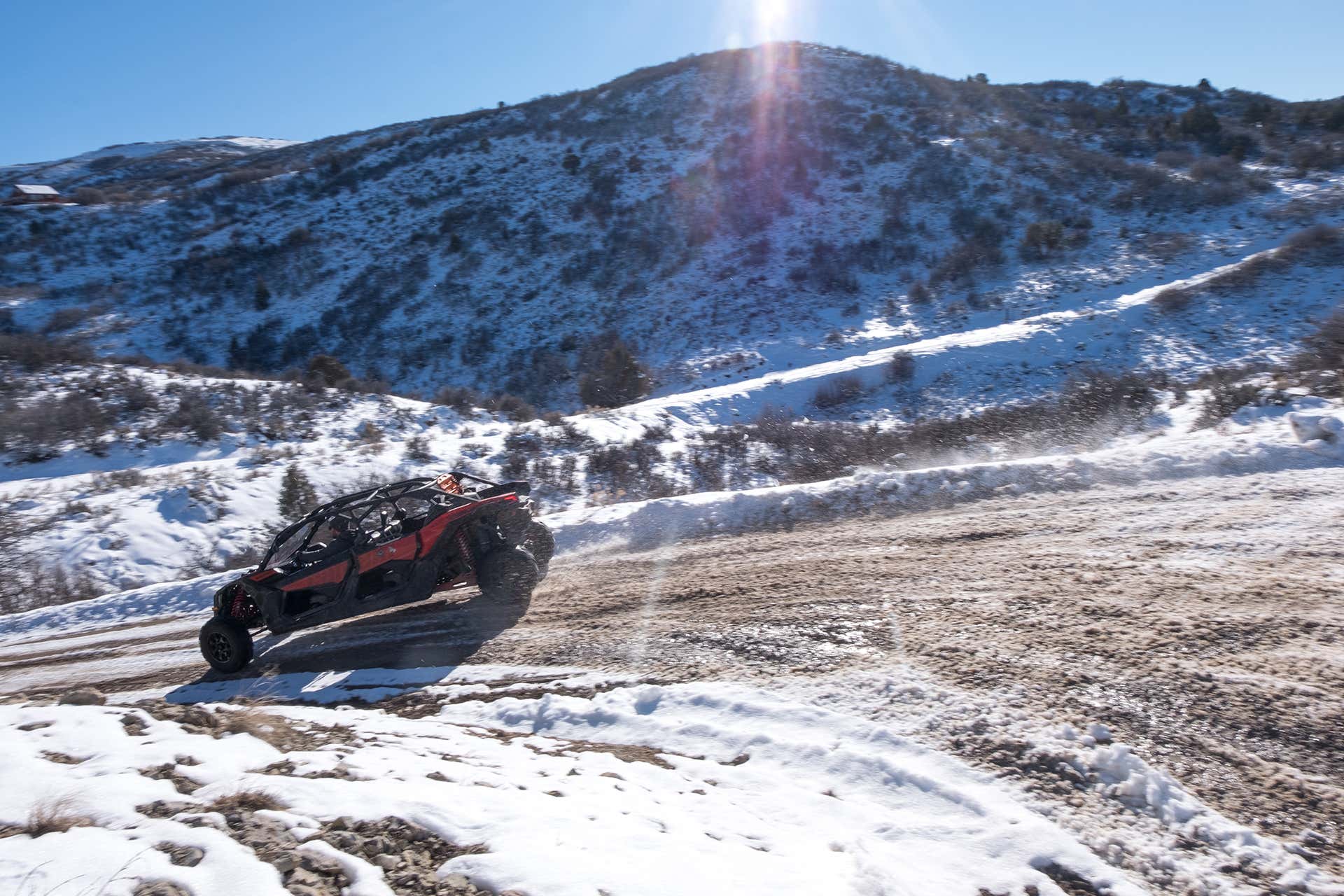 FOX Shocks’ 2.5 Podium shocks offer 20 inches of usable suspension travel and 14 inches of ground clearance, and a full cage means my three kids and wife are safe if I try to emulate Walter Röhrl too much. And it weighs nothing, tipping the scales at just 1,726 pounds.

The tires are 28-inch Maxxis Bighorn off-road tires that are more specced for mud and true off-roading than the gravel trails we have around our place, but they’ve been pretty solid, and they’re great for snow and to even unstuck our Volvo from the snowstorm we just went through.

More than that, it’s honestly the most fun I’ve had with four wheels in a long time. It’s fast, does big sliding drifts, and I can live out my rally fantasies with the hundreds of miles of trails behind my house. I think it actually might just be the best damn vehicle I’ve ever owned. There was just one issue with the Maverick when we bought it, however, and that was it only came with four seats. Well, see, I have three kids and a wife, and four seats don’t exactly work. I initially planned on swapping out the rear two seats for a bench-seat conversion, but that would’ve turned into more of a hassle than it was worth, so I called up UTV Mountain Accessories right over the mountains from my house and had them send me a jump seat that mounts in between the two rear sport seats.

The seat comes with all the mounting hardware and a five-point harness and works great for kids. My two eldest fight each other for who gets to sit in “the big seat” and who still has to sit in their car seats. And now, we can all enjoy it while still being safe—well, as safe as we can be with me in the driver’s seat. 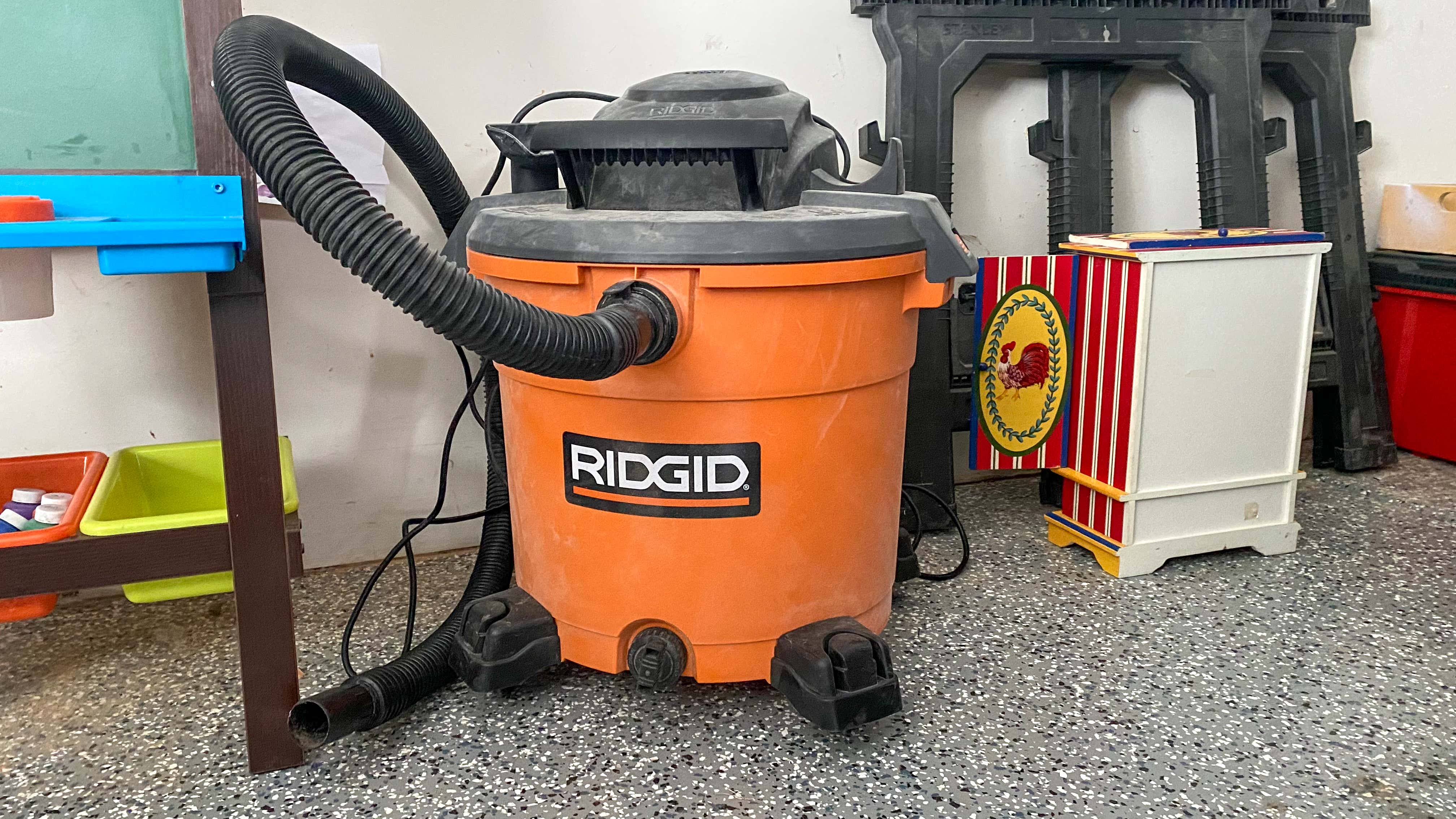 Time to clean up.

This is the first time in my life I’ve had a nice garage. It has heat, it has lights I installed myself, and the floors were recently redone and epoxied to stop leaks and make cleanup easier. But cleaning up is still cleaning up, and I needed something burly to handle my woodworking sawdust, rust, and whatever else I tracked in with the Maverick’s knobby Maxxis tires. That’s why I got this Rigid shop vac.

This baby is 12 gallons and has a CFM of 144 thanks to its 5-hp motor. During its tenure in my garage so far, it sucked up everything from chunks of wood to screws. It also helped me unflood my office closet. Nothing’s slowed it down. 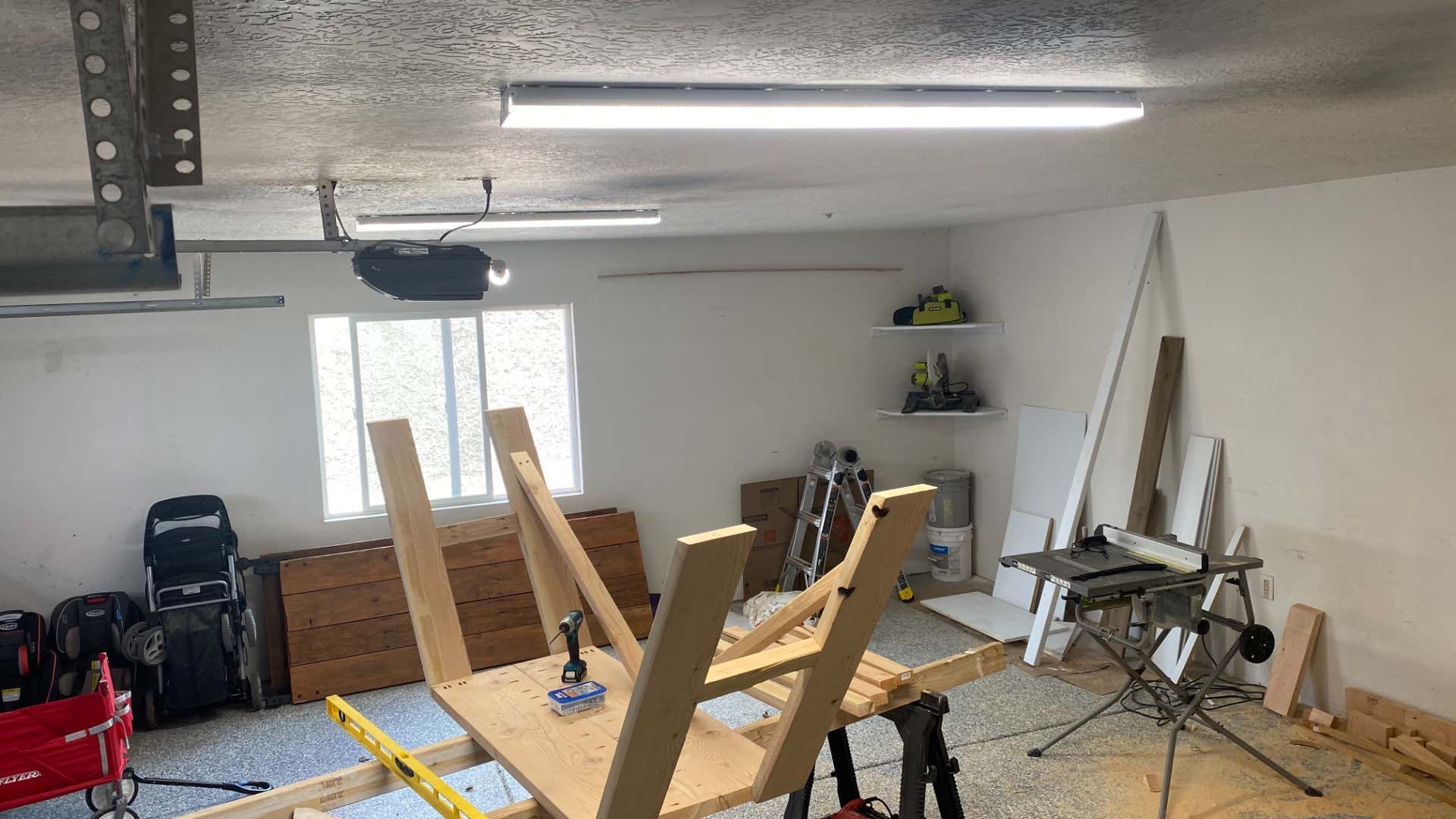 Building my desk under the lights.

My home came with the same unsightly flush mount dome light fixtures that you find in almost every house these days, and are rightfully reviled for their ugliness and cheapness. To make matters worse, they put super low-wattage incandescents in their sockets. Suffice it to say, they had to go.

In their stead went two Faithsail four-foot LED shop lights I nabbed from Amazon. They were super easy to install and provide a ton of light (4,400 lumens at 4,000-K color temp). They’re also not super expensive, which means if you have the outlets for them, you could outfit your garage with two to four easily. And they’ve been great at providing tons of light into all the spaces I need. Highly recommended. 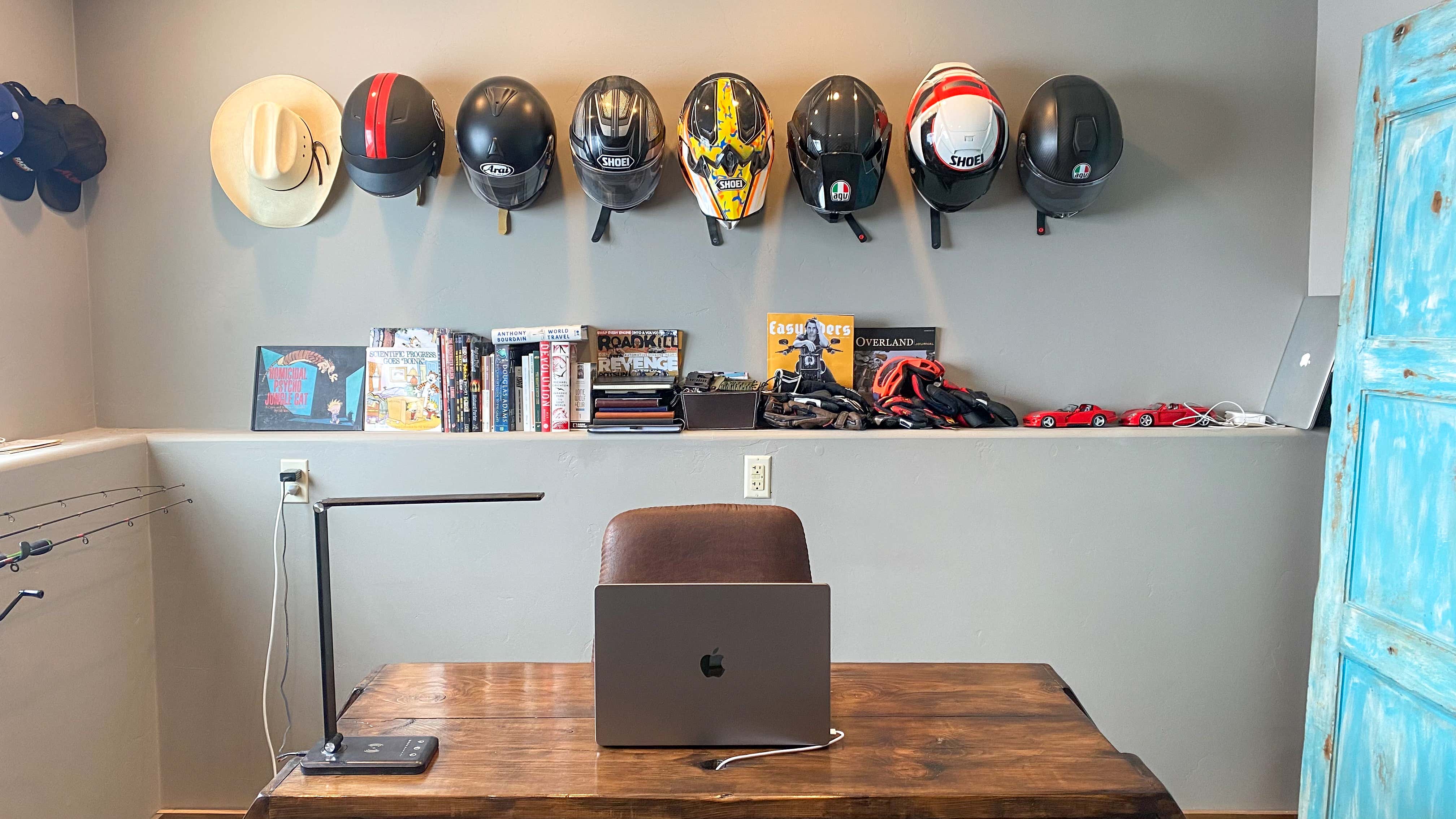 Yes, that is a cowboy hat.

I’ve never had an office. I’ve had a cube, a kitchen table, a hotel room’s conference table, and the minuscule fold-out trays found on airplanes, but never my own space to work from. Then we moved into our new spot and, well, now I have an office. With a door and a window and a sometimes-leaky closet. It also became a place where I could finally hang and display all the gear I’ve collected over the years, including my motorcycle and car helmets.

I wasn’t sure if these hangers from Deloky would work for what I wanted, but they were cheap so I gave it a shot. The end result speaks for itself. Now whenever anyone calls me on Zoom or Google Meets, they get treated to my display, and I love how it frames the room. I’ve also got space for more Icon, Shoei, and AGV, just saying. 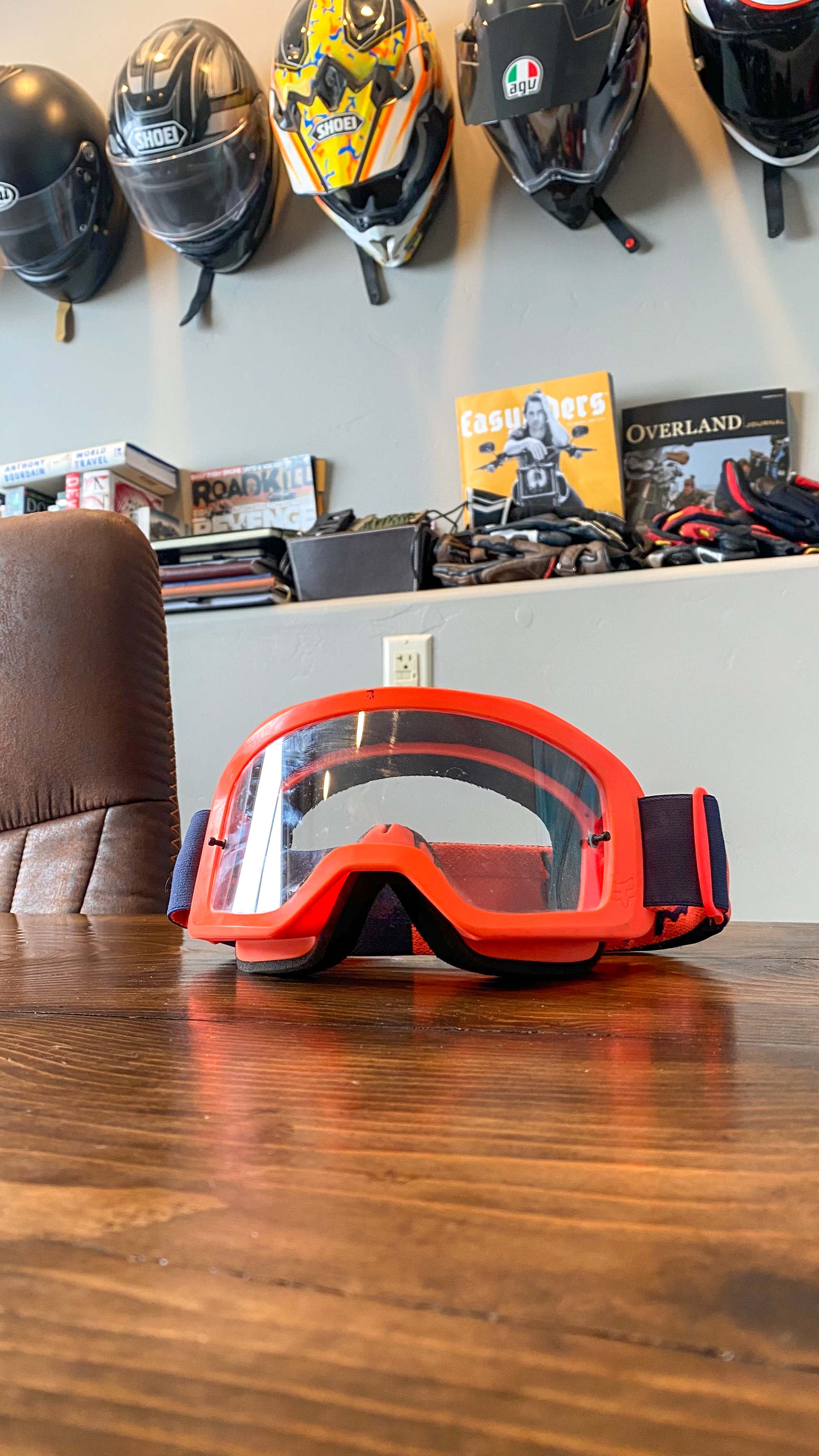 Can take a lickin’ and keep on tickin’.

During our exile and subsequent move, I lost my motocross goggles. I have no idea where they could’ve gotten to, what evil gnome could’ve stolen them or black hole they could’ve fallen into, but when I went looking for them when the Honda CRF450RX showed up, I couldn’t find them. I didn’t want to ride with my street helmets, so I fired up Amazon and searched Fox Racing.

Fox is one of those outfits everyone knows and trusts and for good reason; it’s been providing excellent moto gear for ages. I nabbed a set of Fluorescent Orange Main Strays because life’s too short for boring colors. They’re durable (I’ve dropped them a bunch already) and won’t fog up. Two thumbs up. You can also find them on RevZilla if you don’t want to go to Amazon. This is only half of them.

Hot Wheels, Loads of Them

OK, so Hot Wheels aren’t technically for me, but I’ve bought loads of them for my kids. We’ve built big tracks with jumps and loop-the-loops. We’ve shot them across our living room, sent them behind and underneath the couch, and generally had the sort of fun you’re supposed to have with Hot Wheels. My kids and I got to have fun, and so can you.

Hot Wheels cars aren’t expensive, and even though they’re collectible, you should play with your stuff, dammit. We definitely do. 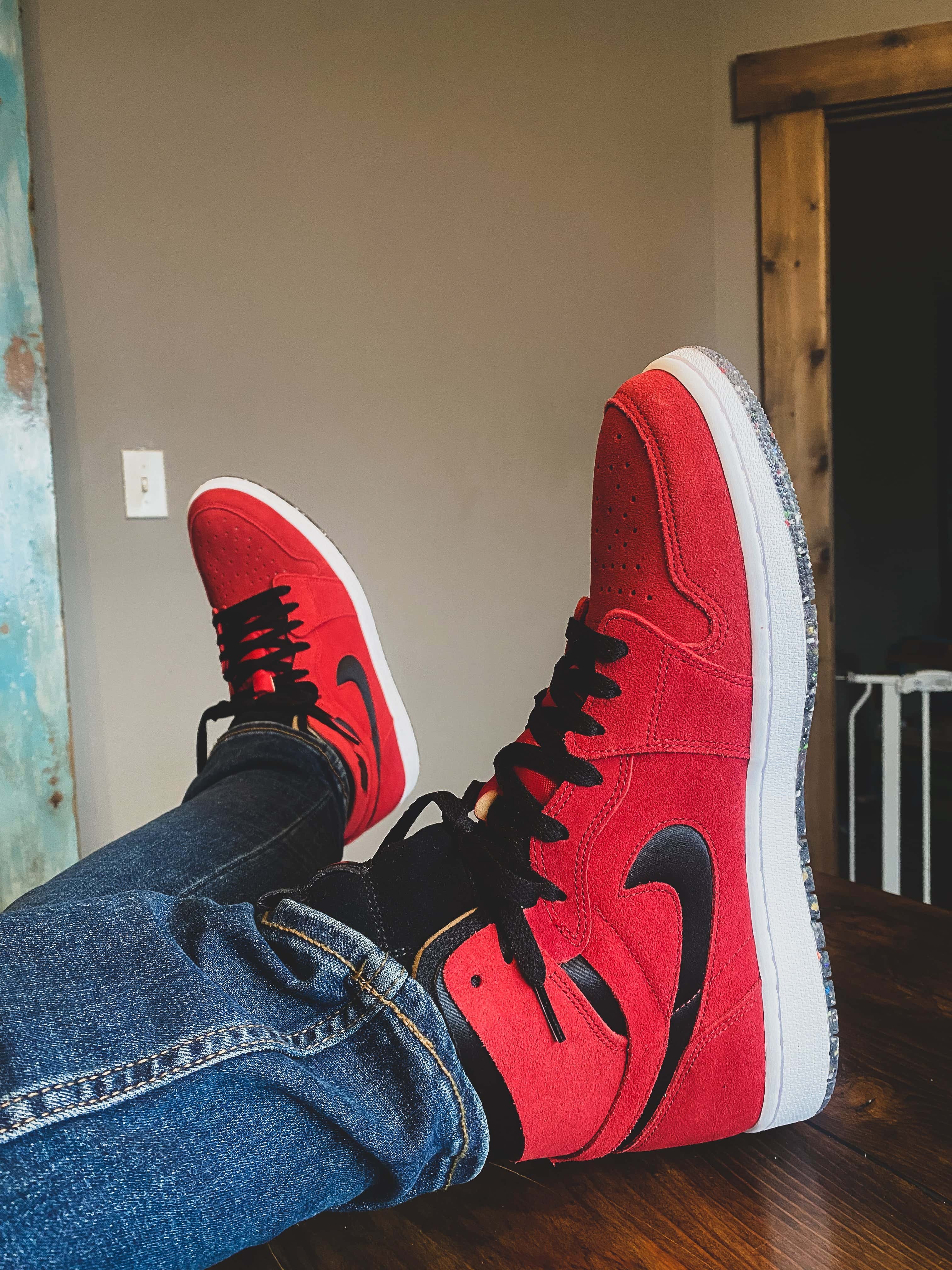 Look, they’re not exactly car, garage, or motorcycle related, but I’ve never owned a pair of Jordans in my life. Never even tried them on. I figured it was time to change that, so I bought myself a pair of these Jordan 1 High Zoom Air CMFTs. And after driving in them a bunch, they’re pretty good driving shoes. A rounded heel would make them better, but I just like them and wanted to flex a bit.

Oh no, am I becoming a sneakerhead?

Let’s Talk: Comment Below and Reach Out to the Guides & Gear Editors!

We’re here to be expert guides in everything how-to related. Use us, compliment us, yell at us. Comment below, and let’s talk. You can also shout at us on Twitter or Instagram, or reach us all here: [email protected]