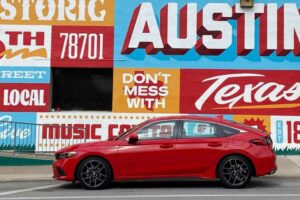 In 1996, “Macarena” by the Bayside Boys had the dubious honor of being the number one Billboard song for the year. Go ahead and dance; I know you want to. That was the glorious year that I bought my first brand-new car: a 1996 Honda Civic Coupe. Recently I had a chance to compare the 2022 version of the Civic Hatchback to my old Civic from 25 years ago and it was a great trip down memory lane.

Now in its 11th generation, today’s “king of compacts” is more refined, has more capacity and power, and includes more safety features. It also retains the charm and appeal that it has had since it launched in the early 1970s. 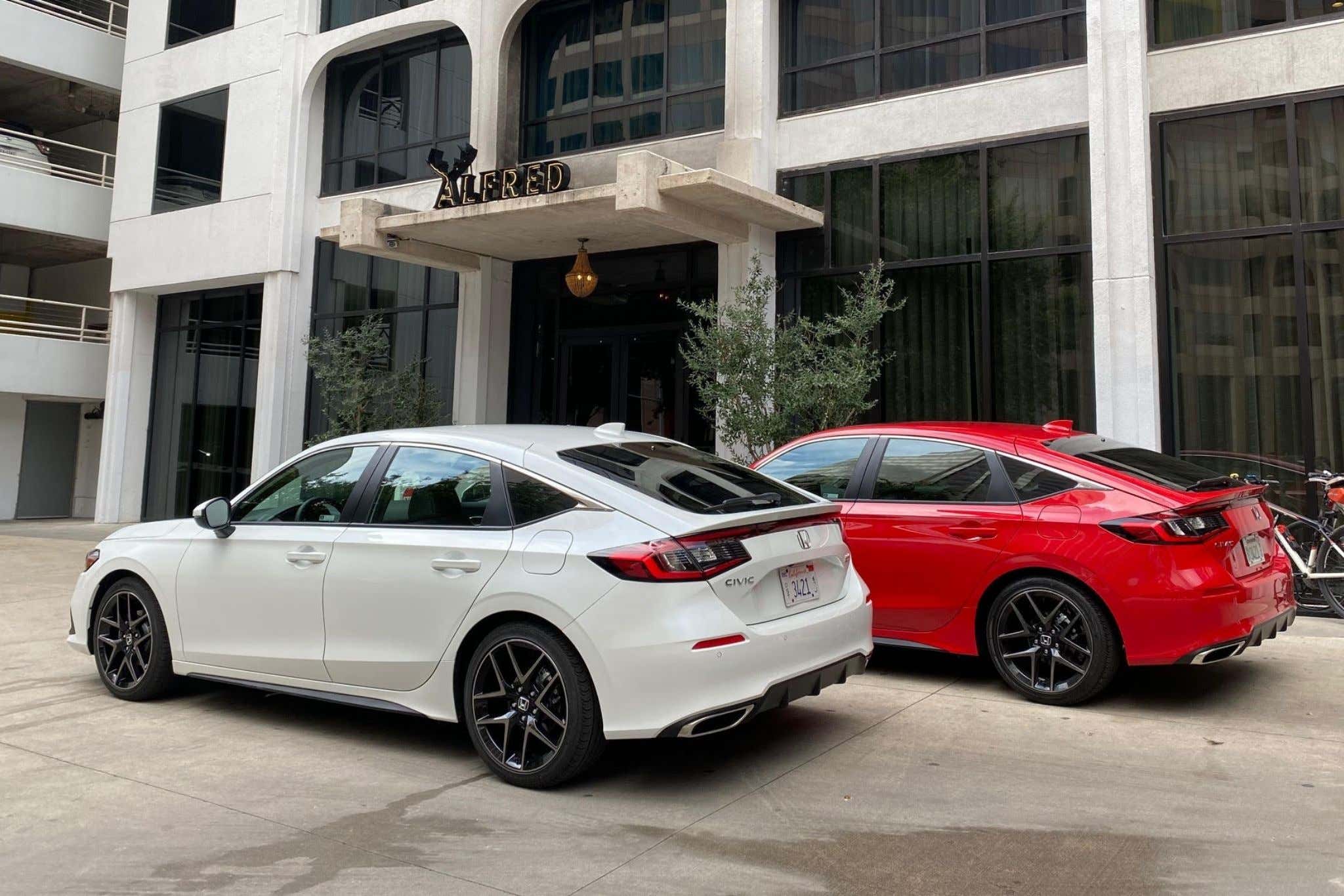 Back in ‘96, my 1989 Toyota Camry wasn’t doing it for me anymore and I was ready for my first brand-new car. I went shopping and inevitably made all of the wrong buying decisions young adults are apt to make. Purchasing on looks alone, for example, not negotiating effectively, and shopping for monthly payment instead of overall cost.

No matter. I left the dealership with my fresh 1996 Honda Civic Coupe and I was smiling so hard it almost hurt as I drove away. My new ride was finished in a dazzling, shiny white awash with new-car smell and the only thing missing was a sunroof. I had to have a sunroof. The dealership didn’t have the car I wanted with one included so I arranged for an aftermarket installation. Surprisingly, it never leaked (people ask me this all the time so I figured you’d want to know too). 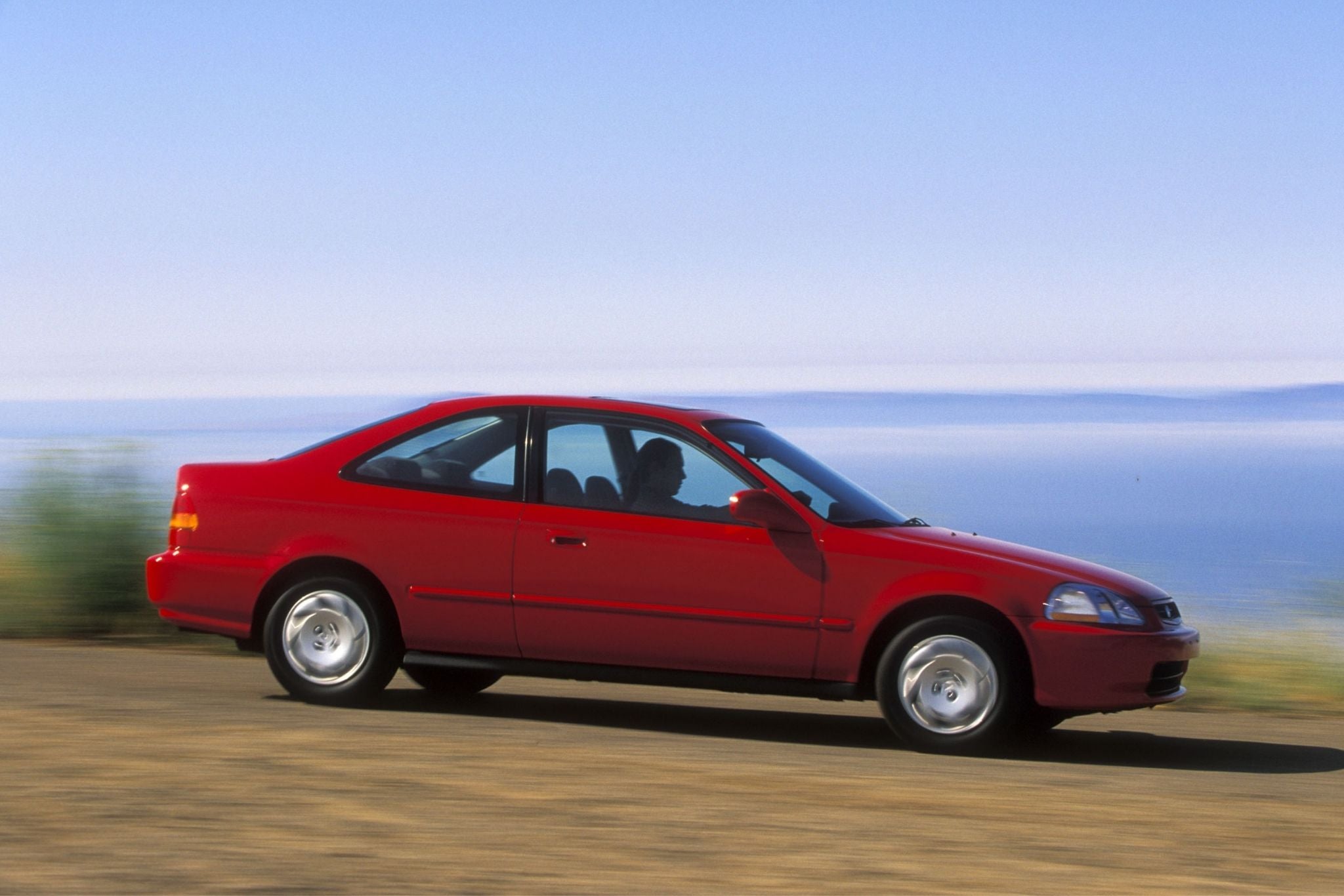 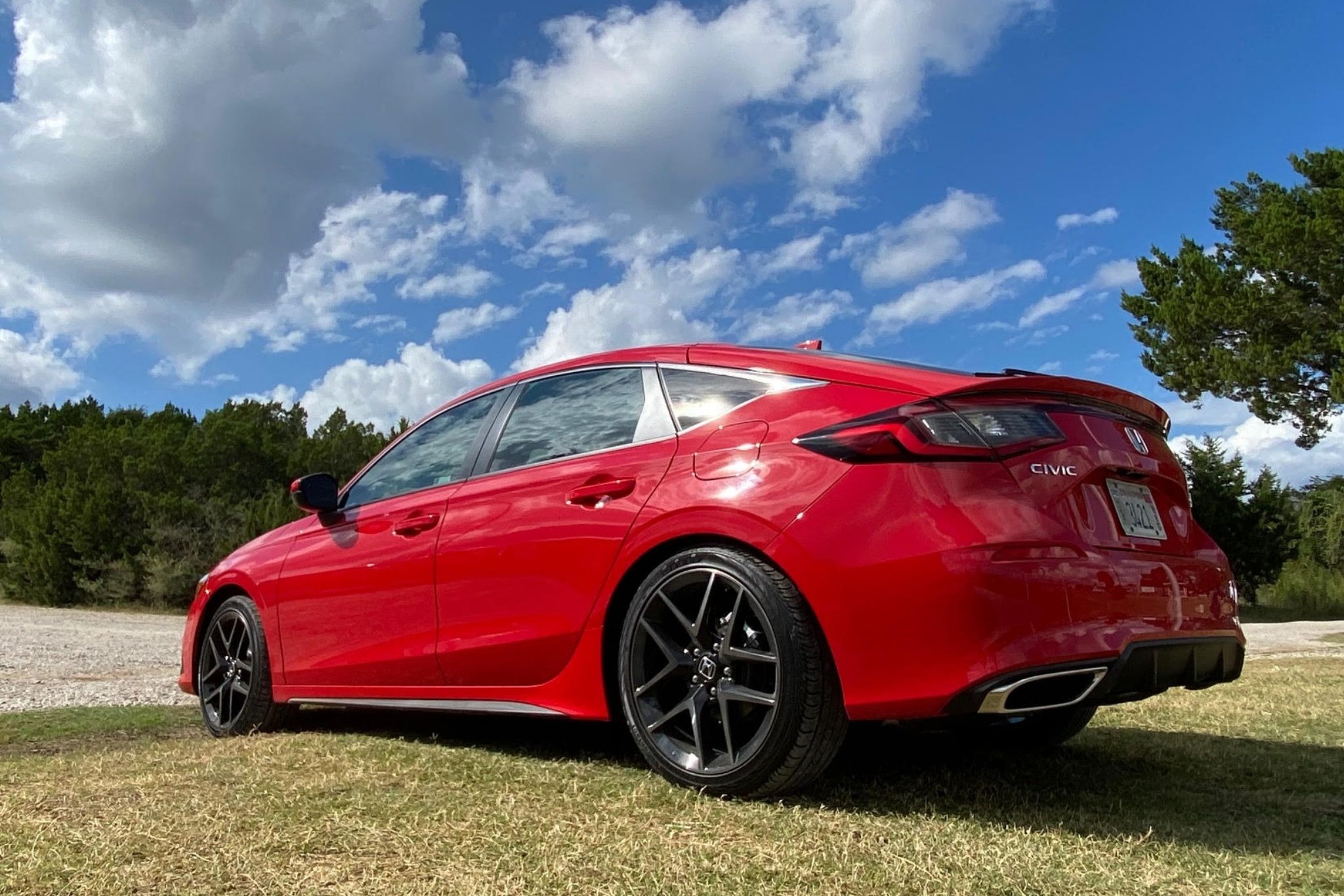 My Civic had front-wheel drive and a 1.6-liter 16-valve SOHC making 127 ponies, up from 126 from the year before. Standard equipment included a five-speed manual but mine was an automatic, dual air bags, rear defogger, power mirrors, and cloth seats. I disposed of the bill of sale years ago, but it was in the $15,000-$17,000 range. Destination charge was under $400 back then. It had cruise control, which had to be activated with a button on the dash and manipulated with set and resume controls on the steering wheel. Speaking of the steering wheel, the 1996 Civic sported a thick center that was the style of the time. It’s much more attractive for 2022.

In contrast, the redesigned-for-2022 Civic Hatchback comes with a 2.0-liter or turbocharged 1.5 four-cylinder powerplant which is paired with a CVT automatic transmission or manual (Sport and Touring models). On base Civics, you’ll get the 2.0-liter that makes 158 hp and the upgraded turbo four makes 180 horsepower. Prices range from nearly $23,000 to the top-range Touring model at a little more than $29,000. 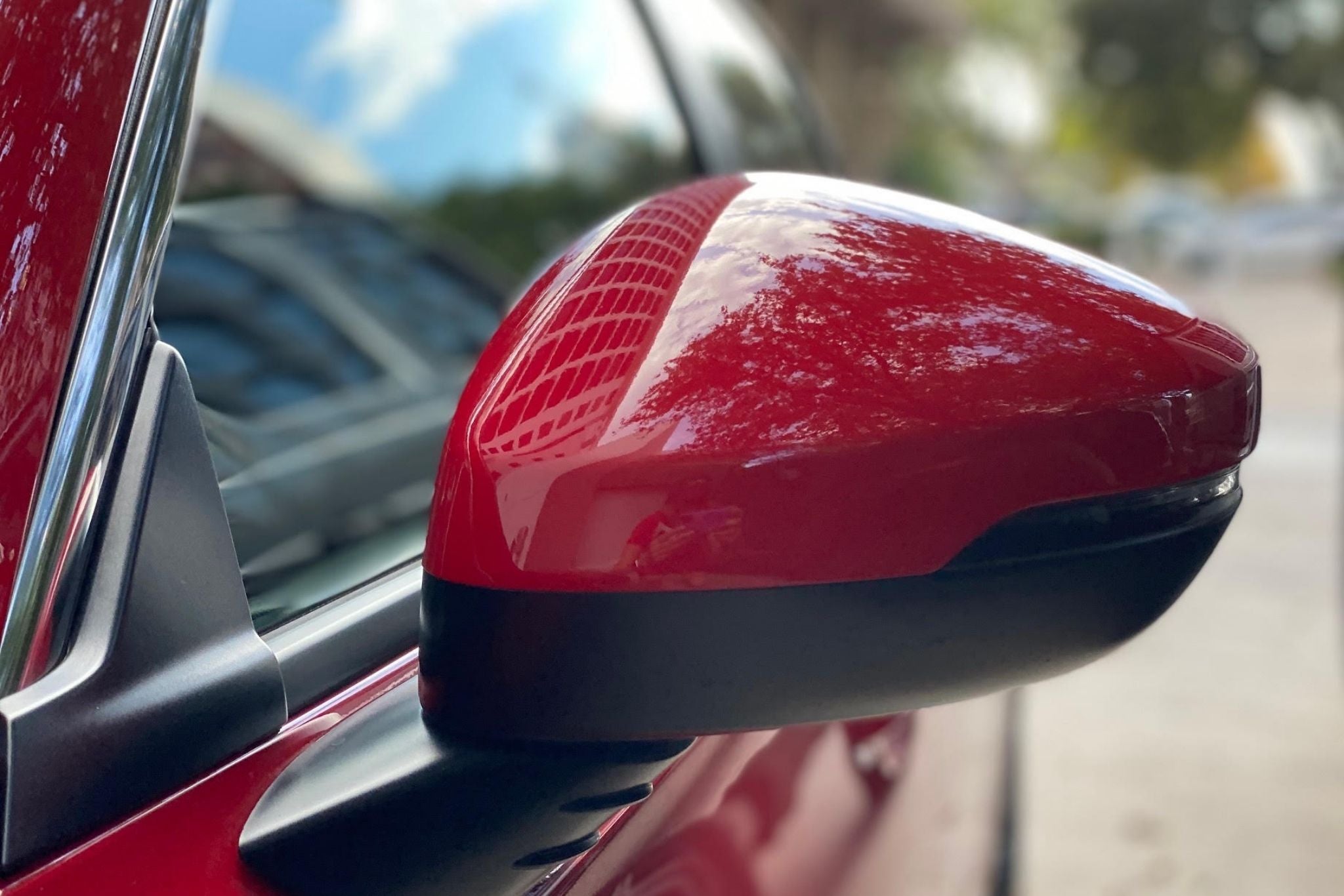 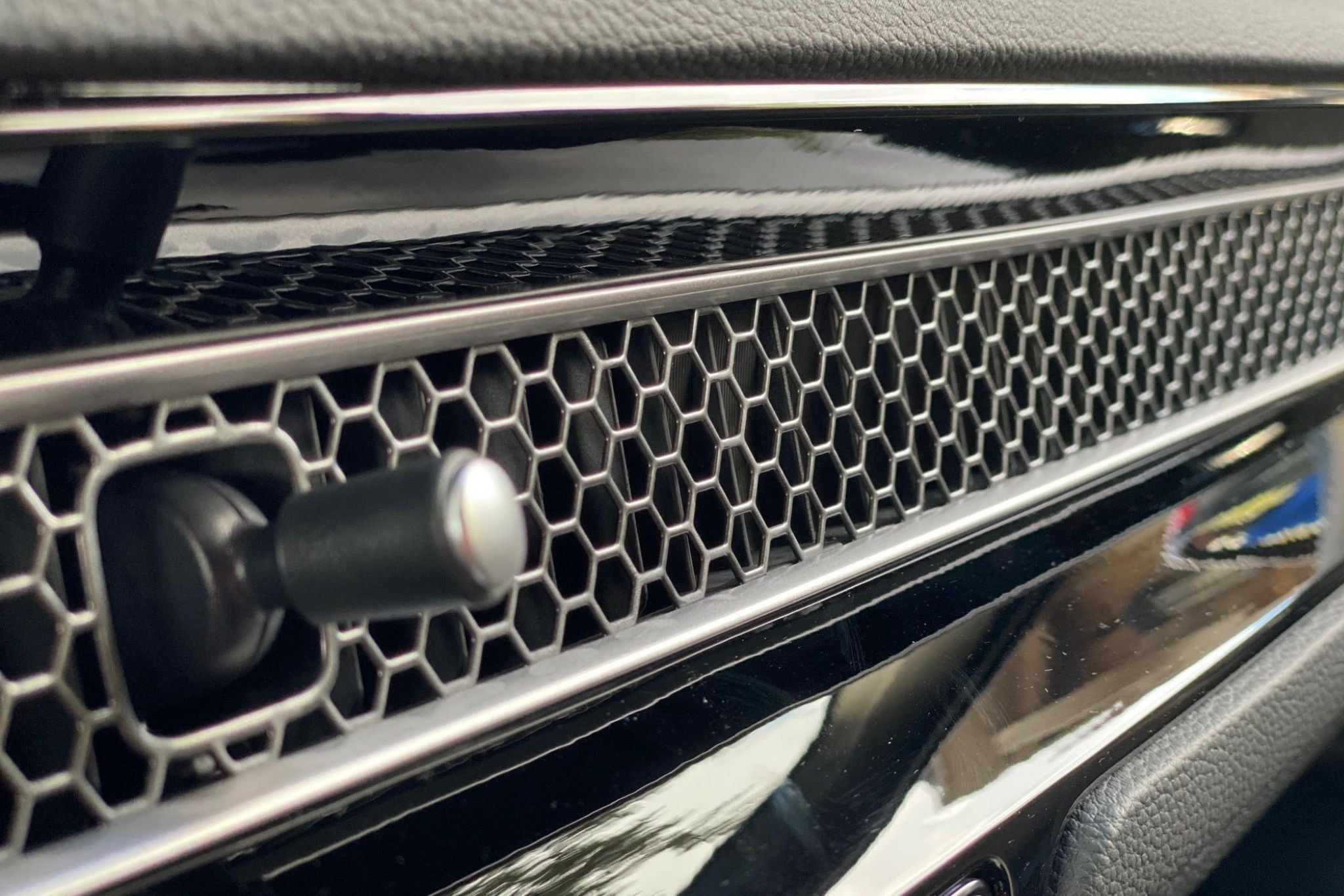 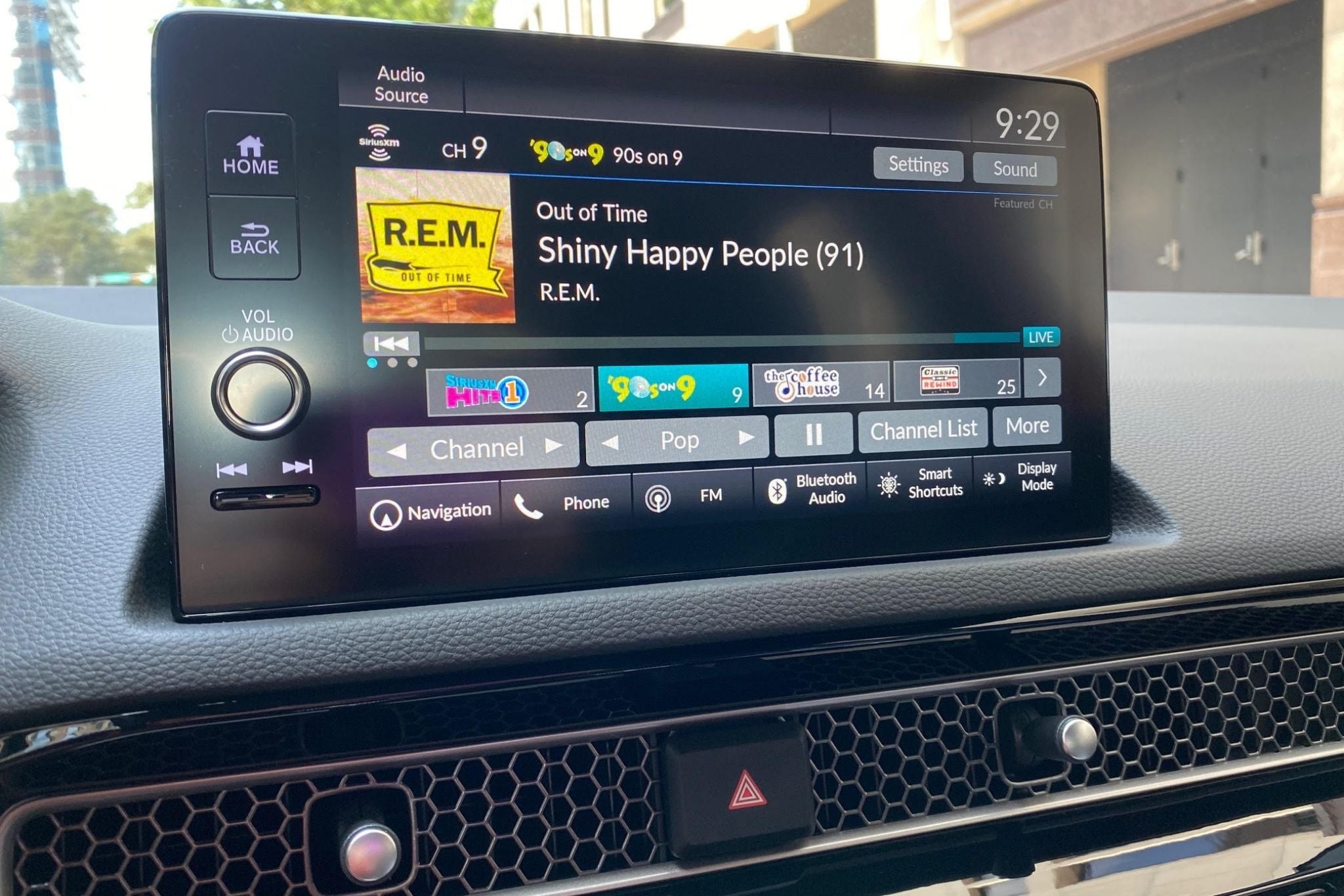 For 2022, standard features on the LX trim include 16-inch steelies, push-button ignition (buh-bye key), a decent four-speaker Bose audio system, a seven-inch touchscreen (which was pretty much unheard of in 1996) and Apple CarPlay/Android Auto. Most importantly, now it comes with forward collision mitigation, lane keeping assist (which is mild and unobtrusive), adaptive cruise control, a traffic sign reader, and auto high beams.

Honda designers added metal honeycomb mesh that conceals the air vents for 2022, which is a nice touch. Vents are manipulated by little joysticks that are strangely satisfying to use. It fits well with the overall aesthetic of the new Civic; simple, streamlined, and uncluttered. One thing I would say about the controls on the steering wheel is that they’re a little clicky versus a soft-touch toggle switch. Other than that, for the price there’s not a whole lot to complain about. 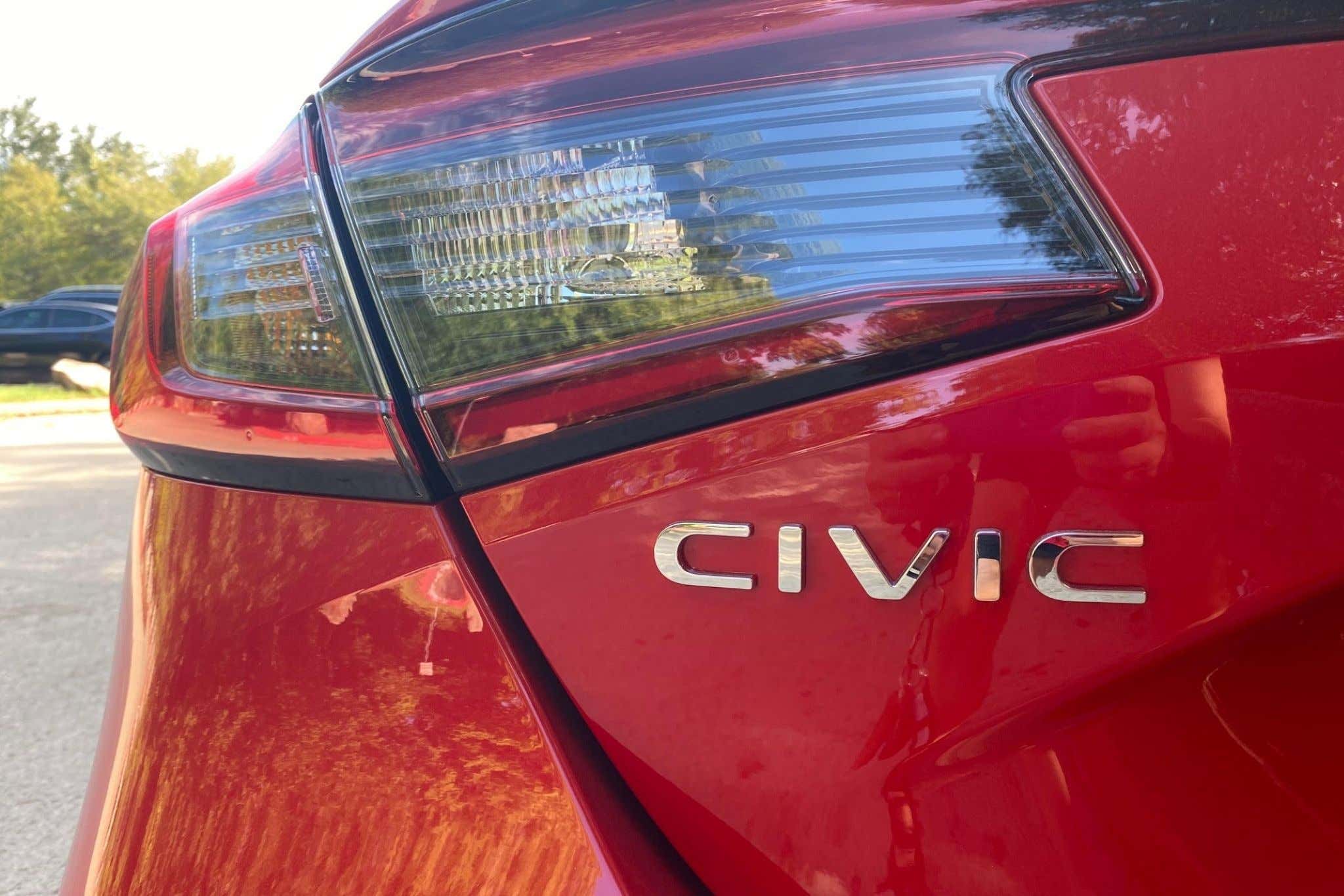 The bottom line is that the Civic is still as fun to drive as ever, especially in a hatchback. This is the kind of car you could have as a teenager, college student (pack the hatchback full of dorm room gear), or small family. It’s a great first car, because it is easy to park and the manual transmission is forgiving and easy for a beginner to use. If you’re shopping for yourself, go all the way with the Si variant and get the 200-hp version that comes with limited-slip front differential, bigger brakes, sport suspension, and sport front seats.

My 12-year-old told me that he wants a Civic when he rode with me in the 2022 model because it’s compact and “doesn’t require as much responsibility as a Rolls-Royce Ghost” (his dream car). In cost alone, that’s quite a spread between those two; without cracking a smile, I just nodded and said, “Noted.”