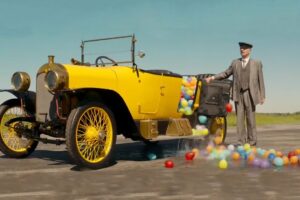 Advertising is part and parcel of running a major automaker. The great unwashed must be regularly educated as to the virtues of your product, and informed on pricing and special sales to shift units and keep the whole operation ticking over. Every so often, though, a car company decides to push the boat out and produce something a little more grandiose and conceptual. Audi did just that, throwing everything at its recent short film titled Led Balloon. It then went ahead and deleted it almost immediately after launch. Fear not, however, for you can still watch the illicit piece on YouTube.

The film has a running time of roughly 9 minutes plus credits. The overall theme of the piece is about how “often it’s the trees we miss for the forest.” The message is that we can easily “lose ourselves in the cycle of always the next thing,” with the video instead celebrating the virtues of existing in the moment and enjoying the now. 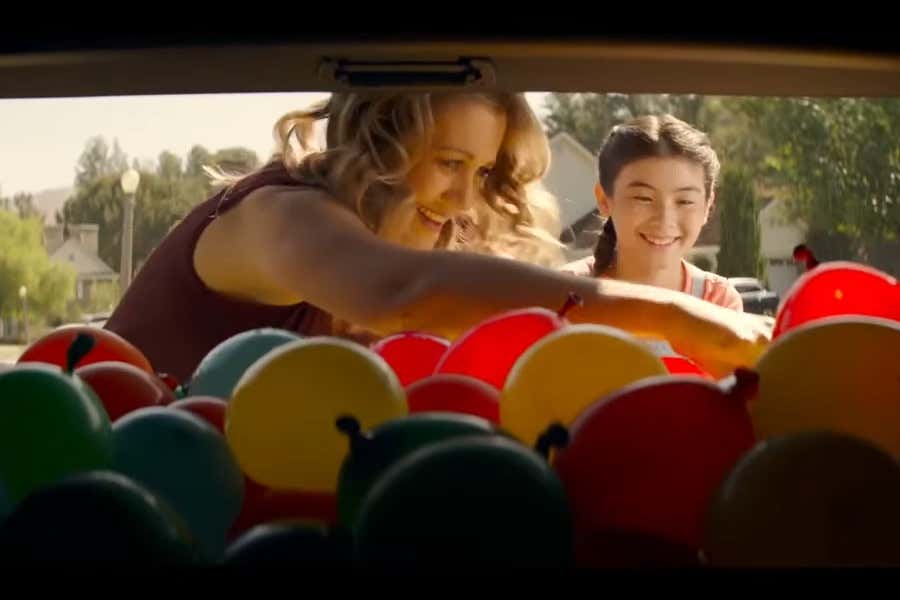 This vision is shared by following a business man on his commute home from work. Upon getting out of his Audi e-tron and putting it on charge, our protagonist, and his fancy suit, is quickly set upon by water balloons. Giggling children, presumably the man’s own, are the culprit, and a battle of ever-increasing intensity quickly ensues. Amusingly, at this point the video’s subtitles carefully warn the viewer that playing with water balloons around an electric car charger is actually a bad idea, with a clear instruction—”Do not attempt.” 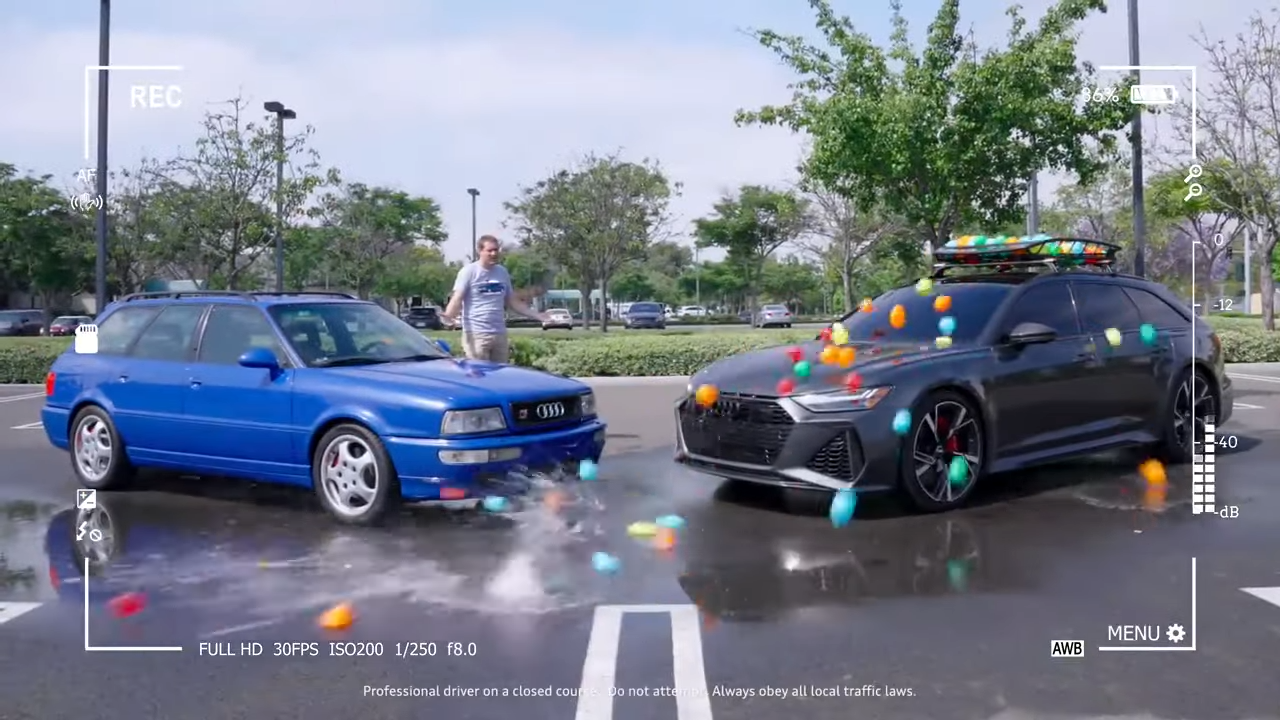 When the neighbors begin firing a salvo, our man is saved as his wife hustles in with her RS Q8, providing cover and much-needed ammunition to continue the fight. From there, things spiral into the truly ridiculous. Most of the suburb apparently gets involved, sprinklers are going off, and Doug Demuro gets a cameo. A cavalcade of historic Audi motorsport heros then enter the fray. Highlights include the Auto Union Type C from 1936 firing water balloons from its exhaust, and Walter Röhrl showing up behind the wheel of a Group B Quattro. Oh, and 99 Luftballoons—everyone’s favorite song about nuclear war—propels the action along in the middle act. 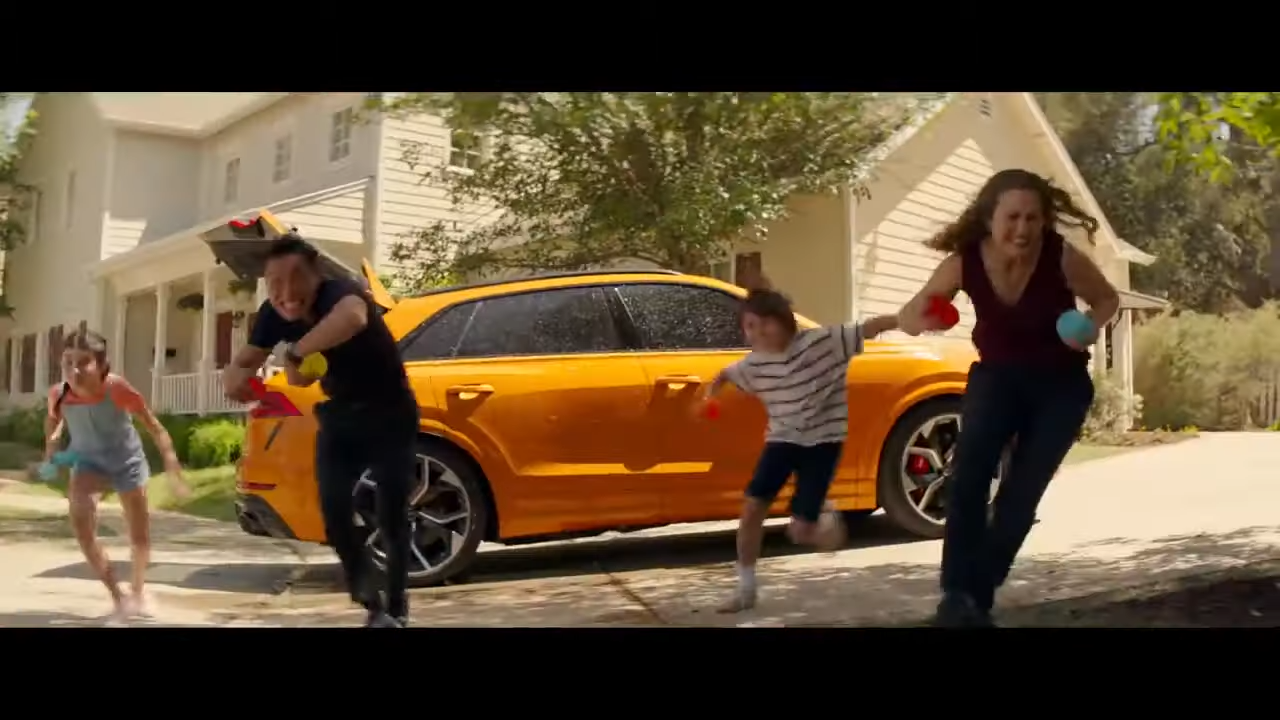 The family storms into battle.

It’s clear that the budget that went into this project was gargantuan. There’s a ton of vintage cars involved, multiple heroes from the world of motorsports, and, based on the credits, filming operations in California, Florida, Virginia, and Germany. 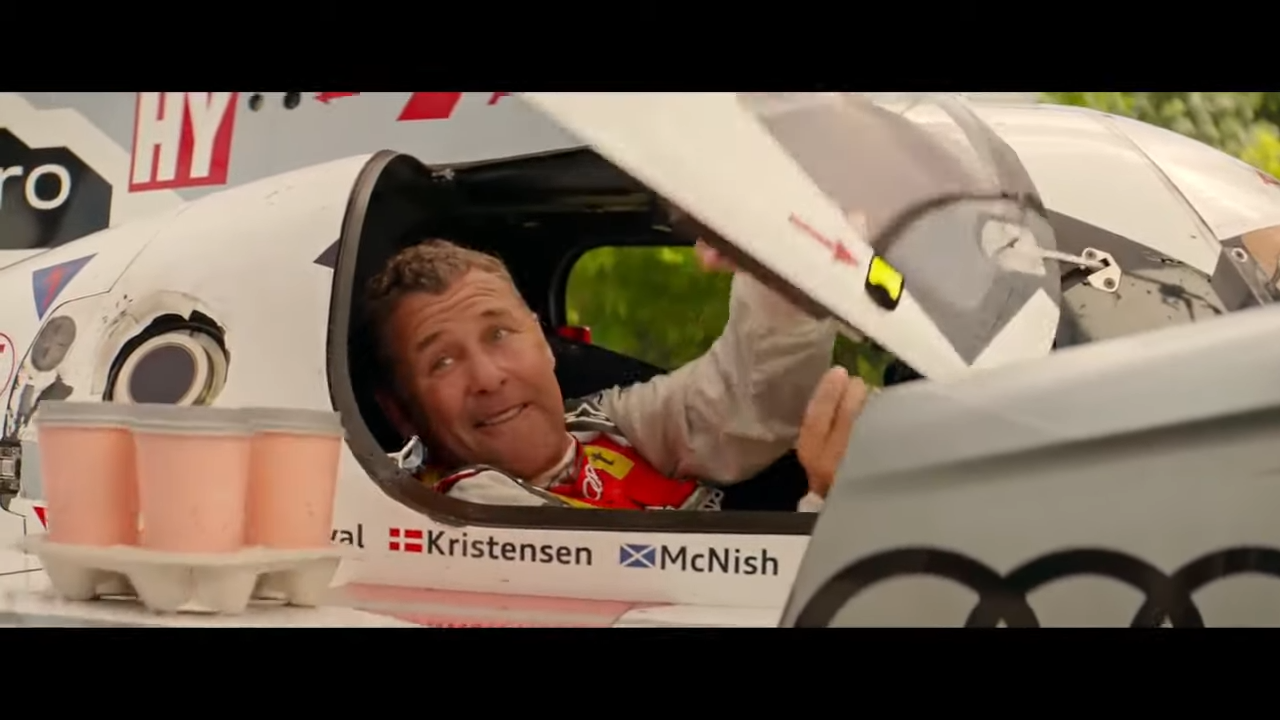 It’s not every day Tom Kristensen delivers your coffee in a Le Mans car.

The huge investment in time and money only raises the question why the video was killed shortly after release. The project was the work Audi America, though a rumor posted online stated that the decision to wipe the film came from head office in Germany, reports Tire Meets Road. In posts since deleted, the anonymous source claimed that Audi AG wanted the video dropped as they didn’t appreciate the way the product was shown, nor understood the point of the video. One can assume that when shown to the bigwigs in Germany, Led Balloon went over like a lead balloon. 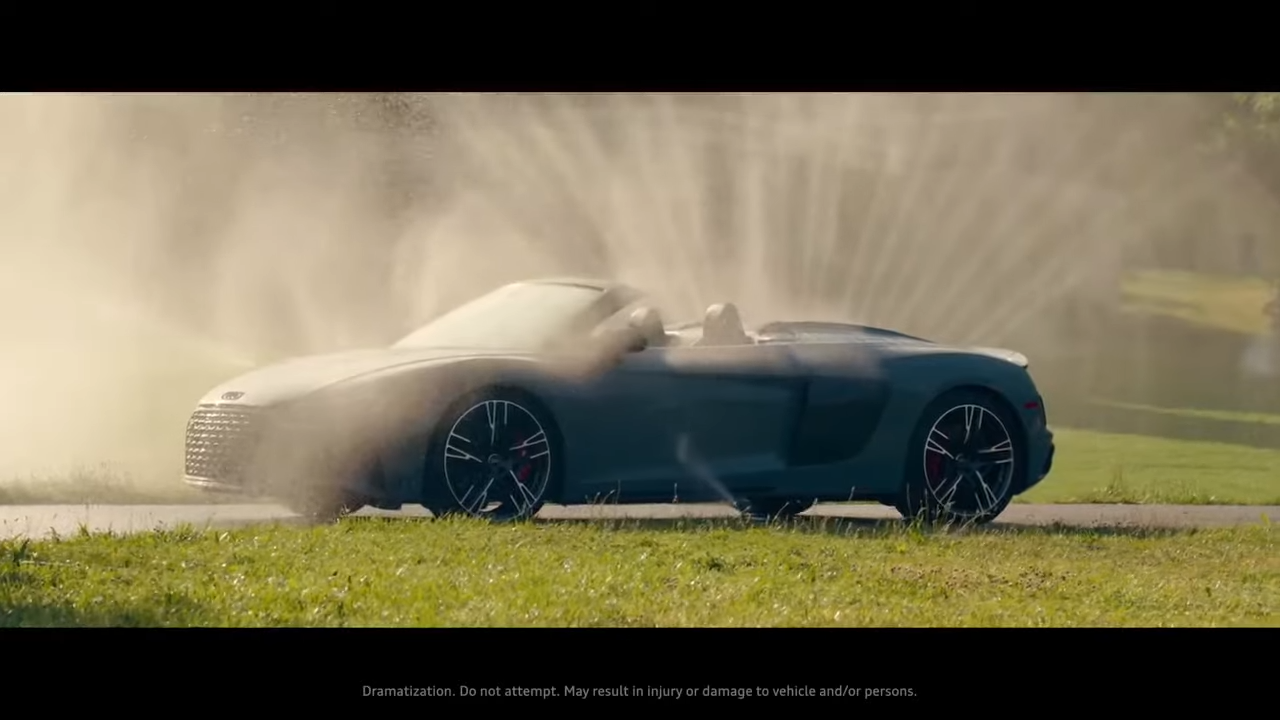 Okay, I can see why maybe the executives didn’t like some of these shots. But come on, lighten up! Didn’t you watch the film?

Obviously, an anonymous rumor isn’t much to go on, but the video was nonetheless scrubbed from Audi’s social media leaving nary a trace. The video doesn’t seem to be particularly offensive to this journalist, or in any way inappropriate, but clearly someone that mattered in Audi thought it had to die, and it did. It’s not the first piece of Audi advertising that’s been put down in recent years, either; last year, the BBC reported on an Audi piece that was killed for depicting a young girl eating a banana.

The video will never go away now, as once you tell the Internet you want to hide something, they’ll make sure it’s up there forever more. Perhaps in time we’ll get a clearer idea of why Audi wanted to kill what is ostensibly a fun and very expensive video.