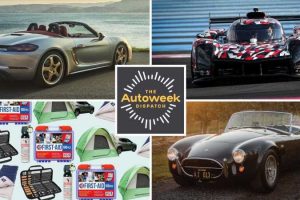 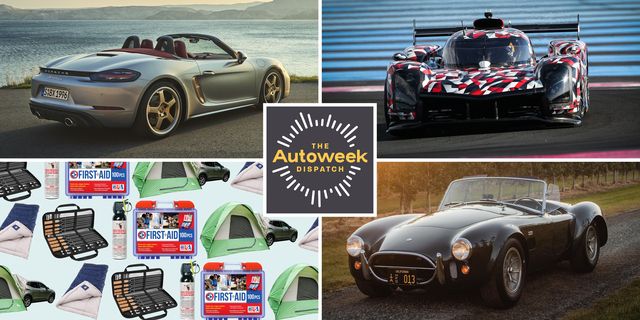 Ford’s racing boss gave us some fascinating background on his team’s incredible simulators. Here’s what’s happening in the car world:

The 2021 racing season is coming at us in a hurry, and in some ways it looks like it could be close to a repeat of 2020 in terms of COVID-19-related restrictions. Formula 1 has postponed both the F1 Australian and Chinese Grands Prix, for example, and NASCAR plans to again largely operate as a series of one-day shows with no practice or qualifying. In fact, just eight NASCAR races are scheduled to have practice or qualifying sessions, meaning a whopping 28 are not. You can bet other sanctioning bodies will continue juggling their schedules, and it could go on all summer. With less testing and practice, race teams and automakers are relying more than ever on simulators, and the simulators are becoming more sophisticated. We reached out to Ford Performance Motorsports boss Mark Rushbrook for a behind-the-scenes look at how Ford’s simulators are now more than ever playing larger, more important roles.

“No practice and qualifying is going to continue again this year at NASCAR races,” Rushbrook told Autoweek, “so when your first laps at a track are the first laps of the actual race it puts a stronger emphasis on the simulation programs to be ready to go from lap 1 of the race.”

Ford’s simulators are located in Charlotte, North Carolina, and were installed in 2014; Rushbrook told us that they’ve become more and more important since they were installed. “Initially it was used for driver training and familiarization and then we were able to start using it for actual race car setup work leading up to a race. So now we can refine the setup and make sure it’s going to be right before we even load the car into the transporter and head to a race weekend.”

Here’s how it works: The simulator is basically a motion platform with 6 degrees of freedom. Bolted to the platform is what Ford calls a buck, which is a representation of the race car’s cockpit with 10 hi-res projectors giving 3D representation. Underlying all that is a physics model of the car itself, representing the weight, inertia, stiffness and suspension geometry. The simulators also model the tires. “We have a very sophisticated tire model,” Rushbrook told us, “that can represent tire wear and temperature as the tire does more and more laps.”

It all means that the driver feels like they’re in the racer driving on the track. “We need that level of detail in that physics model to be able to accurately represent what’s going to happen on the track.”

Of the eight races where NASCAR will have practice and qualifying, some are at new venues or configurations such as the Bristol Motor Speedway Dirt Race, Indianapolis Motor Speedway Road Course, Circuit of the Americas, Nashville Superspeedway and Road America. Ford had some of those loaded into the simulator already because of the Ford GT IMSA program, but the simulator engineers are loading the Bristol dirt track into the simulators as quickly as possible. “We need to understand exactly how they’re going to put the dirt in there and what type of dirt it is and how it gets prepared and packed down so we can accurately represent the tire model on that type of surface. But we have to be quick because that race is at the end of March.”

Rushbrook told us that the simulators are used across all of Ford’s racing programs around the world, from NASCAR to World Rally, as well as for production-car development. For example, the simulators were used heavily to develop the Mustang Mach-E. “Being an EV it was a new architecture to us, and the Mach-E development team spent a lot of time in the simulator before they had any prototypes and even fine-tuned the car on the simulator after they had them.”

Knowing more about Ford’s simulators will make the 2021 racing season more interesting to watch, for sure!

Believe it or not, Porsche’s Boxster is 25 years old and to celebrate the company is releasing a special edition. Porsche is taking the Boxster GTS and adding silver finish and a red interior, drawing on the same combination that dressed the Porsche Boxster concept from the ’93 Detroit auto show. Only 1,250 are being built, so act fast!

Everybody loves flying cars. Just like jet packs and robot servants that laugh at our jokes, flying cars offer limitless possibility, a huge leap over the mundanity of everyday life, and a science fiction-like view that the future has finally arrived. And at CES flying cars are now almost a requirement. This year, for example, FCA announced a partnership with Archer Aviation to make electric Vertical Takeoff and Landing craft, or VTOLs, and GM stepped up to the launch pad with, if not a physical model, at least an impressive CAD demo of its own. Since CES is all online this year, maybe a flying car video was more appropriate. “We are preparing for a world where advances in electric and autonomous technology make personal air travel possible,” said GM VP of global design Michael Simcoe. We say bring it on!!!

Toyota revealed images of its new LMP1 race car, the GR010 giving us our first real look at the car that’s almost certainly going to win the 24 Hours of Le Mans this year. The car is going to compete in the LMH category (Le Mans Hypercar). Horsepower is capped at 680.

Germany’s Jost Capito has been named Williams F1’s CEO, and I can’t think of a guy with a more well-rounded background. Capito has been in the motorsports departments at BMW and Porsche and ran Ford’s motorsports operation in Europe. He moved to Dearborn, Michigan, to become head of Ford’s Special Vehicle Team and left to become head of motorsport at Volkswagen Motorsport, overseeing the company’s successful World Rally Championship team, which won four straight drivers’ and constructors’ titles. His Williams tenure begins Feb. 1.

Driverless Indy-car racing is coming to the Indianapolis Motor Speedway on Oct. 23. How does it work? The race, called the Indy Autonomous Challenge (IAC), features the familiar Dallara chassis racing head to head at IMS in a 20-lap (50-mile) high-speed test of man and mach- … er, just machine, and autonomous technology. Thirty-nine teams representing more than 500 students and teachers from 14 countries and 11 states will vie for a $1.5 million purse. The IAC says the cars should hit 200 mph. The first of three IMS test sessions is scheduled for June 5-6. Should be interesting!

Mecum’s big Kissimmee sale is in full swing. We flipped through the auction catalog to see what is scheduled to sell during the auction’s final weekend, when a lot of the big-ticket cars are featured. Check out our list of cars you should pay particular attention to. You can tune in to track the Kissimmee auction on NBCSN, or you can follow their YouTube stream.

THIS WEEK IN GEAR

Since you love cars and racing, you love the gear and trinkets that go along with it. This week we’re highlighting stuff to help you keep your car organized (we can sure all use that!), gear to make you fall in love with camping, things to bring on the road to keep the kids occupied and, of course, much more. Check it all out!

On this week’s episode of Quick Spin, Patrick Carone puts the new Mercedes-Benz G-Class to the test on a road trip from Manhattan to upstate New York and takes you along on the journey with recorded segments that bring you into the car with him. He also walks you around the vehicle and highlights all the specs and features. Between those segments he elaborates on his observations with host Wesley Wren. The two also work to get to what makes the G-Class stand out in a sea of other special cars. Tune in here, on Spotify, Apple Podcasts, Stitcher or wherever podcasts are played.

“Race car drivers have developed intuitive decision-making in milliseconds. It’s anticipatory reaction. You can’t wait to react. It has to happen almost instinctively at the speeds that we go. I don’t know how the heck [the autonomous cars] are going to be able to do that. How can you program a computer in an autonomous vehicle that can have that kind of anticipatory reaction that we have?”

That’s it for this week. As always we’re on the case this weekend, monitoring and reporting on automakers’ and sanctioning bodies’ latest happenings. We’ll continually update the site, of course — you’ll know what’s happening when we do. Check back often!