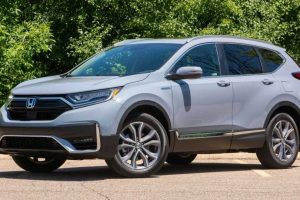 2021 kicking off with some great deals.

Usually, the holiday season is probably the best time of the year to buy a new car because many automakers offer attractive deals for some of their best-selling vehicles. It turns out the first days of 2021 are also good for a new car purchase as two brands have just announced 0 percent APR deals.

Starting with Chevrolet, the American marque has reintroduced its 84-month 0 percent APR deals, as revealed by leaked dealer incentive bulletins brought to our attention by CarsDirect. The offer is available for many Chevy models with the 2020 Bolt electric vehicle offering the most extreme 0 percent APR deal with $7,000 in cash.

Meanwhile, Honda has also announced its first 0 percent APR deal for a selection of models. As CarsDirect reports, the following models are included in the campaign: Civic, HR-V, CR-V, CR-V Hybrid, Passport, Pilot, and Ridgeline. More importantly though, Honda offers a 0 percent APR deal not only on 2020 models but also on some of the latest 2021 model year examples.

The 2021 CR-V, for example, is available at 60 months with 0 percent APR and a $500 bonus. The 2021 Pilot has the same lease deal but with a higher $1,000 bonus, though you might not be offered the full amount at all dealers around the country.