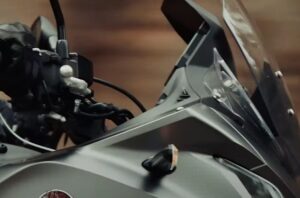 Honda will reveal a new touring motorcycle for the international markets on October 21, 2021. The company has released a teaser video of the same.

Reports suggest that the upcoming motorcycle would be called the Honda NT1100. It is expected to have Africa Twin’s 1,082cc engine which is capable of producing 97 BHP and 103 Nm. Other features that would be borrowed from the ADV include the DCT and the touchscreen instrument cluster with dual displays offering Apple CarPlay connectivity.

It is being said that the new Honda touring motorcycle would compete with bikes such as the Kawasaki Ninja 1000SX. It would be interesting to see whether Honda brings it to India or not.