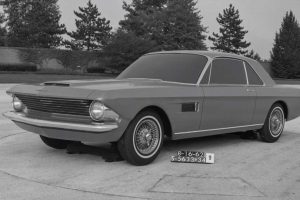 In honor of the Ford Mustang approaching its 57th birthday, the Blue Oval flipped through its archives in hope of finding something neat to commemorate the occasion. What it discovered was a series of early-1960s design documents that predate the car’s christening as Mustang, and outline its early gestation as a strange-looking sports coupe codenamed T-5, or the “Special Falcon Project.”

This Mustang pre-history actually begins back in 1961 with the Chevrolet Corvair Monza, a compact car of inordinate interest to Ford for two reasons. One, it was eating the lunch of Ford’s equivalent Falcon Futura. And two, it was particularly popular with young buyers—a group Ford was keen to convert into lifelong Blue Oval loyalists. So, with the Falcon Futura fizzling against the larger Fairlane and similarly sized Chevy II, Ford was forced to confront the Corvair Monza more directly, which it did in November 1961 with a project codenamed T-5. 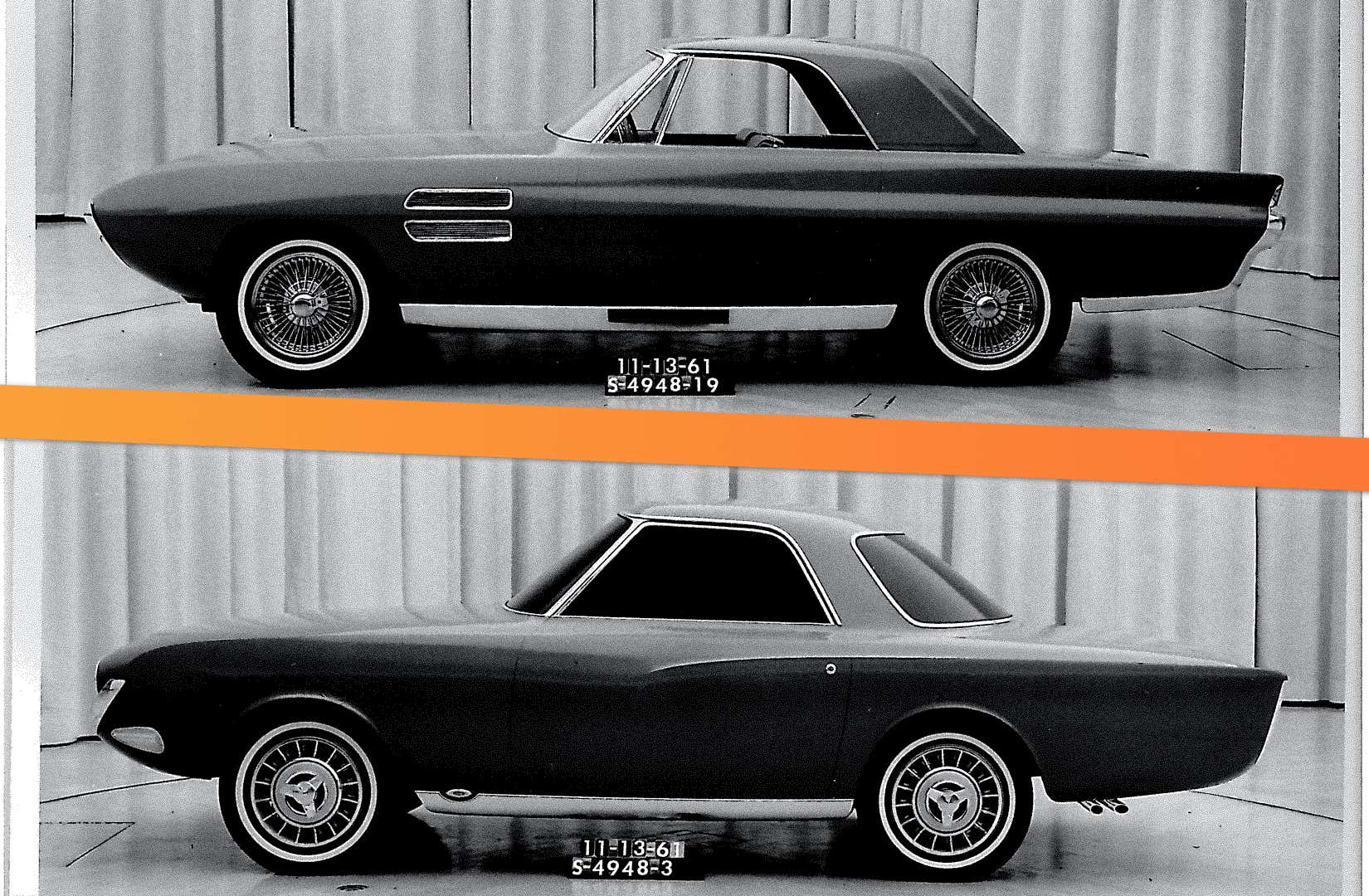 T-5’s premise, as determined later on, was simple enough: Produce a car for the “small, four-passenger, performance-oriented, sports vehicle” segment that could be made with as many preexisting parts as possible. To contrast the relatively humdrum Falcon and Corvair, though, it had to have a unique body, the first two candidates for which were presented that November. Between a pair of designs called the Cardinal (bottom) and the Median (top), management initially preferred the latter, though the following March it rejected the Median, and sent stylists back to their drawing boards. 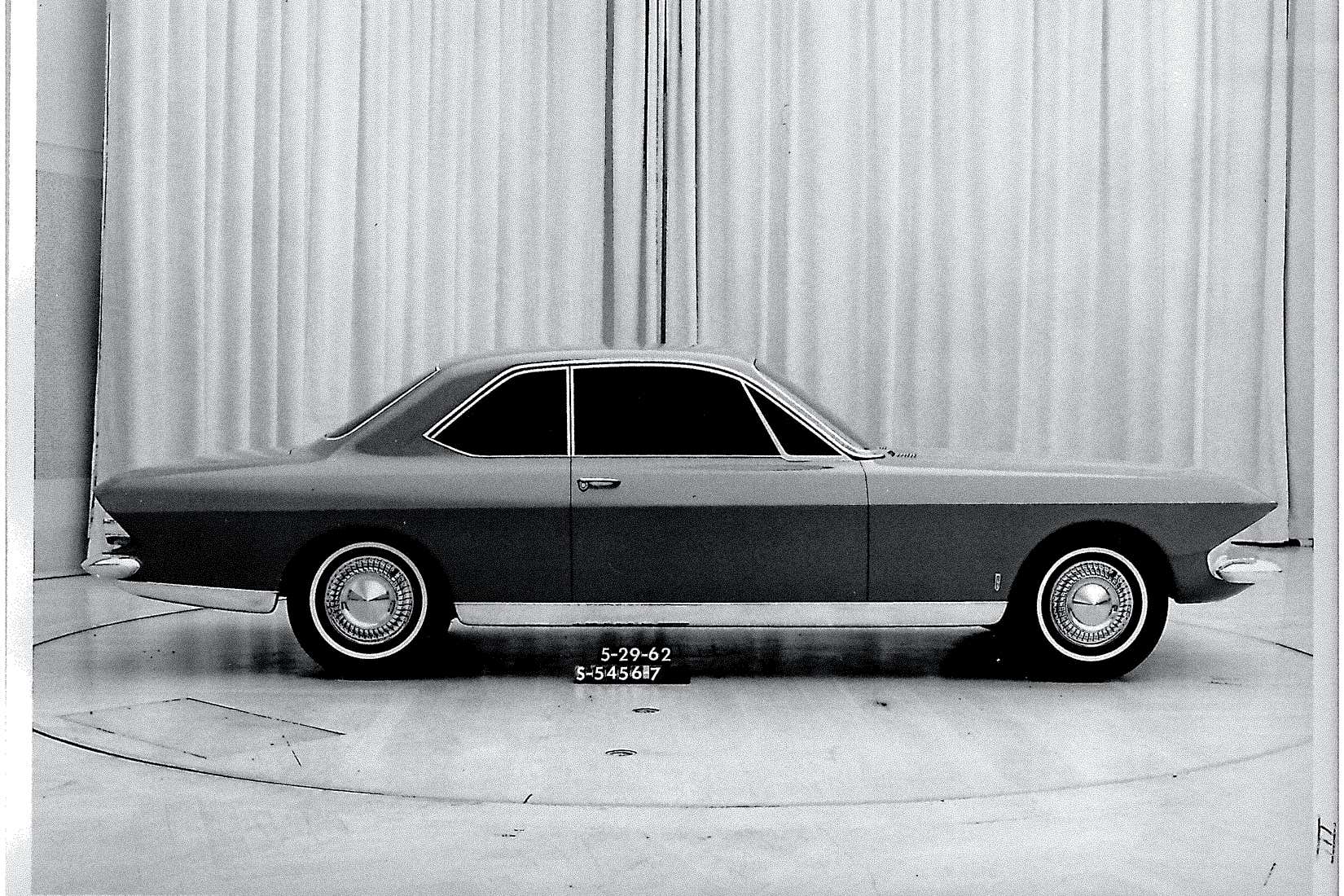 In May, management and the T-5 team reconvened to examine a new design, this one called Allegro. This time, the bigwigs rejected it outright for being “not sporty enough,” and when further variations were presented in July, Ford’s designers were “asked to start again.” But while T-5 styling proposals had been nothing but dead ends so far, its project leads could at least take comfort knowing corporate had “essentially approved” the T-5, and that donor mechanicals had been identified. After considering repurposing parts from the Fairlane to the Thunderbird, and even an imported Ford Britain model—believed by Ford to be either the Cortina or Consul Corsair—Ford settled on those of the Falcon, which in turn gave the program its Special Falcon name. 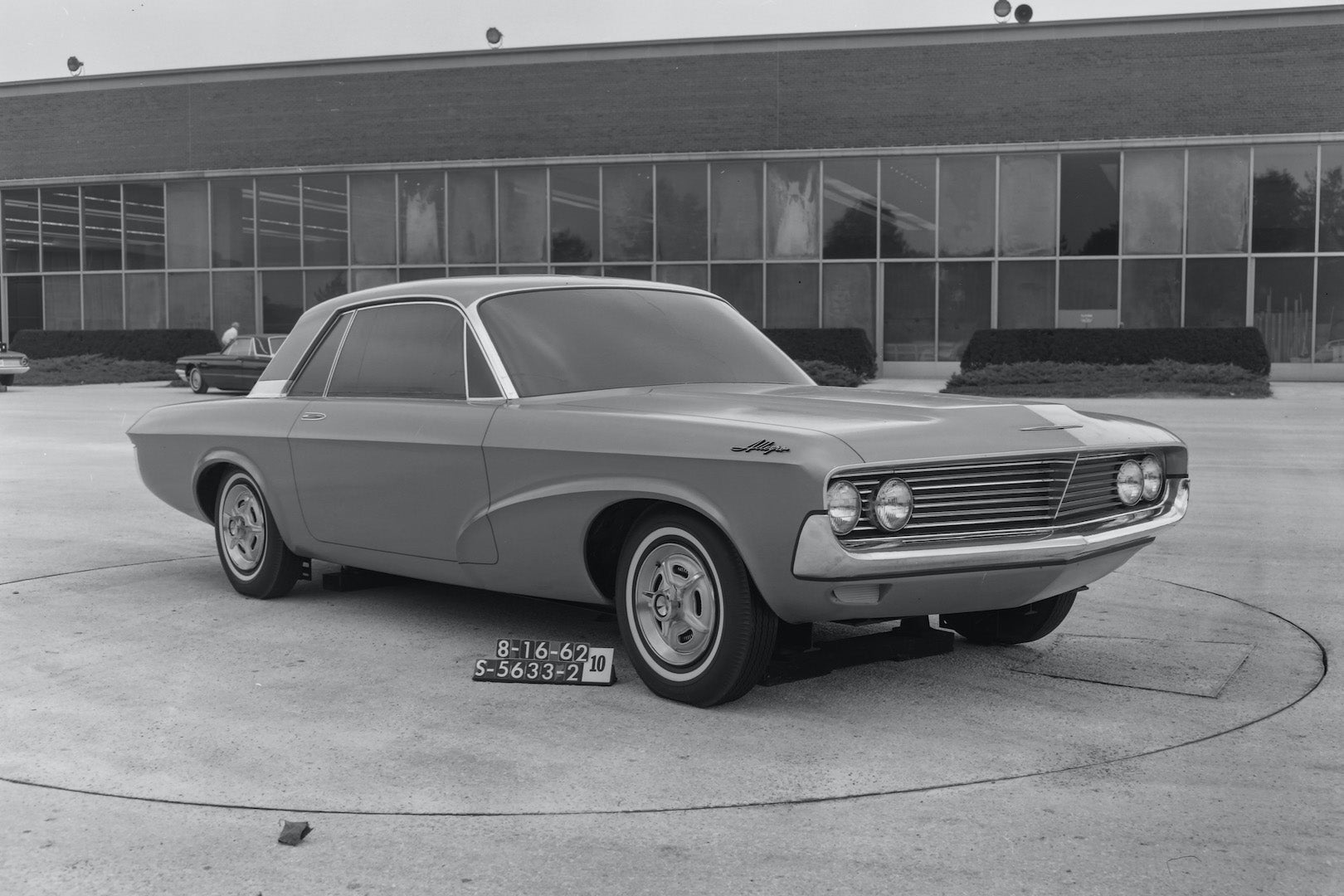 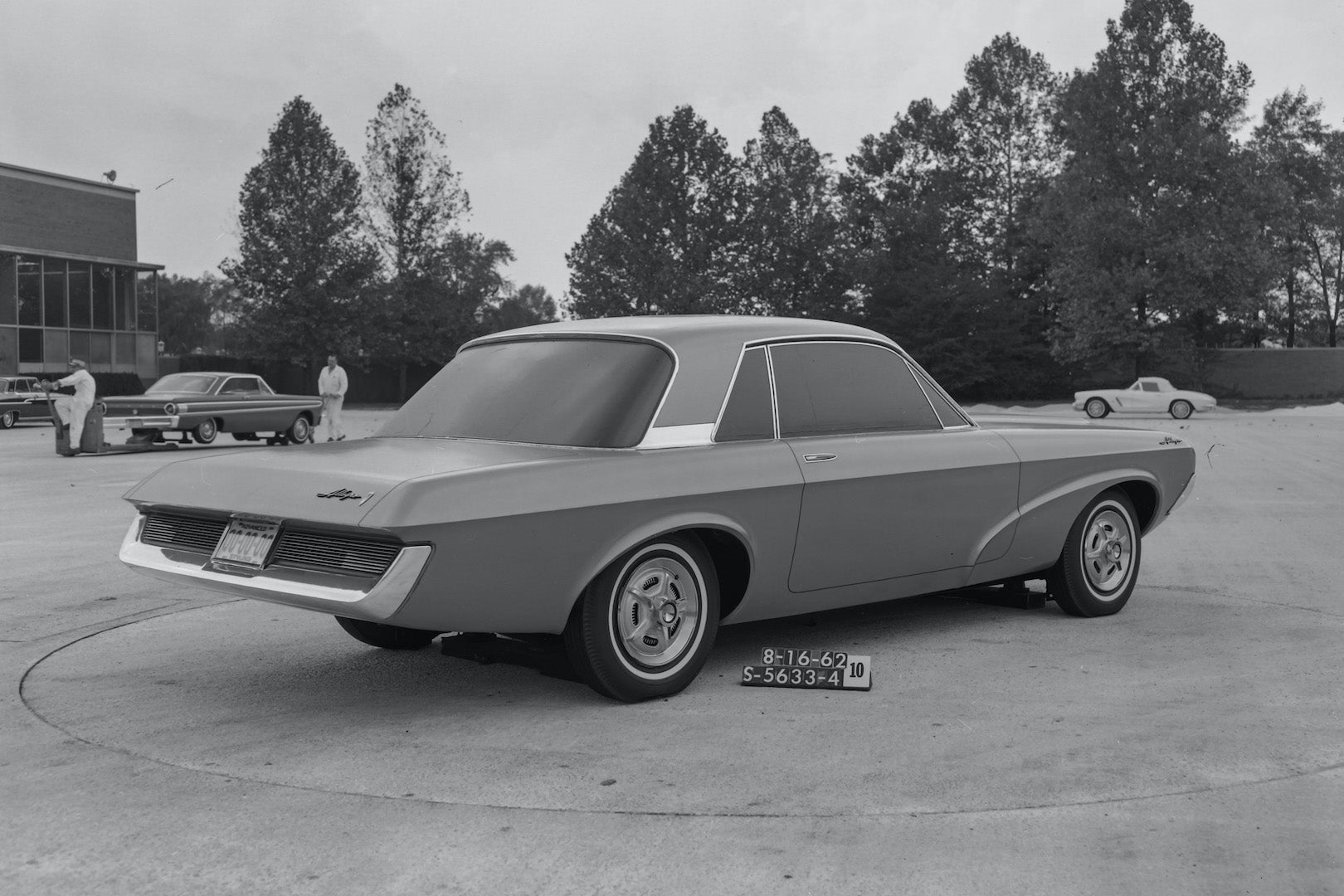 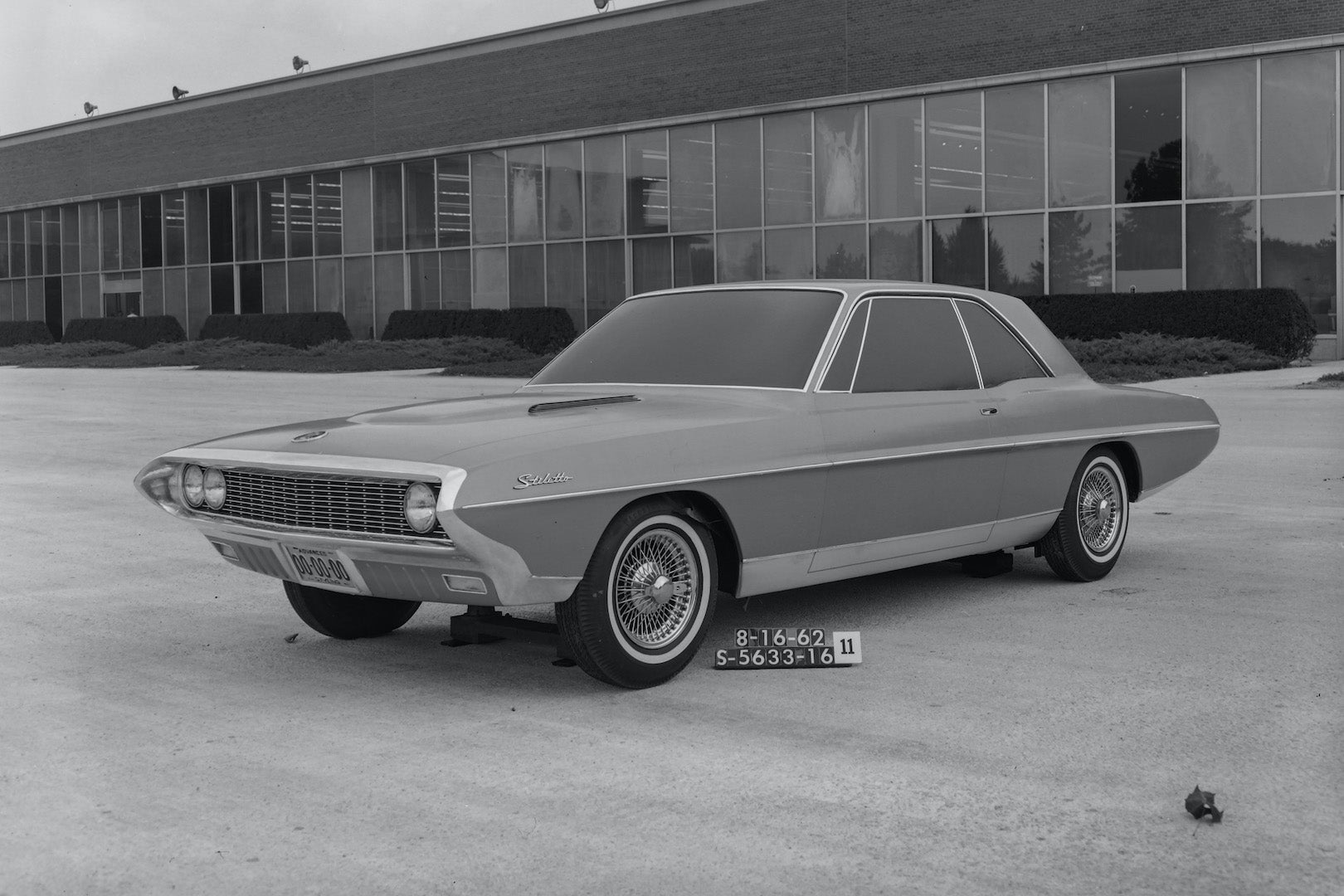 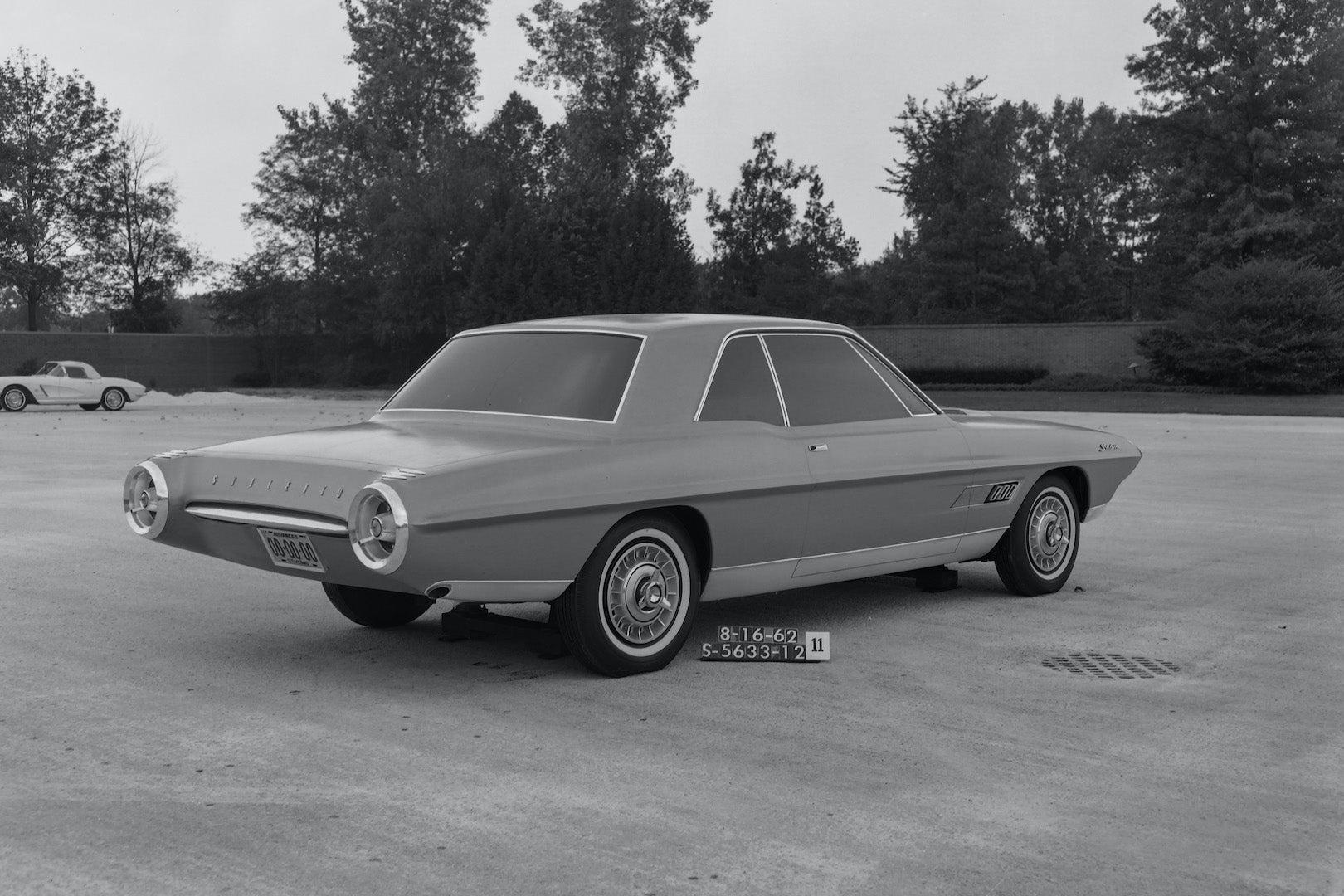 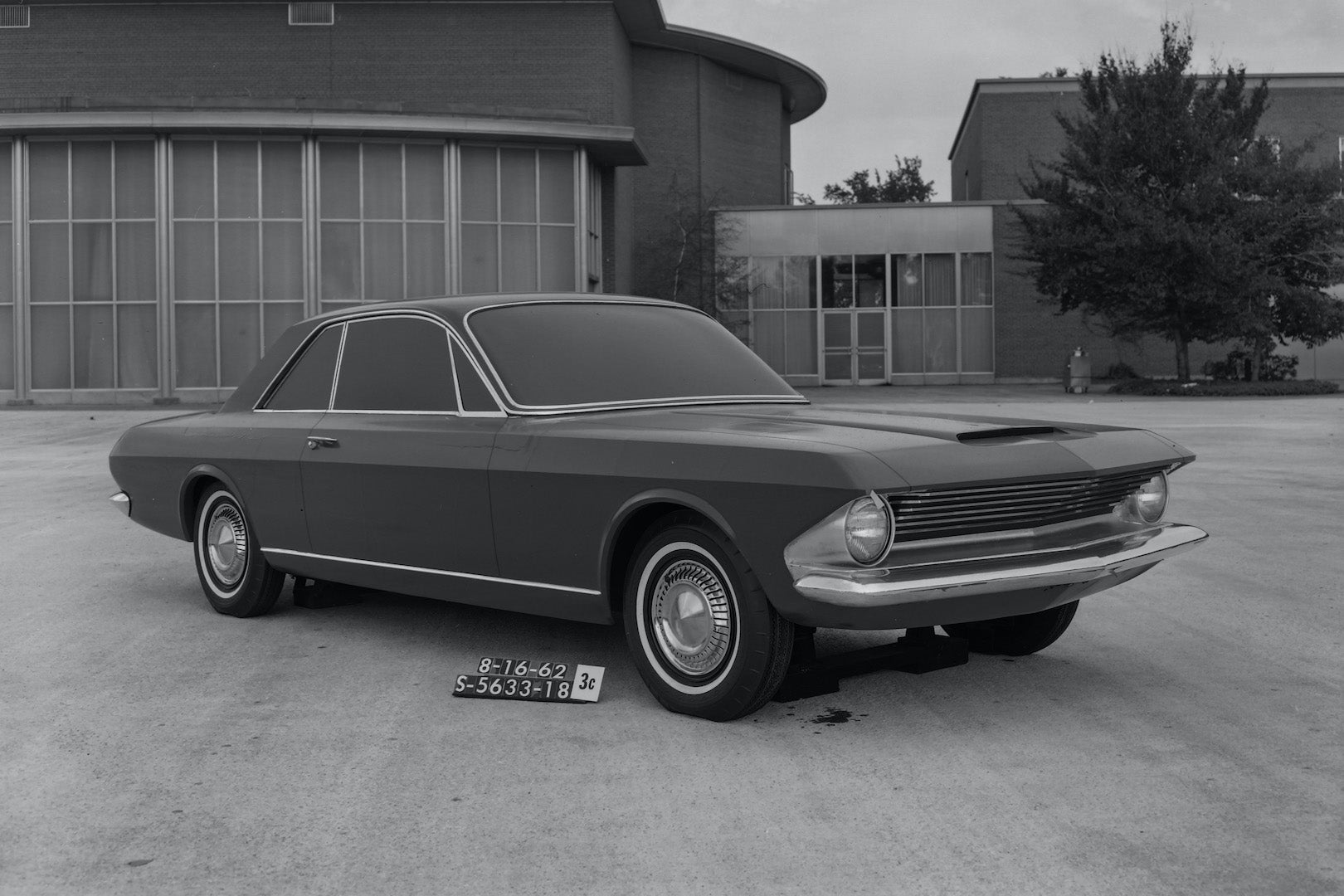 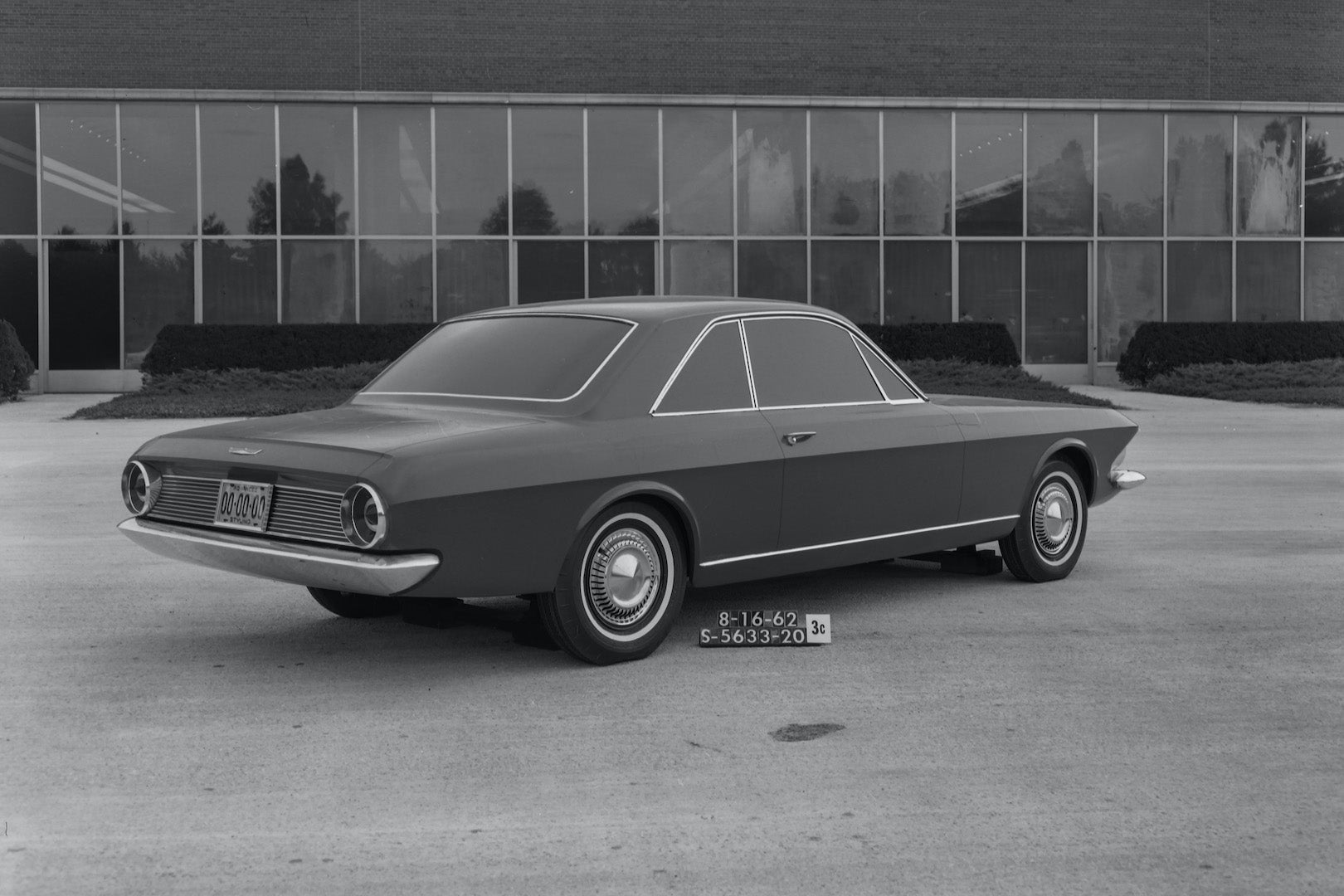 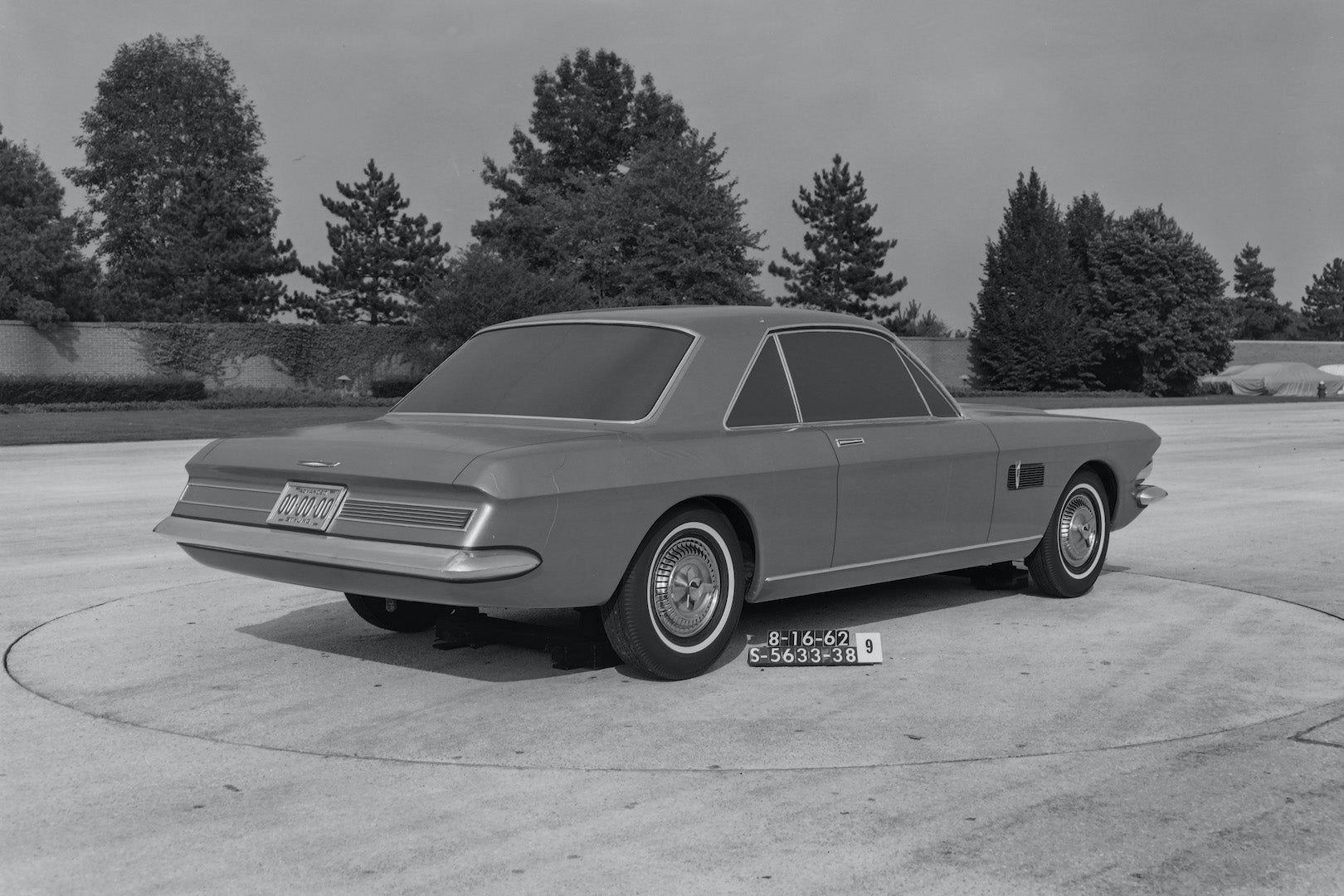 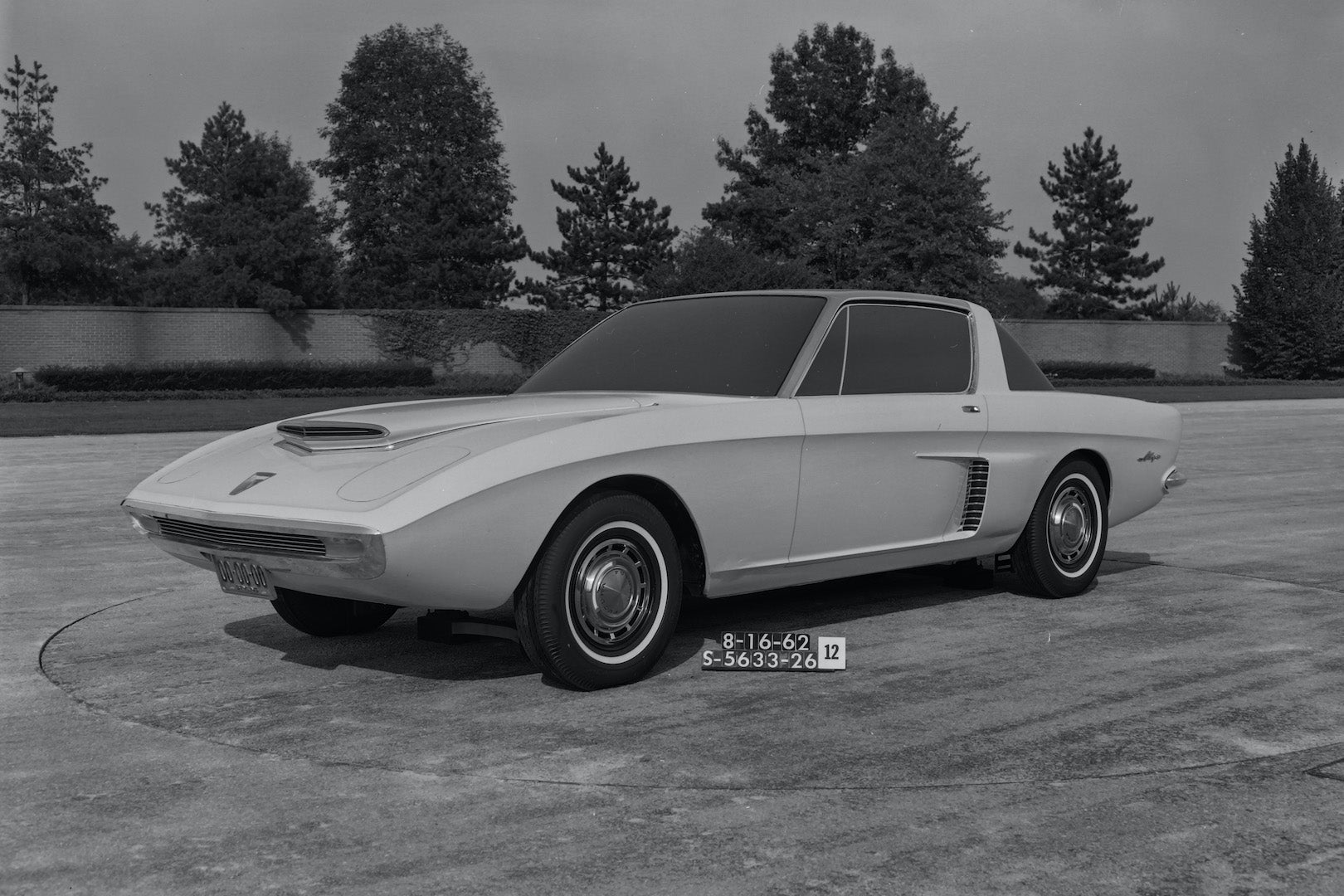 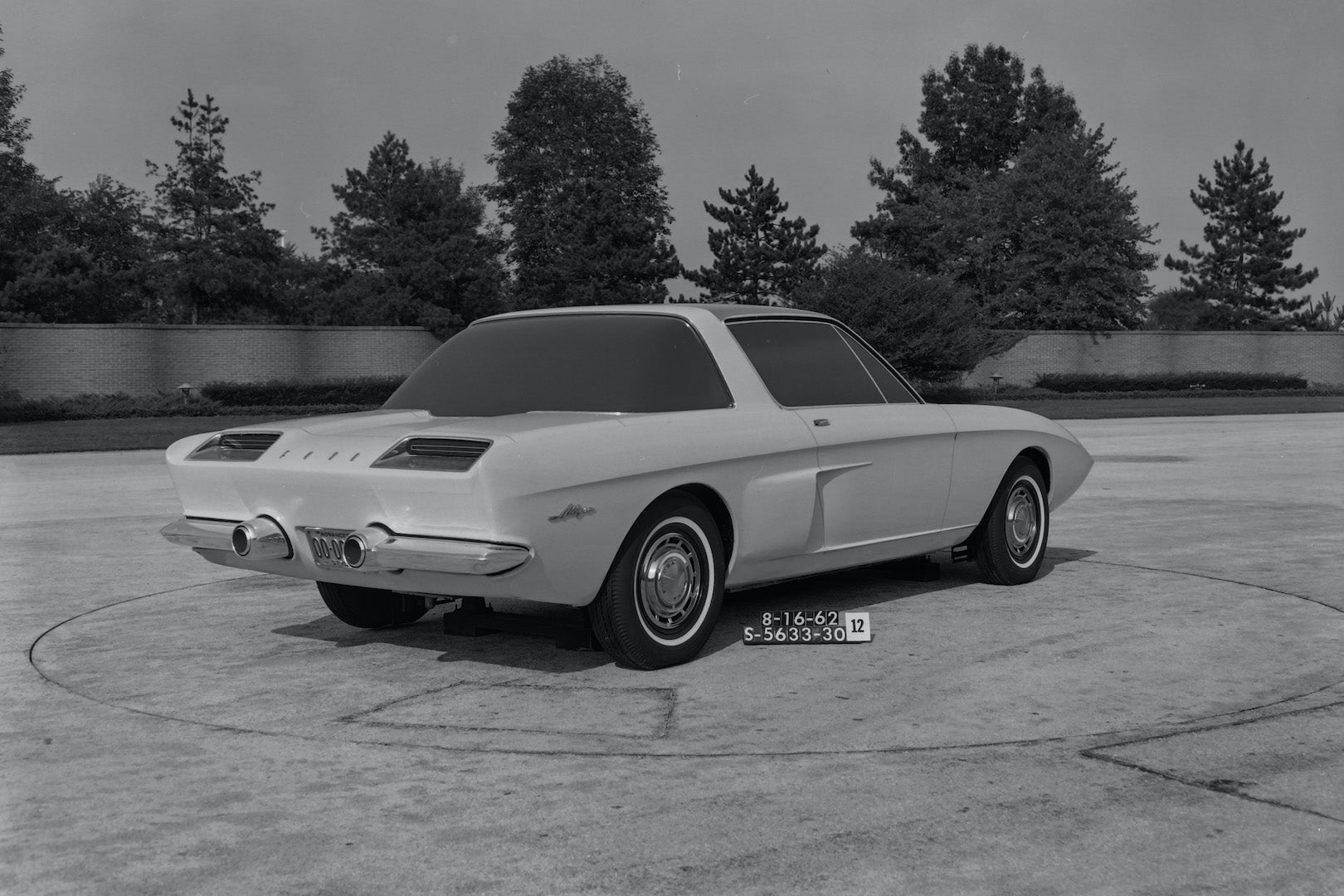 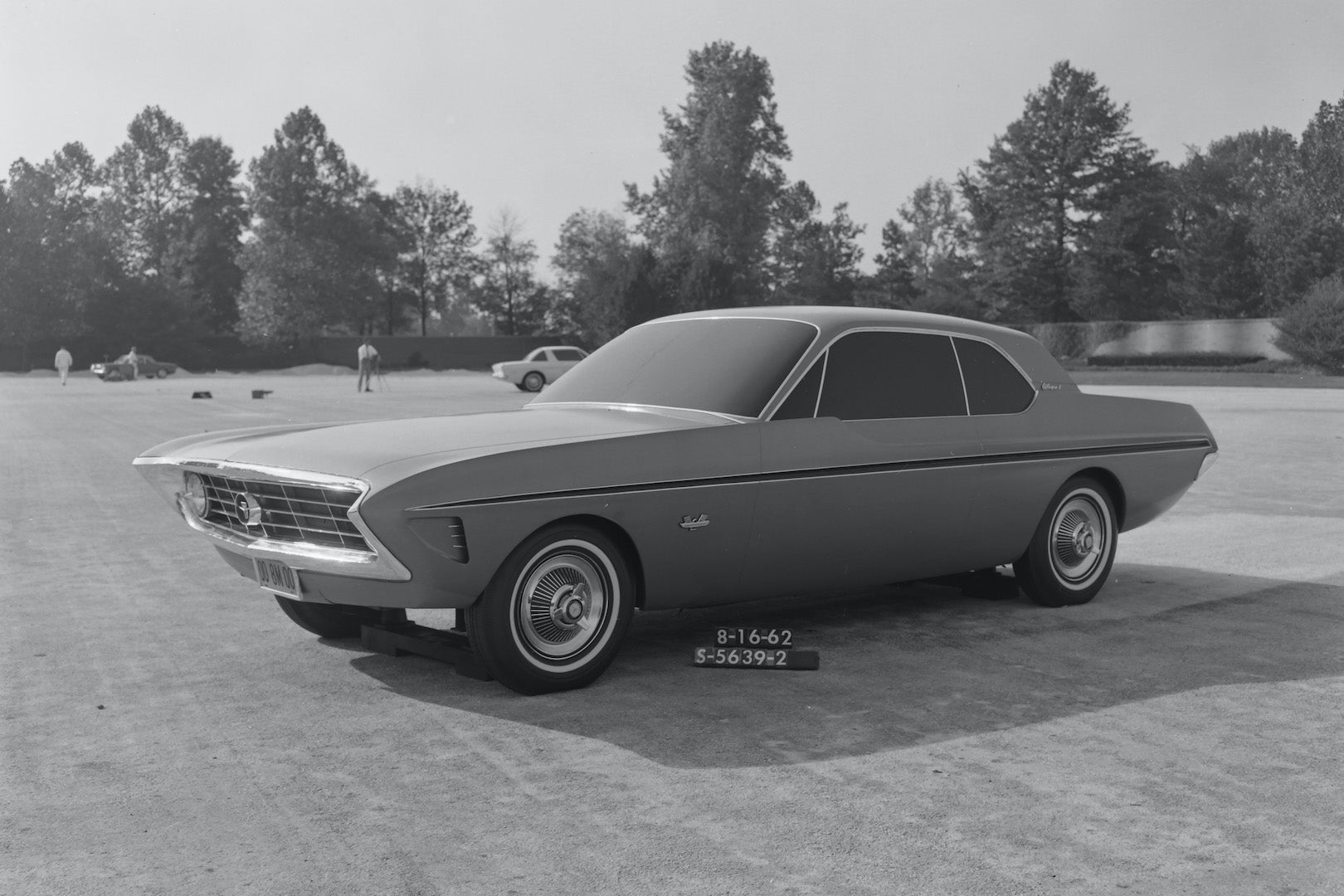 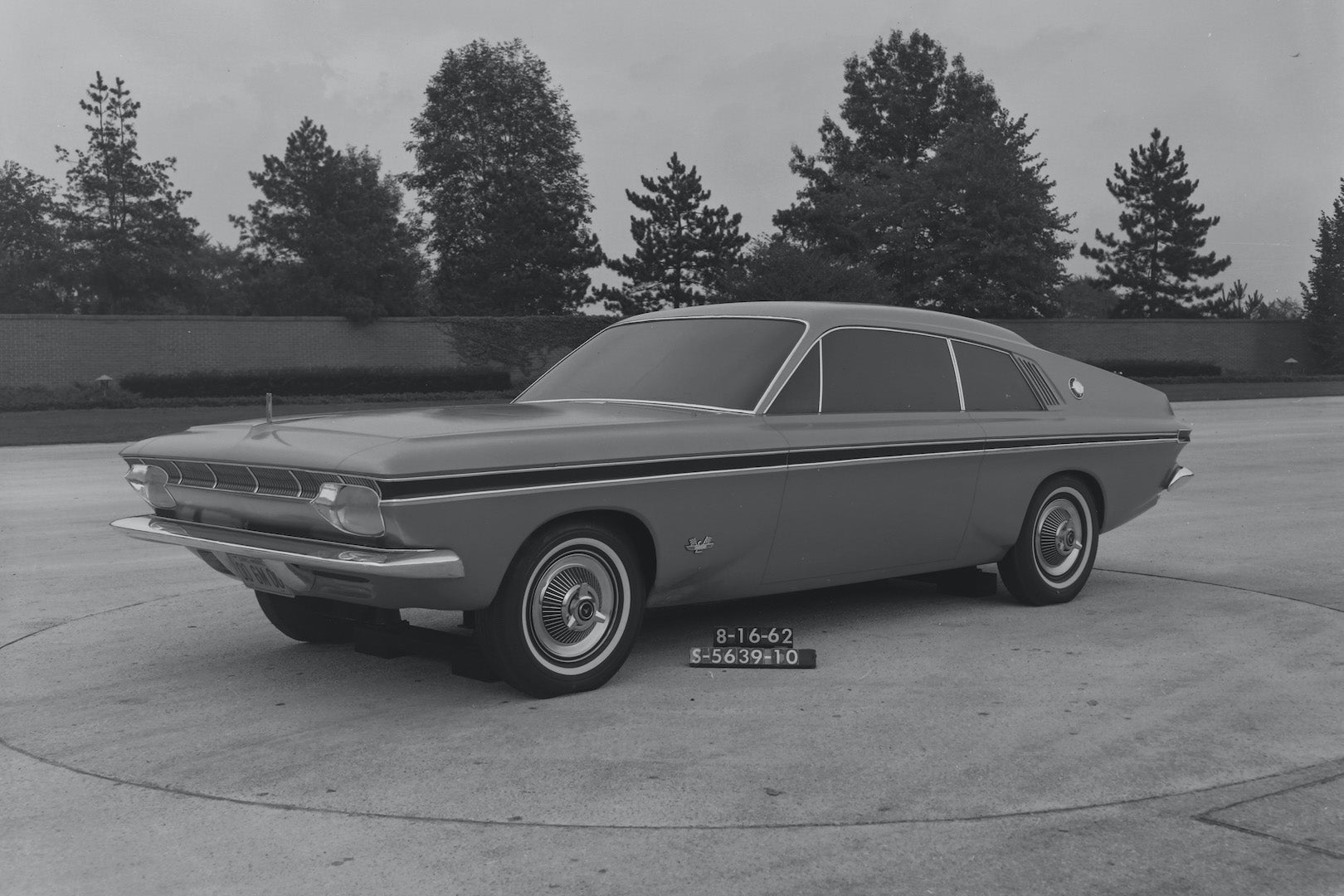 Come August, stylists again paraded the series of designs seen above in front of executives, this time with some success. Management green-lit further development of two designs, one an Allegro evolution designated P-2, the other a less conventional shape known then as M-7. To eyes in 2021, though, it needs no introduction. 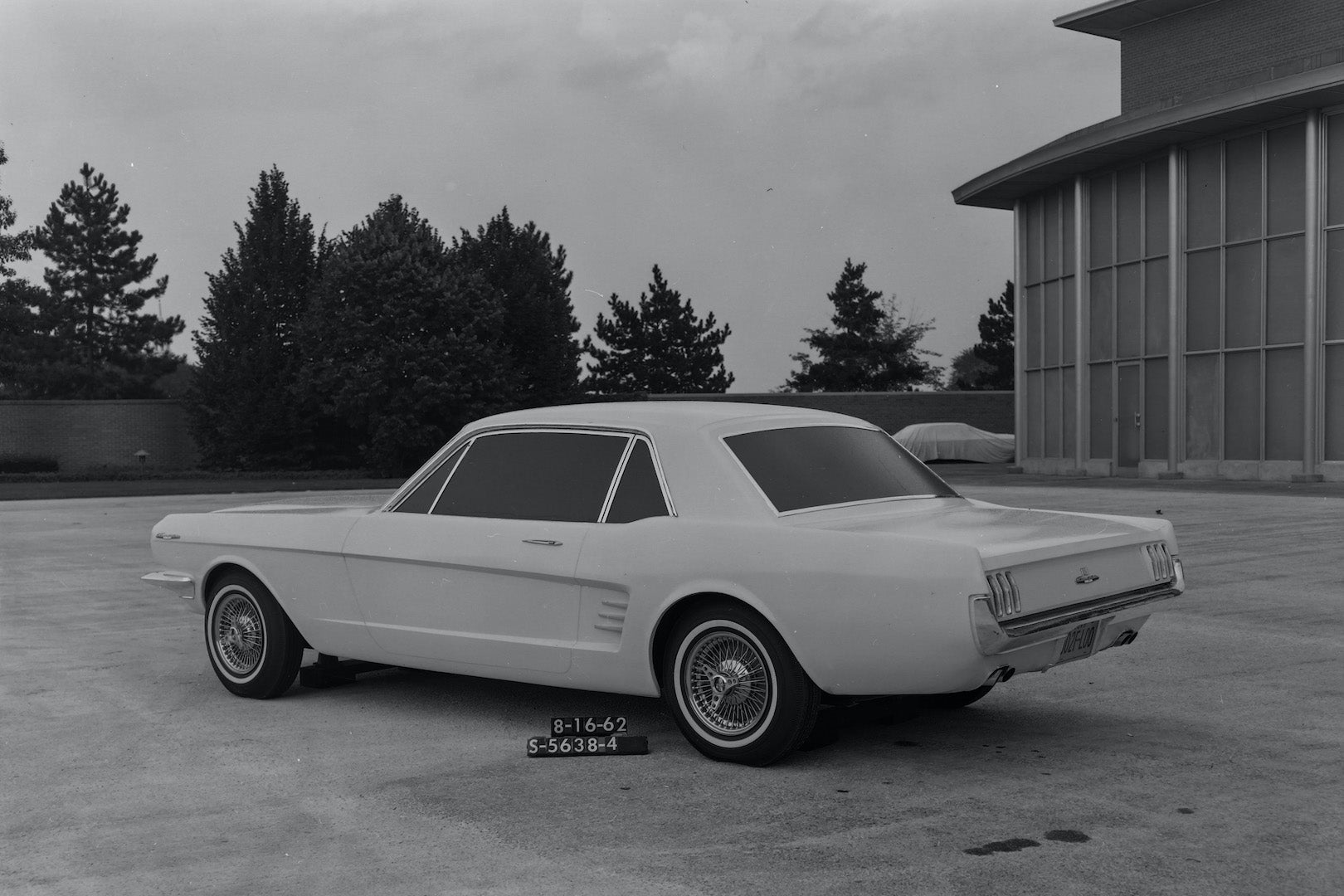 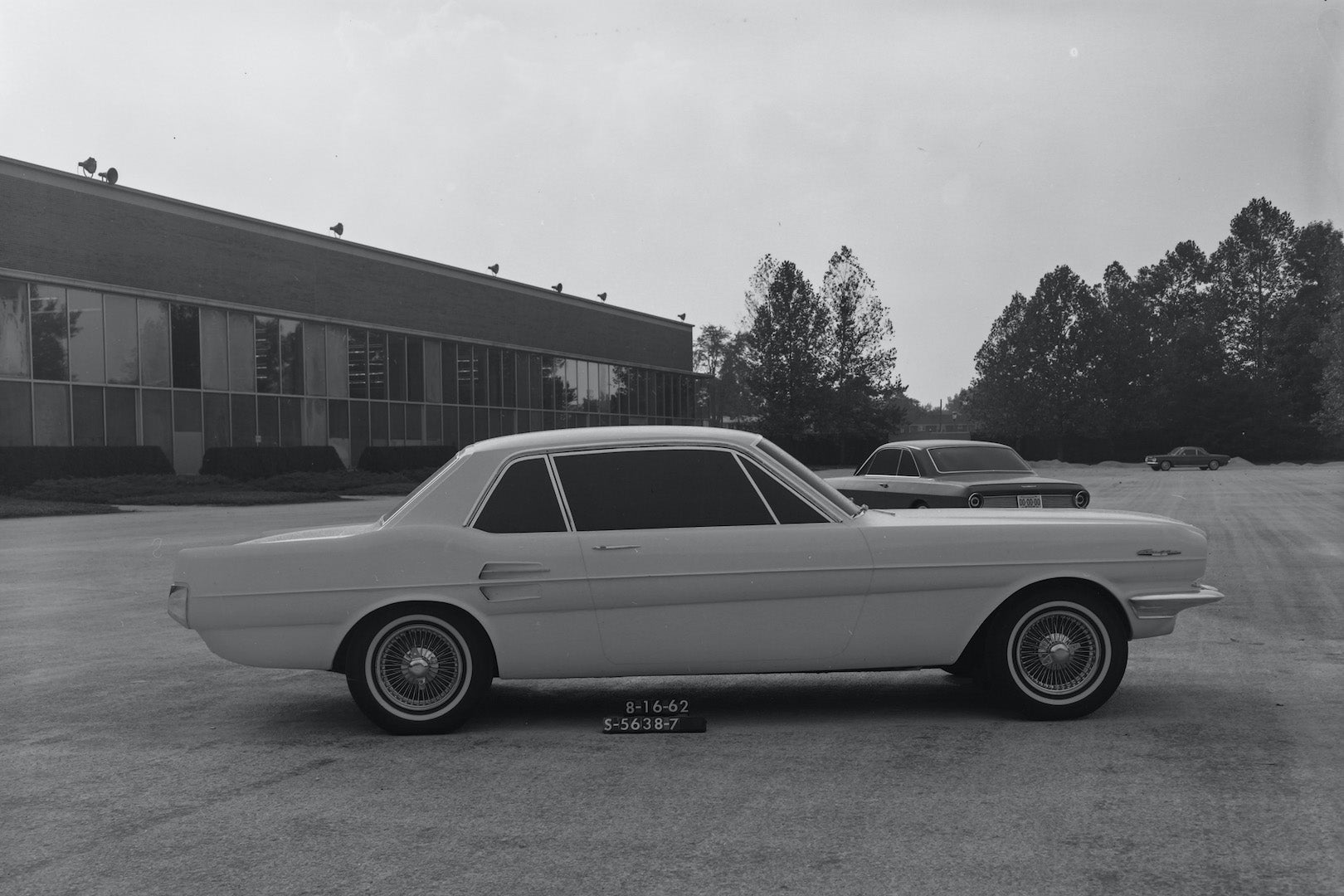 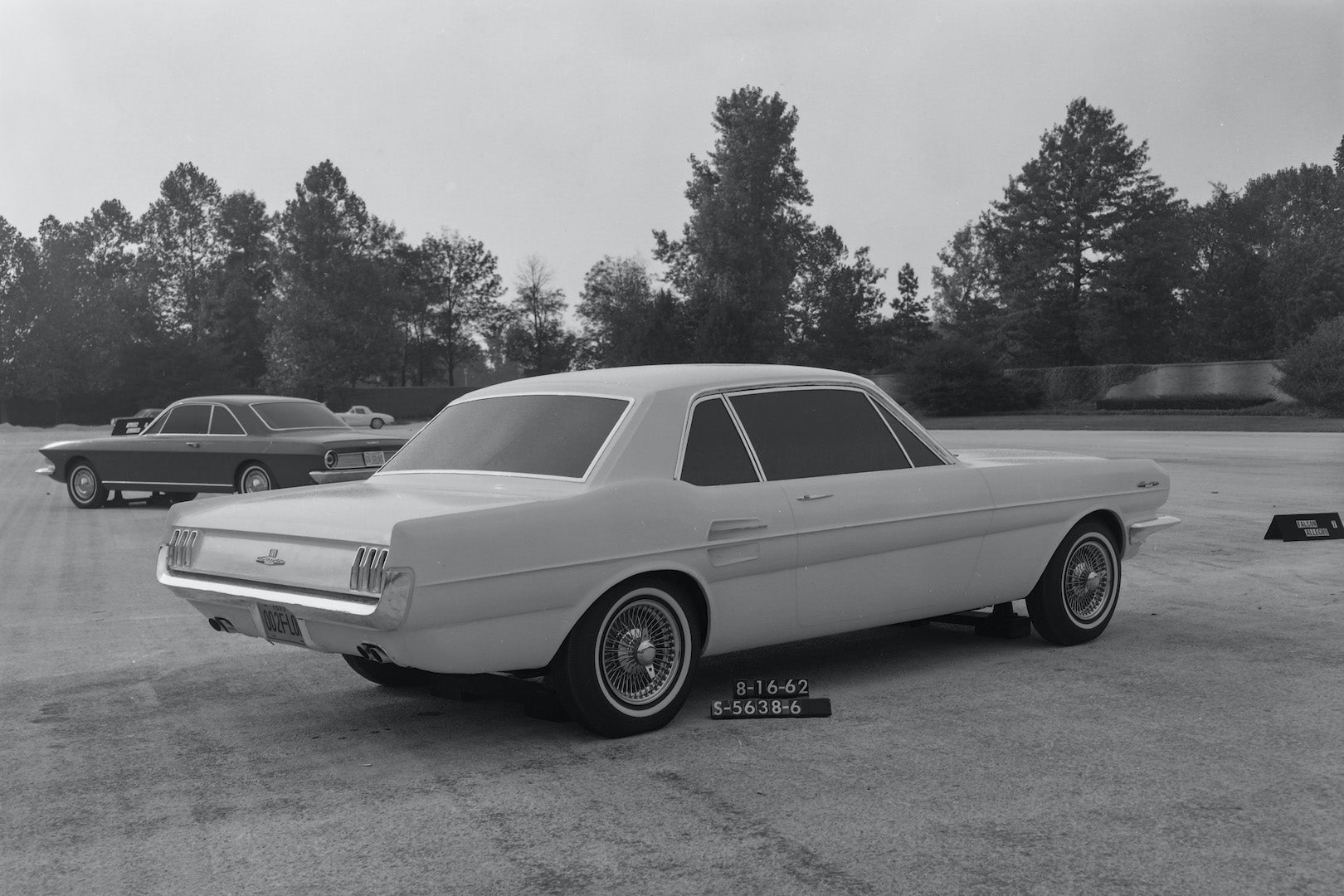 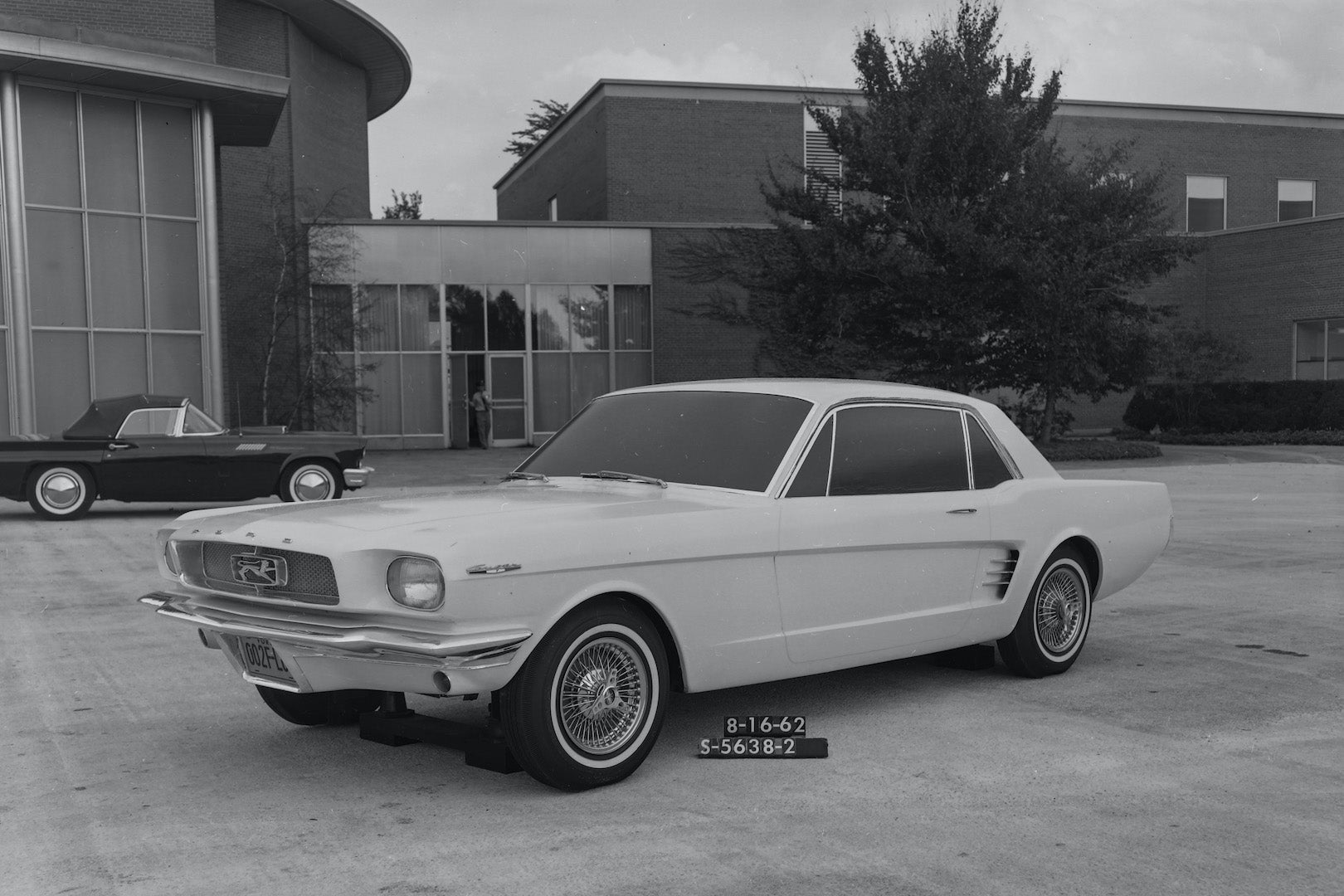 With the M-7 design chosen, the Special Falcon project was formally approved in September of 1962, and by the end of the year, most of its niceties were set in stone. Ford had decided the T-5 would be a two-door with convertible and hardtop roofs, six- and eight-cylinder engines, a low price, and “essential ‘fun-to-drive’ characteristics.” Its ambitious April 1964 launch would be preceded by performance Falcon V8 and Sprint models, which would be shipped with “a number of product compromises inherent” to their platforms—compromises the T-5 would “correct” with better weight distribution and a lower ride height. 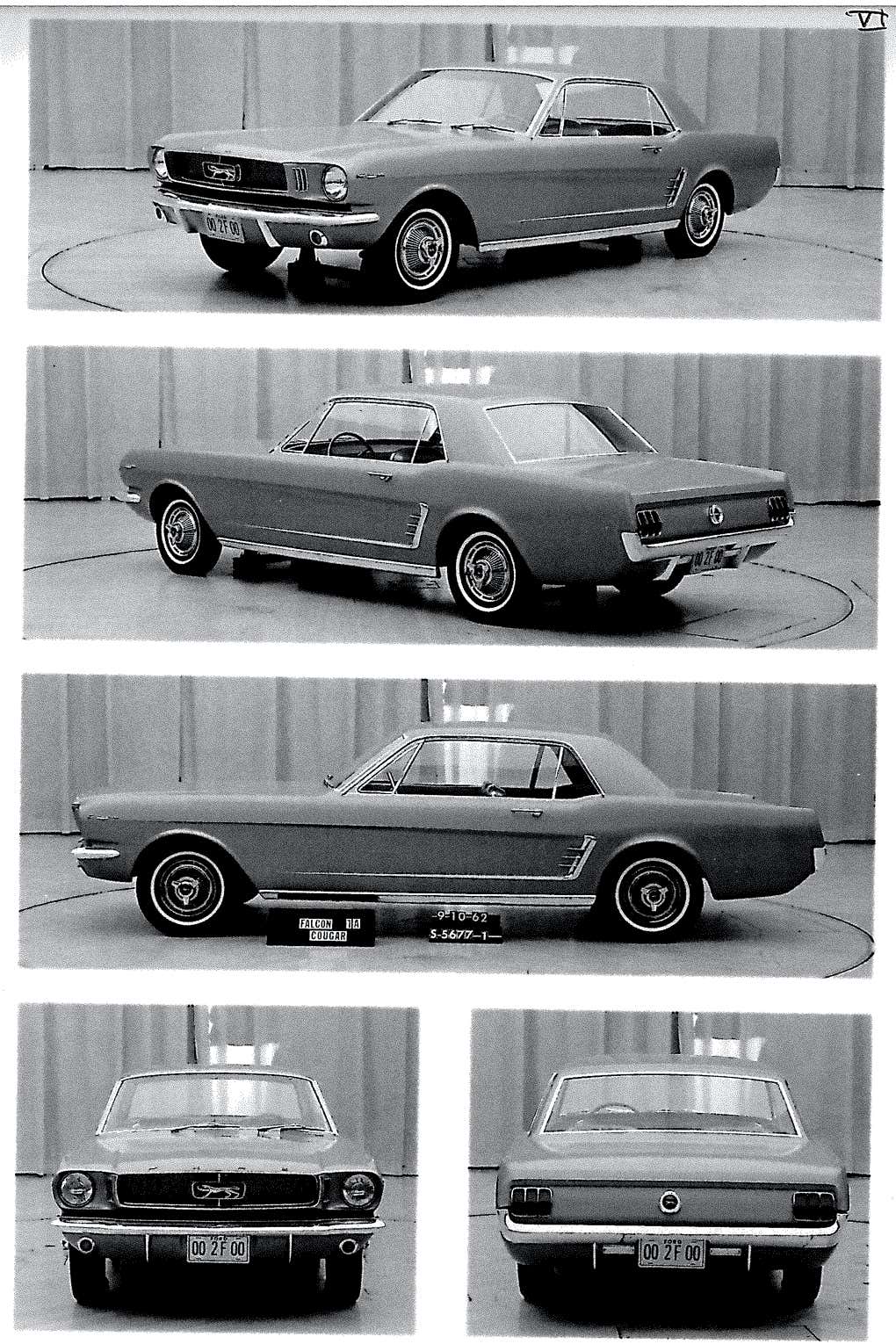 But as launch drew closer, Ford correctly began to worry it had, in corporatese, “underestimated the potential of the T-5.”

“Market research studies conducted since program approval […] show a high degree of respondent enthusiasm for the car,” wrote Lee Iacocca in an August 1963 memo, where he remarked on the M-7 concept’s “extremely favorable public acceptance” in private showings. Iacocca was increasingly sure Ford had a hit on its hands, revising its projected lifetime sales to 240,000 from around 100,000 barely a year prior.

Of course, even this estimate was blown out of the water in an automotive success story that remains unparalleled even to this day. Ford sold more than a million Mustangs within 18 months, and in 2018, it moved the decimal another place to the right. Over the years, it has spawned almost too many performance models to count—we actually rounded up the most important Mustangs earlier this year. If you don’t already know your Shelbys from your SVTs, this overview is a great place to start.