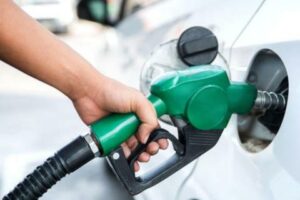 The owner’s manual of my Jeep Compass mentions, “Use of fuel with an ethanol content higher than 10% may result in engine malfunction.”

BHPian enj0y_ride recently shared this with other enthusiasts.

“The Union Cabinet on Wednesday approved amendments to the National Policy on Biofuels, 2018, to advance the date by which fuel companies have to increase the percentage of ethanol in petrol to 20%, from 2030 to 2025. The policy of introducing 20% ethanol will take effect from April 1, 2023.”

While manufacturers can design the newer generation engines to take into account of this, what will be its impact on existing petrol cars in the market?

I own a 2021 model Jeep Compass Petrol and the following is what is stated in the owner’s manual. I assume it might be similar for all petrol engines available in the market currently.

The manufacturer recommends that your vehicle be operated on fuel containing no more than 10% ethanol. Purchasing your fuel from a reputable supplier may reduce the risk of exceeding this 10% limit and/or of receiving fuel with abnormal properties.

Use of fuel with an ethanol content higher than 10% may result in engine malfunction, starting and operating difficulties, and materials degradation. These adverse effects could result in permanent damage to your vehicle.

Here’s what BHPian Jeroen had to say about the matter:

It’s impossible to tell what effect this has on existing cars. The respective manufacturers need to list each car/model by year and whether it is ok to use a higher ethanol content.

To provide some context: when Europe went from E5 to E10 some years ago, that is exactly what all manufacturers did. Till this day all manufacturers will have a website where you will be able to verify if your particular car is able to run on E10.

As a rough rule of thumb, anything over 25-30 years is likely to have serious problems with E10. In fact, any car running on E10 is going to have problems when left sitting idle for weeks at an end. E20 will make that a lot worse, for any car.

We are fortunate in the sense we can still get E5 with zero percent ethanol. Most premium brands such as Shell, BP and Esso offer their 98 Octane fuel without any ethanol. I use it for all my four classic/young timer cars.

There are also several additives on the market. You add it every time you fill up. None of it works 100%. At best it slows the problem of water separation and keeps deterioration down.

I wonder if this policy to increase ethanol was done after consultation with the car manufacturers? Have any of them responded yet to this latest Cabinet amendment?

Here’s what BHPian navrddy had to say about the matter:

I have been raising this topic for the last few months (~8 months) on team-bhp and also in my office circle. It seems nobody is bothered about this impact.

According to my knowledge of E20 fuel impact on BSIV and BSVI vehicles (existing vehicles), expect to have a performance/fuel efficiency drop of around 5-10%. On BS-III vehicles (like in my case), the drop is around 10-15%. Not to mention the impact on hardware, especially on rubber fuel lines (connecting hoses) and condensation of water in the fuel tank. There would be some impact on fuel injection equipment as well, but probably wouldn’t be noticeable.

Here’s what BHPian IshaanIan had to say about the matter:

I don’t think they will force pumps to dispense only E20, right? Because if that is the case, there is nothing environmentally friendly about it as people will be forced to buy newer cars.

Here’s what BHPian anjan_c2007 had to say about the matter:

An existing thread discusses the technicalities of such blending and its effect on car engines. In the present day, new BS VI petrol cars have specifications that are compatible with the usage of only up to 10% of blended ethanol in petrol. Some cars have it mentioned in their owner’s manuals too.

And for the older generation cars and two-wheelers, these are not at all compatible for use even with such a 10% threshold. As clarified in an earlier thread, the fuel lines, carburettor and fuel pump gaskets, engine head gaskets tend to get hardened and rupture sooner or later. Ethanol being hygroscopic if such blended fuel is kept in the fuel tank during non-usage is bound to create rusting of the tank’s interiors. The UK has introduced 10% ethanol blending wef 01/09/2021, but 5% ethanol-blended fuel and also 97-99 octane petrol are alternatively available. Here in India once the blending becomes 20% even the older Morrises, Austins, M800s and other jalopy owners will be forced to buy such blended petrol. An alternative is the 95 octane petrol XP 95 that Indian oil is marketing, but only in select outlets.

The plus points are that a 10% blending reduces carbon dioxide emission by 20%. And ethanol is priced at around Rs 60.00 a litre and attracts only 5% GST. Hence the oil marketing companies are making windfall profits as not a single paisa thus saved even with the present-day 8.3% blending has been passed on to the end consumer. We can just comprehend how much the cost of petrol per litre will get reduced with such 20% blending, but it is highly unlikely that such cost benefits will be passed to the consumer. No media report has ever spoken about it.

The octane rating of our petrol is just 91 presently, whereas in the UK it is 95. Higher octane petrol that is less polluting ensuring greater combustion of the fuel comes with riders. Its refining needs higher investments in the refineries that our government is not at all speaking about. The easier way is to use 20% ethanol blending with the archaic 91 octane petrol, putting all the burden on consumers. End of the day the politicians owning ethanol manufacturing plants laughs all the way to the bank.

Heres’s an older thread for reference.