Important Burnout Safety PSA: Don't Drive Your Corvette C8.R Into the Smoke Cloud Before It Clears 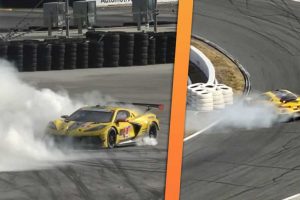 We here at The Drive aim to give the most useful and relevant advice to our audience, and as such, we need to talk burnouts. As such, I’d like to take this obvious excuse to post loads of Chevrolet Corvette C8.R tire smok—er, opportunity to forward on a helpful tip from Corvette Racing driver Jordan Taylor. 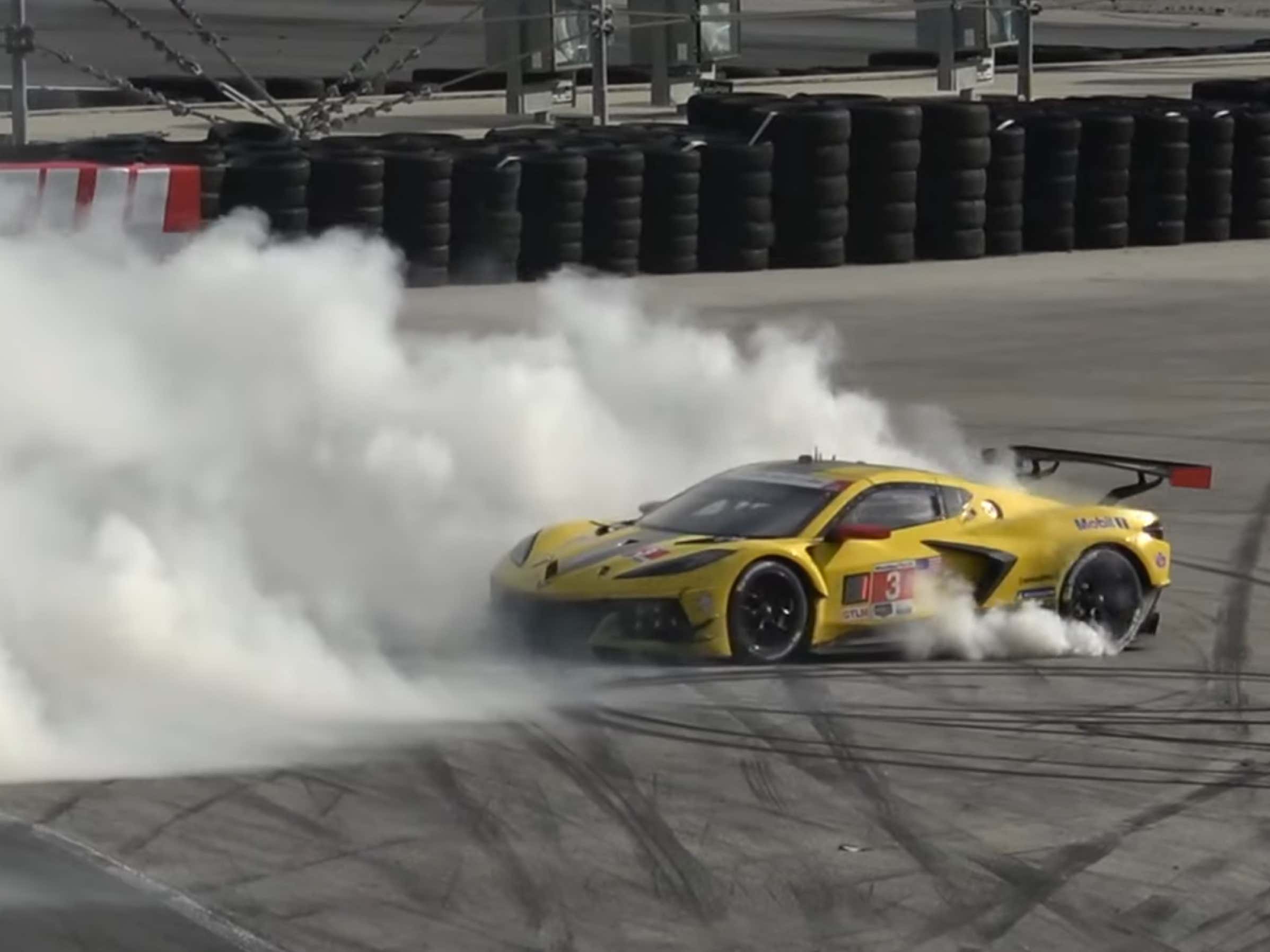 Naturally, winning the GTLM class at Daytona this year called for a really, really big (and fantastic sounding) post-race burnout. The rowdy flat-plane-crank-V8-powered No. 3 had been laying down an impressive amount of tire smoke every time it left its pit stall, and thus, its post-race burnout absolutely delivered.

Redditor RaceCarzAndStuff on r/IMSARacing said that he was listening to the No. 3’s in-car radio at the end of the race, and noted that Taylor had to ask his crew chief a couple times to do donuts, at which point his crew chief said something to the effect of, “Just don’t burn it down…watch the temps.”

Taylor nearly had a different problem on his hands besides heat: the tire wall on the opposite side of the track.

RaceCarzAndStuff was recalling Taylor’s in-car radio from a sleepy post-24-hour-race state of mind, but noted that after his burnout, Taylor said something to the effect of, “That would have been classic…I almost hit the wall because there was so much smoke I couldn’t see where I was going!”

Taylor confirmed that the No. 3 almost booped a barrier on Instagram, posting, “Note to self: always wait for smoke to clear before leaving the donut arena.”

Thankfully, the C8.R was not damaged, as Taylor also clarified on Instagram, “No Corvettes were harmed in the making of this video.”

So, heed Jordan Taylor’s advice the next time you do a gigantic burnout: Don’t drive into the direction of your burnout cloud before waiting for it to clear and your visibility to return. Safety first, friends.

Also, please post the burnout footage so that we can all appreciate it.

There’s also another great angle of the No. 3 C8.R’s giant clouds of smoke posted by Lakestang on Reddit here that we can’t embed, so enjoy!