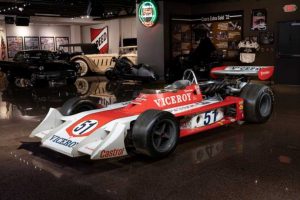 The names Mario Andretti and Al Unser are household names even if you have never watched an Indianapolis 500 race. One of their teammates for the 1974 season was Jan Opperman, a former dirt driver who led an intriguing life that led him to the door of Speedy Bill Smith, the founder of Speedway Motors and on the path to IndyCar racing.

The Vel’s Parnelli Jones Racing car that Opperman raced in that first season is polished and on display at the Speedway Motors’ Museum of American Speed. The VPJ-2 was built in 1973 and powered by a 159 cubic inch four-cylinder Offenhauser that made 800 race horsepower. 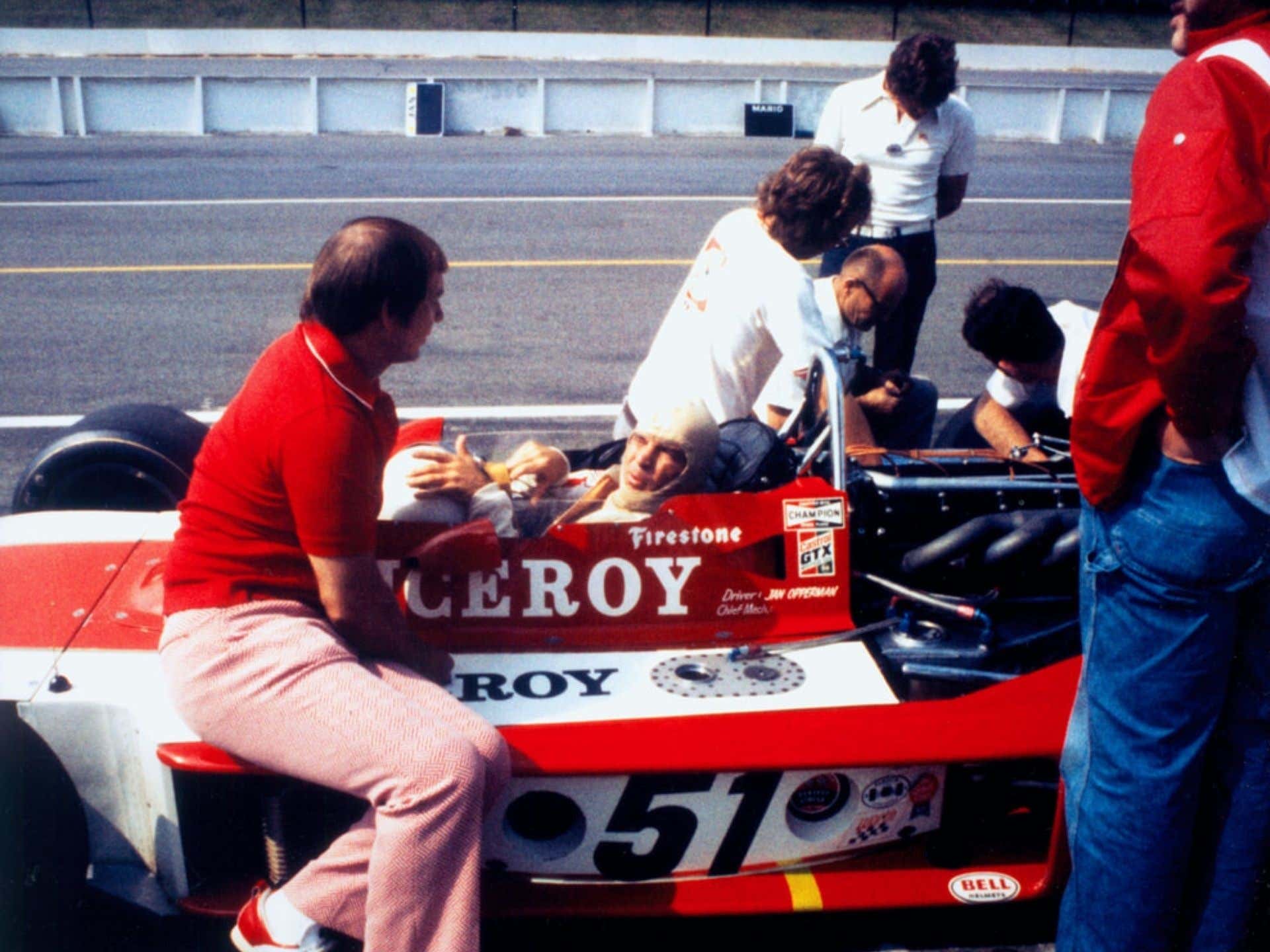 This post is part of our ongoing museum series, which was created to bring the stories from museums around the world to The Drive readers. Check out our previous post in the series about a restored 1921 Duesenberg Model A.

Opperman was racing 100 sprint races a year in the dirt when he approached team owner Parnelli Jones in Indianapolis and asked him if he was interested in another driver. Jones had heard of Opperman and decided to give him a chance to race with Andretti and Unser. He had one requirement, though: Opperman needed to cut his hippie-length hair and clean up for the corporate sponsors.

“Jan headed to the barber’s chair and when he was finished, Jones looked him over and said, ‘Nope, that is not going to work,’” Museum of American Speed historian Bob Mays told me. “So Jan had to get it cut twice in the same day.”

Some fans who knew Opperman as a free-spirited personality who wore jeans, moccasins, and his trademark beat-up cowboy hat (that he wore in honor of his brother, who had died in a sprint race in 1970) weren’t crazy about the changes. But it was a big deal for his fans in Nebraska, because no one from there had made the Indy 500 in 50 or so years. Opperman was their hometown boy, as he had gotten his first big break with Bill Smith’s team in the late 60s when he moved from California to Nebraska with his family.

“I know it seemed to a lot of people that I had to sell out or cop out on myself to race at Indianapolis,” Opperman said during an interview afterward, “but I like that kind of racing. Cutting my hair and wearing a clean uniform was a very cheap price to pay for that experience.” 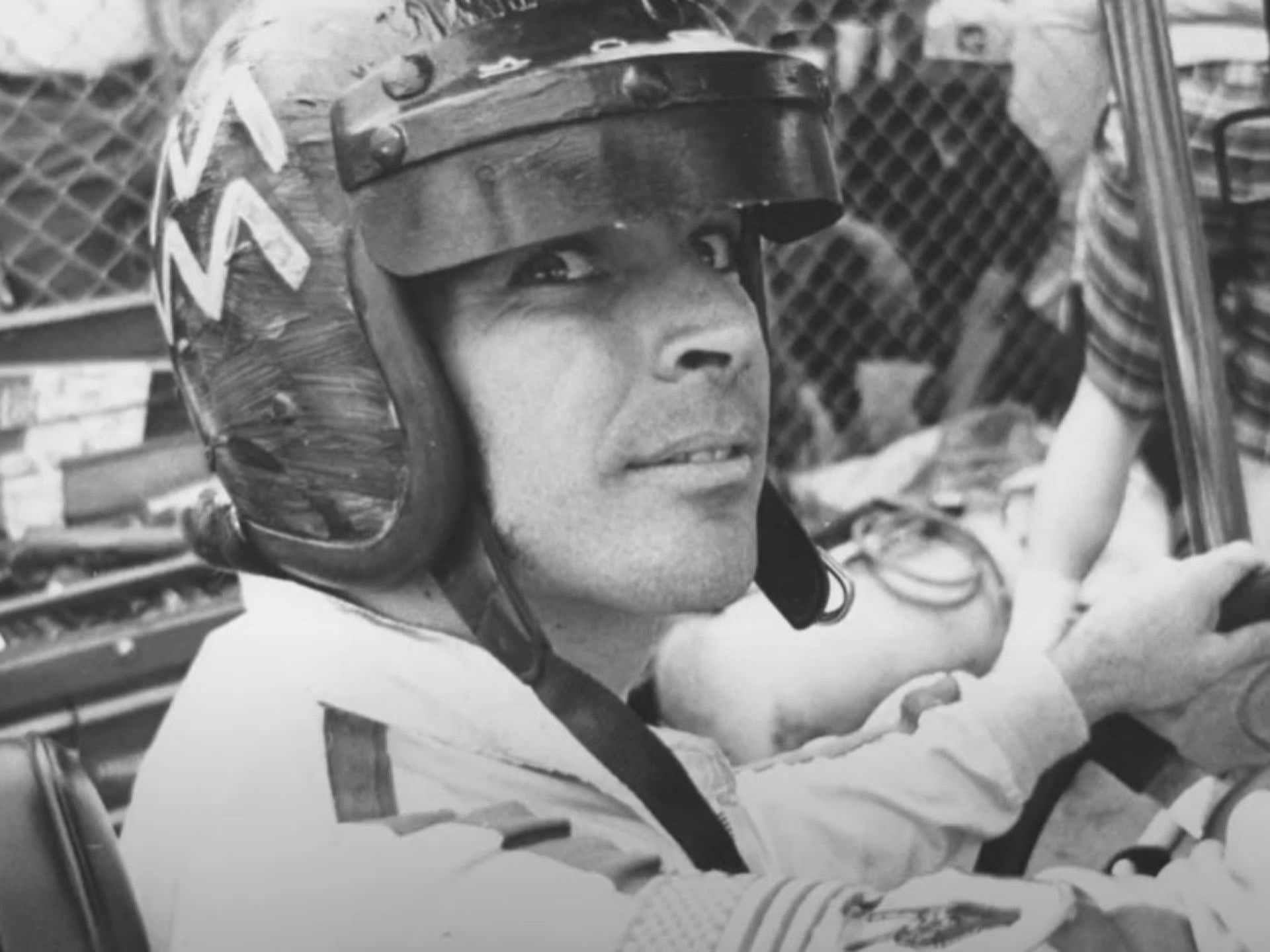 In his first season with Andretti and Unser, Opperman spun out and finished 21st. For the next two years, he redeemed himself with a string of wins, until a fateful race in 1976 during the Hoosier Hundred at the Indiana State Fairgrounds where he crashed into a wall.

“There were six or seven people who got to me after the wreck,” Opperman said in an interview three years after the incident. “My helmet was caved in and the crack in my skull left part of my brain exposed. My driver’s suit was soaked in blood to my waist. A doctor put a stethoscope on me and there was nothing. I was gone for at least 20 minutes.”

The outlaw racer recovered in the track hospital and was ready to go back to racing as soon as he could. Bill Smith tried to convince Opperman to come work for him as a salesman for Speedway Motors but Opperman declined. Sadly, his zeal for the track resulted in another crash in 1981 that rendered him incapacitated for the rest of his life, and his parents cared for him until his death in 1997.

“Jan would have made a great salesman; he was a natural people person and everyone who came in contact with him liked him,” says Mays. “I think about that a lot when I think of him; I wish he would have taken that sales job and he could still be telling us stories today. There comes a time of truth for every racer when it’s time to give up the goggles and Bill gave him a chance to still make money for his family. Driving is probably a tougher drug to get over than heroin or cocaine or pot or anything else. Some wait way too long.”

Opperman was inducted into the National Sprint Car Hall of Fame in 1990 and the International Motorsports Hall of Fame in 2011. If you ever get to Lincoln, Nebraska and want to pay your respects, you’ll find Opperman’s Indy car
waiting for you there.