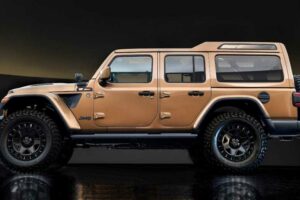 SEMA is happening next week, and Jeep has unveiled four concept vehicles based on a variety of its models ahead of the famous show. There’s a custom Grand Cherokee L, a modded Wrangler 4xe, and a classic 1967 Kaiser Jeep dressed up into a trailside bar. The most interesting one, however, is the modified Wrangler. No, it’s not just another Wrangler with big tires and angry headlights, it’s a legit three-row SUV.

It’s called the Wrangler Overlook concept, and it’s a regular four-door Wrangler Sahara that’s had its passenger area stretched 12-inches back, and five inches up to accommodate another row of seats. Yes, it does have typical Jeep off-road trimmings like a mild lift kit, bigger tires, and new shocks, but the interesting part is the extra space inside.

You’ve probably already figured out by looking at it that the Wrangler Overlook isn’t just a long roof version of the Wrangler, either. It’s got some serious Oldsmobile Vista Cruiser vibes going on about it. The wheelbase is the same as the four-door Wrangler it’s based on, but the added roof section pops up a bit and extends back, with five windows adorning this newfound headroom. Two of them are mounted to the sides of the bed cap-like structure, but three face forwards as well. 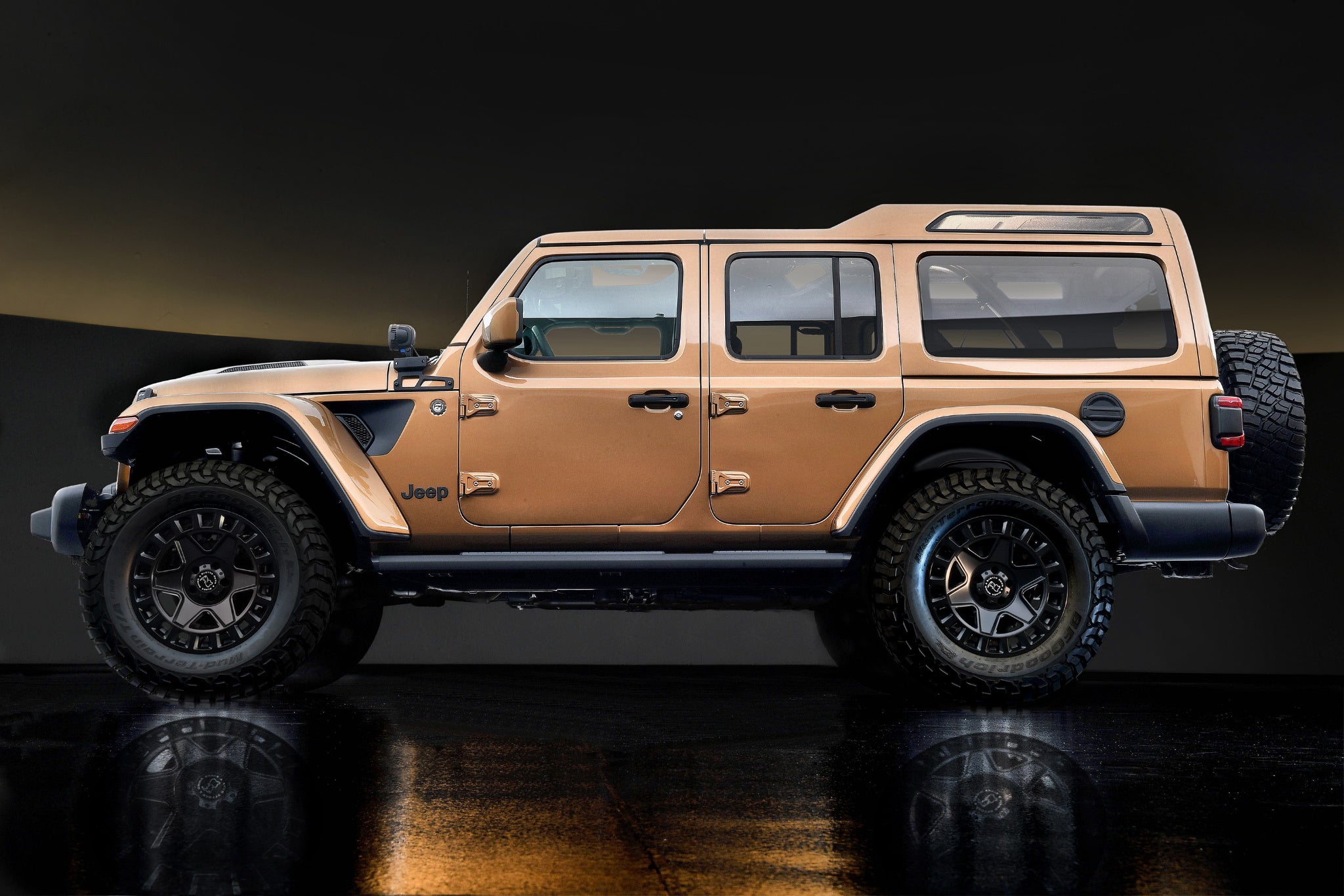 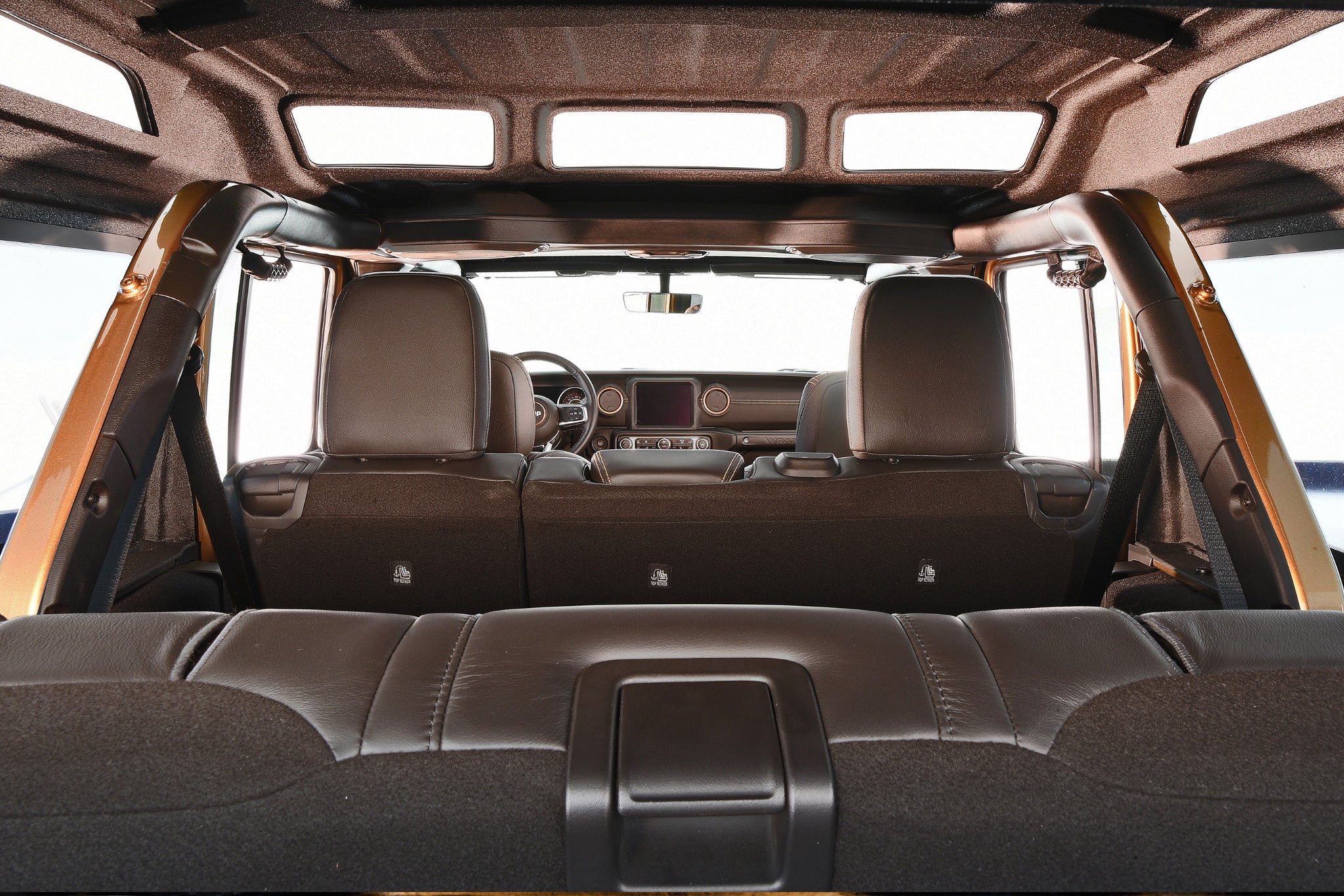 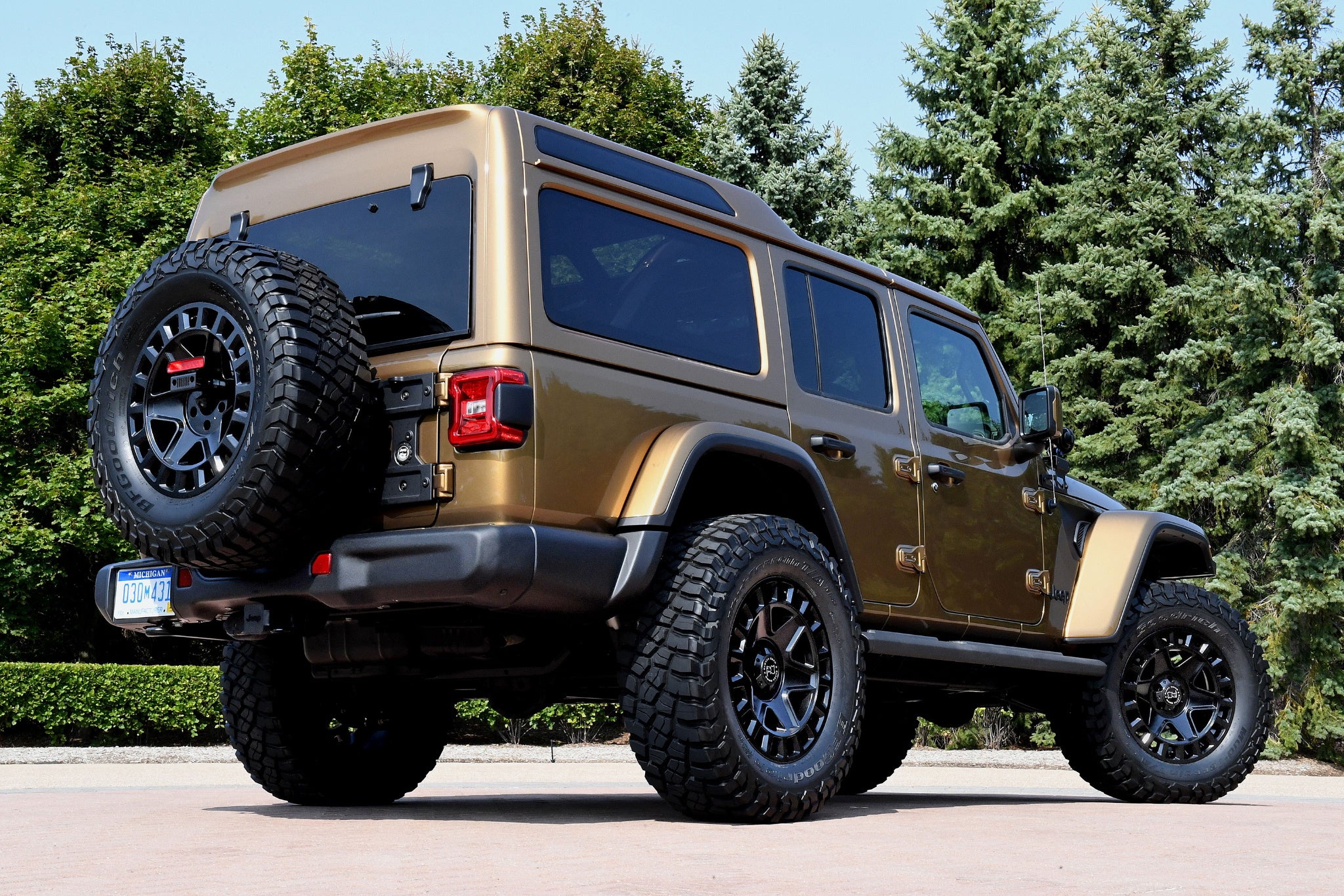 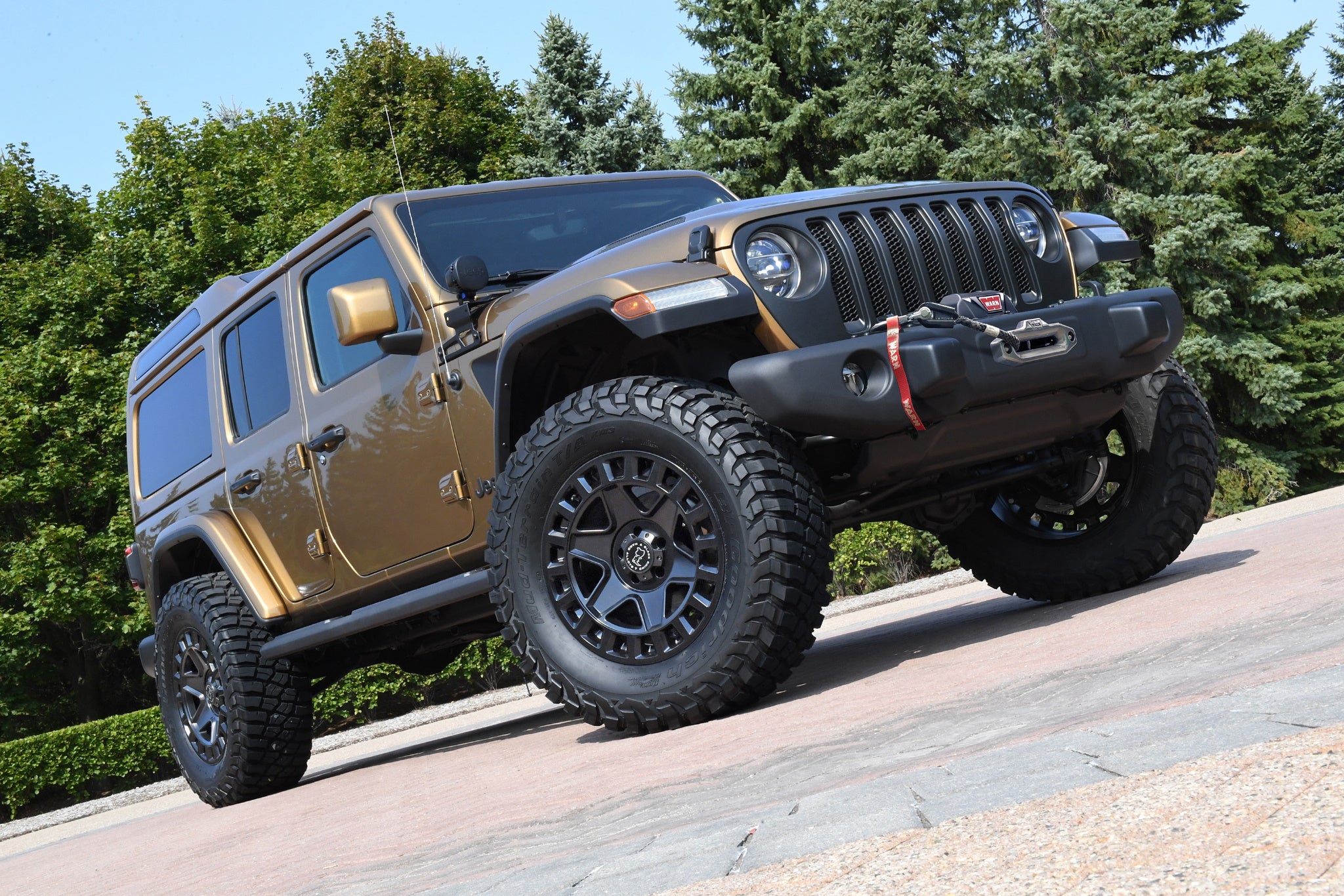 On the inside, the Overlook is meant to be a luxury vehicle, with leather seats and suede accents. Outside of the suspension, no other mechanical changes were mentioned and it’s unclear which engine this Jeep has. Seeing as it’s something of a fancy Jeep, it has an automatic transmission.

Over the years there have been a few aftermarket companies that have offered three-row versions of the Wrangler, however, they typically feature extended wheelbases and are very awkward looking. By extending the vehicle’s body but not its wheelbase, the Jeep team was able to maintain the Wrangler’s pleasant proportions while at the same time offering enough space inside for a few more passengers.

Other small additions like new LED lights, updated bumpers, and a rear-mounted spare complete the picture. Since this is just a concept, there’s no telling if Jeep actually plans to sell something like this. Would it be a hit? We think the company would likely sell more than they think.

Jeep’s other three SEMA specials don’t quite shine as bright as the Overlook, but the 1965 Kaiser Jeep M725 concept is worth mentioning. It’s a classic 1965 Kaiser Jeep which was originally an ambulance. It’s been resto-modded into a “support vehicle”—basically a mobile off-road bar. It has a pop-up roof so people can stand inside to serve beverages, two functioning taps as well as plenty of storage for other drinks, and a pop-up panel on the side of the vehicle to distribute said drinks from. It’s also not stock on the drivetrain/suspension side. The frame is reinforced and heavy-duty suspension is added as well, all to make sure the new 392 Hemi doesn’t do any damage in the process of sending 485 horsepower to all four 40-inch tires.

The center console/shifter support is also an ammo box. An appropriate touch for a classic military Jeep. 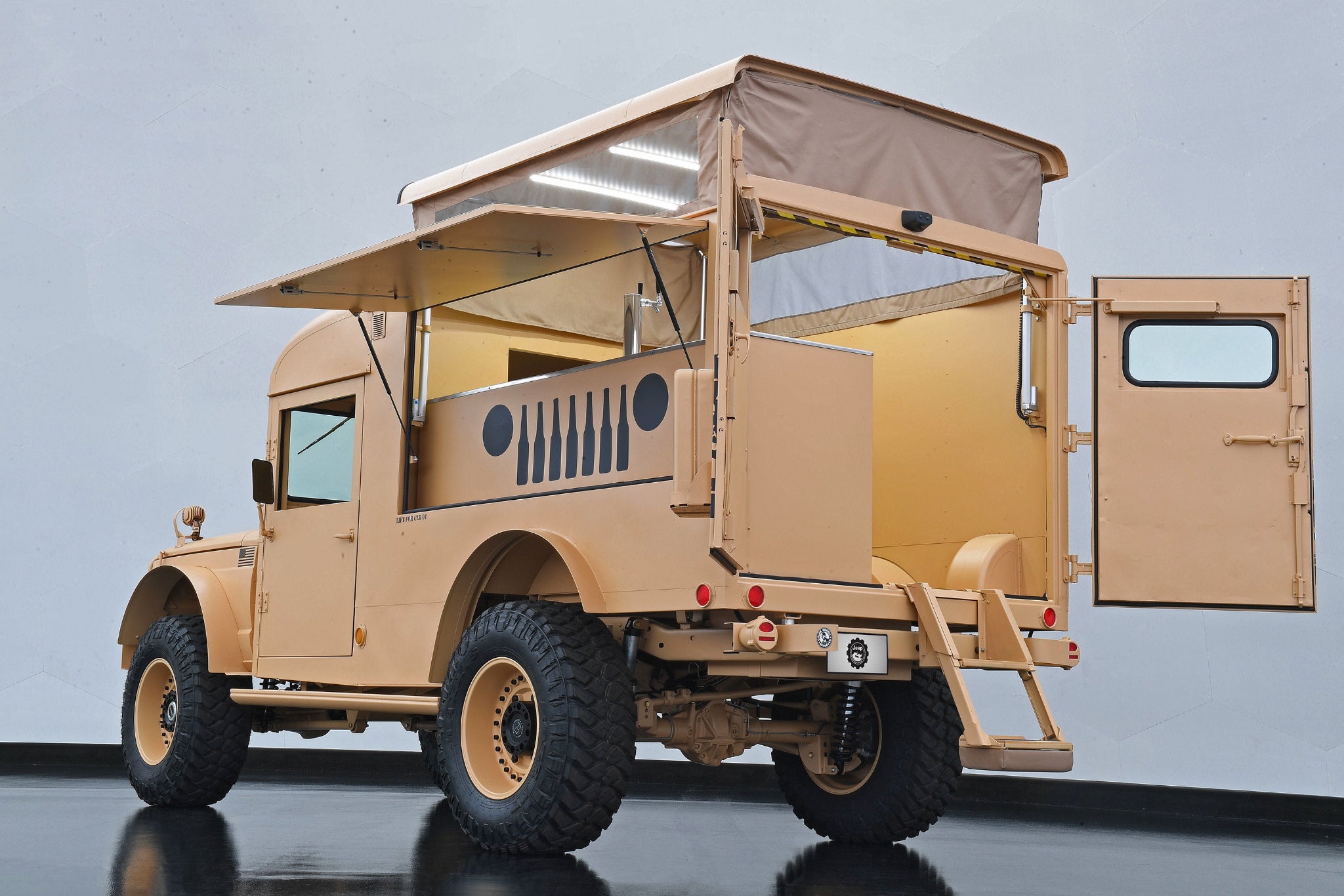 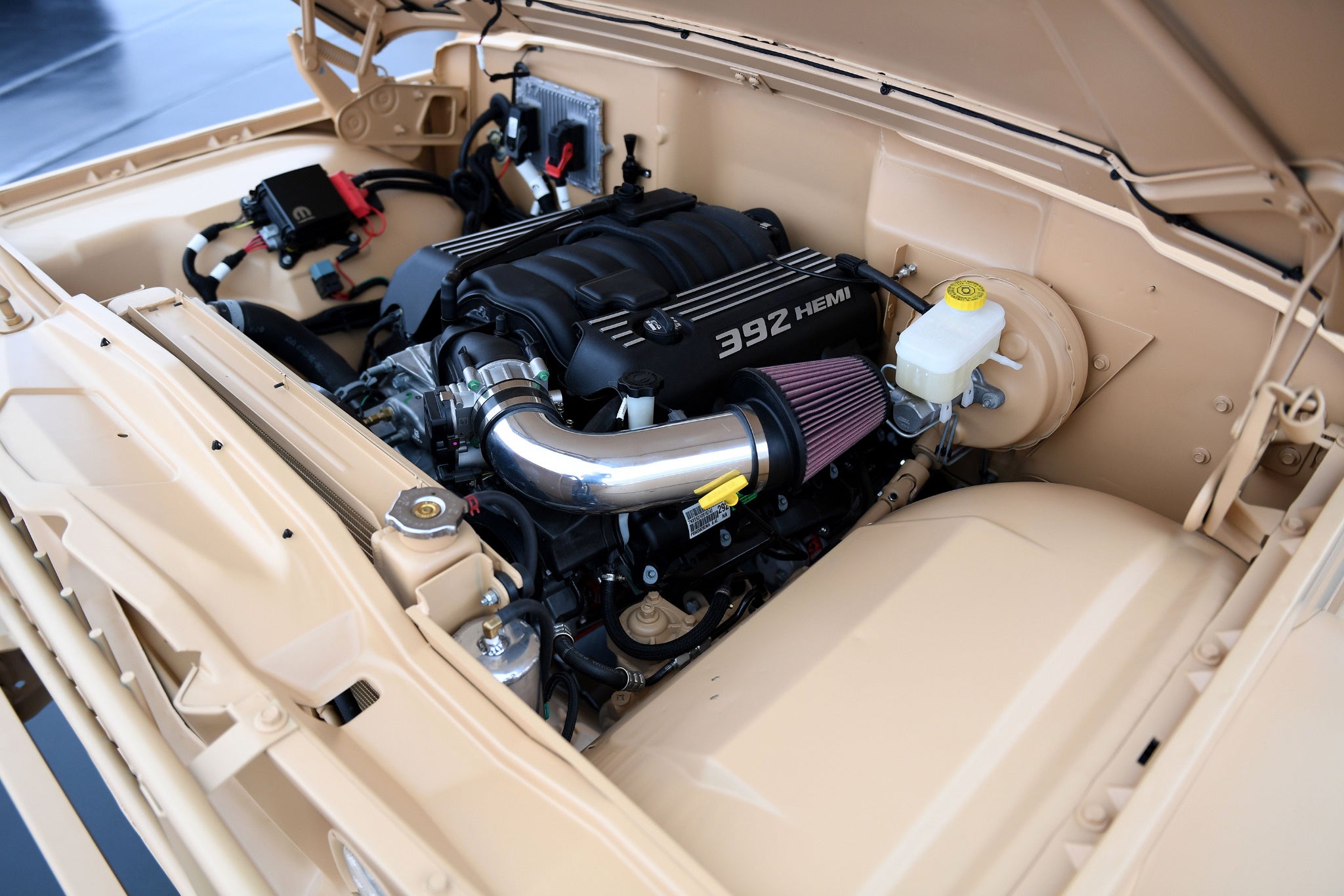 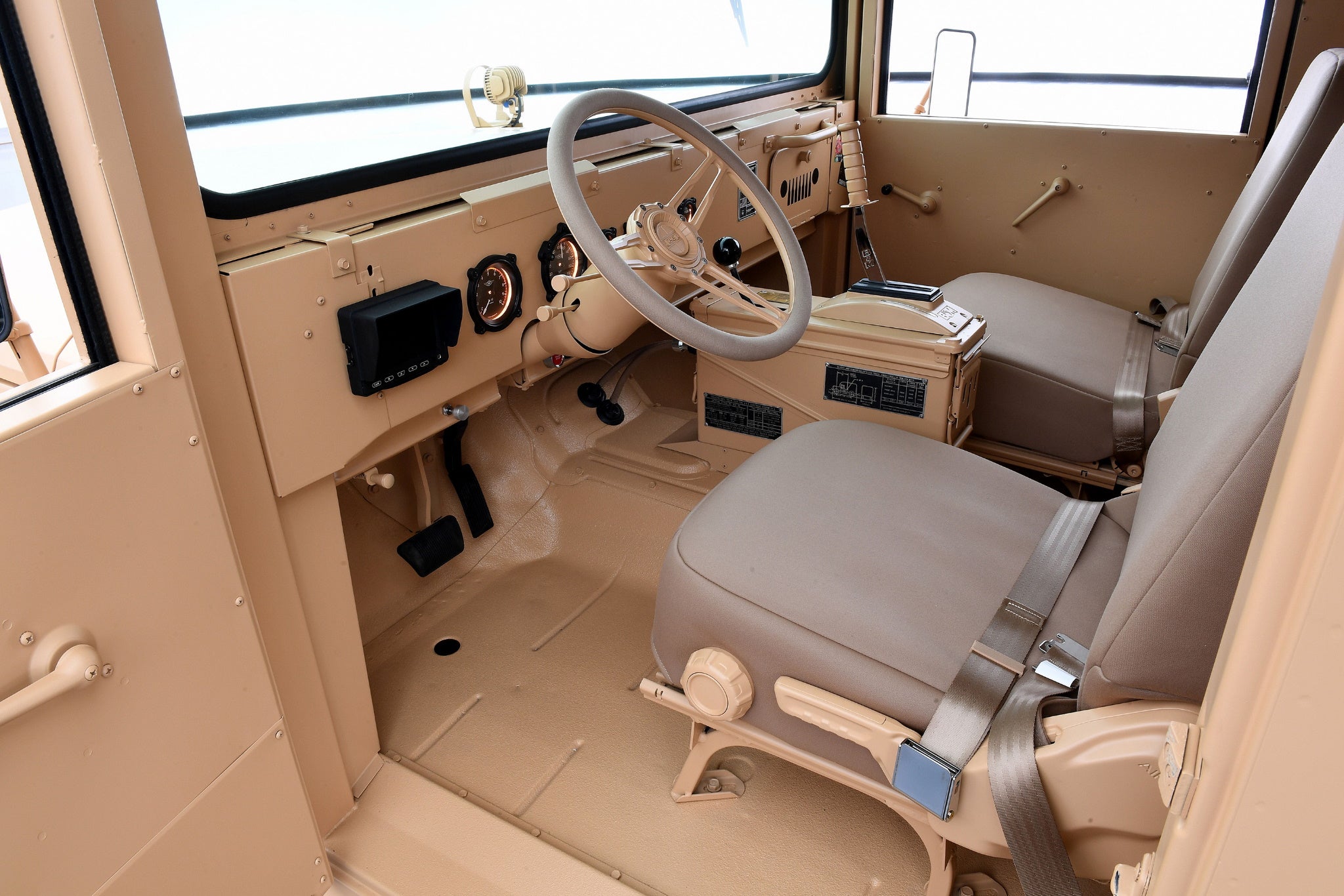 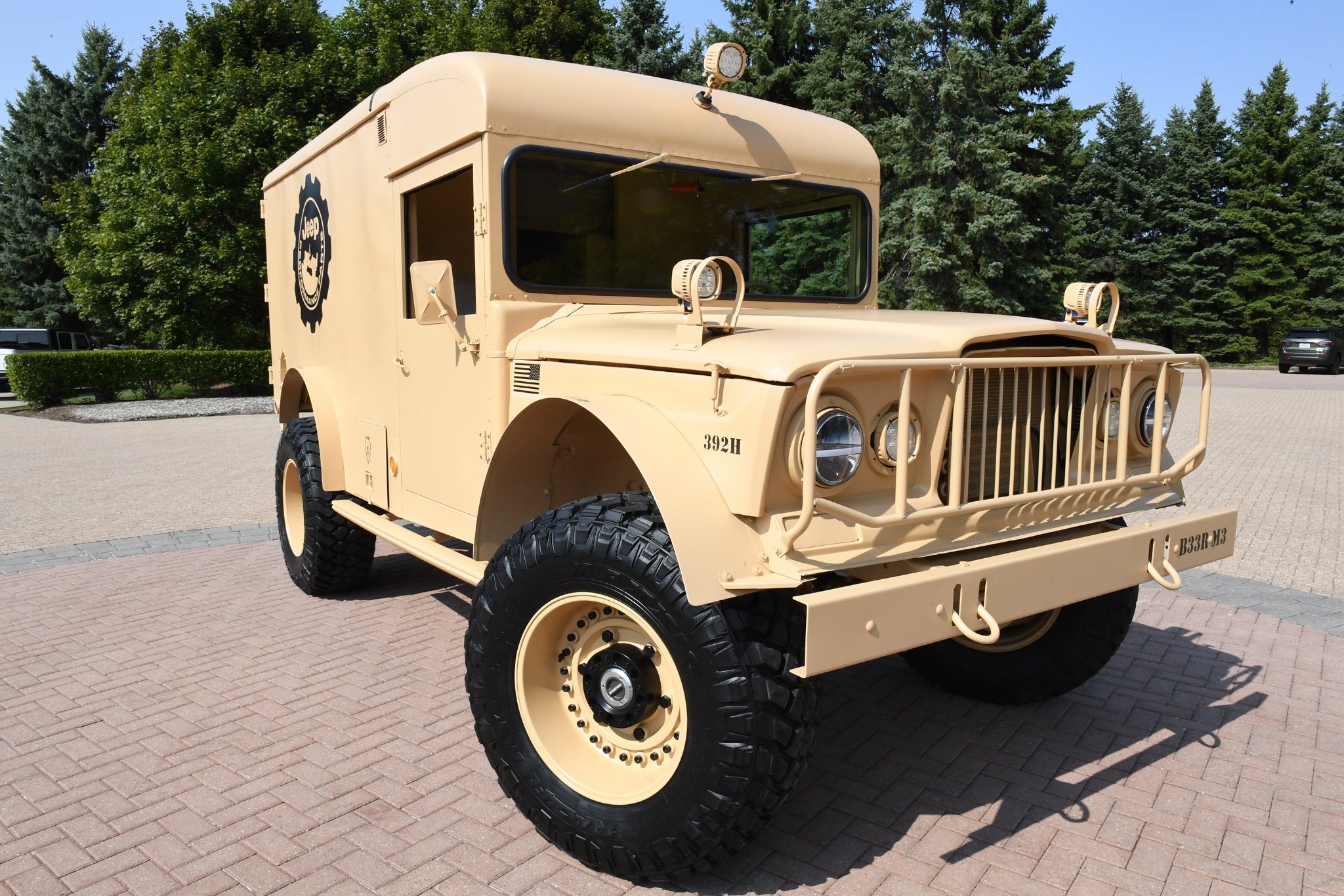 This ’67 Kaiser Jeep definitely isn’t hitting showroom floors any time soon, but as we mentioned, you can see both of these vehicles and a few more from Stellantis at the SEMA show in Las Vegas starting Tuesday of next week.