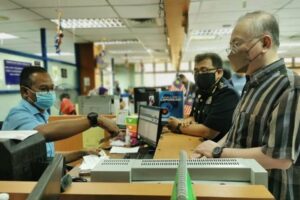 The JPJ’s counter services system is over 10 years old and ancient. It needs to be modernised in line with the era of digitalisation. This was transport minister Datuk Seri Wee Ka Siong’s opinion after paying a surprise visit to the Johor JPJ headquarters in Taman Daya, JB yesterday.

Wee used the Malay word kuno to describe the road transport department’s system and advised JPJ to note the crowding at the facility, especially on Sundays. The minister said he felt sad seeing the people waste time in a long queue, and under the hot sun too.

“To be honest, I am sad to see the people in a long queue around the JPJ Johor building. I investigated the cause of the long queue. Some said that driving licenses cannot be renewed at Urban Transformation Centres (UTC) and post offices. Some questioned the JPJ’s MySikap system, which has online transactions, but requires one to go to JPJ for printing,” he said.

“Besides that, of the four driving license printers supplied by Percetakan Keselamatan Nasional (PKN), only two are functioning at this JPJ Johor office. This is very disappointing and I immediately contacted PKN and instructed them to repair the printers immediately or send new ones,” Wee added.

The minister said that he gave his mobile number to JPJ Johor and told them to contact him if they have any problems. He told JPJ to not allow the public to wait for hours just to get a printed license. Wee said on his Facebook page that he has instructed JPJ’s HQ to collect information from all JPJ branches, UTC and post offices regarding the status of lesen and road tax printers by PKN.

“I don’t want the situation in JPJ Johor to happen elsewhere, which in the end will waste the rakyat’s time. The rakyat will of course be angry if they have to go here and there for LMM and LKM business, which should be done in an easy and fast way. 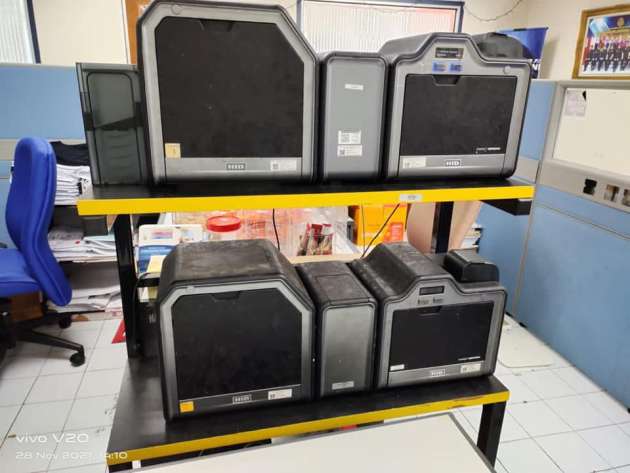 “I will try my best to bridge the gap between JPJ’s plans and the rakyat’s aspirations. Services rendered should always be good, smooth, time saving and fulfilling the needs of the people,” Wee said.

In a follow-up Facebook post a couple of hours later, the Ayer Hitam MP and MCA president said that PKN took action by sending a technical team to fix and add to the printer count at JPJ Johor.

“As of 4pm three printers are functioning for the public counters and two more were placed at special bulk counters for driving institutes and big companies. This means that there are now five functioning printers instead of just two this morning. All parties must learn from this and always improve on productivity for the good of the rakyat,” Wee remarked.