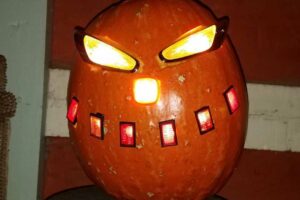 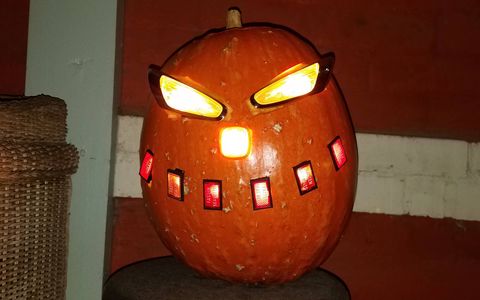 Let’s say it’s Halloween, you’ve got a few pumpkins sitting around, and you want something special to display on your porch for the trick-or-treaters— what to do? There’s always the Check Engine Light Jack-O-Lantern, sure, but I’ve got silly quantities of automotive side-marker and indicator lights plus much wire and many sources of 12V DC power, so this year I opted to make an all-junkyard-parts pumpkin: the Junkyard Jack-O-Lantern. 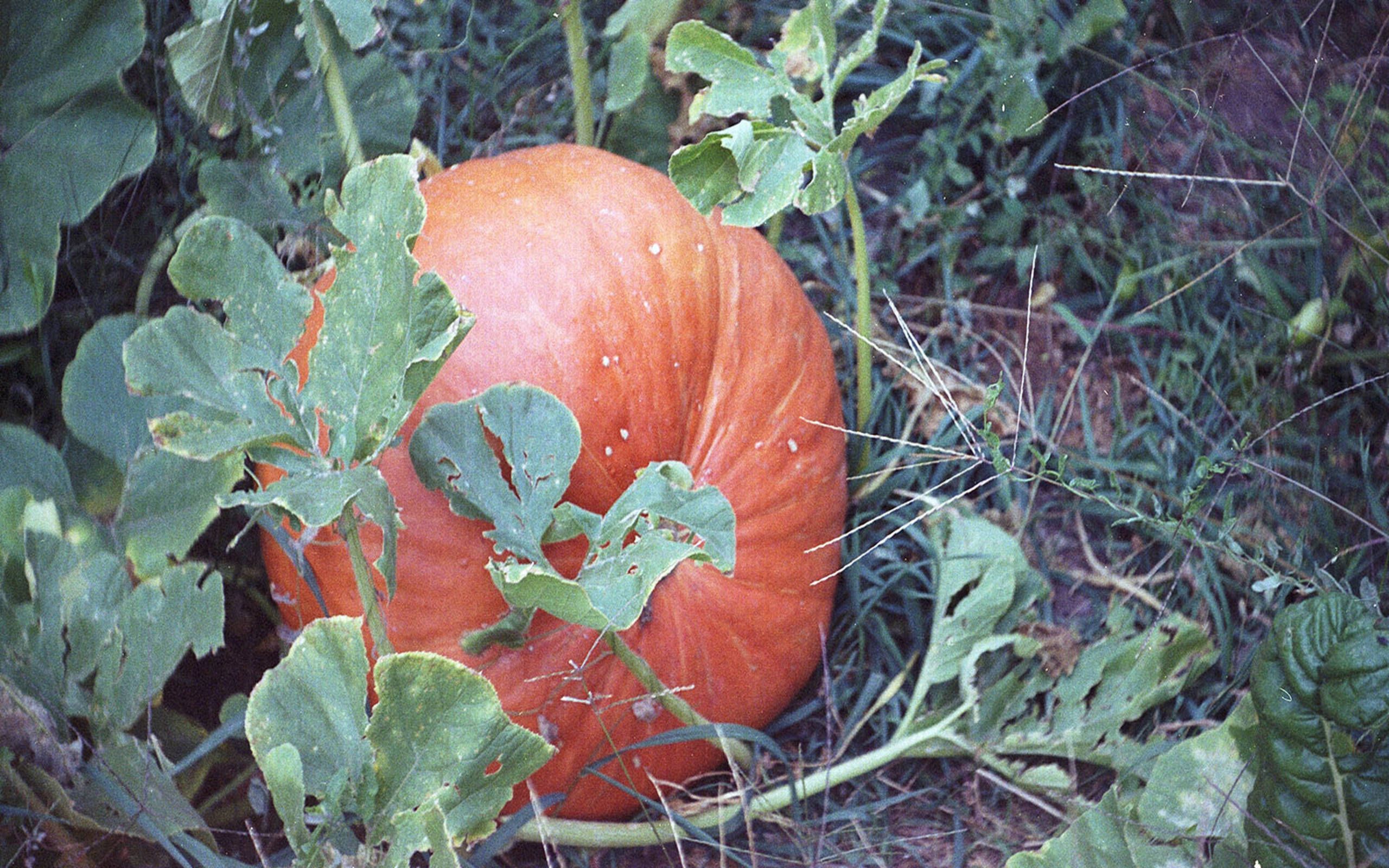 Pumpkins are almost as easy to grow as rust on an air-cooled Volkswagen.

Ideally, you’d grow the pumpkin for a Junkyard Jack-O-Lantern in a genuine wrecking yard, but I had to settle for my vegetable garden this year. 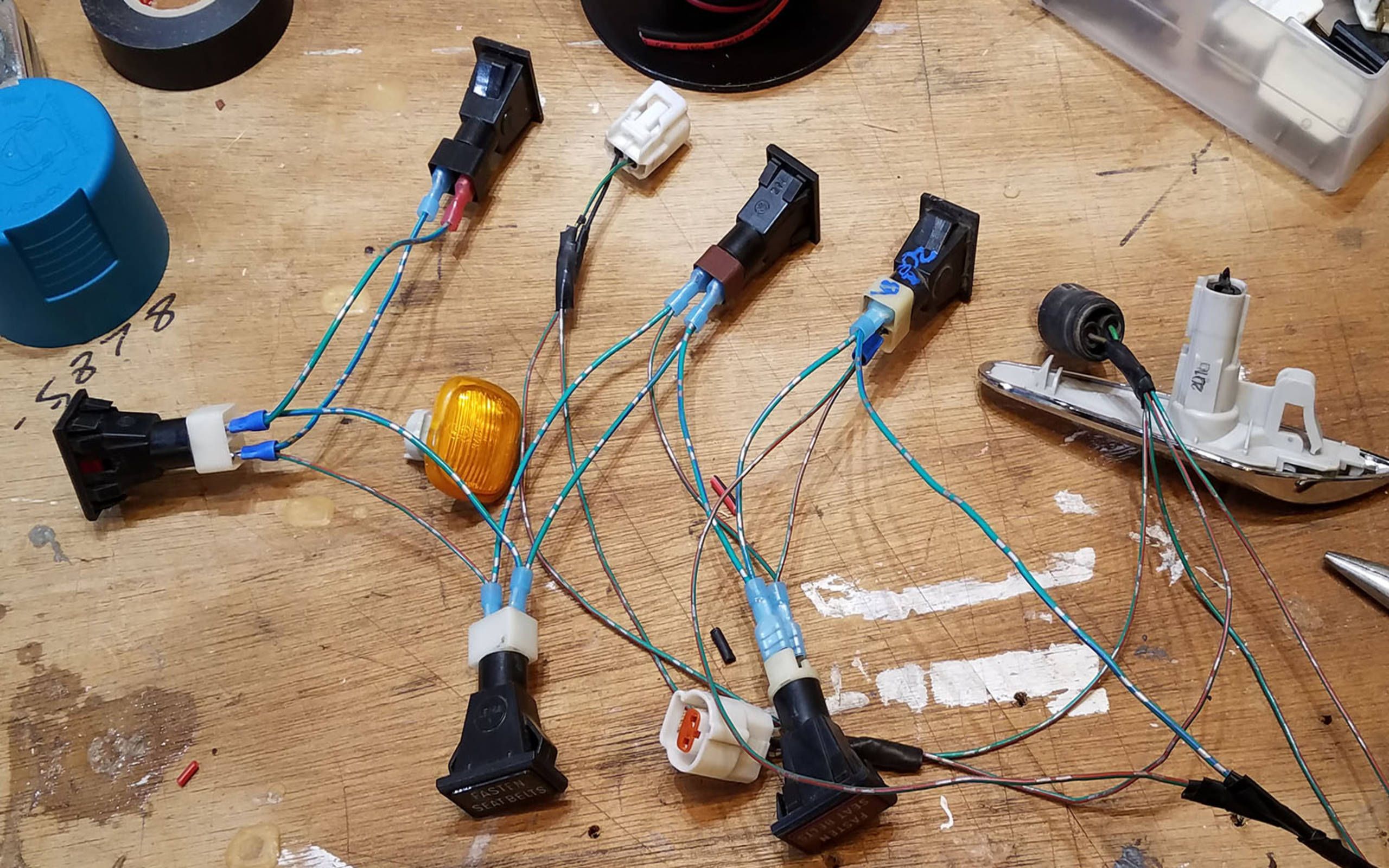 I always have a big stockpile of automotive lights and accessories, in case I need to throw another Build-A-Boombox party, and so I dug out the components I needed for eyes, nose, and mouth. Thanks to crimp connectors and electrical tape, the wiring harness for the Junkyard Jack-O-Lantern took less than an hour to build. 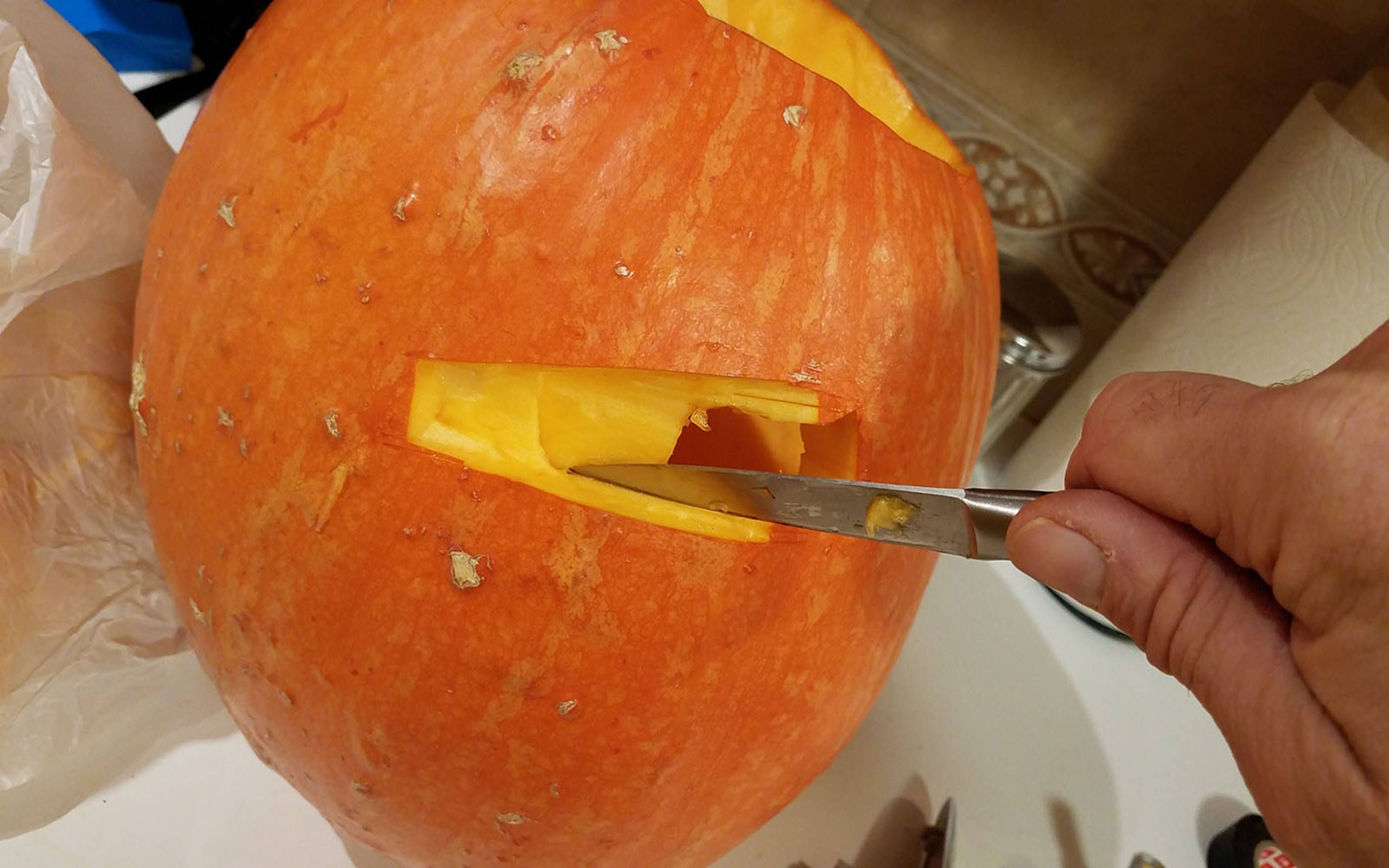 Precision isn’t needed for this task.

Compared to cutting metal or plywood to fit the weirdly-shaped mounting hardware of automotive lights, hacking up a pumpkin is laughably easy. Just test-fit, slice, test-fit some more, repeat. 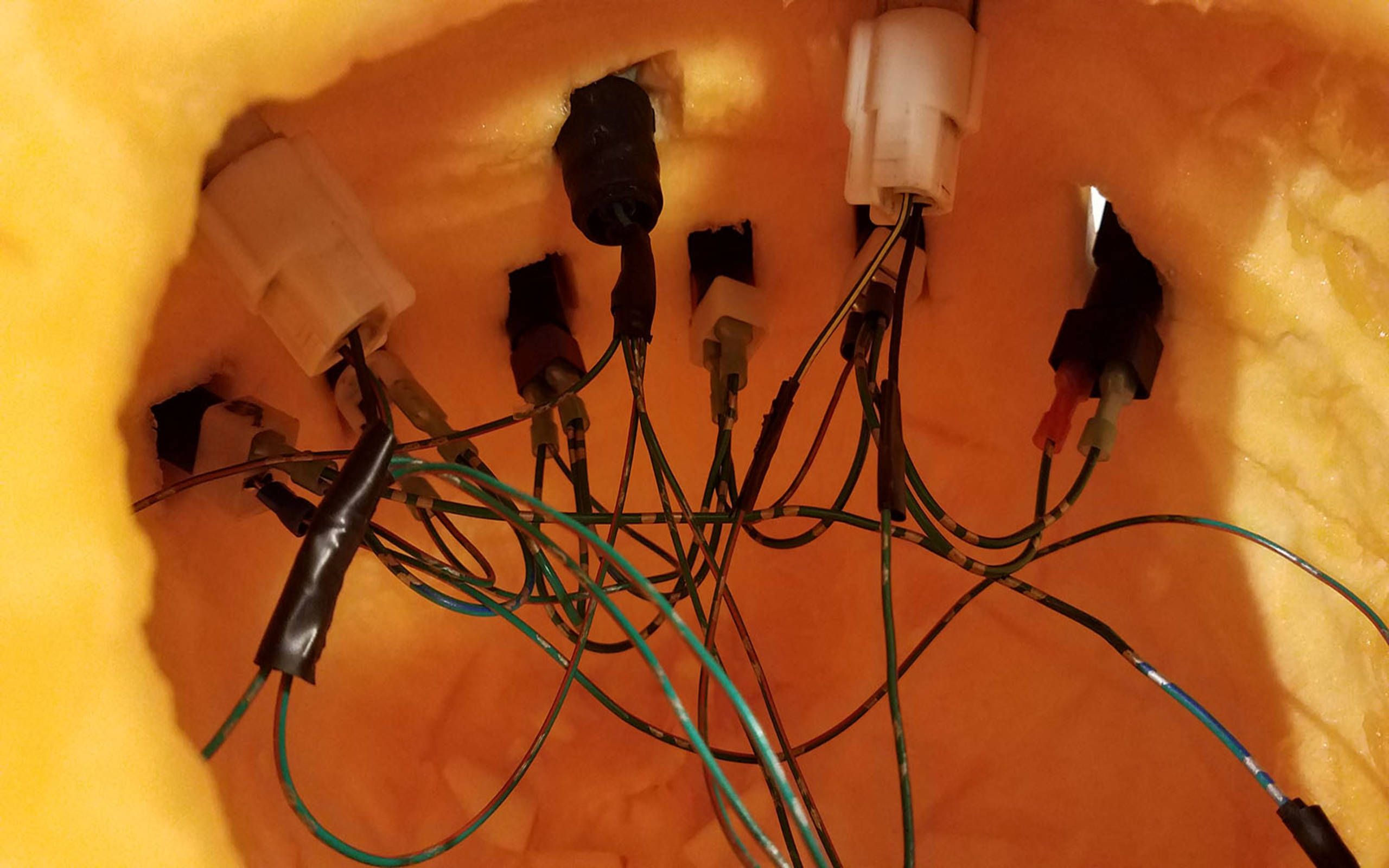 Just hollow out the pumpkin as you would with an ordinary jack-O-lantern.

Even though the 12-volt power used for automotive lights won’t give you a dangerous shock, and pumpkins aren’t exactly fire hazards, use a fuse to prevent short circuits in the harness of your Junkyard Jack-O-Lanterns. I had an old 14-volt AC power supply (incandescent bulbs don’t care if their power is AC or DC) from a burglar alarm that had a built-in fuse, so I used that for power. 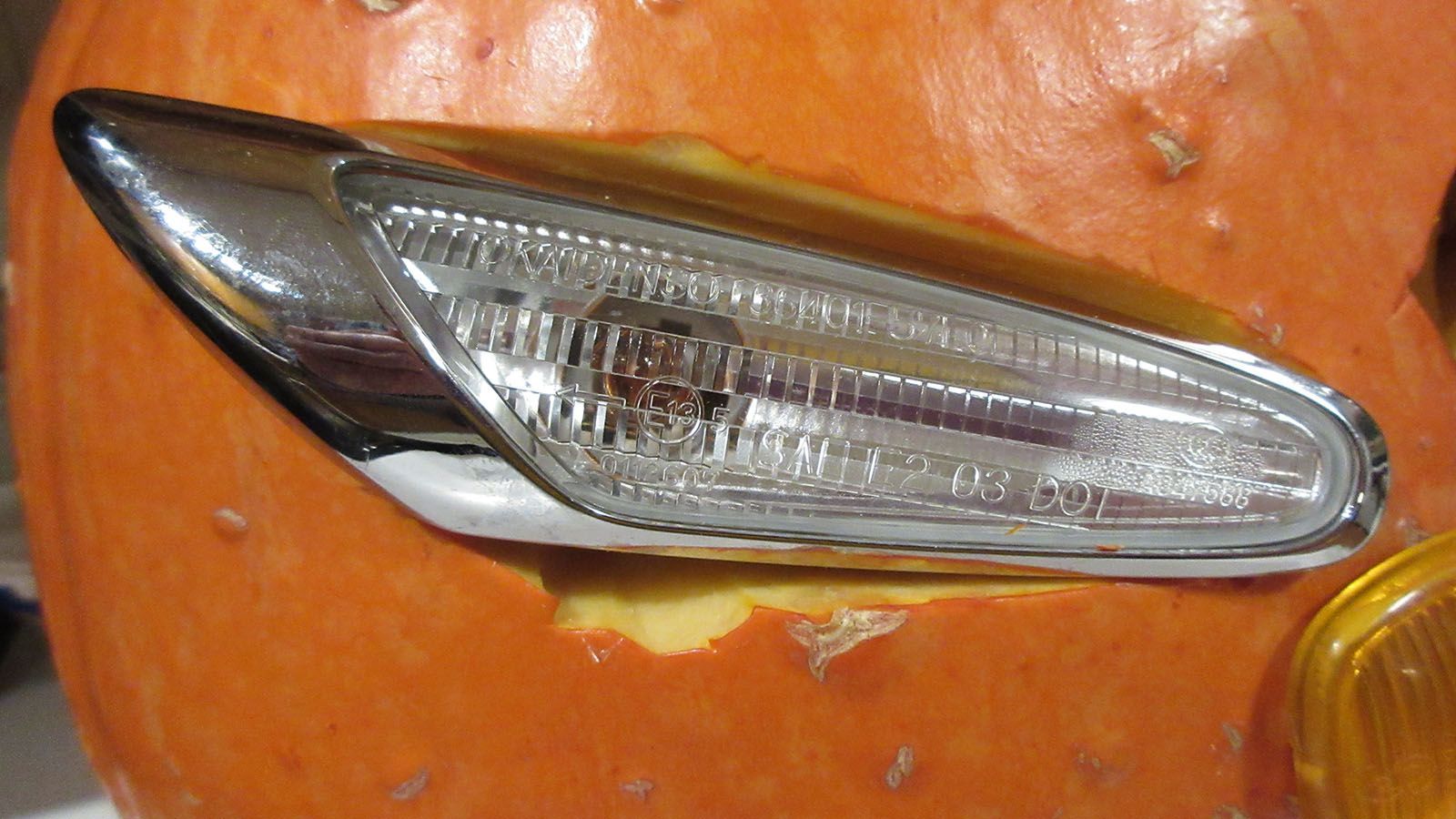 Remember the Suzuki Kizashi? Of course you don’t, because Suzuki sold about 19 of them before giving up on the United States car market in 2012. One of those rare Kizashis showed up in a Colorado Springs self-service wrecking yard over the summer, however, and I grabbed its cool-looking fender lights while on an All-You-Can-Carry-For-$59.99 Junkyard Sale shopping binge. Those became the “eyes” of my Junkyard Jack-O-Lantern. 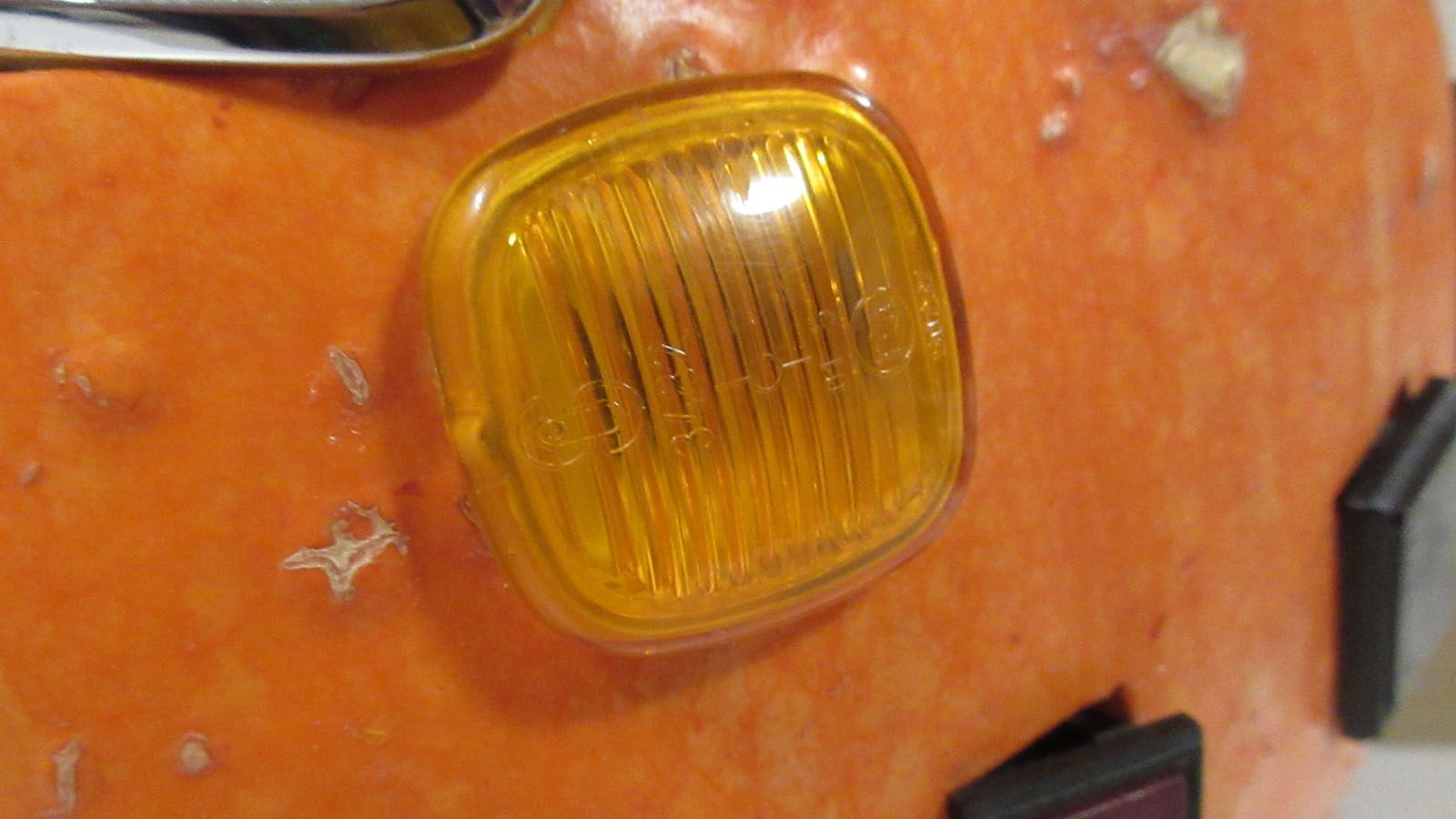 These little square side-marker lights came on late-1990s Audis and are very easy to find in wrecking yards.

A Junkyard Jack-O-Lantern’s “nose” should be small compared to the eyes, so I used a side marker light from a late-1990s Audi A8 for the purpose. A4s used the same unit, and they’re easy to remove with a flat-tip screwdriver. 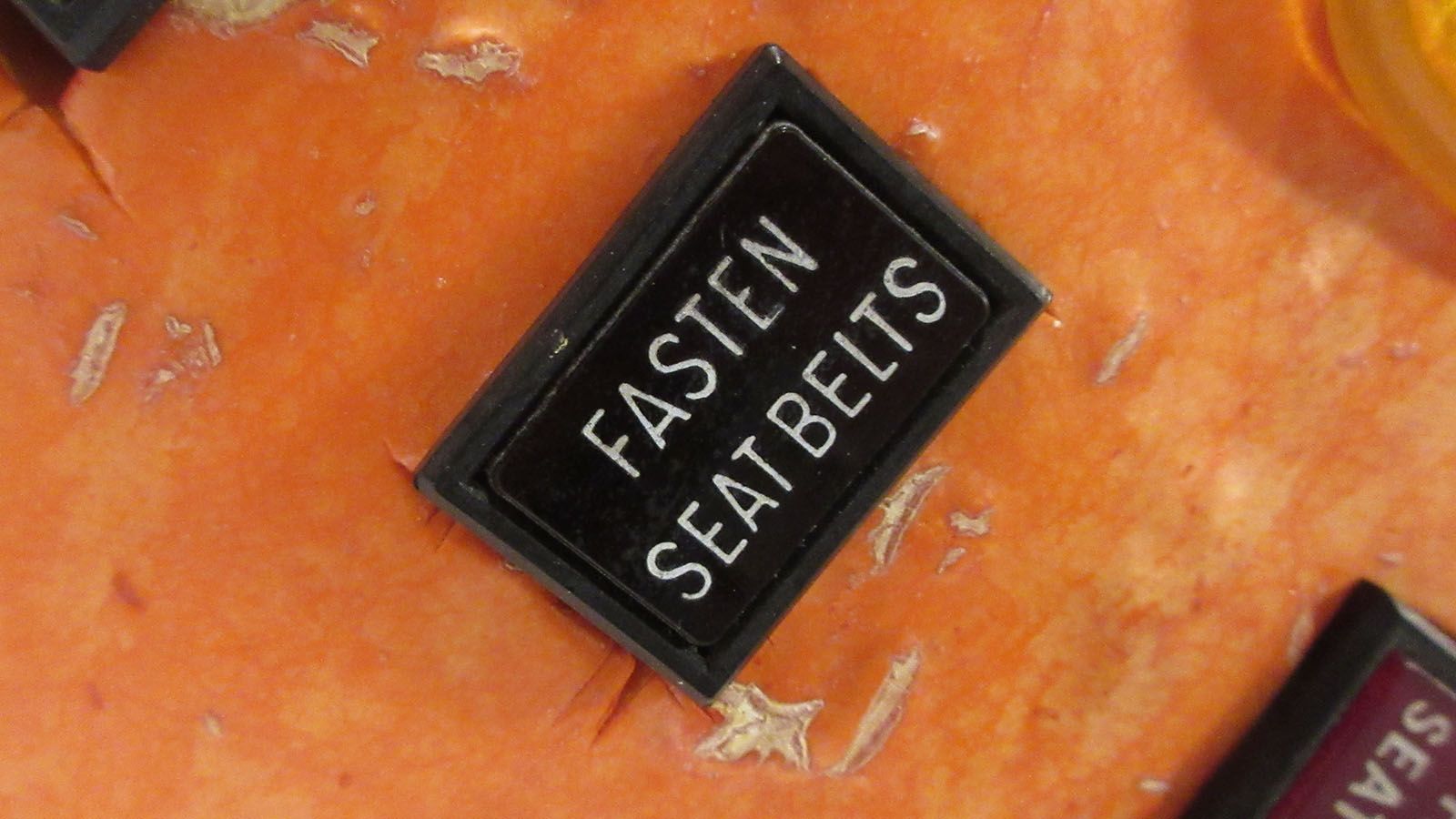 You can find these FASTEN SEAT BELT warning light in US-market mid-to-late-1970s Fiats.

Traditionally, the “teeth” of a jack-O-lantern are squares or rectangles, so I rummaged through my big box of FASTEN SEAT BELT warning lights, harvested from numerous junked 1972-1980 cars about 25 years ago, and found a half-dozen from Fiat 124 Sport Spiders. Because these mount in simple rectangular holes, they are very easy to install in a pumpkin. 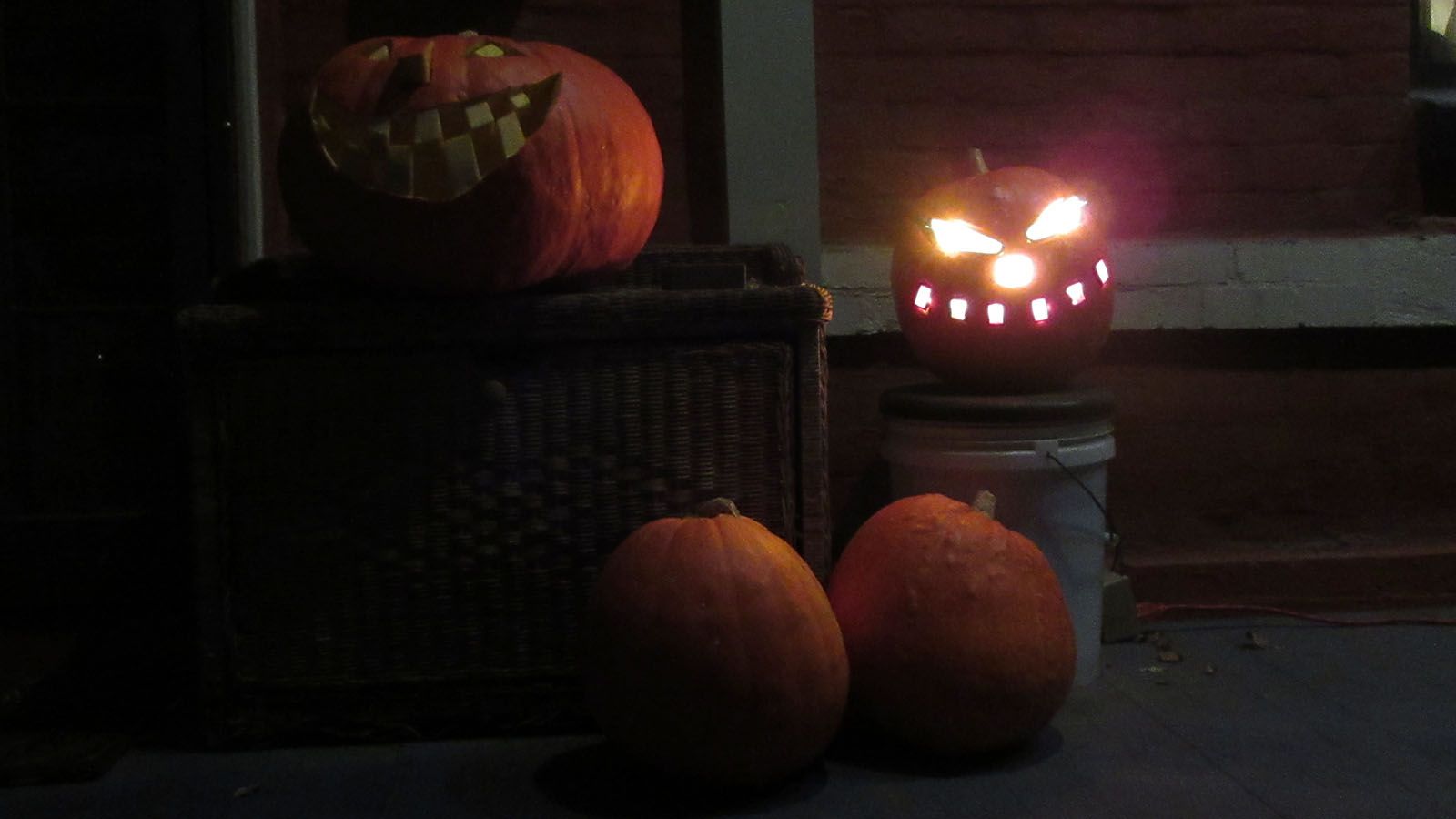 These lights are bright. Real bright.

Success! The “eyes” and “nose” are piercingly bright, which seemed to impress the kids coming around for candy. A few recognized that car parts were involved, but nobody identified the sweet Kizashi lights. 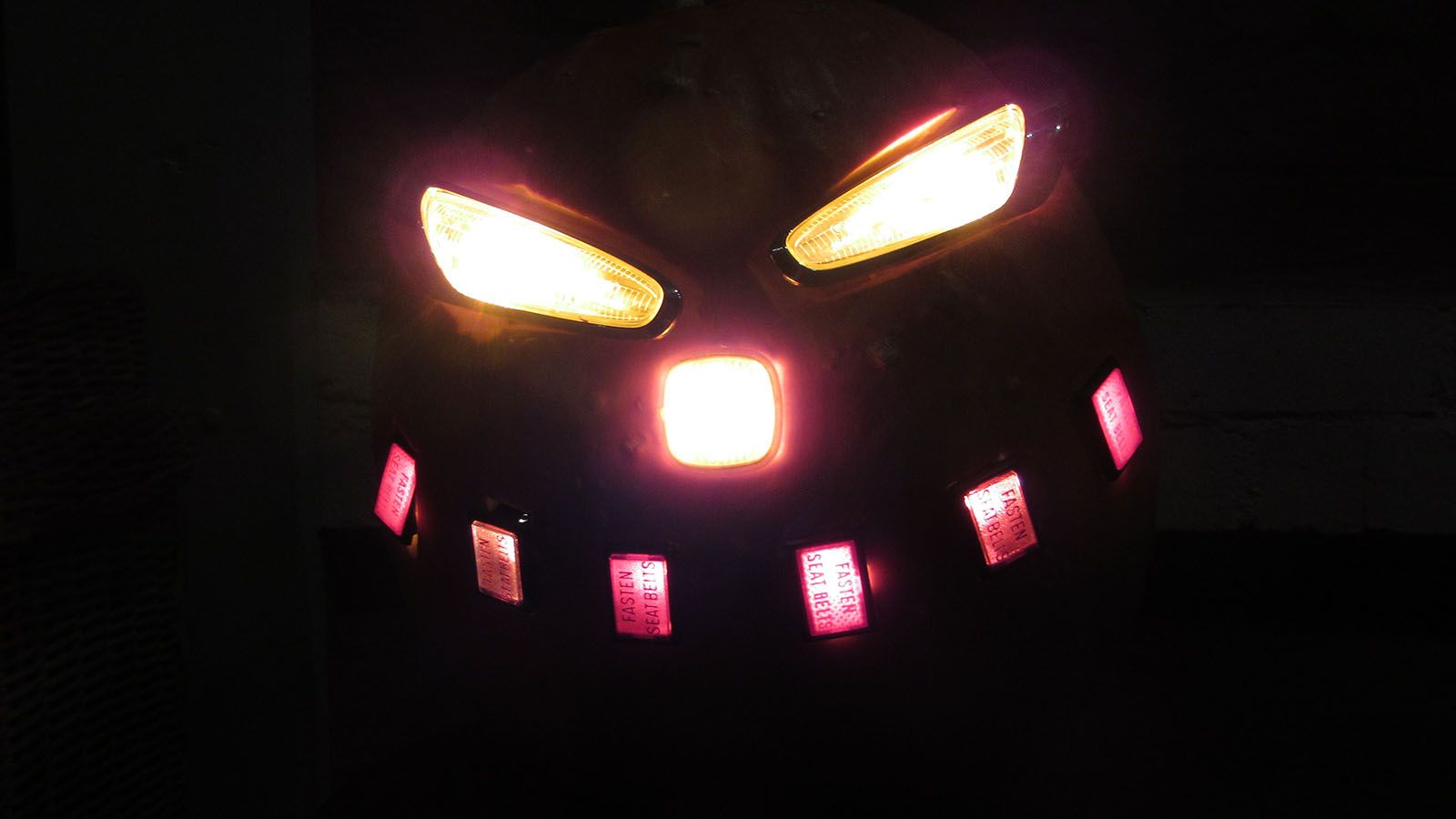 Perhaps I’ll add some car horns in next year’s version.