Home » Karamjit Singh aiming for return to Asia-Pacific Rally Championship in 2022 with Cisco Racing in an Iriz R5 – paultan.org

Karamjit Singh aiming for return to Asia-Pacific Rally Championship in 2022 with Cisco Racing in an Iriz R5 – paultan.org 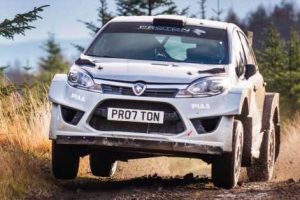 The formation of the Cisco Racing team will serve as a stepping stone for Karamjit Singh, as the “Flying Sikh” is aiming for a return to a bigger stage, the Asia-Pacific Rally Championship (APRC). However, Karamjit will first need to cross a few hurdles before this can come into fruition.

According to Cisco managing director Rabin Nijhar, round one of the 2021 Malaysian National Rally Championship (MRNC) from June 26-27 will the first stage to determine the relevancy of the partnership with Karamjit. An encouraging result – be it a win or close to winning – will allow Cisco Racing to proceed to the next stage, which is to become the overall MRNC champion this season.

If these two targets are met, Cisco Racing will set up a platform to welcome assistance from larger parties that not only have the funds, but are more experienced in the world of rallying. With the newfound support, Cisco Racing will then proceed to compete on an international level at the APRC with Karamjit. Should everything fall in place, a Proton Iriz R5 is expected to join the team around February or March next year. The rally machine is developed by Mellors Elliot Motorsport (MEM) in the United Kingdom and was responsible for the Group N-winning Proton PERT (Petronas Eon Racing Team) in the FIA Production Car World Rally Championship. The outfit also developed the Satria Neo S2000.

Rabin noted that for those who are interested to work with Cisco Racing and be involved in this project, they can do so immediately and not have to wait for the first two targets to be met.

Karamjit has already expressed his interest to compete on an international level previously, and that mission received the support of the ministry of youth and sports. Back in December 2020, it was reported that the ministry will seek sponsors for the RM3 million needed, although this is still ongoing with no good news from either side for now.