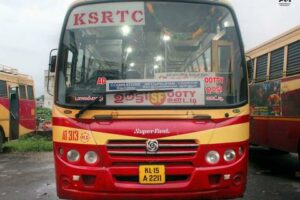 The Central Trade Marks Registry’s verdict is out and it gives Kerala the ownership of the trademark.

The transport departments of Kerala and Karnataka have been involved in a legal tussle over the use of the abbreviation ‘KSRTC’, which has now reached its final conclusion. The Central Trade Marks Registry’s verdict is out and it gives Kerala the ownership of the trademark.

Both Kerala and Karnataka have been using the name KSRTC on their state transport buses. In 2014, Karnataka issued a notice to the neighbouring state against the use of the name, claiming that they had secured the trademark on it. To which, Kerala responded by saying that they were the first to use it on their buses.

It was found that Karnataka had started using the abbreviation in 1973, whereas the Kerala State Road Transport Corporation was formed way before that in 1965.

KSRTC will now be issuing a notice to the Karnataka Transport Corporation asking them to stop using the brand name on their buses.