Kia is working on a fleet of new vehicles for United States and Korean troops—think do-anything 2.5- and five-ton trucks. This fleet also includes a new Humvee-like off-road vehicle based on Kia’s Mohave SUV, and it could potentially be sold abroad in civilian trim. Prototyping is set to begin this year for eventual deployment in 2024, though as of right now, not much is known about the upcoming all-terrain vehicle.

For geographic, historic and political reasons, South Korea is not a member of NATO, yet it does have a 28,500-strong United States Forces Korea presence stationed within its borders. With a neighbor like North Korea led by a certain Kim Jong-un, it’s no wonder this nation of 52 million takes military preparation seriously. As South Korea’s second-largest automobile manufacturer after minority owner Hyundai, Kia has developed a wide range of military vehicles already, ranging from fairly standard utility SUVs to massive 8×8 trucks and tractors.

Kia confirmed that the Mohave platform could branch out to other small-volume industrial and leisure vehicles, with the company of course promising “excellent body durability.” It’s similar to the original Hummer H1 in that respect, though it’s yet to be seen what might power the tactical truck. 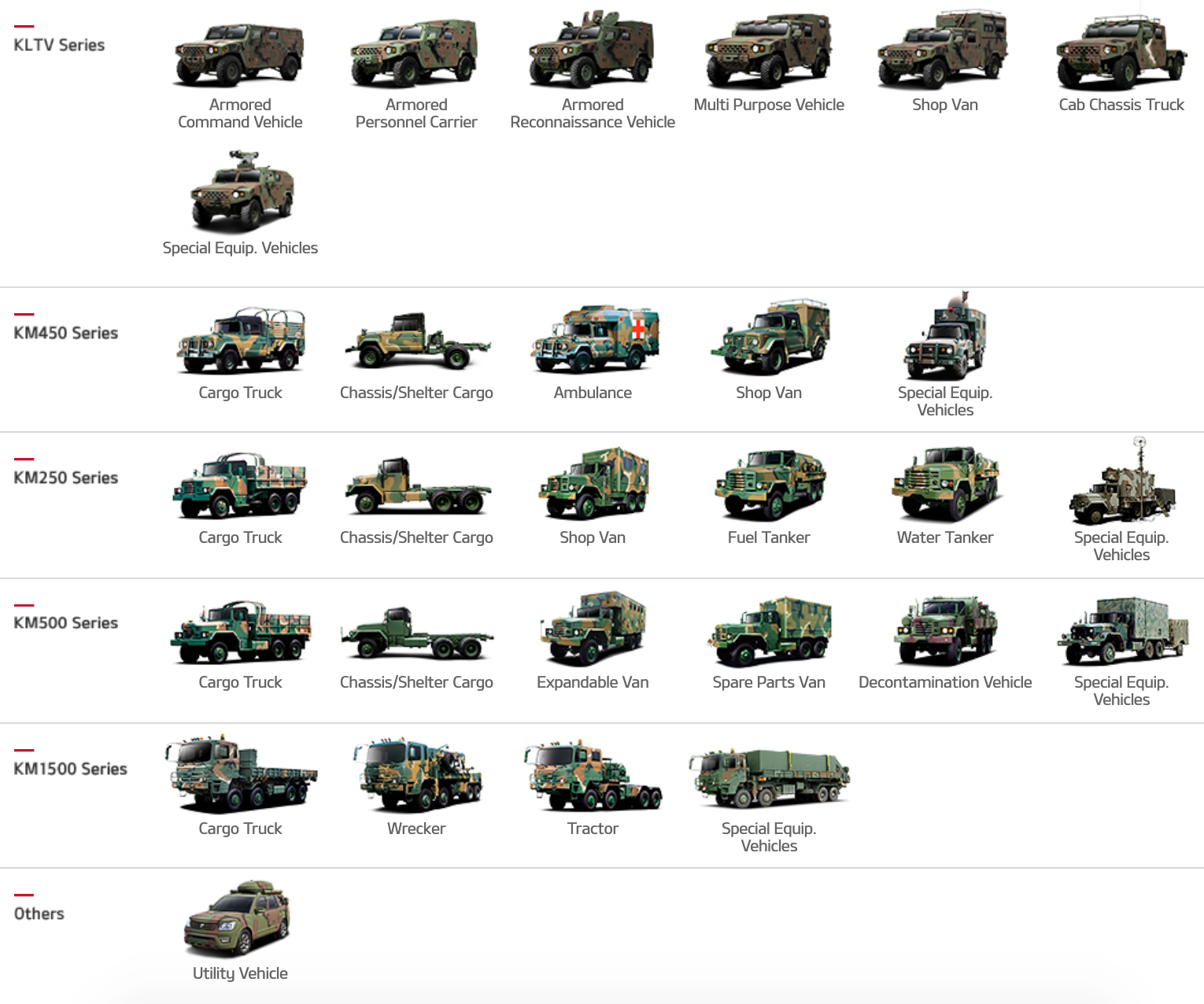 As it’s aiming to expand its Purpose-Built Vehicle business using the experience gained from military projects, Kia is also set to apply new technologies to these workhorses including an EV platform, fuel cell drivetrains and various autonomous features. Kia says its new 2.5- and five-ton military standard vehicles, as well as its bulletproof fleet, will be equipped with the latest commercial tech, including high-torque 7.0-liter diesel engines with automatic transmissions, ABS and traction control, rear parking assist, 360-view monitor, satellite navigation and most importantly: heated seats.

With these new models scheduled to deploy in 2024 as part of “Plan S,” Kia has revealed that to date, it has supplied nine models with 100 derivatives. Production totals 140,000 military vehicles including 0.25-, 1.25-, 2.5- and five-ton machinery. And who could forget the mighty BV206 all-terrain tracked carrier, or 2001’s 15-ton rescue vehicle and heavy equipment transport tractor?

For 2020, however, just imagine Kia’s KLTV 141 Armored Command Vehicle turned into a civilian toy. Or, how about an “Army Tiger” truck as your massive overlander—what’s not to like? 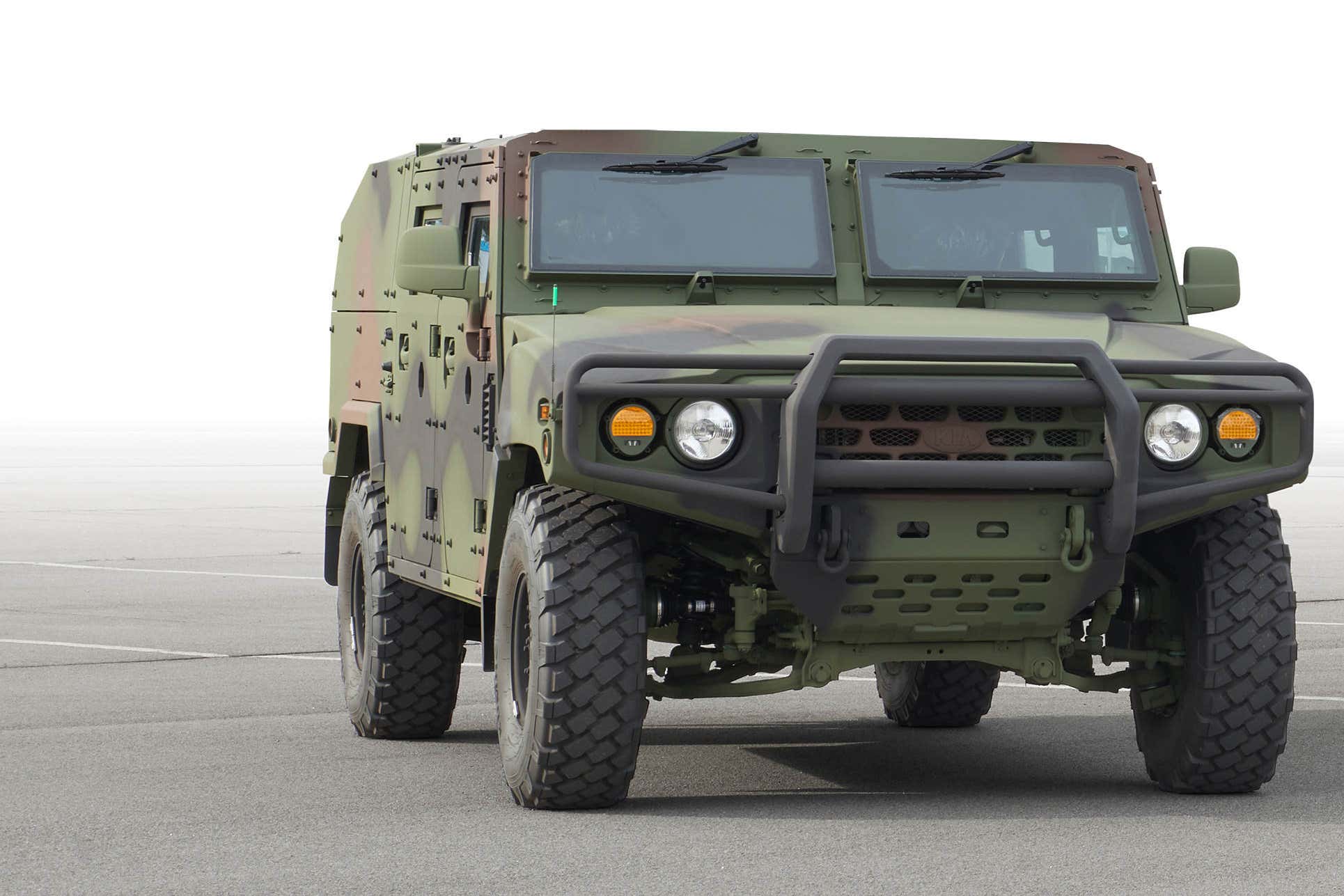 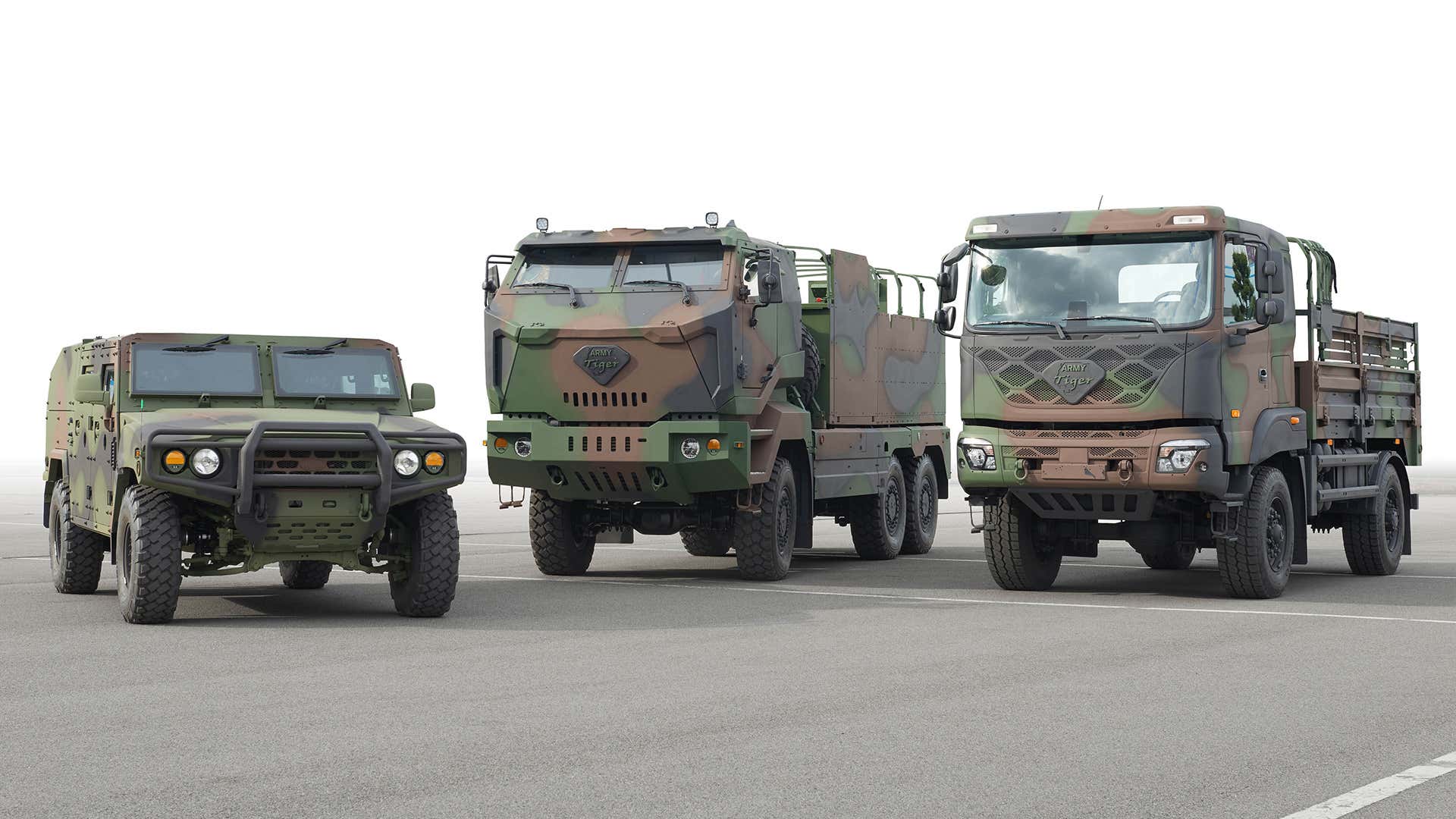 Got a tip? Send us a note: [email protected]drive.com

END_OF_DOCUMENT_TOKEN_TO_BE_REPLACED

END_OF_DOCUMENT_TOKEN_TO_BE_REPLACED
We and our partners use cookies on this site to improve our service, perform analytics, personalize advertising, measure advertising performance, and remember website preferences.Ok