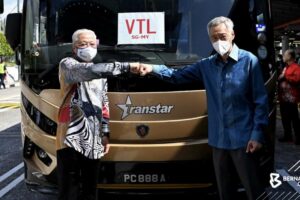 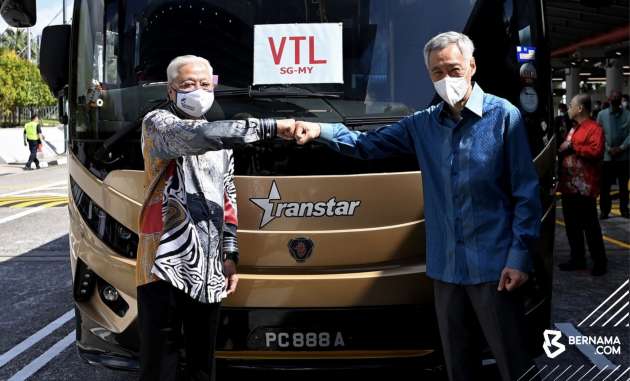 On, off, maybe, off, on again? Malaysia can’t seem to make up its mind on the Kuala Lumpur-Singapore High-Speed Rail (HSR) project. According to transport minister Datuk Seri Wee Ka Siong, talks with Singapore about the revival of the HSR will start in the second quarter of the year, which starts next month.

Wee told parliament this week that his ministry had been tasked to initiate discussions with the Singapore government, and that talks were still in the early stages. “Currently, the transport ministry is preparing to hold preliminary discussions with Singapore in the second quarter of the year,” he said, reported by The Star.

Now, this isn’t at all a surprise. The dead and buried (so we thought; Malaysia has already paid compensation for cancellation) KL-SG HSR popped up again when prime minister Datuk Seri Ismail Sabri Yaakob made an official visit to Singapore in November 2021. Then, he suggested reviving discussions on the HSR to his Singaporean counterpart Lee Hsien Loong.

“Prime minister (Ismail Sabri) suggested reviving discussions on the HSR. I responded to the PM that Singapore and Malaysia had previously reached an agreement to terminate the HSR project, and this had been amicably settled and closed,” Lee said then. 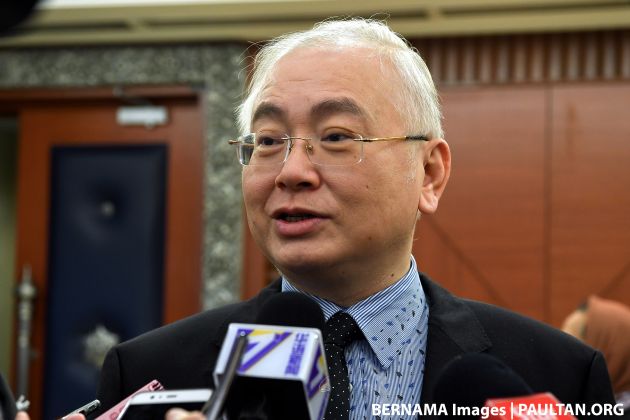 “Nevertheless, Singapore is open to fresh proposals from Malaysia on the HSR project, and the two ministries of transport will discuss the matter. Singapore looks forward to receiving more details from Malaysia so that we can study them and consider the matter again starting from a clean slate,” the Singapore PM added.

Here’s a recap and timeline of the KL-SG HSR project. Back in December 2016, Malaysia and Singapore signed a bilateral agreement to facilitate the project, which was supposed to have begun construction in 2018 and completed in 2025, with operations slated to begin in 2026.

In September 2018, at the request of Malaysia, both governments agreed to postpone the project until May 31, 2020 to allow for the identification of cost reduction options, including reviewing and optimising the alignment, station locations and the business model. The deferment resulted in Malaysia paying S$15 million (around RM45.1 million at the time) as compensation for the abortive costs incurred by Singapore. The payment was made at the end of January 2019. 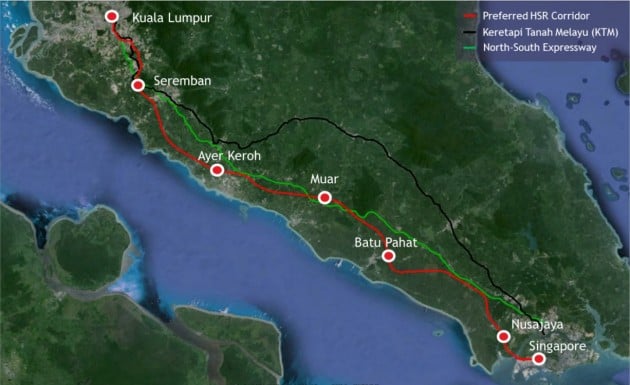 In May 2020, the deferment was again extended to December 31. The decision to cancel the project will incur cost for the country. Previously, it was reported that Malaysia would have to reimburse Singapore for the project implementation costs incurred by the latter up to the point of suspension.

The HSR project was called off on January 1, 2021, after Singapore could not agree to Malaysia’s proposed changes.

“Both governments had conducted several discussions with regard to these changes and had not been able to reach an agreement. Therefore, the HSR agreement had lapsed on December 31, 2020. Both countries will abide by their respective obligations, and will now proceed with the necessary actions, resulting from this termination of the HSR agreement,” read a joint statement by then Malaysian PM Tan Sri Muhyiddin Yassin and Lee.

In March 2021, Malaysia announced that it had paid S$102.8 million (RM318 million) to Singapore for costs incurred for the development of the HSR project and in relation to the extension of its suspension. 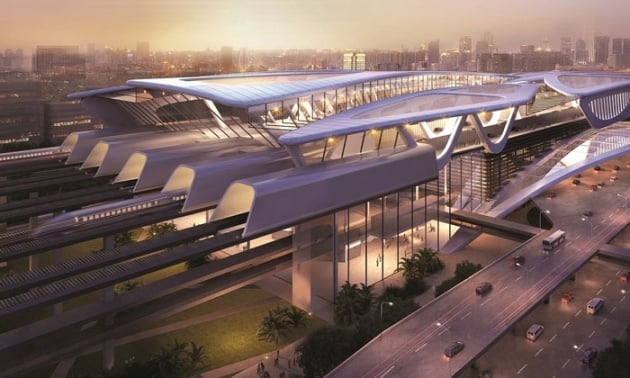 The HSR was originally planned as a 350 km-long double-track route (335 km of which was supposed to be in Malaysia, and 15 km in Singapore) with eight stops in total – Singapore, Iskandar Puteri, Batu Pahat, Muar, Ayer Keroh, Seremban, Putrajaya and Kuala Lumpur. A bridge over the Straits of Johor – with a height clearance of 25 metres – would have linked the line between both countries.

The service was projected to run 10 car-long trains – with the capacity for up to 100 passengers per car – at average speeds of 300 km/h, which would bring the rail travel time between KL and Singapore down to 90 minutes, excluding clearance at customs, immigration and quarantine.

Three years ago, a much cheaper alternative to the HSR was mooted, and this proposed an upgrade to existing rail infrastructure instead of the HSR’s approach of building a new line from scratch. This more affordable alternative – with a much longer 130-minute travel time – was then estimated to cost the Malaysian government RM20 billion, a far lower sum than the HSR’s estimated cost of between RM60 billion to RM70 billion.