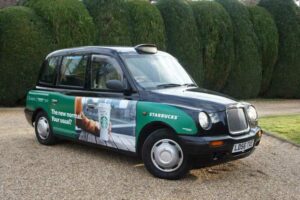 Need a quirky family car on a budget? Shed has just the thing

The history of the black cab, or Hackney carriage, is fascinating. It goes back to the 17th century when even British Leyland wasn’t around. Every London taxi built since 1906 has the same 25 foot turning circle, a feature reputedly insisted upon by the licensing authorities to allow drivers to negotiate the tiny roundabout at the entrance of the Savoy Hotel. This ability to do no-point turns in any street renders reverse gear all but irrelevant and makes the taxi ideal for those sudden unsignalled U-turns that are so beloved by cyclists and motorcyclists.

Perhaps the most familiar London taxi was the elegant FX4 that ran from 1959 right up to 1997. It was the first cab allowed by the authorities to have a fixed windscreen. Before that it was thought that taxi drivers would have a better chance of peering through London’s pea-souper fogs if they could lift the screen out of the way. Clever thinking.

Our Shed, one of the last TXIIs, is powered by a Ford Duratec 2.4 diesel. This one’s 370,000 mileage is a badge of honour and potentially good news for all privately run Transits. Previous to the TXII, the 1997-2001 TX1 had less noticeable power courtesy of a Nissan 2.7 donk. That was a proper cockroach motor. The Nissan taxi we had in SOTW back in 2016 had racked up nearly 500,000 miles.

Oddly, not to say mysteriously, there was no TXIII or TX3. They went straight from the TXII to the TX4 in 2007. Boringly, the latest electric cab is simply called the TX. If you’d like something that won’t groan about the place like a hippo hitting the dirt with a hypodermic dart in its bum you could shove a V8 in, as this enterprising soul did with his FX4.

If you can live with whatever drivetrain is lurking beneath the blobby bodywork, taxis can make surprising sense as private transport. The string-powered activation for the nearside front door is a classic piece of design that Shed plans to pinch for the passenger door of his Mercedes S124 estate, because the Merc’s fritzing vacuum locking system likes to suck the passenger side button back down just before one manages to run round from the driver’s side to open it. He would love to be able to beat the Merc by opening the passenger door from the inside and then pulling it shut with some string.

Plus, have you ever heard of a taxi being stolen? No, neither have we, but nevertheless one of the TXII’s improvements over the TXI was its ECU-driven anti-theft system (whoo!). The TXII also had restricted opening on its rear side windows to stop people jumping to freedom without paying. Presumably that was in response to feedback from mean-spirited taxi driver focus groups. Bet they’d be fun.

Talking of which, just think of the hoots you could have cruising around the streets of your town with the For Hire sign on, slowing down to collect the gratefully waving fare before clicking the sign off again and roaring away laughing in a cloud of black smoke. Which you might be in this case because our shaxi is not a low-miler. Having said that, the only advisories on the MOT were for slight play in the steering and a non-excessive oil leak. You’ll see this type of note and much worse written on a million other MOT certificates at this end of the market.

Despite the mileage it looks remarkably clean inside. Thing is though, there’s clean and there’s clean. Top Gear once did a feature where some men in white coats forensically tested car interiors. That was disgusting. The guy taking the pics of our shed clearly wasn’t taking too many chances with his fingers when he was lowering one of the dicky seats. Do they still call them that?

Our Shed’s radio is tuned to Classic FM, a calming station to get you through those long hours spent on a hot seat shouting over the racket of the engine to the unfortunate bod in the back about Boris, Covid and the management failings of Arsenal FC. This fantastic lifestyle could be yours for £1,490, guv.

Let’s finish on some more fun taxi facts, some of which might not be facts. It’s illegal to shout ‘taxi!’ in the street. If you’ve got bubonic plague, you have to tell the driver. If you are the driver, under the terms of the Town Police Clauses Act of 1847 you’re allowed to take a leak on your taxi’s nearside rear wheel so long as your right hand is touching the cab. Every day’s a school day…