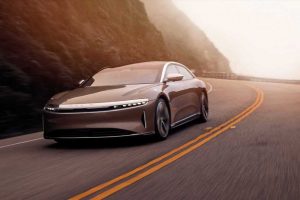 The effects of COVID-19 have caused a delay in the arrival of an eagerly awaited new electric car from a startup: the 2021 Lucid Air. In a letter from Lucid CEO Peter Rawlinson, the company announced that vehicles will not be delivered this spring as originally promised. Instead, customer deliveries will begin sometime in the second half of 2021.

In the letter, Rawlinson stated that despite excellent progress bringing the car to market, “We now know that we won’t be able to start delivering Lucid Air this spring at the level of quality we insist on providing.” The automotive startup cited the effects of the coronavirus on the supply chain, testing, and preparing for sales. Currently, the company is building “release candidate” near-production-ready vehicles at its Casa Grande, Arizona, facility.

Lucid made big news when it announced that its Air electric luxury sedan had a projected range of 517 miles putting it in league with Tesla. When it later unveiled the vehicle, its launch-edition Dream trim level range was a little less than the earlier announcement but still impressive at 503 miles. At the time, it was more than anything Tesla produced. Since then, Telsa has announced an updated Model S with an estimated range of 520 miles. It’s expected to be available in late 2021.