Mahindra TUV300 Plus facelift to be called Bolero Neo Plus 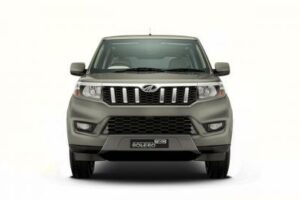 This year, the Mahindra TUV300 was rebranded as the Bolero Neo. The sub-4 meter crossover was launched in July 2021, and there have been talks of an extended version called the Bolero Neo Plus.

Veejay Nakra, CEO, Mahindra & Mahindra, had confirmed that the Bolero Neo Plus was on the cards. However, there hasn’t been any update on it since.

The Bolero Neo Plus will essentially be an updated TUV300 Plus. The car will get a slightly longer rear overhang and a larger boot. It is expected to be offered with the same 1.5-litre mHawk100 diesel engine as the Bolero Neo. This engine produces 100 BHP and 260 Nm and is mated to a 5-speed manual transmission. It has an Eco Mode and an Auto start / stop function.

In terms of its styling, the Bolero Neo Plus could get a similar front fascia as the sub-4 meter version, albeit with minor changes. However, the rear end design will be tweaked to accommodate the extended boot.