Nothing exposes a society’s flaws like a crisis, and when the coronavirus arrived in the United States, it made many Americans realize who really keeps the wheels greased. Those deemed essential were asked to put the lives of themselves and those closest to them on the line, all so the rest of us could maintain some semblance of the reality we left behind. Acknowledging their dependence on this essential personnel, some corporations have stepped up to the plate to support them, the auto industry in some cases enacting free maintenance programs for healthcare workers. But Mazda won’t limit its display of gratitude to a few oil changes; it’ll put its money where its mouth is by awarding 50 deserving COVID-19 combatants with free, special-edition MX-5 sports cars.

Calling upon the public to nominate those who have taken care of their fellow Americas, “Mazda Heroes” hopes to raise a toast to those who have shown goodwill to their countrymen this year. Mazda considers any show of altruism—be it making masks for elderly neighbors, or keeping young students’ spirits up—grounds for nomination, which can be done through this link by Oct. 25. Starting Dec. 2, Mazda will declare 50 finalists, all of which will be awarded 2020 Mazda MX-5 100th Anniversary Editions. 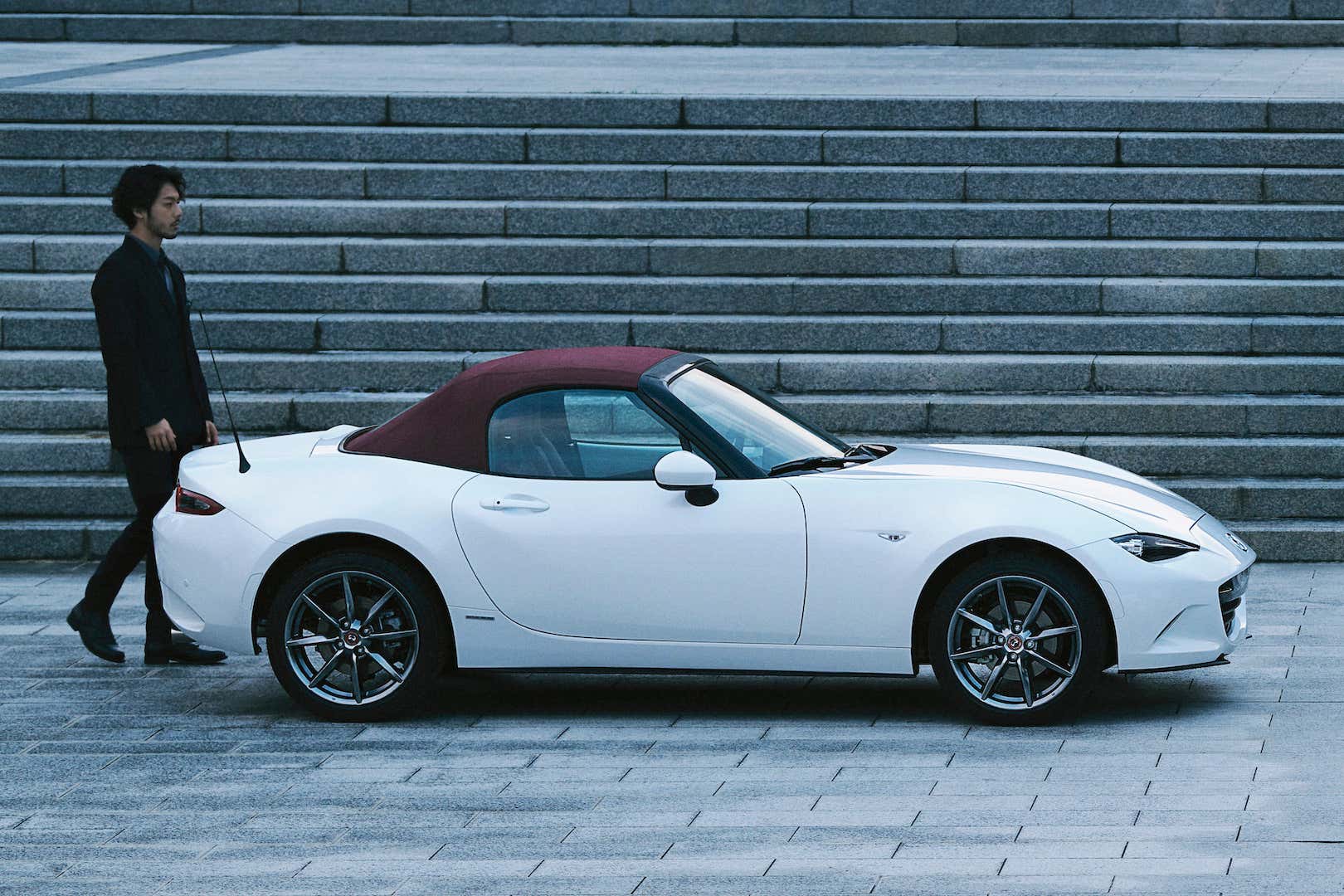 Built to celebrate Mazda’s corporate centenary, the MX-5 100th Anniversary Edition is based on the top-of-the-line Grand Touring model and ordinarily starts a grand north thereof at $32,670. Every example shares Snowflake White Pearl Mica paint, red interiors and in the case of soft-top models, a red roof. A 2.0-liter four-cylinder powers either a six-speed automatic or manual transmission connected to the rear wheels, in the latter case by a limited-slip differential, which pairs perfectly with retuned springs, Bilstein shocks and a front strut brace to enhance handling.

Apple CarPlay, Android Auto, Bose audio, automatic climate control and heated leather seats make these MX-5s just as special on commutes as they do back roads, and they’re sure to help bring light into the lives of the essential workers who earned them.

END_OF_DOCUMENT_TOKEN_TO_BE_REPLACED

END_OF_DOCUMENT_TOKEN_TO_BE_REPLACED
We and our partners use cookies on this site to improve our service, perform analytics, personalize advertising, measure advertising performance, and remember website preferences.Ok