MCO for Kelantan; CMCO for Selangor, KL, Johor, Penang, Sabah and Sarawak effective until May 17 – paultan.org 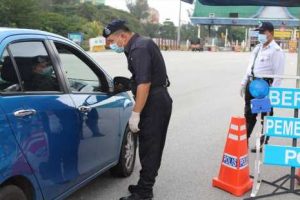 The Malaysian government has announced that the conditional movement control order (CMCO) currently in effect for Selangor, Kuala Lumpur, Johor, Penang and Sarawak will be extended until May 17, with Sabah joining the list of CMCO states from April 29 and similarly takes effect until May 17.

States which will be under the recovery movement control order until May 17 include Perlis, Melaka, Pahang, Terengganu, Perak, Negeri Sembilan (except Seremban under CMCO), Kedah (except Kuala Muda under CMCO), along with federal territories Putrajaya and Labuan.

As before, interstate travel across the country country remains prohibited without a permit, except for tourism travel between RMCO zones which will have to be specifically requested through registered travel agencies under the tourism, arts and culture ministry (MOTAC).