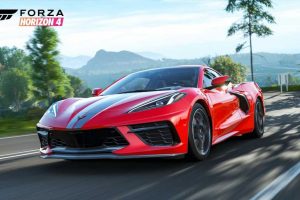 This had to be inevitable, right? Turn 10’s Forza universe had to feature the C8 Chevrolet Corvette at some point, and that point is now. Or, rather, January 14, 2021, when the 495-hp mid-engined Plastic Fantastic becomes available in Forza Horizon 4 for Xbox One.

We probably don’t need to remind you how fond we are of Chevy’s mid-engined masterpiece (we named it the 2020 MotorTrend Car of the Year), or how long we’ve waited for just such a Corvette while the company kept putting it off over several generations. And despite a lot of hand-wringing about whether the company would be able to make a mid-engined Corvette the big-time performance value the front-engined ones ultimately became, the C8 is, simply put, an achievement. The first of its kind is incredibly great, period.

And, yes, the C8 is a stunning bargain at just $59,995 to start for a 2021 model, but not everyone has 60 grand (or more) laying around—so it’s cool those with an Xbox One and a few bucks in their bank account can soon check out the car in Forza Horizon. We’re also expecting the C8 to make the jump to the upcoming Series X console games, whenever that happens.

END_OF_DOCUMENT_TOKEN_TO_BE_REPLACED

END_OF_DOCUMENT_TOKEN_TO_BE_REPLACED
We and our partners use cookies on this site to improve our service, perform analytics, personalize advertising, measure advertising performance, and remember website preferences.Ok