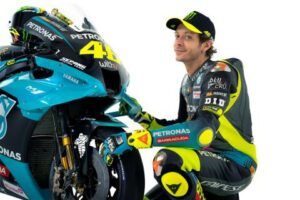 With a career spanning 26 years, Rossi has clinched 115 Grand Prix wins (89 in the premier class) and 235 podium finishes.

Valentino Rossi has announced his retirement from MotoGP at a press conference, ahead of the Styrian GP in Austria, post the summer break. Rossi will retire from the sport at the end of the 2021 season.

Valentino Rossi made his Grand Prix debut in 1996 in the 125cc class and was crowned the champion in 1997. He then progressed to the 250cc class in 1998, again winning the championship in the division the following year.

In 2021, Valentino Rossi made a move from the Yamaha factory team to Petronas SRT Yamaha team. With a career spanning 26 years, Rossi has clinched 115 Grand Prix wins (89 in the premier class) and 235 podium finishes.