The fire at Advanced Plating last August 25th had only happened a few weeks before the staff of STREET RODDER converged on Pigeon Forge, Tennessee to cover Shades of the Past’s Hot Rod Roundup and our own Triple Crown of Rodding. It was tragic news but amazingly we heard Steve Tracy, Advanced Plating’s owner and his family of faithful employees had already hit the ground running to recover from the fire. It hasn’t been a year yet and a tremendous amount of recovering from the disaster has taken place.

To show and explain how things are coming along our friends at Advanced Plating sent STREET RODDER some photos of its preview party held May 2nd along with a letter to catch everyone up on the company’s progress. 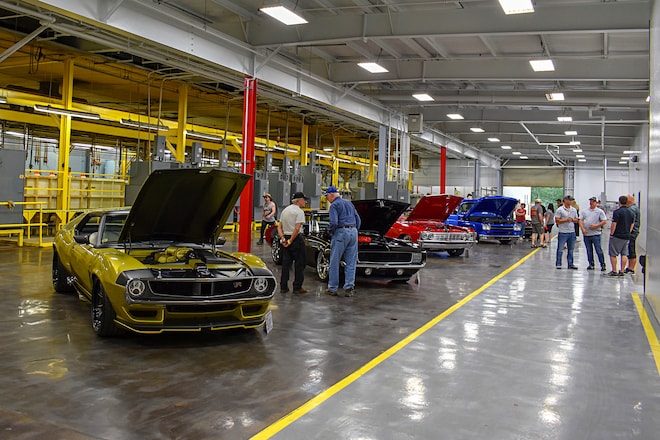 “If you have you have visited the facility of Advanced Plating in Nashville, Tennessee, then you are aware of what an incredible operation they have.  As one of the industry’s leading plating shops, Advanced Plating has worked hard to solidify itself as the go to place for high end projects, difficult plating jobs, and extensive restoration projects.  If you had the chance to see the inner workings of their facility, you know how nice of a shop they have.  It was always clean, always bright, and far from what you expected the inside of a plating shop to look like.  Being in business for almost 60 years, they had developed a system and culture within the walls of Advanced Plating, which the employees had adopted.

Unfortunately, on August 25th, 2018, their facility on Cowan Court in Nashville caught fire and destroyed the building and its contents.  Luckily the facility consisted of two buildings separated by a dock, so the showroom and warehouse were spared.  Nonetheless, the shop, tools, equipment, records, computer system, and even customer parts were all victims of this tragedy.  It was a somber day for owners Steve and Sheri Tracy as they stood by and watched the Nashville Fire Department refuse to put water on the fire and let their business burn to the ground.   At this point it would have been easy for the Tracy’s to shut the doors, sell the property, and call it a good run, but the Tracy’s were not going to let another fire take them out. 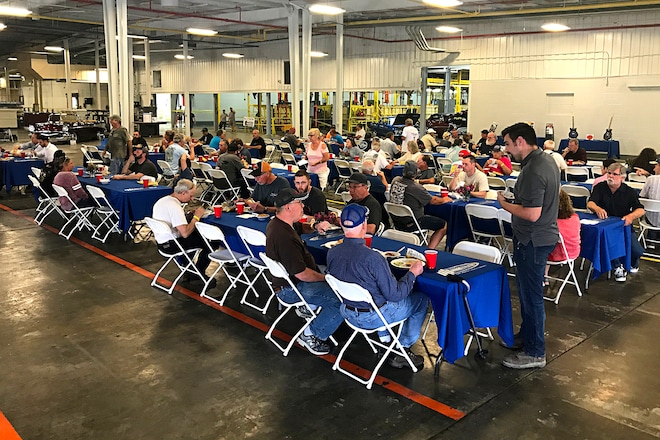 Yes, you read that right, another fire.  You see, they had experienced to serious fires previously and let’s not forget the great flood of 2010.  If history had shown us anything, it was that Advanced Plating and the Tracy’s knew how to conquer a tragedy.  If you know Steve and Sheri, you know that they are crisis tested and they can navigate their way out of the disaster.  Once the all clear was given on the old facility, the Advanced Plating crew started cleaning up the ashes and salvaging what they could.  In no time, the shell of a building was emptied, and the exterior was reduced to concrete slab.

Just like a phoenix rising from the ashes, the Tracy’s had located an existing facility in nearby Portland, Tennessee that would work great as a new home for Advanced Plating.  So, starting in November of 2018, a full-scale rehab and renovation was underway on the plating company’s new home.  Although there have bumps and setbacks along the way, the crew has forged ahead and are only months from opening their doors on the new facility. 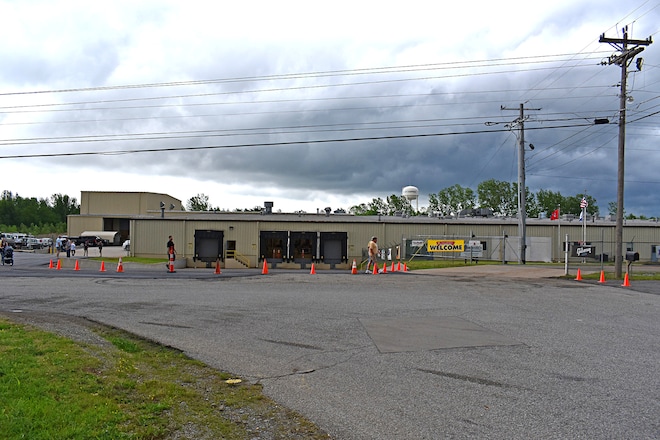 Earlier this month on the 2nd of May, we had the opportunity to get an exclusive preview of how the new facility was shaping up, when Advanced Plating hosted a kickoff party in conjunction with the Goodguys Nashville Nationals.  Although it is still a work in progress, it was incredible to see the tremendous amount of work that had already been accomplished and just how nice this new facility was shaping up to be.  One thing is for sure, this will probably be one of the biggest plating shops around with a footprint covering approximately 140,000 square feet.   So even though the fire tried to take them out, it is easy to see that they are going to come back bigger and better than ever with this new state of the art facility.

Although no official opening date has been set at this time, we look for Advanced Plating to be operating at 100 percent some time mid-summer.  Stay up to date on their progress by checking out their website or following them on social media.”