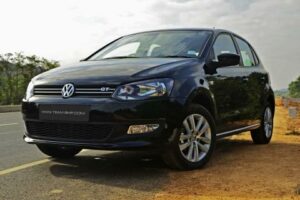 Over a period of 2 weeks, I have been noticing a steady rise in engine temperature even during short runs.

BHPian sunsetorange recently shared this with other enthusiasts.

I have a Polo GT TSi, bought in 2016. It has run around 70,000 kilometers and had undergone mechatronics change under add on warranty.

Over a period of 2 weeks, I have been noticing a steady rise in engine temperature even during short runs. It usually remains at 90 degrees C no matter how long or how hard it had been driven. These days, it has started rising to 100 and 105 degrees and the AC cooling was failing. On seeing the rise in temperature, I used to switch off the AC compressor and slow down a bit, upon which the temperature returned to 90 degrees.

I even took to running the car with the windows down and AC off, but to my chagrin, I found the temperature rising even if I do 2-3 kilometers at about 60 -80 kmph.

Throughout all this I was checking for any telltale signs of coolant leak – decreased levels in the reservoir/ splashes of coolant in the engine bay, but found nothing!

I called up to Ramani VW ( dealer here in Trichy) and explained about my problem and asked for the car to be picked up on the 10th of june. They checked the car and repeated what I told them- ” No decrease in coolant levels or any noticeable leaks”. I told them to take a thorough look and get back to me. They called me up the next day and said they have checked the cooling system under pressure and found a tiny leak in the O-ring of the coolant pump. They placed an order for the same and it was replaced on arrival. They checked the car and said the issue has been resolved, raised the bill and sent the car to me. Fortunately, I reached home when the car was being delivered and took it out for a test drive. I had hardly driven 500 metres when the temperature started rising again!. I called up the service assistant and told him nothing has changed after the replacement of o- ring. I sent the car back with the driver.

The service assistant called me back in the evening and said they have thoroughly checked everything and could find no leaks. He had a hypothesis that there would have been an air pocket lodged in the coolant pump or water pump and so they dismantled everything in the cooling system and reassembled them. This took 2 more days. Finally he called me up today and says the issue persists and they have raised a query with VW about the complaint and are awaiting further instructions.

My wife uses the car and has been managing by hitching rides from her family over the last week.

One week has passed and I am nowhere near getting my car back.

What could be the problem? Any ideas?

Here’s what BHPian shifu had to say on the matter:

Just a pointer – I had the exact same issue in my 2016 Vento TSI. And I have helped another friend diagnose it for his 2018 Polo TSI.

There is a solenoid that instructs the radiator fan to start when the coolant temperature reaches a particular temperature. That solenoid intermittently stops working. There is a way to bypass that solenoid, so the fan will always run. At the Service center, the technician bypassed the solenoid and asked me to run for couple of days. If the temperature is not crossing 90 C, then we know for sure that the issue is with that.

The solenoid is covered under warranty, if you still have it. It costs around 8K, and including labor the total bill came around 10K.

Here’s what BHPian Rshrey22 had to say on the matter:

It could be a bad thermostat valve. That should be the first thing which needs to be checked.

Followed by radiator fan, sometimes people forget to check whether radiator fan is turning on or not since nowadays it is hidden by the shroud covering the radiator from the back. Car has covered 70k kms, so it is possible that the radiator fan motor has failed.

It could also be a clogged radiator, which can be easily cleaned at your local FNG for Rs. 500-700/- . It is taken out and the channels are cleaned with wire.

Also, get your ac condenser and radiator pressure washed by an AC service guy. Maybe you haven’t gotten these cleaned in a long time. Dust accumulation does increase the burden on cooling system.

Here’s what BHPian dhanushs had to say on the matter:

The initial problem could’ve been the O-ring of the water pump or water pump itself, but, since they’ve changed it and checked pretty much everything, I think the initial heat-up has caused a head gasket failure. Do check it out.

Here’s what BHPian R2D2 had to say on the matter:

Please have your service centre check correct operation of the following:

I assume you have been using OEM coolant and not topped off coolant with tap or bore-well water.