Manufacturers love setting them, too. Speed records are the ultimate flex of engineering and manufacturing skill. You can say that by the hard, raw data—the actual numbers—that your car is the best. That makes it oh-so-tempting to fudge these records, of course, which is why car enthusiasts love to dissect every aspect of new records that are set. Anyone can claim something, but we want to see the receipts. If you fail to show up with adequate proof, you could find yourself in SSC’s situation, where the company had to admit that the video showing its Tuatara’s land-speed record was “substantially incorrect” after eagle-eyed enthusiasts pointed out various things that didn’t add up. Worse yet, the company that SSC claimed had validated the run, Dewetron, said that no one from Dewetron was present at the Tuatara’s high-speed run and that Dewetron staff never even saw SSC’s raw data. Yikes.

Perhaps it’s time for Nevada, whose Highway 160 was used for SSC and Koenigsegg’s high-speed record runs, to take a page from another record-setting site: the Nürburgring.

The Nürburgring Nordschleife is the lap record of all lap records to set, and has had its fair share of discourse over the years as to whose record lap times are legit and who was trying to pull a less-than-fast one. In response, the Nürburgring set up its own lap timing commission in 2019 to govern any lap record attempts on the track.

Nürburg local and frequent high-performance record commentator Misha Charoudin explained how Nordschleife records work now in a recent video, but the gist of it is this: A Nordschleife lap record attempt is a special kind of track rental where you aren’t just paying to have the track to yourselves, but you’re also paying for the Nürburgring’s official timing partner to time the laps and a notary who verifies that the time is correct. If you’re bringing a production or pre-production car, staff will even scrutineer the car to ensure that it really is like the stock vehicle people can buy.

Lap records that are broken outside of these record-setting sessions don’t count as official—period—and the Nürburgring actively discourages manufacturers from publicizing those unofficial lap times. This isn’t just because of it’s too easy for manufacturers to pull times out of their rectum without independent oversight, but it’s also due to some legal and insurance reasons.

The Nürburgring keeps a list of all of its officially verified fastest laps and the onboard videos of them, which you can see here. As much as Porsche tried to claim it, the Taycan didn’t make the list as its lap happened during a multi-manufacturer industry pool test session, not a lap record one. The Mercedes-AMG GT Black Series’ recent unofficially timed lap that was faster than the production car lap time record isn’t there, either, as that happened during an industry pool session as well. (Mercedes is likely going to head back for an official record attempt anyway.)

The Taycan’s unofficial lap record feels like an anomaly nowadays. We’ve seen a lot less drama over creatively edited videos or disputed self-claimed lap times with ‘Ring records lately, and that doesn’t feel like a coincidence.

Nevada’s state highways lack that grey area where someone might set a record outside of a record attempt rental. The only time when you’ll be able to safely and legally set a land-speed record there is when the highway is shut down and rented for that use. That’s all the more reason why the state should make timing and officiating part of a package deal when you rent somewhere like Highway 160 for this purpose.

Internet scrutiny of record claims established a set of norms that we all expect to see whenever someone claims to have set a speed record. Ideally, we’d like independent verification of the data from some trusted entity, such as the Nürburgring’s timing partner Wige or the Guinness Book of World Records folks. We want to see the uncut footage, preferably with data overlays. If there’s anything amiss with those things, folks just won’t believe you. 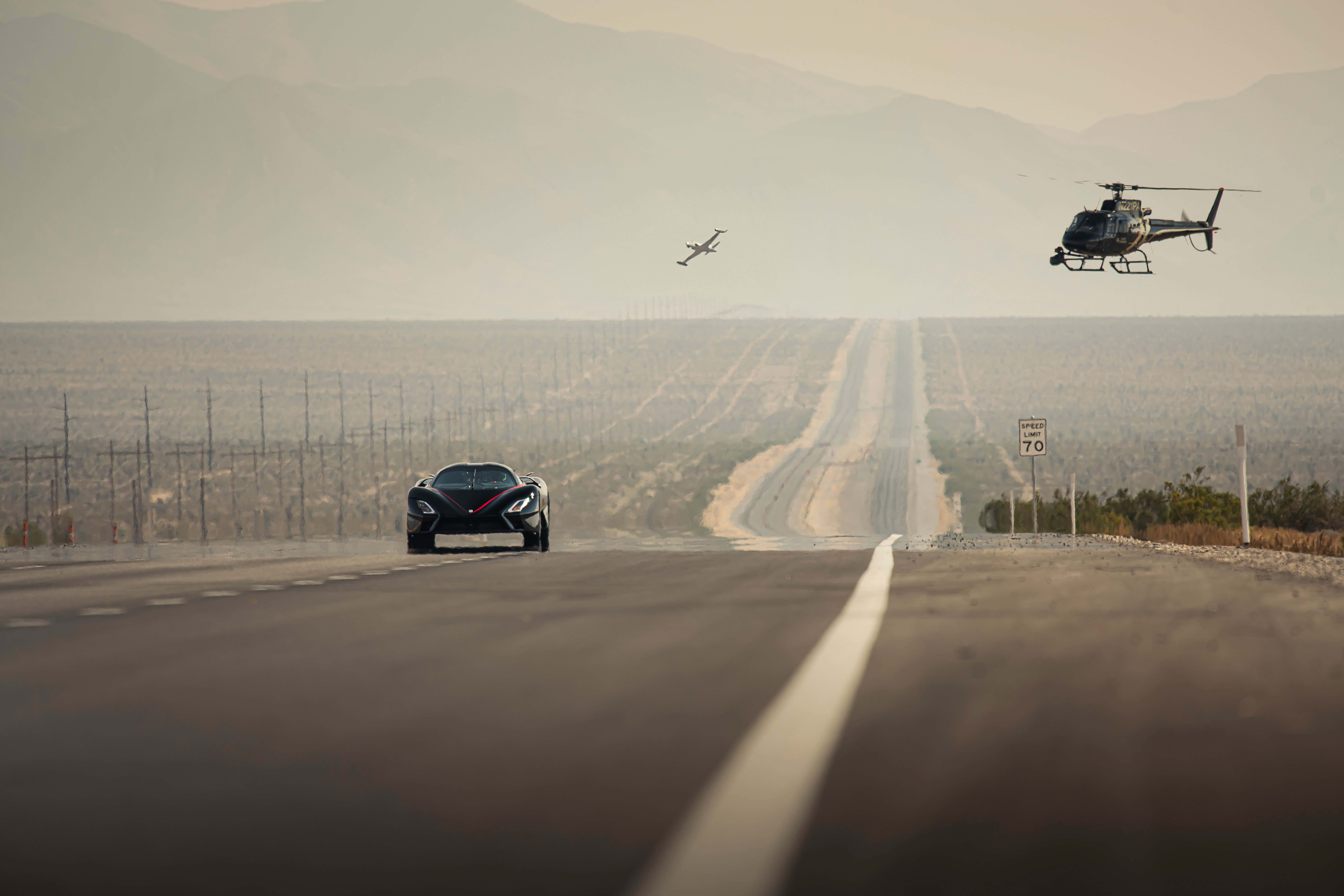 The SSC Tuatara running down Highway 160.

Based on this knowledge and the precedent set by the Nürburgring, Nevada should invest a little time and effort into setting up its own land-speed record commission to keep track of and officiate record attempts. Rentals of Highway 160 for such attempts would include an official timing partner that’s independent from any of the groups setting records there as well as notary and scrutineering services. Nevada can even designate official start and end points on Highway 160 to ensure everyone’s using the exact same length of road for consistency’s sake.

This would make it much easier for smaller or newer manufacturers or entities to organize their runs, and could even be a way for Nevada to make a little extra cash in the process. Being the state that hosts incredible high-speed record runs should be a point of state pride. I know because I’m a Texan, we’re obnoxious, and I would absolutely brag about this if it were in my state. I’m also annoyed that it isn’t, so talk it up, Nevada. Own it, and make these records more legit across the board in the process.

END_OF_DOCUMENT_TOKEN_TO_BE_REPLACED

END_OF_DOCUMENT_TOKEN_TO_BE_REPLACED
We and our partners use cookies on this site to improve our service, perform analytics, personalize advertising, measure advertising performance, and remember website preferences.Ok