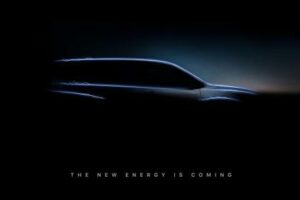 Here is a look at all the important car launches expected to take place in November 2022.

BYD unveiled the Atto 3 electric SUV in India in October. The all-electric SUV is said to be officially launched in November 2022, however, bookings have already opened.

Jeep India is all set to launch the Grand Cherokee on November 11, 2022. The SUV, which is now in its fifth generation, will be the brand’s fourth locally assembled model.

Lexus is likely to launch the LX500d SUV in India by the end of November 2022. It is also reported that dealerships have started accepting pre-bookings for a token amount of Rs. 25 lakh. Deliveries are expected to commence after January 2023.

Powering the LX500d is a 3.3-litre twin-turbo V6 diesel engine that develops 305 BHP and 700 Nm. The engine will be paired with a 10-speed automatic transmission and an all-wheel drive system. The same setup is available in the Land Cruiser LC300.

Tata Motors is likely to launch CNG variants of the Tiago NRG soon. It is said that the official prices could be announced in November.

The Tiago NRG iCNG is expected to be offered with the same 1.2-litre, 3-cylinder engine as the Tiago iCNG. This unit produces 72 BHP @ 6,000 rpm and 95 Nm @ 3,500 rpm when running on CNG and comes paired with a 5-speed manual transmission.

Toyota has released a second teaser of the Innova Hycross ahead of its global unveiling in Indonesia. The MPV will be showcased in India on November 25, 2022.

Reports suggest that the Innova Hycross will be offered with a 2.0-litre petrol hybrid drivetrain powering the front axle. There will be no diesel engine option.