Hero MotoCorp showcased a prototype adventure bike at the company’s Hero World Event 2020, along with new launches and product unveils. Along with the official introduction of three new motorycles – the new Hero Passion Pro, new Hero Glamour, as well as Hero’s first 160 cc motorcycle, the new Hero Xtreme 160R, Hero also showcased a prototype of an upcoming adventure bike, at the venue of the Hero XPulse Rally Kit test rides. Although, no official announcements were made about the bike, the details on display do point to Hero’s intent and focus on the adventure segment in future. 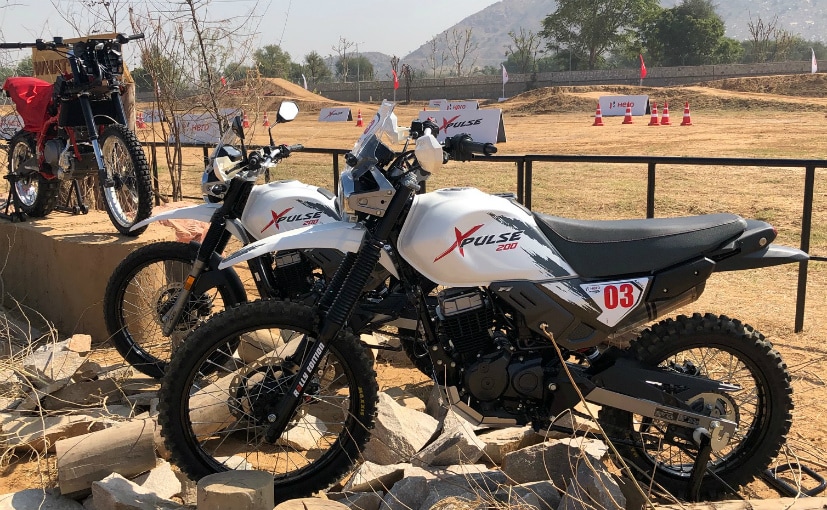 The prototype will likely be powered by a 350-450 cc engine, and will come with a new steel trellis frame

Although still a prototype, the upcoming bike showcased at Hero’s Global Centre for Innovation and Technology (CIT) on the outskirts of Jaipur, was without any bodywork, but does give a few details, including the new steel trellis frame, that will likely debut on the upcoming new adventure motorcycle. While details on the engine aren’t clear yet, what was said is that the new adventure bike will have an engine of more than 300 cc displacement. So, will it be a new Hero XPulse 300, or will it have an engine bigger than that?

So far, details are scarce. But considering Hero already has a full-fledged motorsports and rally team which also participates in the Dakar Rally, and in-house experts in chassis development, we won’t be surprised if Hero pulls out a very capable, and road-legal dual-sport motorcycle, based on the prototype. The Hero Motosports Team Rally already uses a 450 cc platform rally bike, essentially developed by Hero’s rally partner Speedbrain, but again, tuned and developed with feedback and inputs from Hero’s own rally riders and experts. 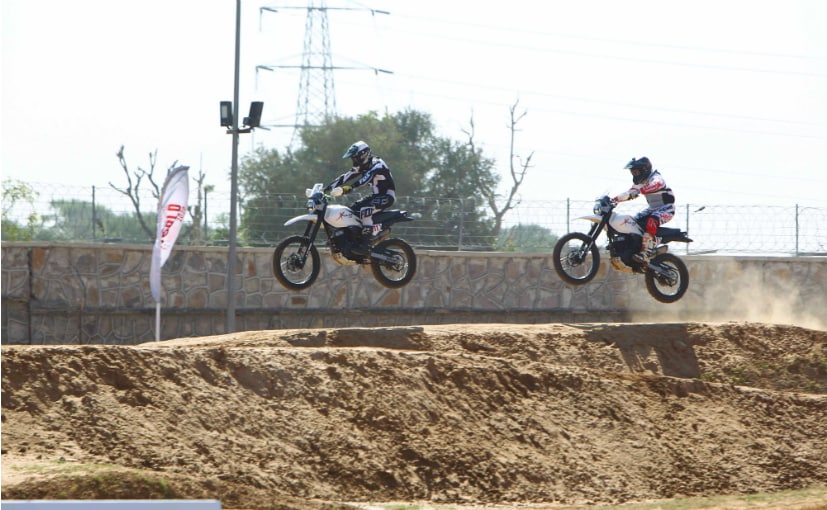 And now, Hero’s head of chassis development is David Lopez, who, before joining Hero, spent close to two decades with British motorcycle manufacturer Triumph, and is widely regarded as the man behind the design and development of the Triumph Tiger 800’s chassis. Lopez also went on to develop the Tiger Tramontana concept, which is regarded as the starting base for the latest Triumph Tiger 900. So, with experienced talent like CS Santhosh, Lopez, as well as Wolfgang Fischer, Team Manager of Hero Motosports, will all that motorport experience translate to product strategy?

The Hero XPulse is a capable enough adventure bike, although lacking in a bit of punch for experienced riders and real long-distance touring. With the introduction of the XPulse Rally Kit, Hero has left no doubt that its motorsports experience will not be limited to just that, and sooner than later, some of those learnings and experiences will translate to product development.

The Rally Kit for the XPulse is a statement, that Hero is serious about this segment, and if the prototype is further developed, then be certain, it will be a true-blue dual-sport, and possibly with a 400-450 cc engine. The big question is – when will the bike see the light of day? By our estimates, we can hope to see a concept at least by the end of the year, but a full-fledged production model may be sometime away, possibly until the second half of 2021. Once it’s launched, Hero will certainly take the fight to the likes of the KTM 390 Adventure, as well as the BMW G 310 GS. Things are getting exciting, and the wait may be well worth it!