Nissan ready to kill sedans in its home market! 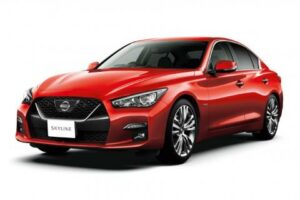 Nissan is said to stop developing sedans for the Japanese market and shift focus on SUVs and EVs.

Nissan’s sedan models currently include the Fuga, Cima, Slyphy and the Skyline. While production of the Slyphy is said to have ended in 2020, the current-gen models of the Fuga and Cima models are said to be their last iterations. The discontinuation of sedans from its home market will allow Nissan to channel more investment towards SUVs, EVs and other technologies.

The Tochigi factory, situated north of Tokyo, which has been the production hub for all of Nissan’s sedans, will be used to assemble the brand’s new Ariya electric SUV. The brand is expected to dedicate the factory towards the production of its electric vehicles.

Having said that, a more recent report stated that Nissan’s Executive VP, Asako Hoshino has denied rumours about the Skyline being discontinued. Hoshino is said to have stated that “Nissan will never give up on the Skyline.”

However, the other sedans in the company’s line-up might not get that opportunity.