Home » No road ban for goods-carrying vehicles this Raya – paultan.org 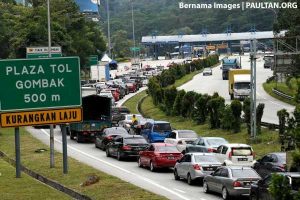 Normally, there will be heavy traffic on the highways and roads during festivals, and typically, goods-carrying vehicles will be banned from the roads on certain dates. The rational behind this is that the big lorries are slow, and their presence during peak festival periods will add to congestion. The move also helps improve safety.

However, things are set to be different this Raya. With the roads not expected to be congested due to the ban on interstate and inter-district travel, and the whole nation under the movement control order (MCO) that was announced yesterday, goods-carrying vehicles are free to roam.

The transport ministry issued a statement today saying that there will be no ban on goods-carrying vehicles throughout the Hari Raya season. With no balik kampung traffic to contend with, transportation and logistics can continue as usual, just like last year’s Raya.

By the way, if you missed yesterday’s MCO announcement, from tomorrow, only three people can be in a vehicle (private, taxi and e-hailing), including the driver. That means one driver and two passengers, max – remember this when heading out for essentials. No change for commercial vehicles (up to the vehicle’s allowed capacity) and public transport.