Of Course Lamborghini Is Building a Roofless V12 Speedster Next month, Volkswagen’s board will decide on the fate of its prestige brands such as Bugatti, Lamborghini and Ducati, in light of the fact that producing gas-guzzling sports cars and bikes don’t make as much sense as it used to before the EV era kicked in, both at a technological and a political level. Lamborghini President Stephan Winkelmann is also rumored to leave the boat, yet apparently not before revealing a speedster that’s likely to be track-only and possibly powered by the same 830-horsepower, naturally aspirated V12 as in the hardcore Essenza SCV12.

We knew a Lamborghini speedster had to come, one way or another. Ferrari started this latest trend with its 812 Superfast-based Monza SP1 and SP2 cars, to which McLaren had to reply with its even more powerful, as well as mid-engined, Elva. The production cap of McLaren’s speedster had to be cut back twice already due to low demand, with the latest figure rumored to be at 149 units. McLaren started out planning for 399.

Aston Martin also jumped on the train with its V12 Speedsters for 2021, and with recent one-offs like Aston’s Victor and Ferrari’s Omologata, it was only natural for Lamborghini to cook up an answer. However, this teaser for the car leaves us with more questions: 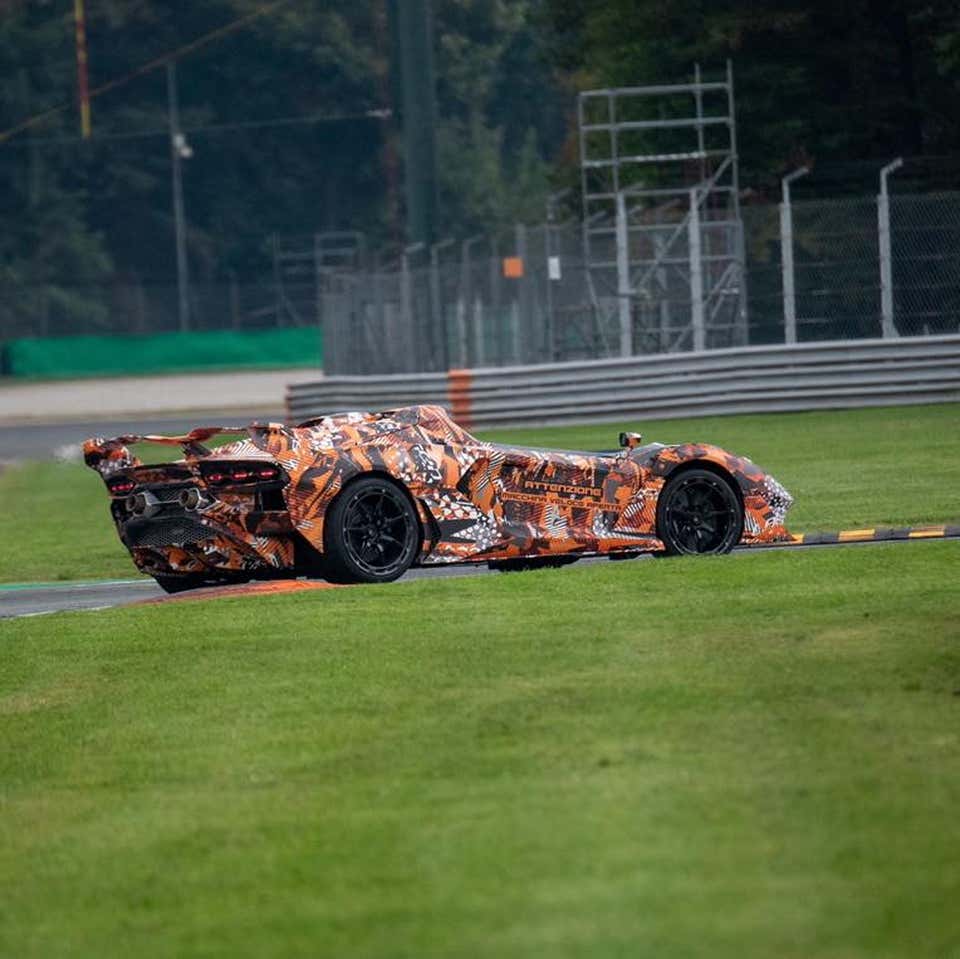 Posted by the brand’s racing division Lamborghini Squadra Corse, this image shows a V12 speedster wearing the same camouflage on track as the coupé Essensa SCV12 did in March. However, the rear also shows clues from the hybrid Sián FKP 37, which may suggest that instead of an ultra-limited run of track-only speedsters, we are looking at Lamborghini’s latest one-off possibly packing 48-volt supercapacitor technology.

My money remains on the unassisted V12 scenario, yet in either case, “Attenzione macchina veloce aperta” (Attention, fast open machine) says it all. Lamborghini’s previous speedsters include 2005’s one-off Concept S based on the Gallardo, and 2012’s Aventador J Speedster created for one special customer. Now, we are getting yet another still based on the Aventador’s backbones, yet pushed so far as only a special project can go. We can at least all look forward to hearing it at its redline.

END_OF_DOCUMENT_TOKEN_TO_BE_REPLACED

END_OF_DOCUMENT_TOKEN_TO_BE_REPLACED
We and our partners use cookies on this site to improve our service, perform analytics, personalize advertising, measure advertising performance, and remember website preferences.Ok