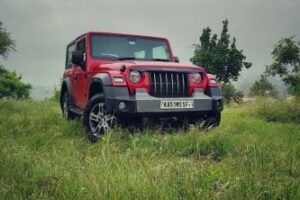 I’m always into old American vehicles, but now will never go near another AMC product again!

BHPian AKTransAm recently shared this with other enthusiasts.

I was having a conversation with one of my car buddies earlier today, and we got on the topic of 4×4 regrets. Anyone have one of those? This is actually the ONLY automotive regret I’ve ever had, through all the vehicles I’ve owned. A 1975 Jeep Wagoneer. It seemed like a great idea at the time. It was rust free, and an old school 4×4 with an AMC 360 and a 4 bbl carburetor. It needed a little bit of work at the start (starter heat soak issues, and seat belt problems), but I was able to work on that with the advice of my car friends.

Unfortunately, this thing was fun, but only when it ran, which wasn’t often. Within a month of owning it, I needed to change out the TH400 transmission over a weekend, which was of course specific to AMC even though it was a GM transmission. Luckily I was able to find one from a junk yard and have it shipped up here, then change it with the help of friends. Everything that followed was basically a nightmare, including a frozen axle spindle that nearly killed me when the front wheel froze while driving, a ticking lifter, which a camshaft swap and lifter replacement didn’t solve, and finally an AMC 360 engine with 7 cylinders instead of 8. I didn’t mind the 8 mpg, and the 4WD Quadratrac system, which was incredibly innovative for it’s time (a mechanical full time AWD system that could be overridden to on demand 4WD, Hi and Lo) worked great. But in the end, I was really glad to get rid of it after a year and a half.

I’m always into old American vehicles, but now will never go near another AMC product again! 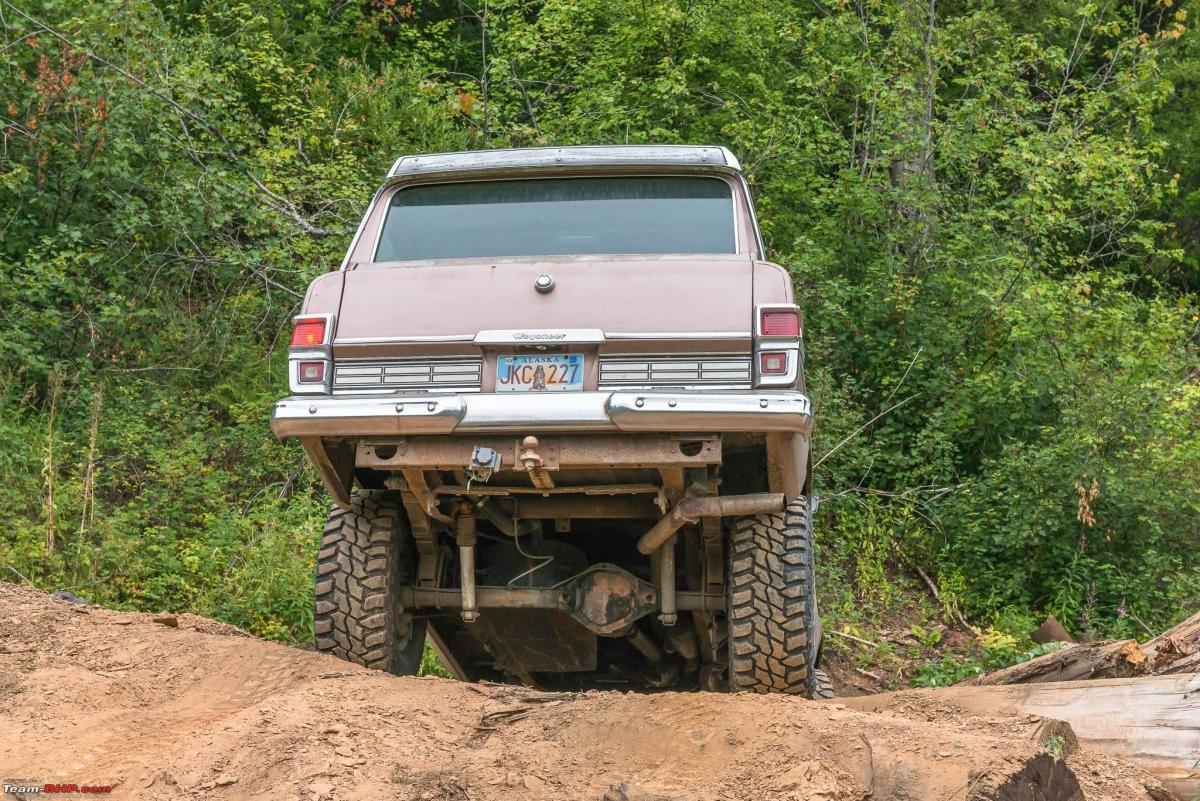 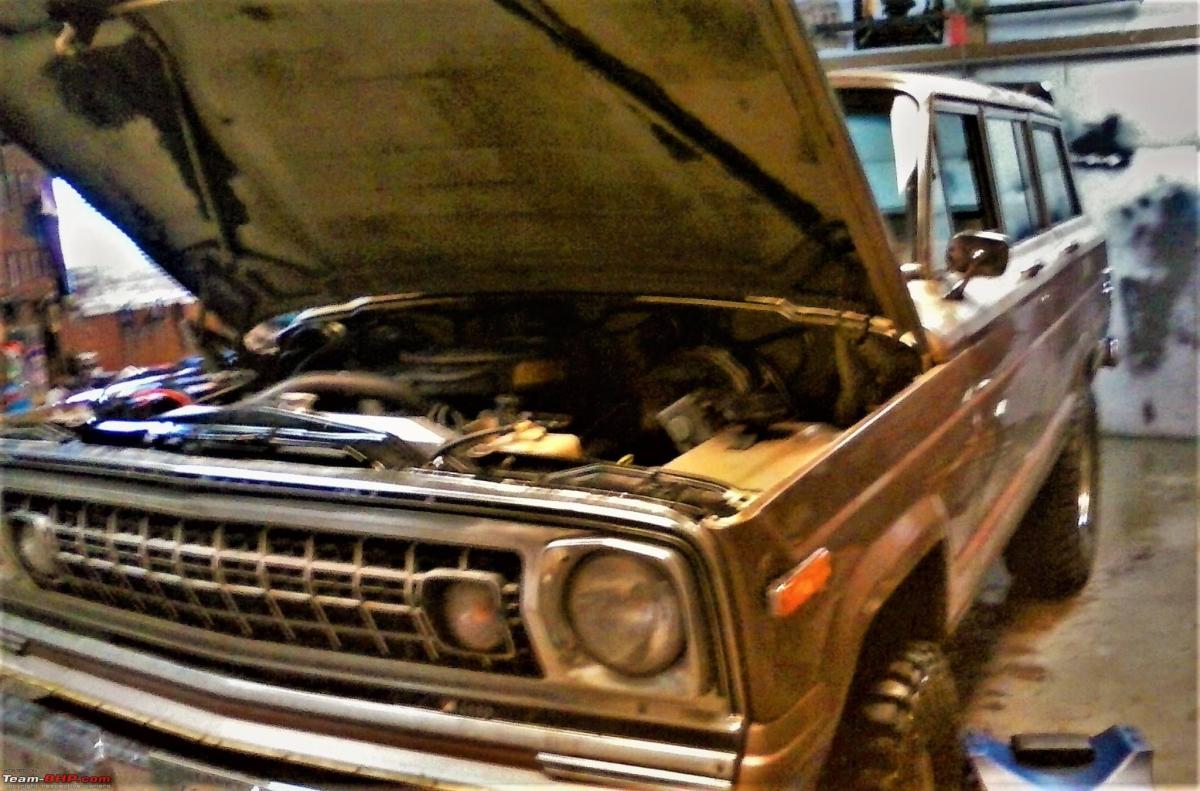 Single regret with my Jeep is plonking a lousy 1.8L ISZ petrol in it, when the original 2.1 XD3P gave up at 1.4 lakh km. The Jeep was undriveable for 2 years. Eventually got a 2.5L IDI diesel, brand new & directly from Mahindra. The Jeep has been top-class since .

Other regret would be not participating in Mahindra’s Multi-Day Great Escape / Expedition Drives. But well, I will fix that sometime soon.

Here’s what BHPian Samurai had to say on the matter:

Now GTO is going to say I told so…

My only 4×4 regret is replacing the CJ340 with MM550. I was looking for practical stuff like AC, doors, disc brakes, stronger engine, physical safety, etc. However, I didn’t realize Jeeping is supposed to be impractical… that’s the very essence of the Jeep Thing.

Once I started driving MM550, I realised the magic was gone. The fun factor of driving a doorless SWB is what really made Jeeping worth the effort. I have lost count of the number of strangers who walked up to strike a conversation. Having no door made that possible. Once I was even stopped in the highway by some enthusiasts to discuss the vehicle. That never happened with the MM550. I put it up for sale after two years. Here’s what BHPian kosfactor had to say on the matter:

Well, not picking up CJ models of Mahindra Jeeps or at least a Major when they were available for very less. Now finding one that does not require a full on restoration with whatever parts available is going to be a task. I am envious of those who have a LHD or flat fender models.

Apart from that my Jeep gets all the attention on the road it can think of, Toll booths, tea shops, traffic signals , sometimes the cops would stop me to ask about the Jeep, kids would climb over to take selfies, teenagers would take Kaala style photos those days , all kinds of things. Maybe it looks old school, maybe it looks like it’s restored.

But it’s hard to regret a Jeep when it’s used right, leaving you all with pictures of a recent outing – Jeeps are magical automobiles, get them when you still can.

More motivation for you GTO, Perhaps a red Thar ?

Here’s what BHPian dhanushs had to say on the matter:

Well, my one regret would be modifying a perfectly road worthy jeep into this: With all the mods I can never run the Jeep on road. And the cops problem is separate.

I miss driving my Jeep everyday in regular roads. Might as well buy a Major very soon. With open doors and use in outskirts of Chennai (Mahindra World City).

Here’s what BHPian .yamaniac had to say on the matter:

Mine would be buying a 2wd mm540 with a horrendous peugeot DP engine, With heating issues. The temp on it used to max out. Could have probably used that jeep as a boiler. Later on converted the same to a 4wd and replacing the engine with an xd3p (bad choice) The vehicle was now sluggish, gear getting jammed on reverse. Transfer case issues. And a whole lot of other problems, I shudder to think about it.

Finally bit the bullet after 5 years of owning the vehicle, was completely fed up with it and sold it off.. and restored a DI jeep After that its complete piece of mind since. And just recently got a 540 for some serious off roading, This was done up by a good friend of mine, with a 2.6 engine. SPOA and some other good stuff. My suggestion to anyone considering to buy a jeep and do it up. Please spare yourself the trouble and get an already modified jeep. You may spend a bit more, But the amount of time and head ache that you save is worth it. Wish I had learnt this earlier, This is another one of my regret.