Since I have a page here with my own byline, I obviously must be into muscle cars. But my history is in classic cars. I didn’t start off liking muscle cars. It was something I’ve fallen into, all the while maintaining my classic car credentials. And why not? I’ve never felt I should be limited by categories, inclinations, or taste, as the latter two seem to evolve as I get older.

So I got to thinking about how I have arrived at the paradigm I have today, and how I compartmentalize muscle cars based on certain factors.

Styling
A no-brainer if you think about it. When a kid sees a car he likes, it’s the styling and design that pull him or her in (save for any influential Hollywood movies and promotions). The first cars I remember liking had hidden headlights. From my babysitter’s 1967 Cougar to Mrs. Vinokur’s 1975 Country Squire wagon to noticing that Mopars rotated downwards and not up, nothing made me happier than seeing a car flip its lids.

Additionally, Nancy and Gerry Samson’s Cougar piqued my interest due to its sequential taillights. Any opportunity for my mom to pull up behind a turning Cougar or Thunderbird was a moment of excitement for this kid. That, combined with the AMT 1966 Thunderbird model I had, started a love affair with Thunderbirds. Sure, the two-seaters were cool, but the four-seaters through 1971 were what attracted me.

And then fins caught my eye. Thanks to my friend Brian Dittmar, who introduced me to Tad Burness’ American Car Spotter’s Guide series of books, I got caught up with 1950s Cadillacs. Bel Airs and Fairlanes were familiar, but shark-fin Caddies razzed my berries.

Rarity
And then rarity began to determine the cars I liked. Wouldn’t a 1963 Thunderbird Sports Roadster be more interesting than a 1962 model? Why not prefer the 1964 Avanti over the 1963? With my trusty Complete Book of Collectible Cars 1940-80 book, the number of vehicles built influenced my interests. Only 108 GTO Judge convertibles built in 1969? Wow, that’s so boss!

Pontiac
My neighbors’ family owned Jay Fisher Pontiac, right across the bridge in Elmer, New Jersey, so the whole family owned Pontiacs. It may sound corny, but those Rally II wheels on Dr. Smith’s 1977 Bonneville Brougham caught my fancy, and it must have rubbed off on me because I started to get into Ponchos. The GTO quickly became my favorite, especially the Judge. A lady in nearby Claymont played with GTOs and gave me my first glimpse of a Carousel Red Judge, replacing the Citroën SM as my dream car. 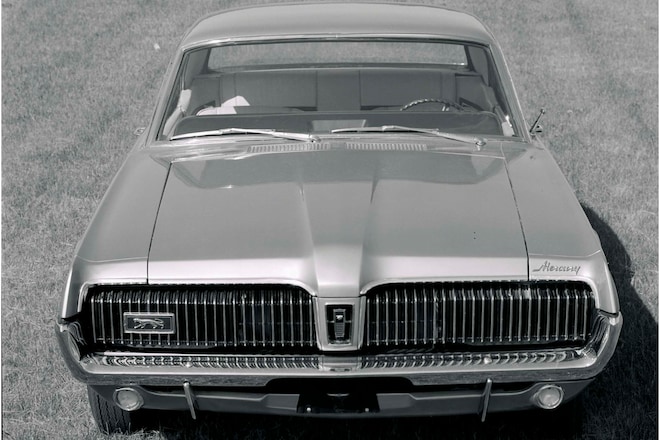 Horsepower
Or was it? When I was 14, a Ram Air IV GTO popped up in the classifieds. It wasn’t the Judge I wanted, but a glance in my Big Little GTO Book showed that the engine was rarer than the Judge package, all things being equal. So more horsepower and rarity on its side? Having saved my pennies for a few years, the $4,000 asking price was almost attainable, but after Dad (who wasn’t into cars) had it inspected by his trusted mechanic (“it’s got the wrong this, the wrong that …”), he got cold feet and offered less. Buyers and seller parted ways, but the imprint had been made: Horsepower conquers all.

Color
That Judge I always wanted? Most came in a bright orange, but Judges were available in every GTO color. I got keen on going to the store and looking through Hemmings for Judges in other colors, which gave me the awareness that some hues were more desirable than others.

Equipment
A lot of time passed until I arrived at this point. Using Hemis as an example, I held the opinion that a Hemi is a Hemi, the king of the hill. However, I eventually figured out that it was a car’s equipment that would make or break its desirability among the subset of similar vehicles. It’s not “four-speed versus automatic” as much as “did you know that Sure Grip was optional for TorqueFlite-equipped Hemis?” The desirability of a Hemi—or any other car—can be binding on its gearing. I learned it was not enough to have a Hemi, and that some Hemis were more equal than others, especially those with a Dana rear (which meant four-speed with 3.54 or 4.10 in 1969-1971, or TorqueFlite with 4.10).

Originality
There has been an emphasis on originality over the past 10 to 15 years (although perhaps it’s been longer than I realize due to my age or naiveté, as I’m not a restorer). In the not-too-distant past, plenty of original cars were restored when it was fashionable to improve their demerits rather than exploit their originality and the archeology involved. I’ve never been one to appreciate chalk marks and whatnot (how a car was originally ordered is more interesting to me), but that’s the current state of the hobby, and I don’t foresee this will change as the hobby matures.
How has the evolution worked for you?