Pickup Driver Follows GPS Up Closed High Sierras Pass During Blizzard, Gets Trapped for a Week 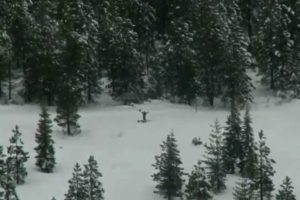 There’s a rather sizeable difference between a snowstorm on the United States’ East Coast and a snowstorm in the Sierra Nevadas. While six or eight inches might shut down Washington D.C. for several days, massive storms dropping six to eight feet aren’t uncommon out west. One such system swept through the area around Lake Tahoe last week, blanketing the entire region in a thick layer of snow and trapping at least one driver as a result, as local news station FOX40 reports.

California resident Harlan Earl was visiting friends in Grass Valley, California on Wednesday, Jan. 24 when he decided to head to Truckee, California. Seeing as Interstate 80 was closed due to the weather, he decided to head north and take Highway 49—a route that runs roughly parallel to Interstate 80—instead. All was well until his GPS decided that a route off Highway 49, Henness Pass Road, was the quickest way back home, a direction which he followed. I know hindsight is 20-20 and everything, but any road with the word “pass” in it might be a good one to avoid during weather like this. 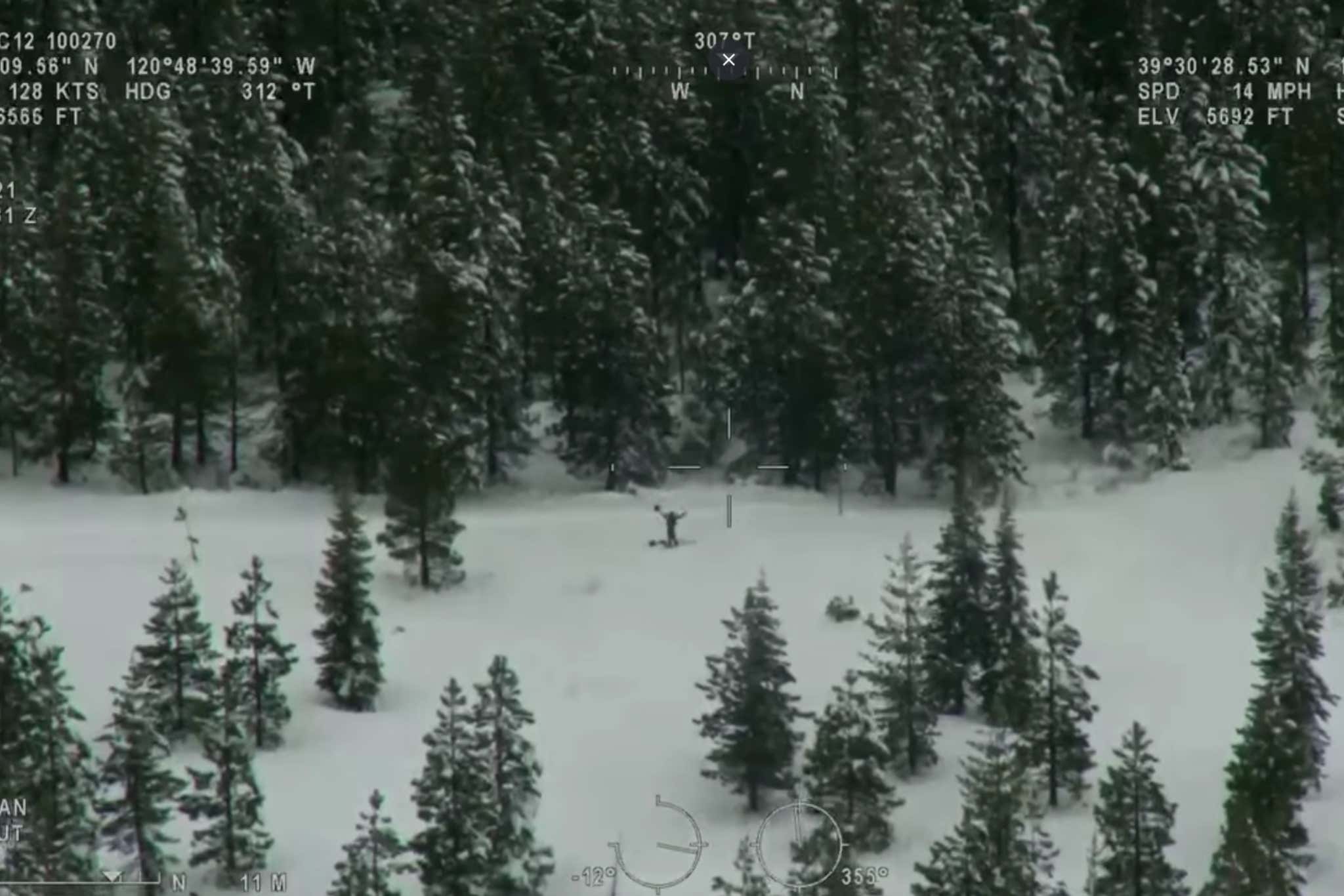 After traveling along the road for an unknown distance—and unaware that Henness Pass Road is closed during the winter and does not get plowed—he got stuck in the snow near the town of Alleghany, fresh out of cell signal and unable to reverse. That’s where he would stay for the next six days while his family and authorities began searching for him.

Luckily, it seems Earl was at least relatively prepared for such a situation. Exact details of his vehicle are unknown, but a Facebook post by the Sierra County Sheriff’s Office implies that it was a pickup truck with some sort of camper in the bed. Earl claimed he had plenty of winter clothing, a propane heat source, and most importantly, at least two snowboards.

After waiting for conditions to improve for several days, he used the boards as makeshift snowshoes and headed out in search of a cell signal. He found it, contacted the Nevada County Sheriff’s Office, and although his call was dropped, authorities were able to locate him via GPS and dispatch both a tracked all-terrain vehicle and a helicopter to his location. You can see the helicopter finding Earl at around 40 seconds into the video below.

According to the CHP, Earl was “running out of supplies” when they found him, but he was otherwise completely unharmed and refused medical attention when taken to a local hospital. The Sierra County Sheriff’s office said it was “thrilled with the situation’s outcome,” and likewise, his family was likely very happy that he was found safe and sound.

According to comments from other people who live in the area, GPS apparently often take people up Henness Pass Road during the winter—unaware the road is seasonal—and leave them stranded, so Earl’s not alone in getting stuck here. One commenter on the Sierra County Sheriff’s Office’s post says that his GPS once took him up the road, where he encountered “like 15 cars all getting stuck in the mud and trying to turn around.” It’s not clear what brand of GPS leads to these errors, but clearly, some updating needs to be done there.

In any case, stories like these don’t always have happy endings, so we should be thankful Earl was found alive and well. And credit where credit is due, it’s amazing that he was able to last that long given his limited resources. Speaking to FOX40, Nevada County Sheriff’s Sergeant Ray Kress said, “Your normal person who did the same thing in their vehicle and got snowed in right before this storm, I think it’d be very rare for them to be able to as well for that length of time.”