Launched in 2002, the Cayenne is the ultimate Porsche sales success with three generations and now the 1,000,000th SUV completed in Bratislava, Slovakia. Going to a German customer instead of the Porsche Museum, the Cayenne in question is a GTS finished in Carmine Red. It took the Cayenne variants just 18 years to reach this production milestone, which is particularly telling given that the millionth 911 was made after 53 years on the market, back in 2017. Mind you, Porsche did spend an extra $239,000 to develop its 1,000,000th one-off 911 based on the manual Carrera S, also revealing at the time that according to its records, 70 percent of all 911s ever built are still on the road.

Securing the company’s future after the Boxster saved it from bankruptcy, Porsche’s first SUV started out under the codename “Colorado,” a project launched with Volkswagen to develop both the Cayenne and the Touareg for series production. With no free capacity at Weissach, Porsche rented a 41,000-square-feet factory site in the “Nord” industrial park in Hemmingen, a community of just 8,000 people. The place was inconspicuous, surrounded by fences and with mirrored glass windows. Porsche added a multi-story car park on the green field next door for the staff, unit carriers and prototypes. Still unnamed, Porsche first announced its SUV project to the public in 1998. 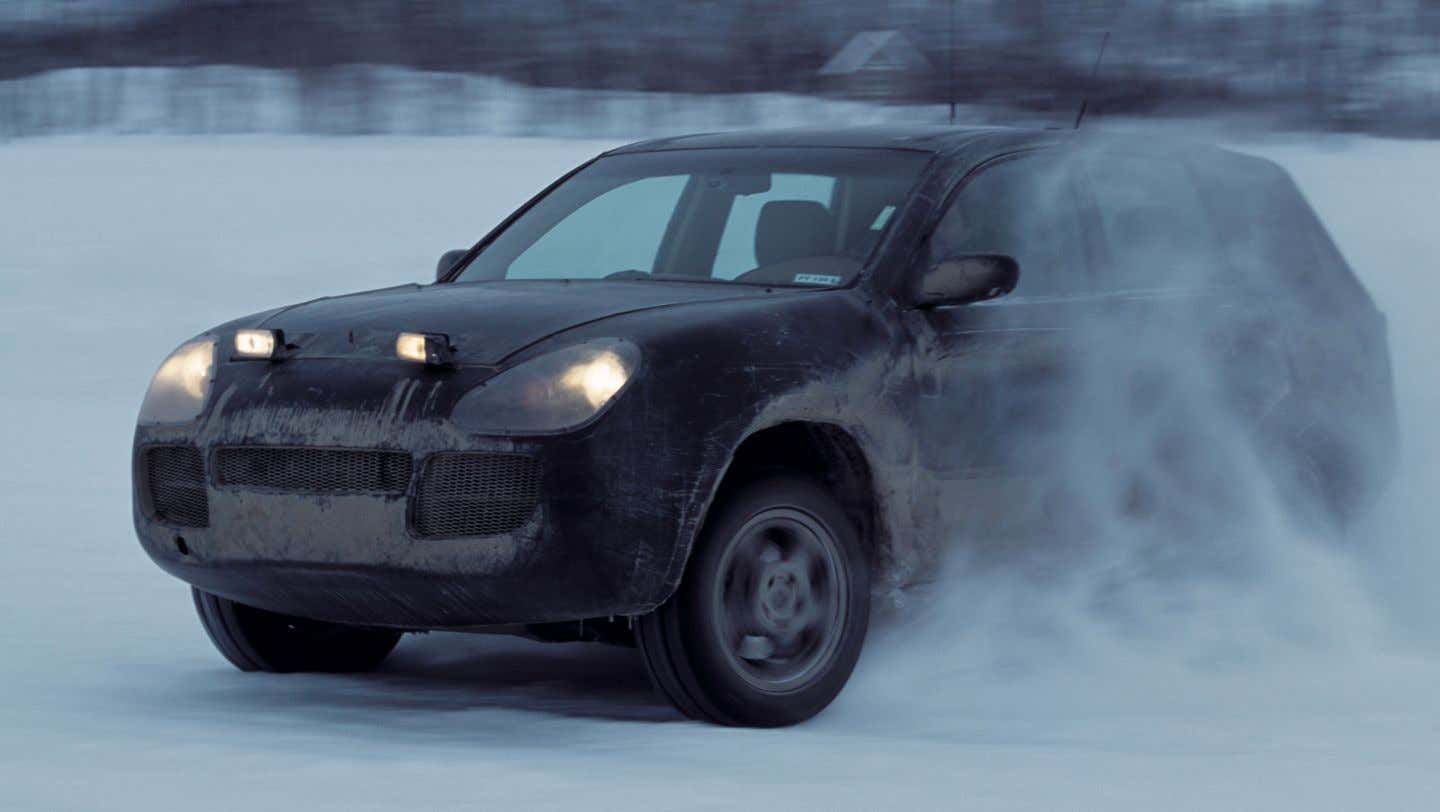 Designed by Harm Lagaaij, the Cayenne was ready in time for Porsche’s new Leipzig plant’s opening ceremony in August 2002, only to then be presented at the Paris Motor Show the following month. Cayenne sales began with the Turbo and S models, followed by the GTS, Turbo S and Diesel derivatives soon after. The 250,000th Cayenne left the Leipzig factory’s assembly line in 2009, while overall, sales of the first-generation topped 275,000 units.

To understand what that heap of profit meant for Porsche, we need to go back as far as the 1980s. 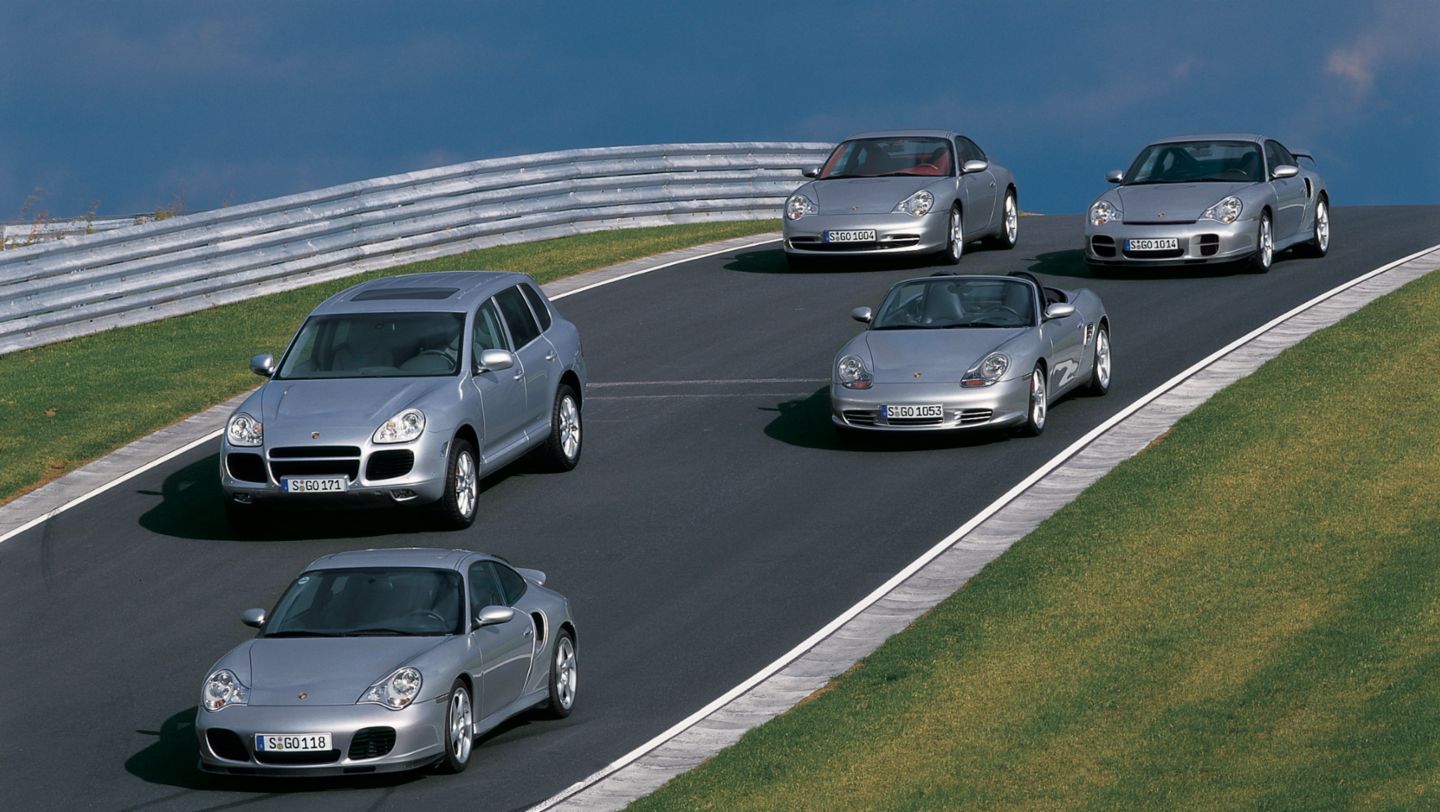 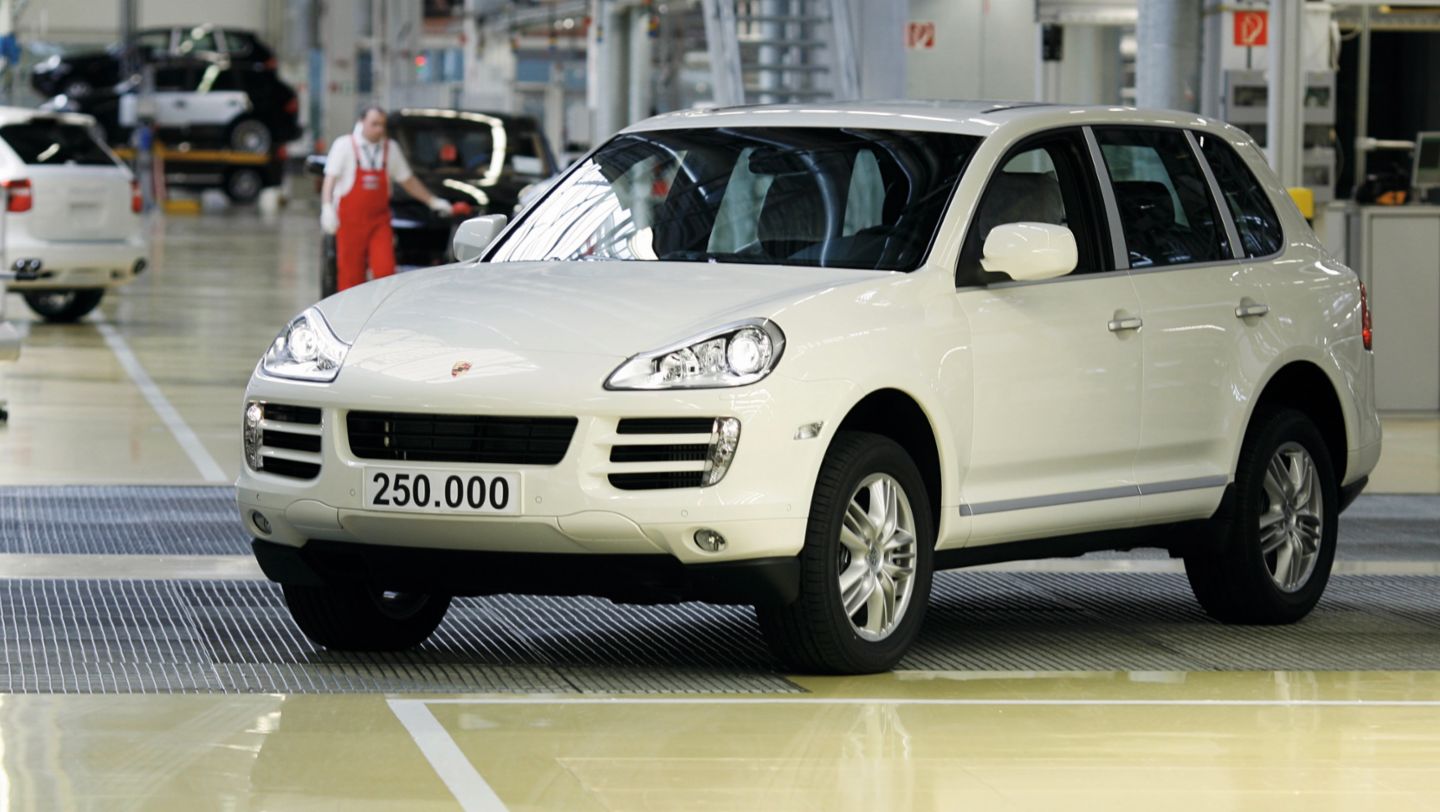 Starting in 1986, the large drop in the dollar exchange rate, projects like the Porsche 959 and overall high production costs created problems for the company. In 1991, Porsche sold 23,000 cars—half as many as five years earlier. Losses added up to 240 million Deutschmarks by the end of 1992, and the low point hit in the fiscal year 1992/1993 with sales of only 14,362 vehicles. Porsche’s answer was the Boxster concept of 1993 at the Detroit Motor Show, which went on to become a production model boosting Porsche’s 1996 sales to 32,000 cars.

The Cayenne was the next logical step in expanding the model lineup, this time with something that had more than two doors.

Just before the first Porsche SUV’s reveal, the design team also considered a partial cabriolet with a high C-column. A 1:1 model was created for its presentation, featuring a split rear and a Targa-like bar. Porsche’s board decided against it, with Porsche now claiming that for the Cayenne, “it was almost impossible to forecast the sales figures.” 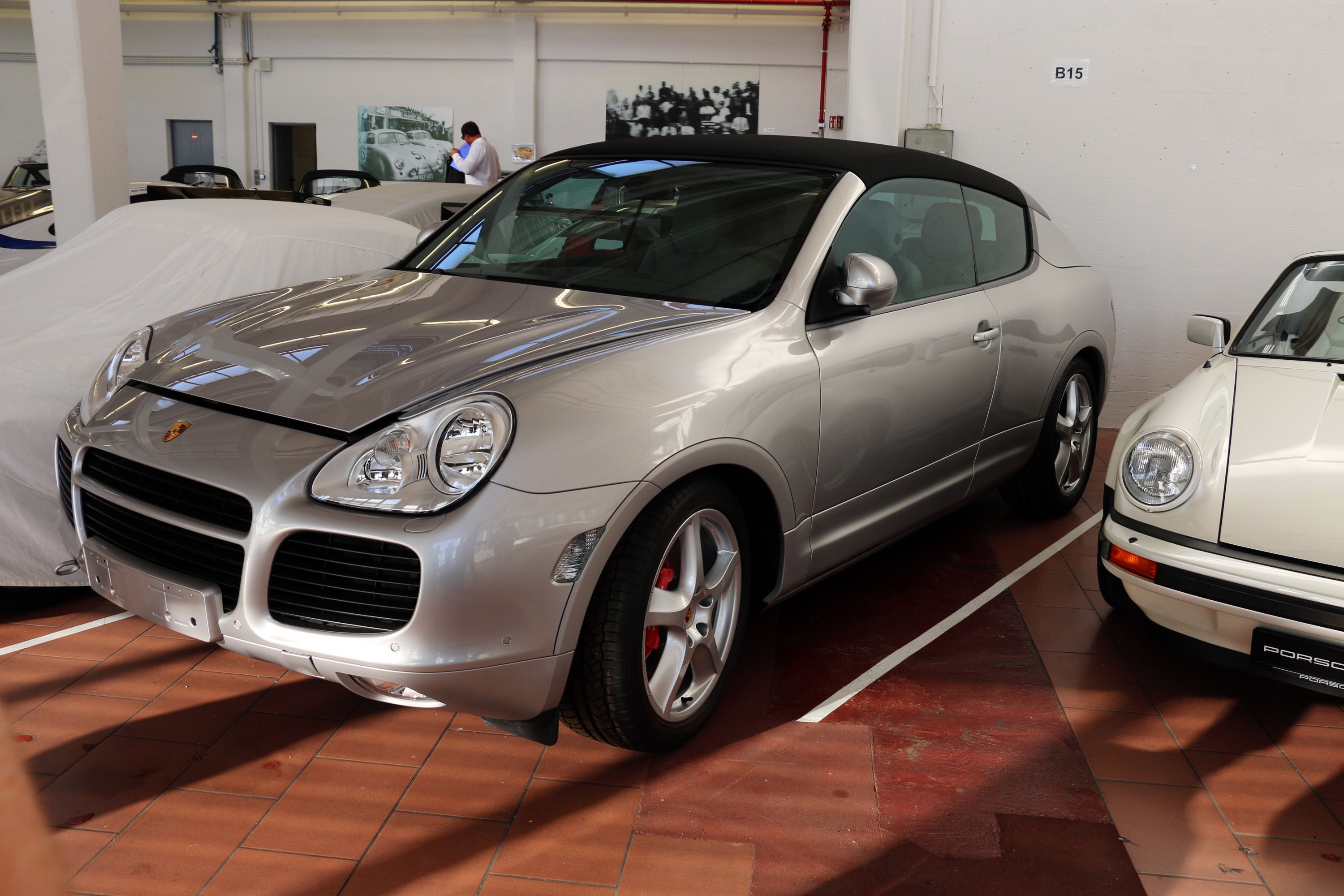 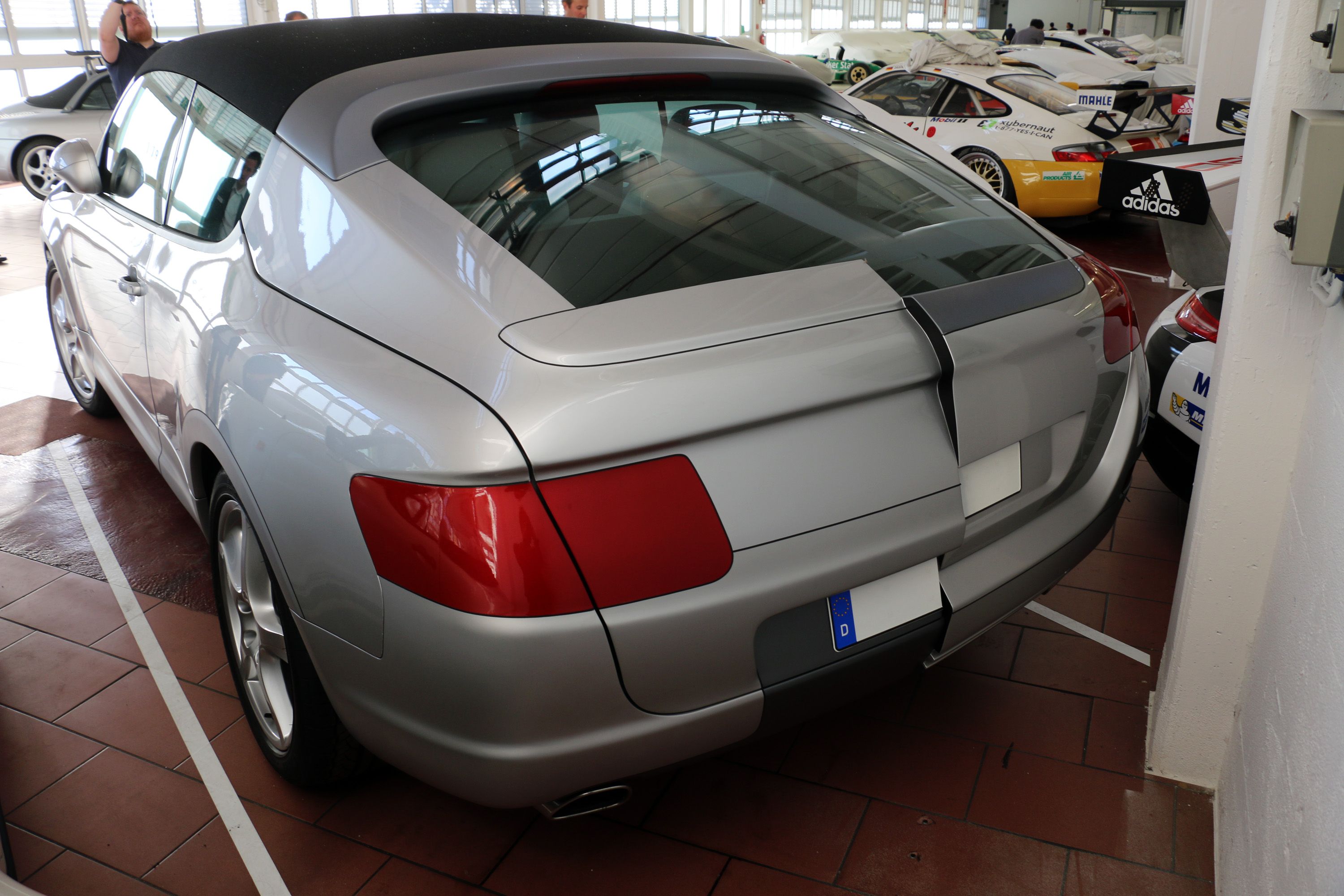 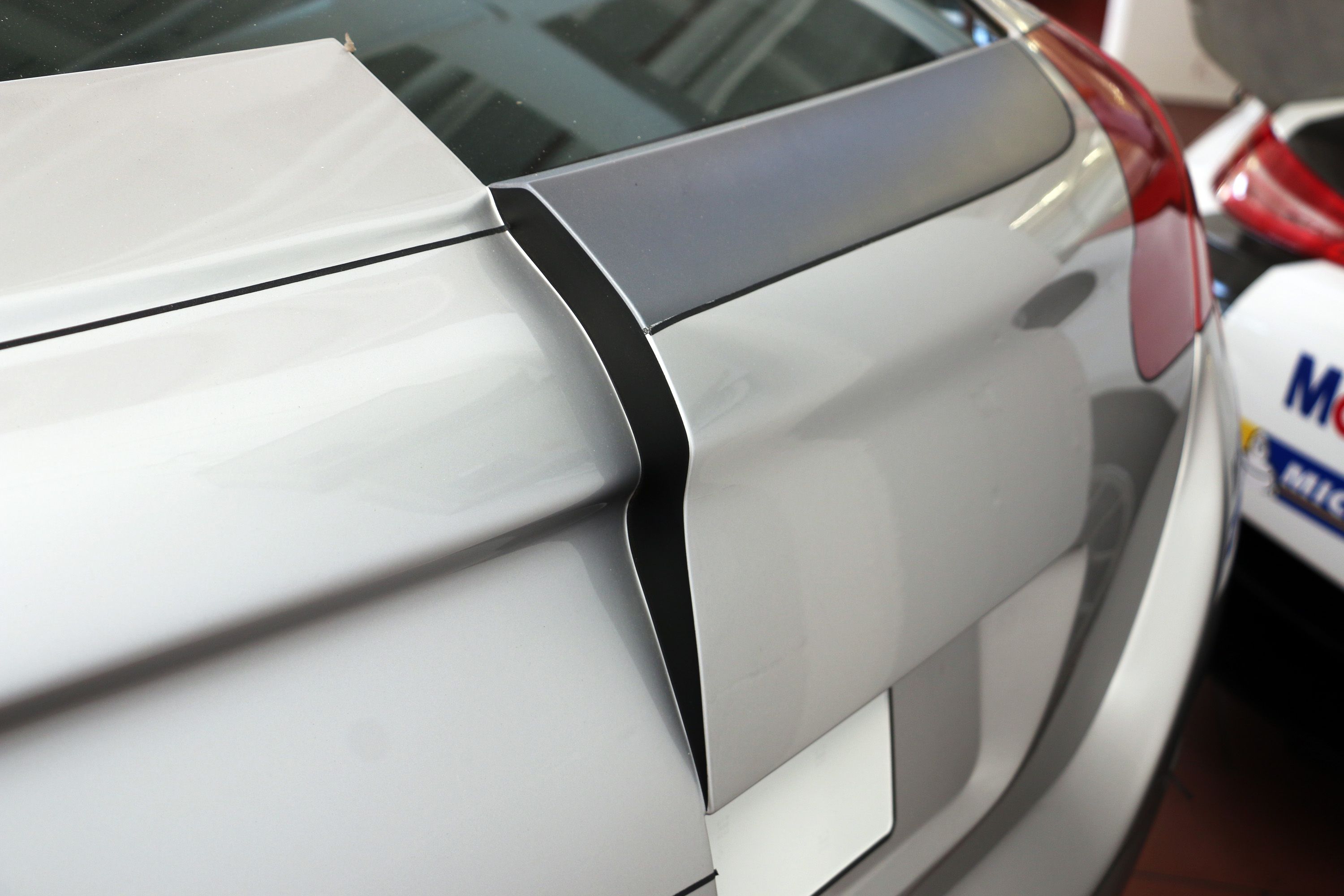 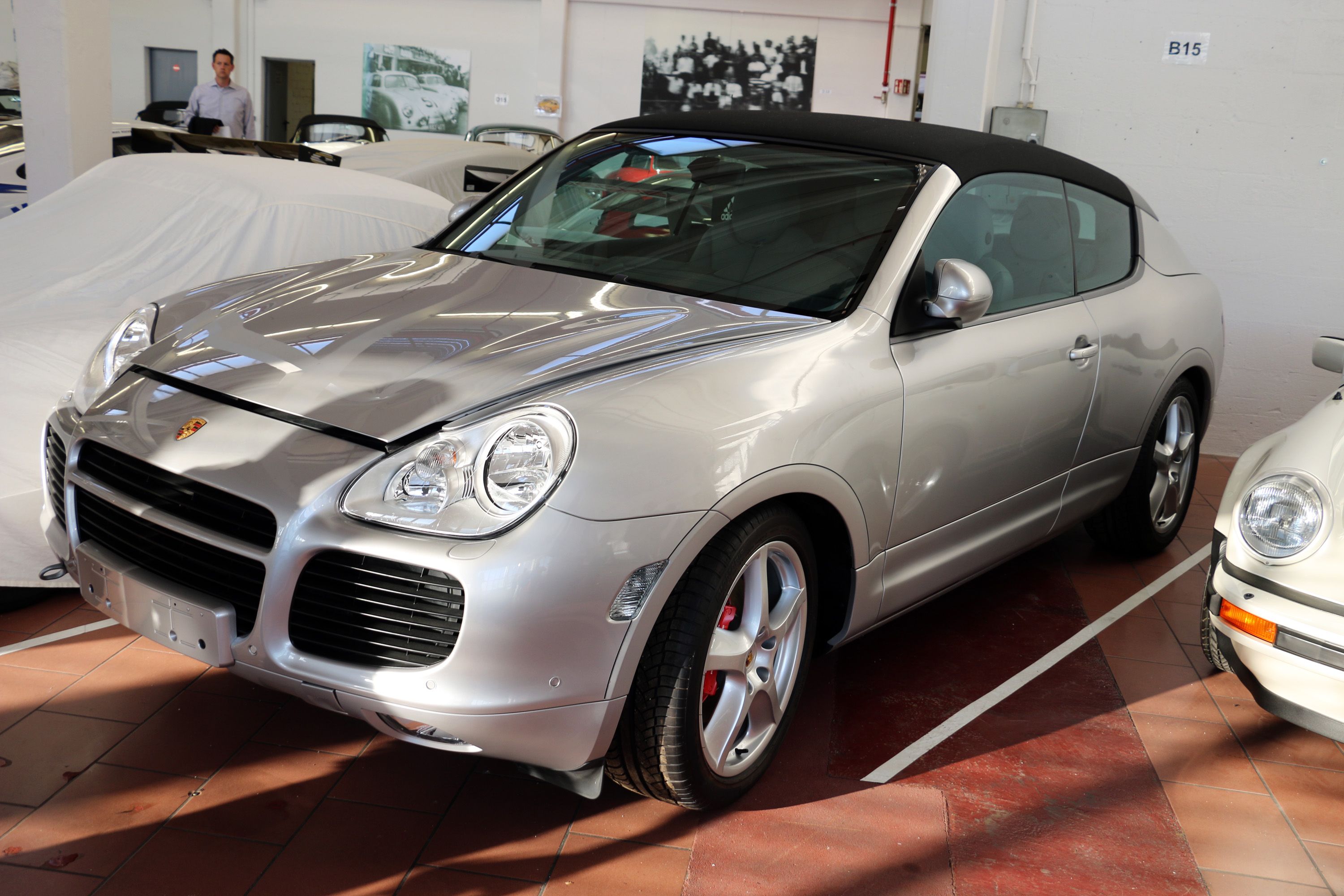 Today, Porsche offers a four-door Cayenne with a coupé roofline, while personally, my favorite first-generation Cayenne has to be the ultra-rare Transsyberia.

Back in 2007, Porsche decided to take on the 4,411-mile-long Transsyberia Rally with a set of factory-modified Cayennes. Just 26 Cayenne S-based Transsyberia race cars were built at Weissach, one of which went on to win the 2007 event, followed by the entire top six finishers in 2008 being all such Cayennes. 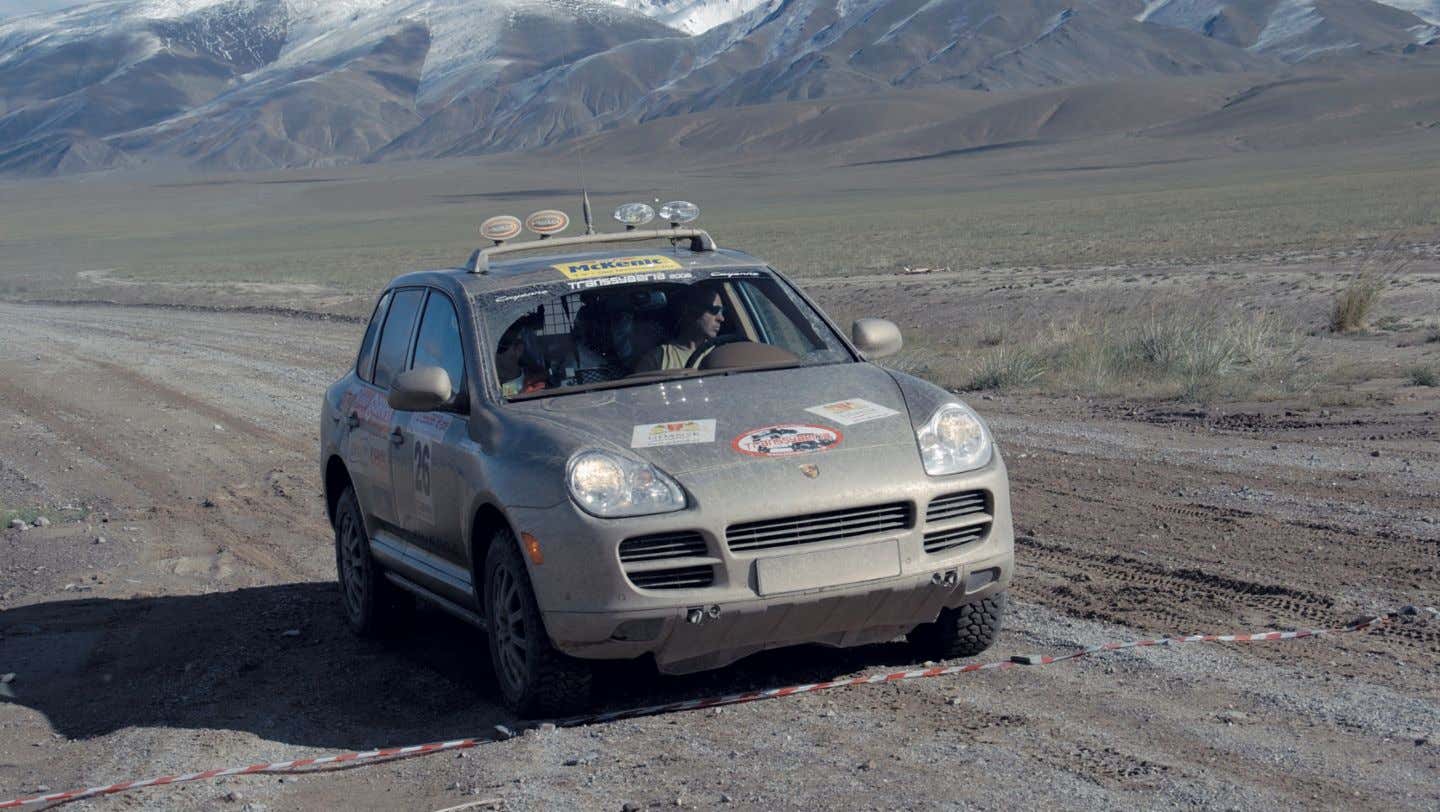 Today, turning an early Cayenne into something more capable should be cheaper than ever. Porsche has already sold a million of these, you know.

Got a tip on custom Cayennes, Transsyberia replicas or the upcoming Macan EV? Send us a note: [email protected]

END_OF_DOCUMENT_TOKEN_TO_BE_REPLACED

END_OF_DOCUMENT_TOKEN_TO_BE_REPLACED
We and our partners use cookies on this site to improve our service, perform analytics, personalize advertising, measure advertising performance, and remember website preferences.Ok