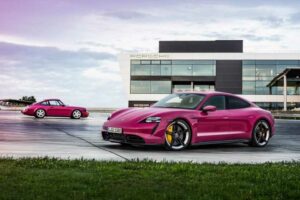 The Taycan has been Porsche’s debut into the world of electric cars. Despite its confusing “Turbo” nomenclature on some models and its four-door bodystyle, it has nonetheless won fans the world over for its scintillating performance.  It’s now due for an update for the 2022 model year, and Porsche isn’t holding back, delivering updated tech and a cavalcade of bright and wonderful colors.

Perhaps most striking of the 2022 updates are the new paint options. As pictured, the Taycan looks resplendent in Porsche’s classic Rubystone Red, even if to the untrained eye it looks to be more of a pink. It’s one of a selection of classic colors available from Porsche’s back catalogue, which got very colorful and experimental in the 1990s. Other eye-popping shades include Acid Green, Riviera Blue and Viola Metallic, with 63 shades available under the Paint to Sample scheme in addition to the Taycan’s 17 standard colors. Going further, the Paint to Sample Plus option lets owners specify virtually any color they desire, even matching their new Porsche to a favorite bowtie, nosering, or other accessory. 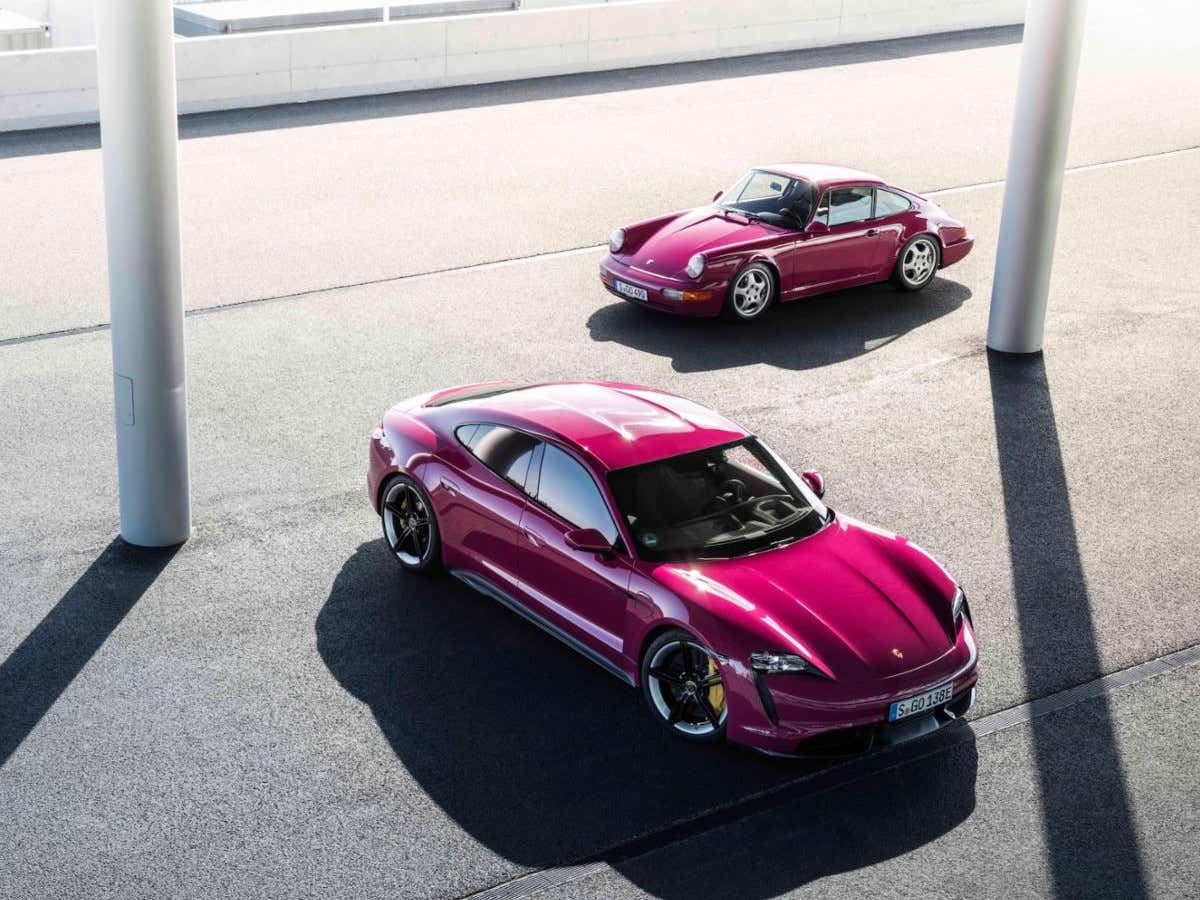 The new model year also sees the introduction of Android Auto. This allows the use of Android smartphones in closer integration with the Porsche Communication Management infotainment system. Google Assistant voice commands can be used to activate phone functions and apps from a selected list deemed to be suitable for use while driving. The infotainment system, which also features Apple CarPlay support, has also been refined. There are basic UI updates, and the point of interest system now prioritizes online search results to better get drivers to where they want to go. 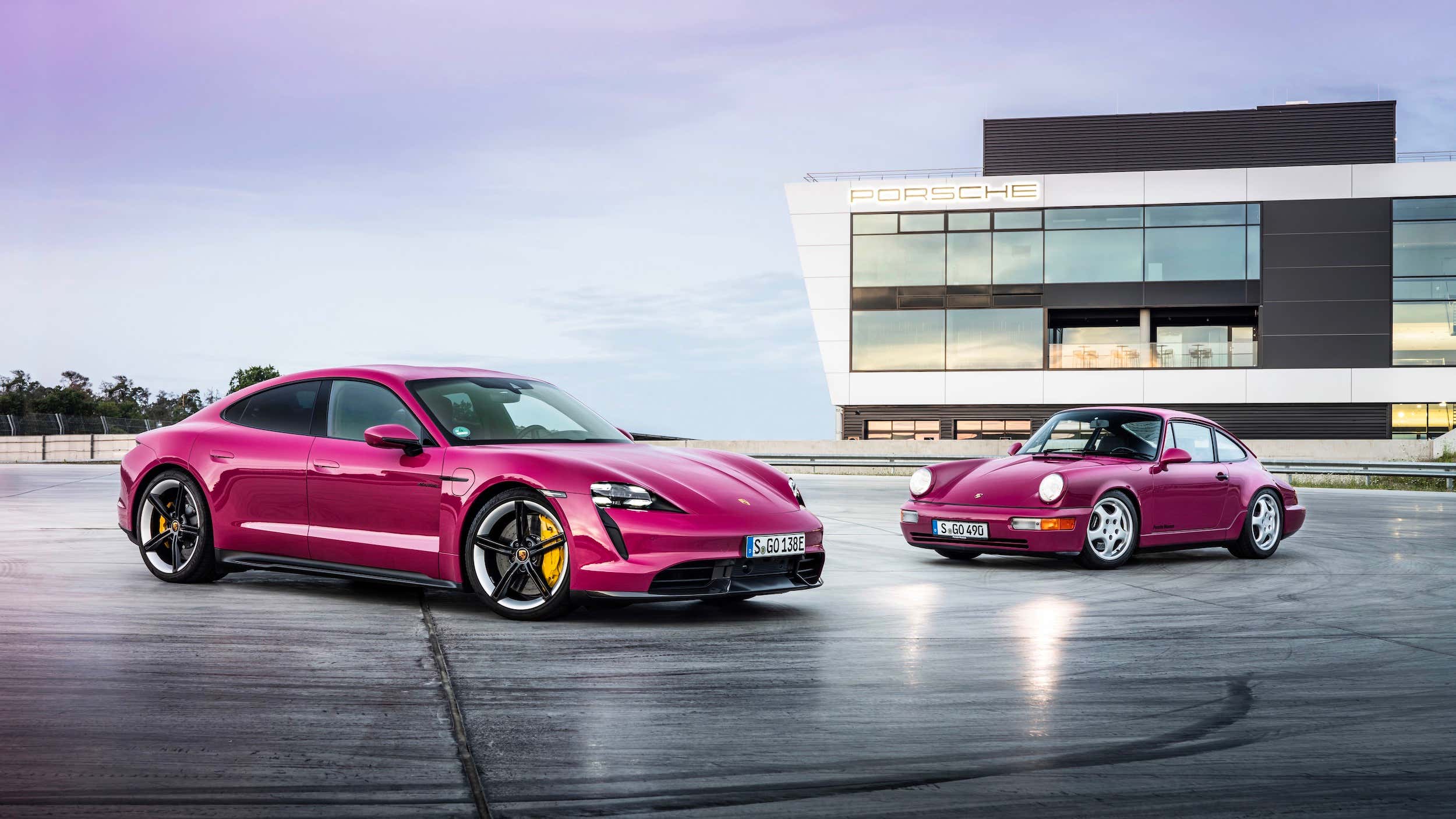 The Taycan also gets a remote parking feature for 2022. The driver can now let the car park itself in parallel or perpendicular spaces while standing outside controlling the vehicle via a smartphone app. Pressing and holding a button on the app instructs the car to start parking itself; letting go stops the procedure if the driver spots danger or an imminent collision. 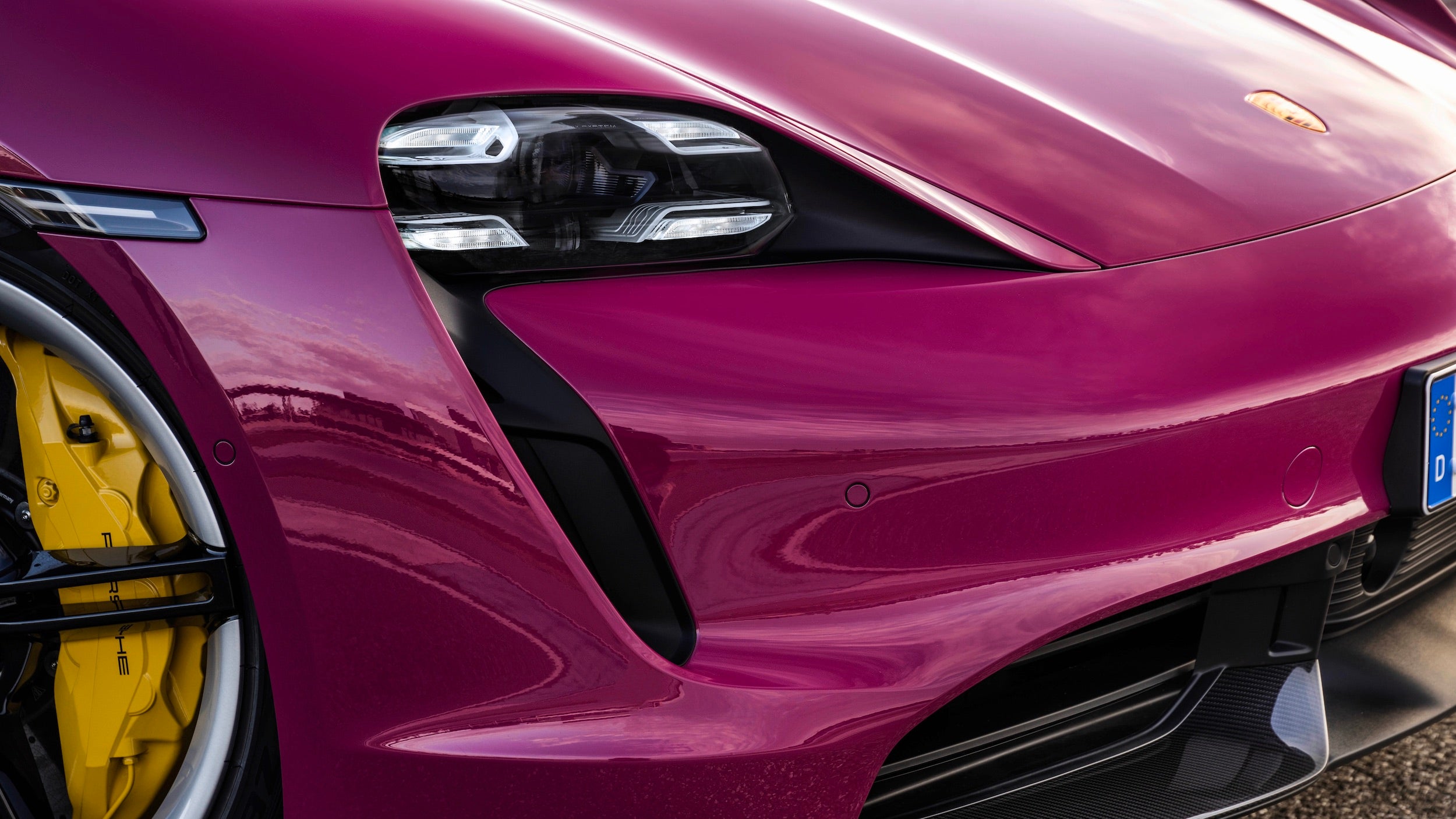 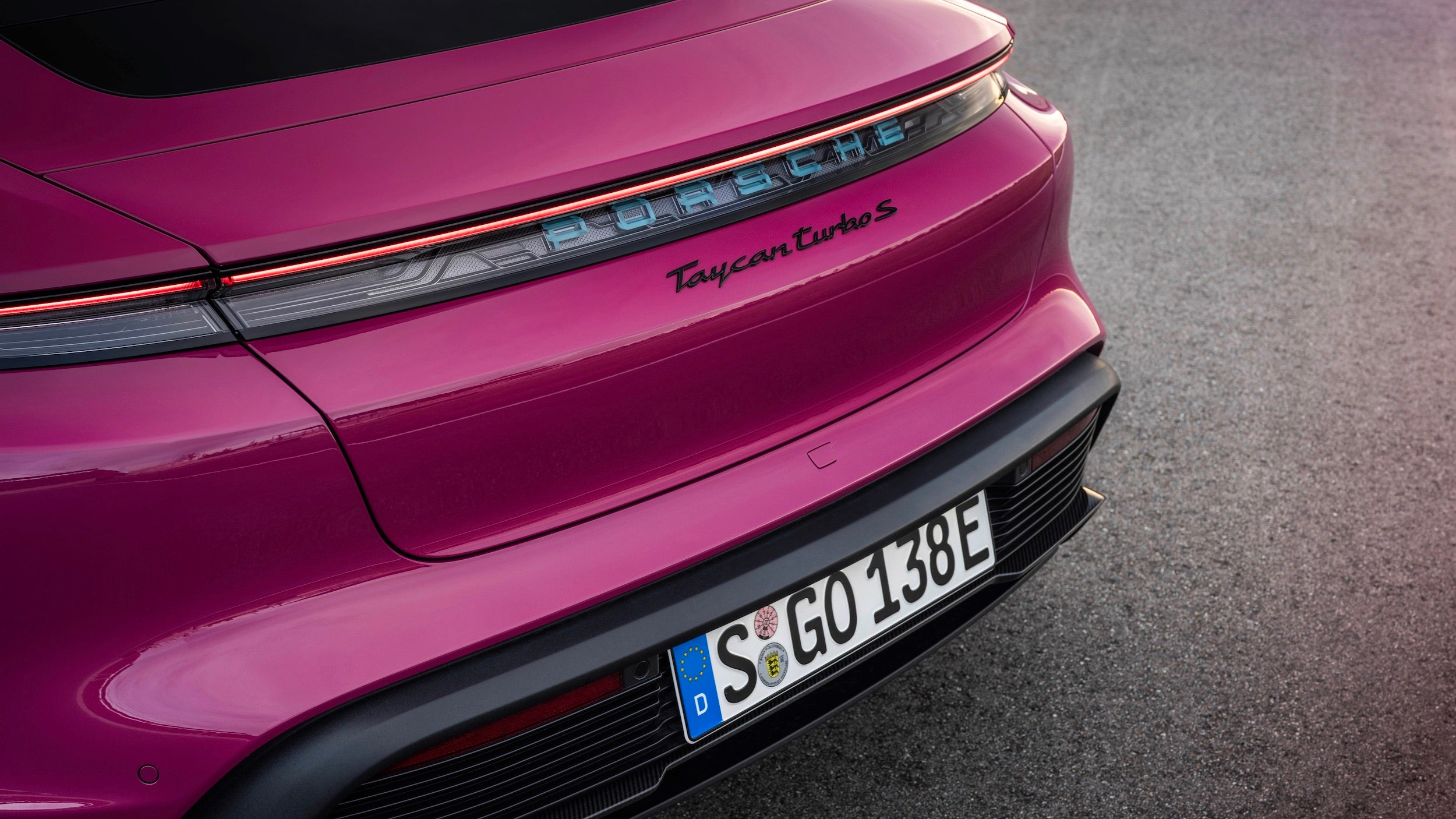 Finally, while there are no improvements to official range values, Porsche has implemented some minor changes that may improve range in real world use. The front motor is now decoupled from the wheels in certain conditions, and both motors are functionally disconnected when the car is coasting via an “electric freewheel” feature. It reduces the drag the motors place on the car when it is rolling unpowered, helping save a little energy here and there. Other tweaks to thermal management promise slightly faster charging times by allowing the battery to run at higher temperatures.

Overall, the tweaks are minor but many. Perhaps the one most likely to get new customers over the line is the prospect of securing a Taycan in a lurid new shade. If you’re keen on the new eye-catching paint, sound off below on which retro color you’d pick for your own electric sled.