Porsche's Surreal Nighttime Photoshoot Was Lit With Drones in the Desert 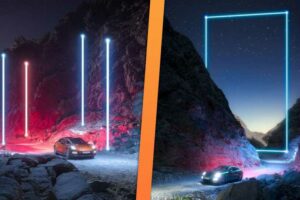 When it comes to photoshoots for new models, the brief given to a photographer can range from the banal to the gloriously extreme. Often, the task is simply to create a series of photos that cleanly show the car in front of plain backgrounds or driving around generic scenery. Auto journalists love those, since they’re easy to cut up and edit for publication. Of course, now and then the creatives get let off the leash and put out something a little more vibrant and interesting. Babar Afzal’s futuristic shoot of the new Porsche Panamera is very much in the latter category, via PetaPixel.

Part of Porsche’s “Reflections of Passion” campaign to promote the new Panamera, Afzal’s concept for the shoot involved taking the car out to desert locales, using drone light painting techniques to create a striking image. The result is hauntingly beautiful, with lurid streaks of light illuminating the cars and the stark surrounding landscapes. The four-door sports sedan is pictured nestled among the rocks and sand of a valley near Khor Fakkan, in the United Arab Emirates. 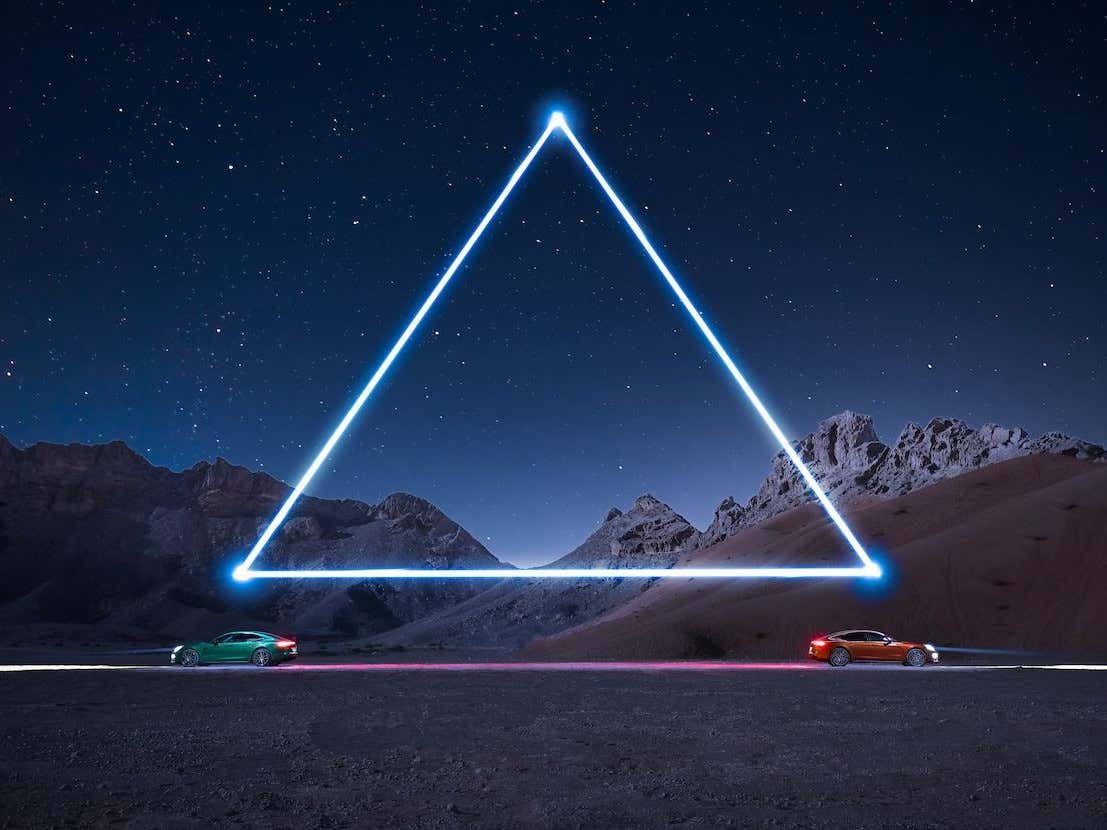 To produce the images, drones fitted with powerful LED lights were flown around the landscapes and vehicles in combination with traditional photographic lighting. Long exposure shots and compositing are used to capture the motion of the drones, producing the bright streaks characteristic of light painting. The car’s own headlights and tail lights were also used to add illumination to the scenes. The shoot was inspired by the work of Reuben Wu, a photographer who has long used light painting techniques to capture visceral landscapes in far-flung locales. 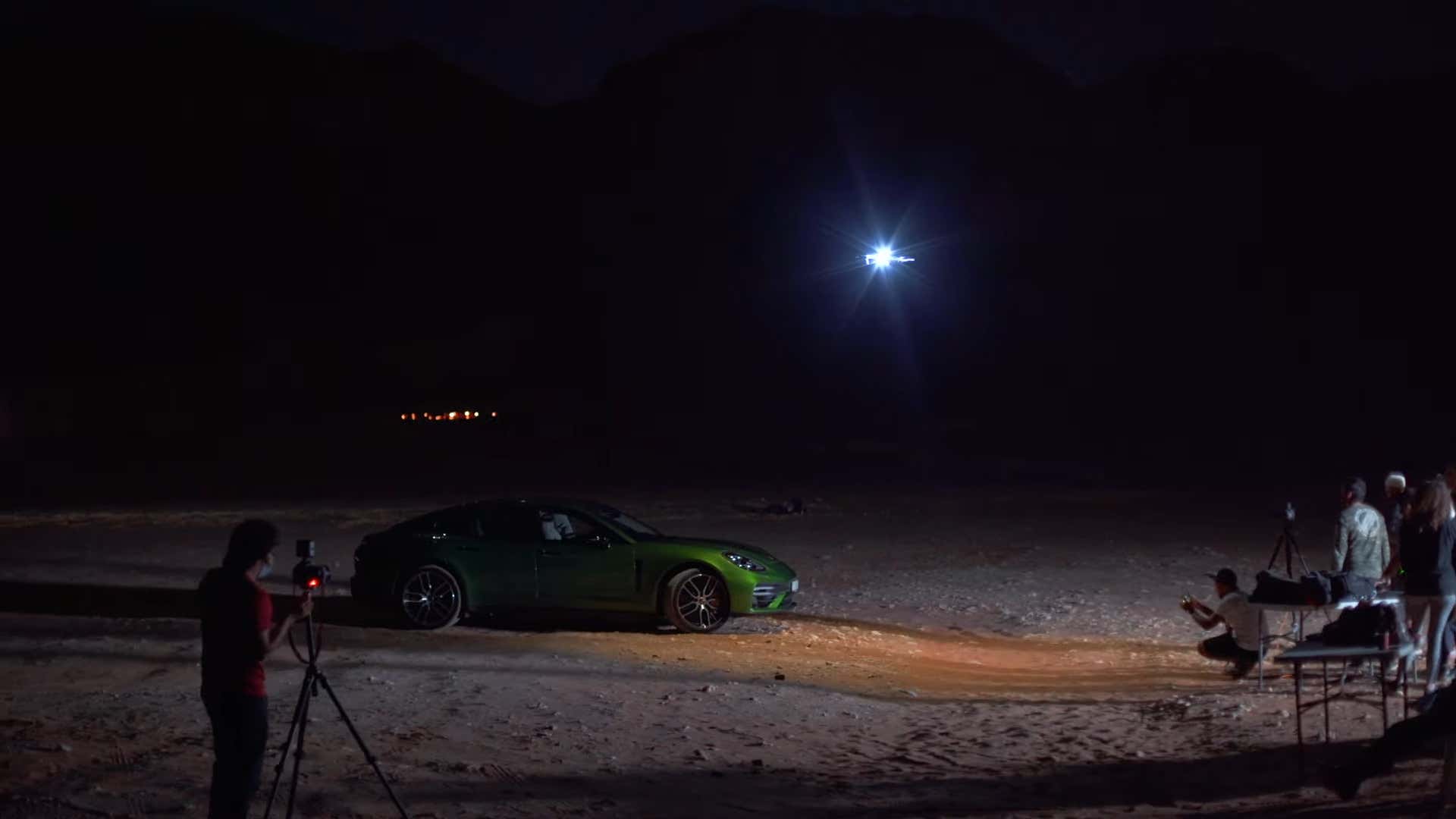 A drone flies above the Porsche Panamera to paint light into the image in this behind-the-scenes shot.

“What really excited me about this collaboration is not only the freedom I was given to do whatever I want, but there was no interference of any sort,” said Afzel. “That’s what really gravitated me towards it.” The photographer notes that the shoot was not without challenges, though. Weekend traffic nearly spelled disaster, leading to a last-minute reschedule. Worse, the valley in which the shots were taken had poor GPS reception. This made it difficult for the drones to follow their programmed paths accurately, crucial to producing the final images. Equipment problems also burned 45 minutes when the timeline was already tight enough already.

Despite the problems, the team persevered, and the final results are a testament to their hard work. The photos have an ethereal, almost cyberpunk feel, though on distant desert roads rather than in the midst of an urban dystopia. The light painting method does a great job of showing off the car’s curves, with bright beams dipping into the Panamera’s rich metallic paint. Admittedly, if we saw errant rays of light appearing around us while driving through the desert, we’d probably stop and take a break to recollect our senses. As photographic art, however, it’s truly something to marvel at.

Fundamentally, automotive photography is the artform which captures the passion we all hold so dear. Names like Larry Chen and Jeff Zwart hold serious weight in the car world, as it’s through their lenses that so many of us are able to appreciate and enjoy the precious metal that exists beyond our own reach. It’s great to see automakers like Porsche and photographers like Afzal striking out and producing these works, because if they didn’t, bedroom walls the world over would be left wanting for something special.