Console and PC gamers have no shortage of racing titles at their fingertips. From games dedicated to specific motorsports like NASCAR Heat 5 or Dirt Rally 2.0, to open-world experiences of Forza Horizon 4 and epic smash-em-up arcade fun like Wreckfest, there’s something for everyone. It also means competition among developers is fierce, and the Project Cars franchise had itself a very promising niche in the gaming world. Yes, we do mean had.

Project Cars 3 launched at the end of August, and while its forerunner garnered accolades for its realistic racing environment in career mode, you won’t find that here. We stepped into Project Cars 3 thinking of it as a sequel to Project Cars 2, dialing in the game’s shortcomings for a better experience. However, we quickly discovered PC3 isn’t a sequel. Rather, it’s a reboot that removes much of the realism like pre-race practice and qualifying sessions, fuel usage, tire wear, vehicle damage, and pit stops. Instead, PC3 offers quick-fire racing events with forgiving physics, wrapped in an arcade experience.

Does this mean PC3 is a failure? Motor1.com writers Christopher Smith and Matthew Crisara took a deep dive into all aspects of the game to try and answer that question. Smith sampled PC3 on an Xbox One X with a Logitech G920 wheel combo, while Crisara took a test drive on PC with a Thrustmaster TS-PC rig.

After having great experiences with the previous two Project Cars titles, I walked into the third installment with loads of confidence. Sure, its predecessors weren’t picture perfect, but they provided a wealth of content with limited barriers to entry into the sim racing world. Therefore, I expected the PC version of PC3 to pick up where the previous titles left off.

Many might not be aware, but the word Cars in the game’s title actually has a double meaning. Aside from the obvious, it’s also an acronym for Community Assisted Racing Simulator but as it turns out, this game is anything but a racing sim. With high hopes, I jumped in with my Thrustmaster TS-PC Racer steering wheel hoping for the best.

However, right from the outset, the force feedback felt muted and disconnected, leaving me to guess what was happening at the front axle. If you think I’m being a bit pompous, I had high expectations after Slightly Mad Studios CEO Ian Bell described the force feedback as amazing.

It’s at least lively enough to get jiggy with it in the corners and not end up in the wall, thanks to some perceived built-in steering assistance from the developers. While it gives anyone the ability to feel like a powersliding superhero behind the wheel, it isn’t very rewarding when you get things right.

Things are much the same overall in the vehicle dynamics department. The tires feel like sticky bubblegum instead of rubber; it’s very noticeable in the wet where even with all assists off, the car is savable in just about any situation with enough opposite lock. It’s a similar feeling when it comes to contact with other vehicles, as opponents appear glued to the road even after heavy impacts. Ultimately, PC3 feels like it’s designed with casual players in mind.

In the graphics department, things are average at best – ultra settings could be run effortlessly on an NVIDIA RTX 2070 Super graphics card at 1440p resolution. Performance aside, the series transition to mobile platforms is more noticeable than Slightly Mad Studios would probably like it to be. Whether it be the objective downgrade in visual fidelity from PC2, the omission of tire wear and fuel usage, the omission of pit stops, or even the addition of vehicle upgradability, it’s really showing. It didn’t take me by surprise when Slightly Mad Studios released the Project Cars Go beta earlier in September on mobile. 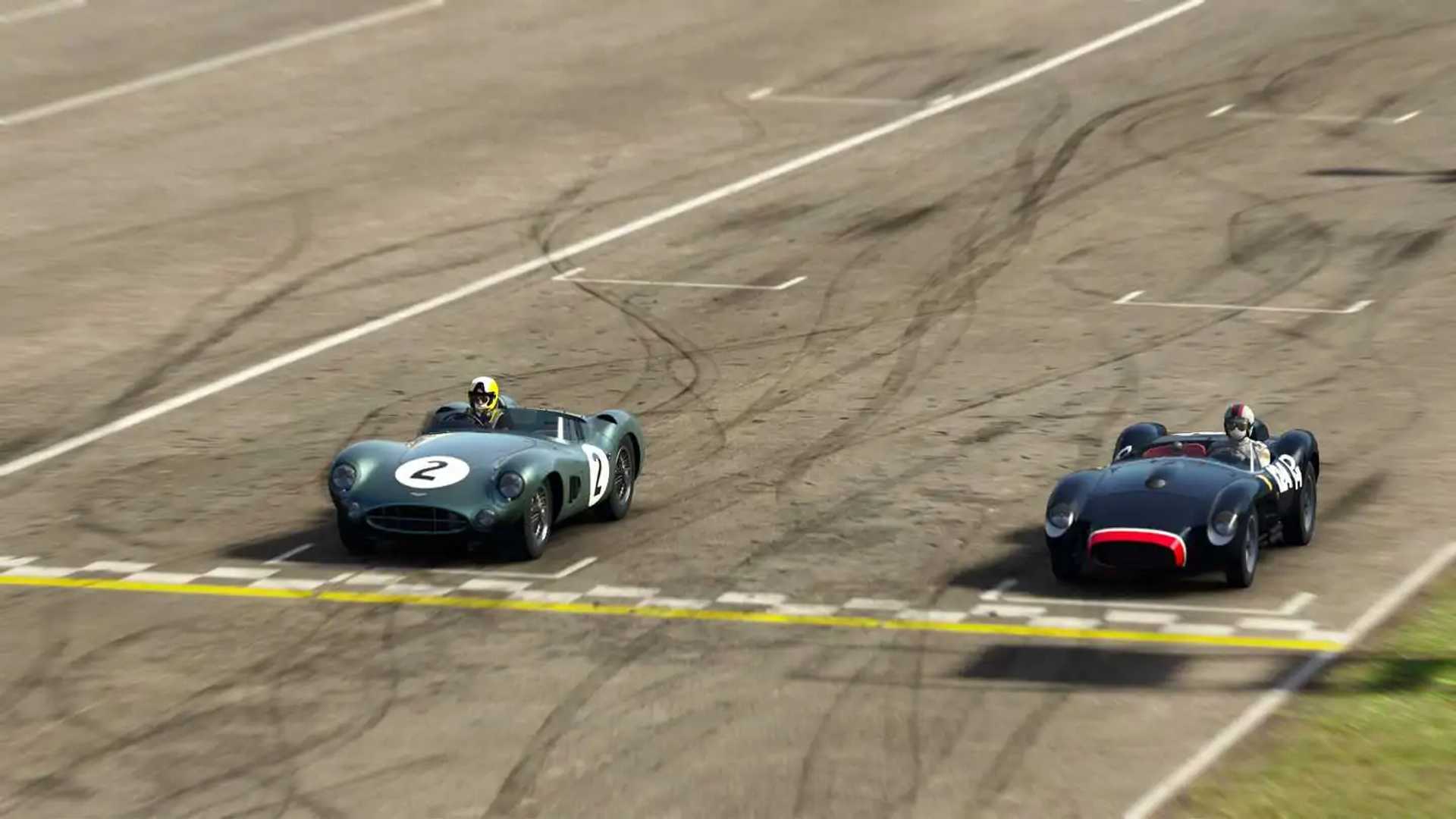 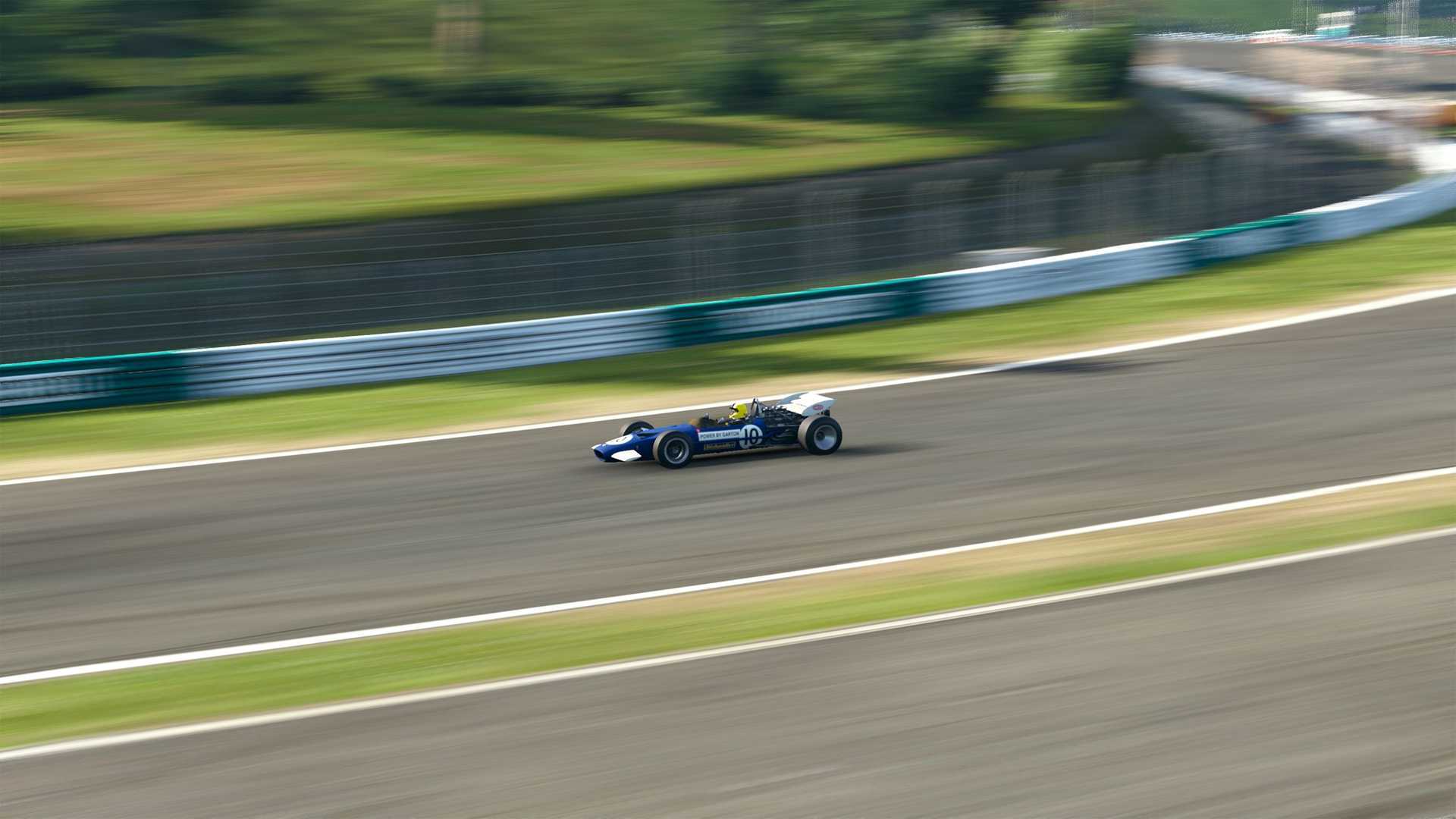 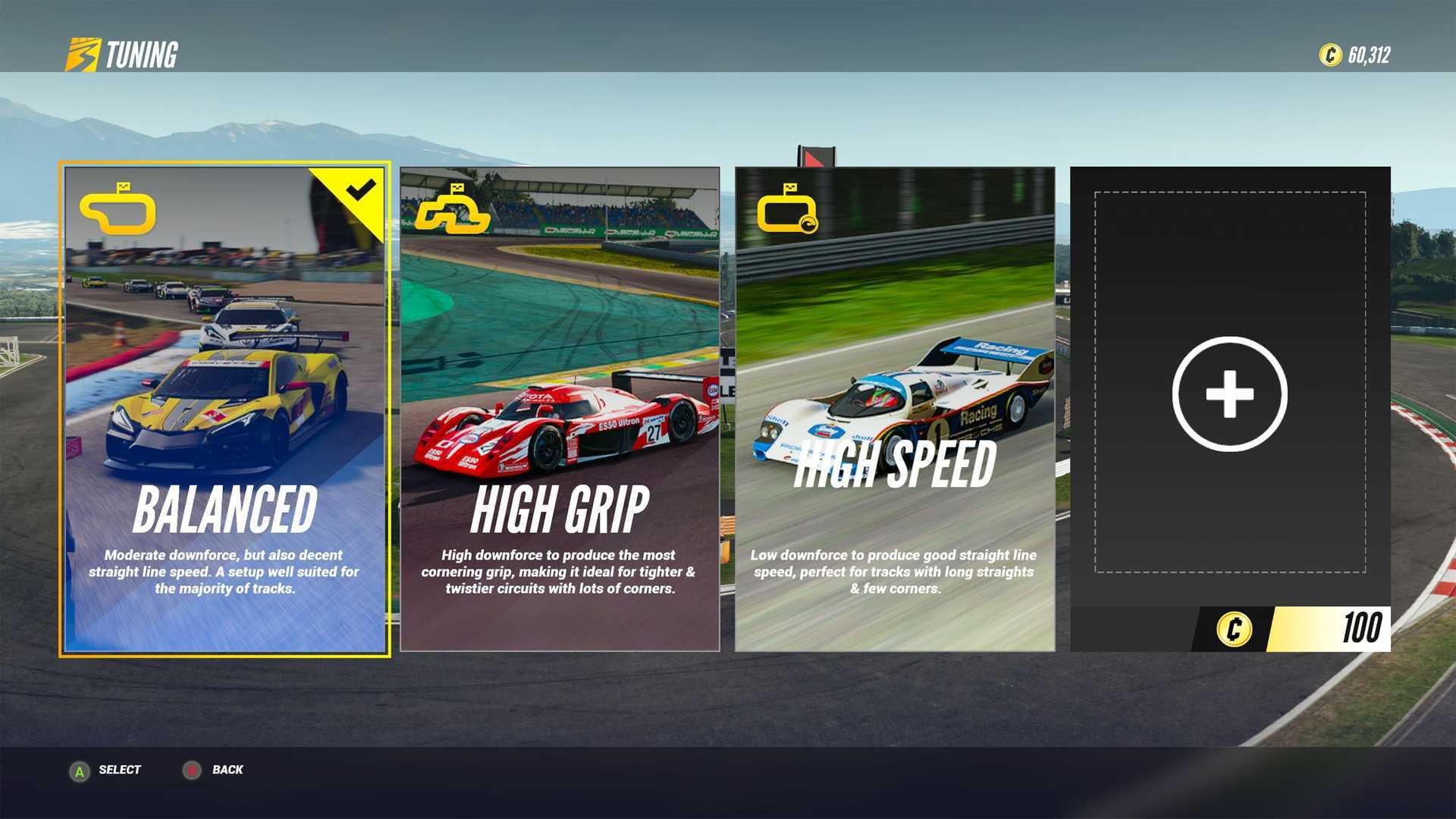 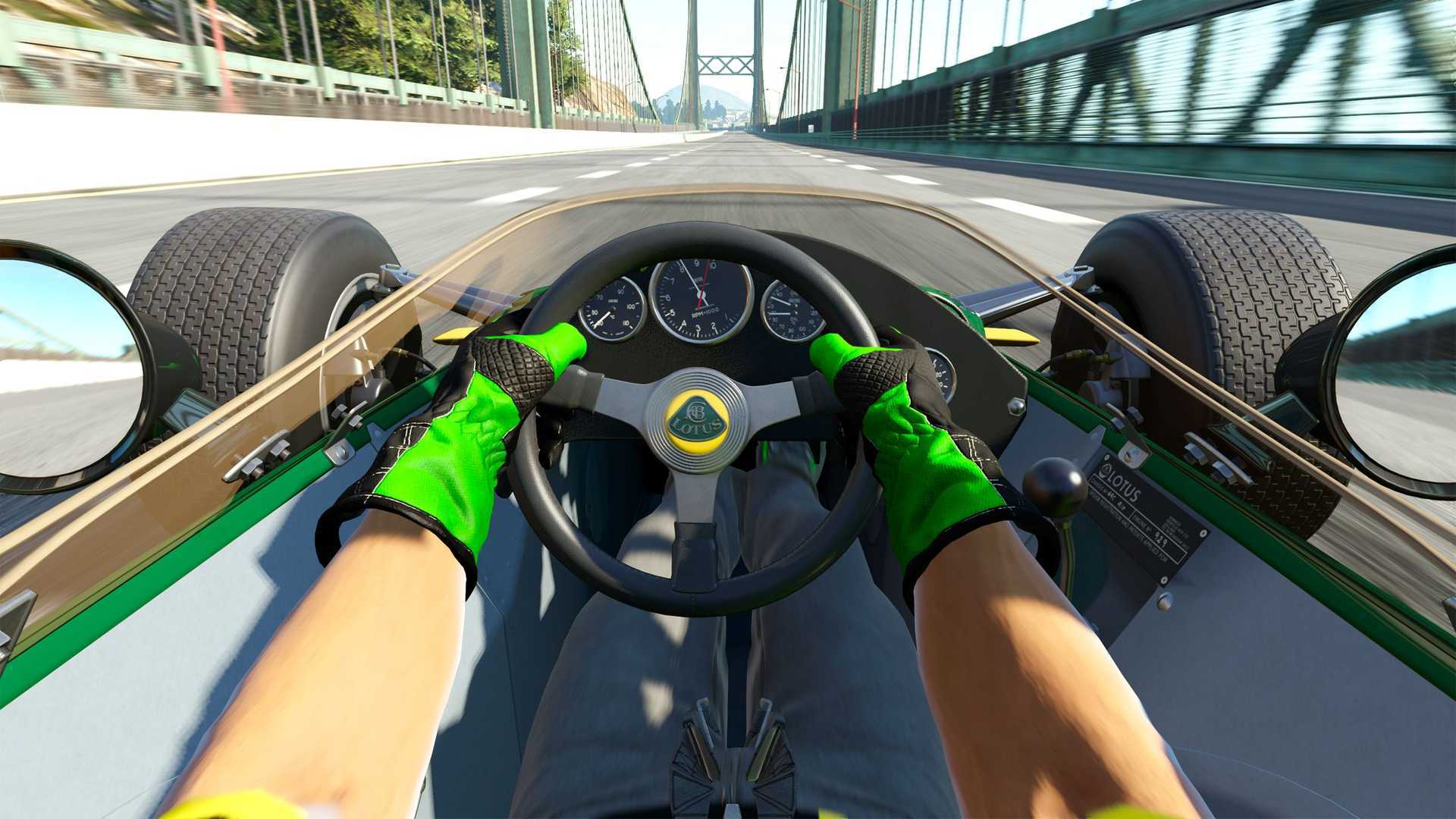 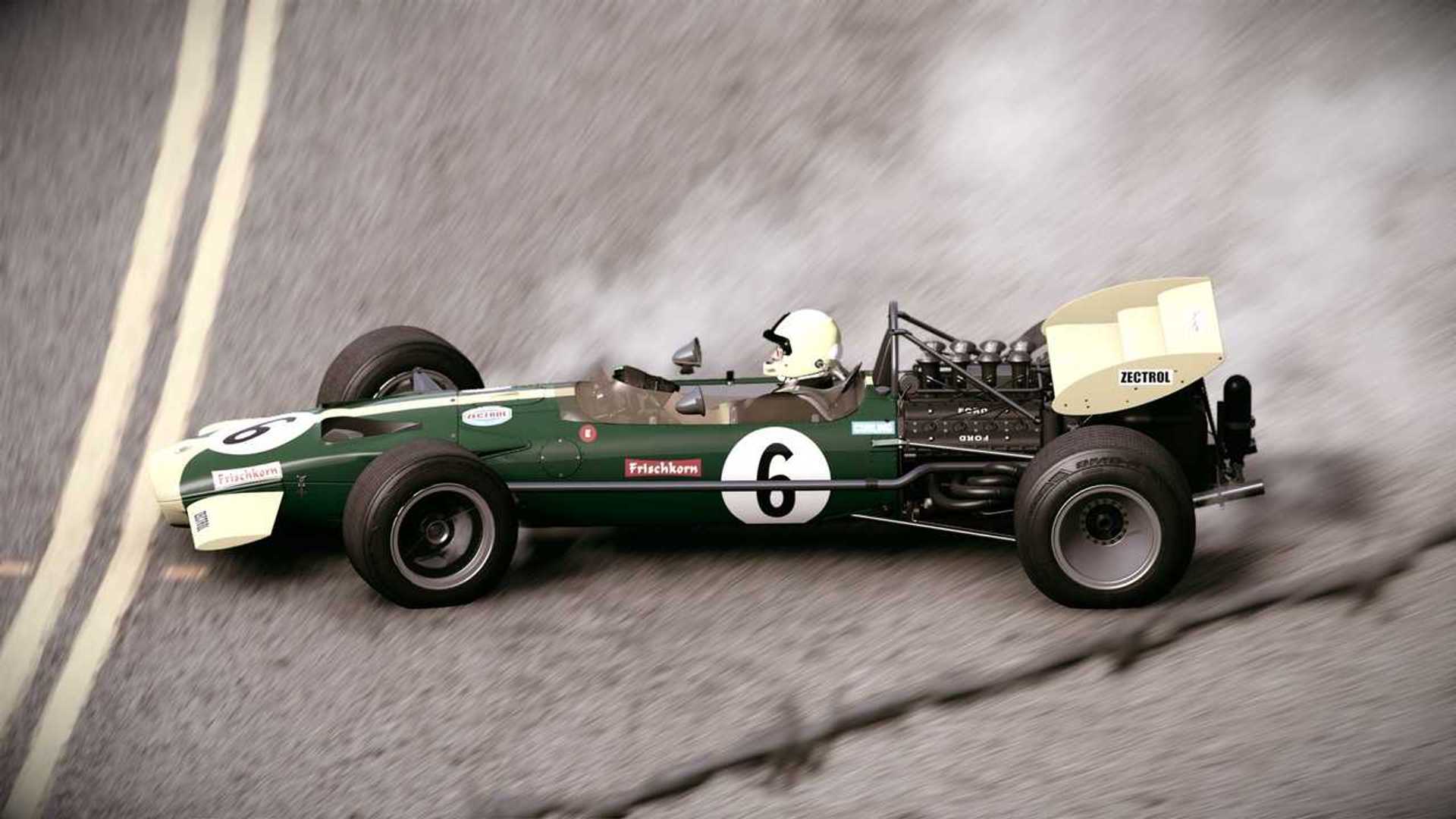 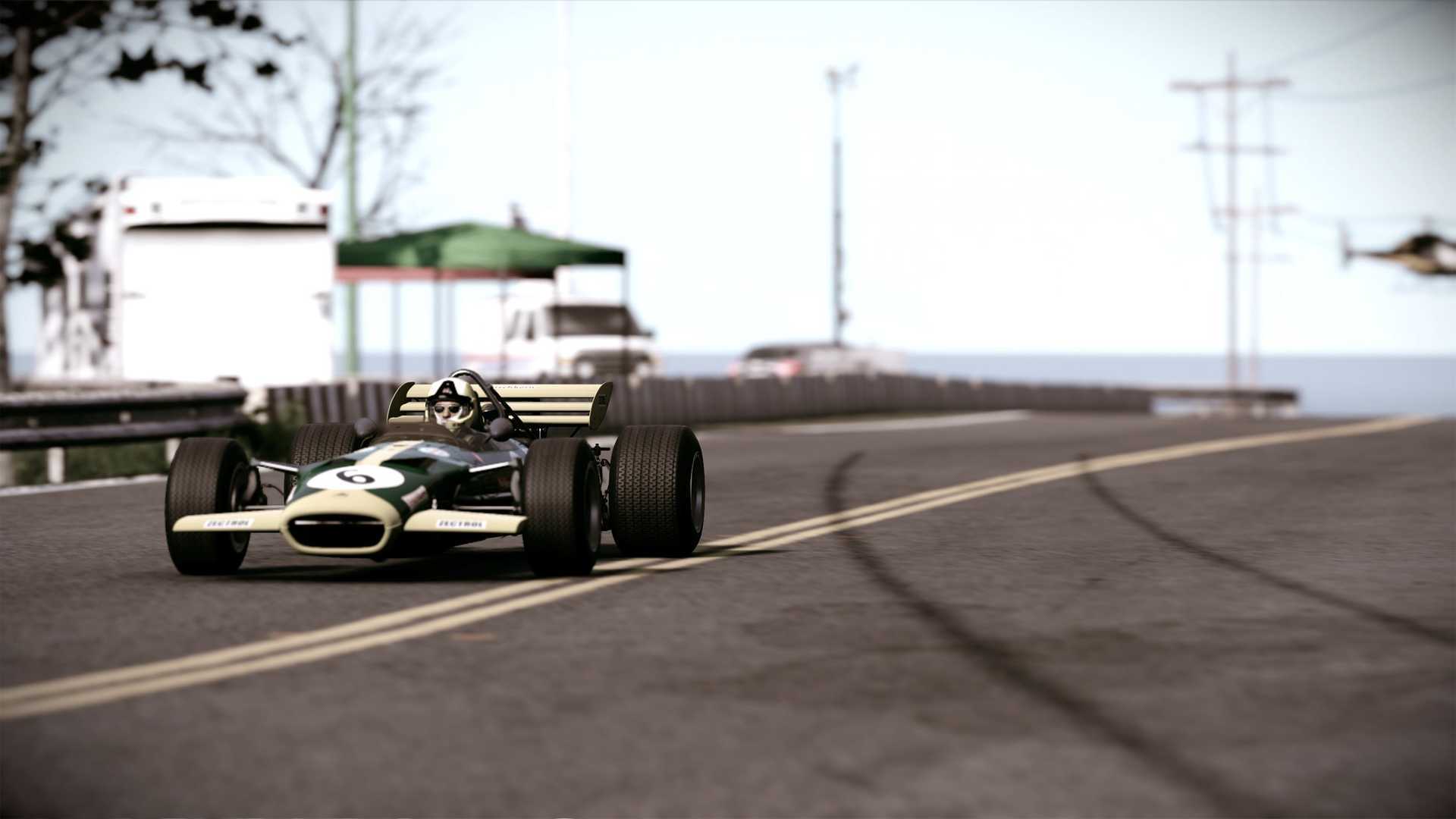 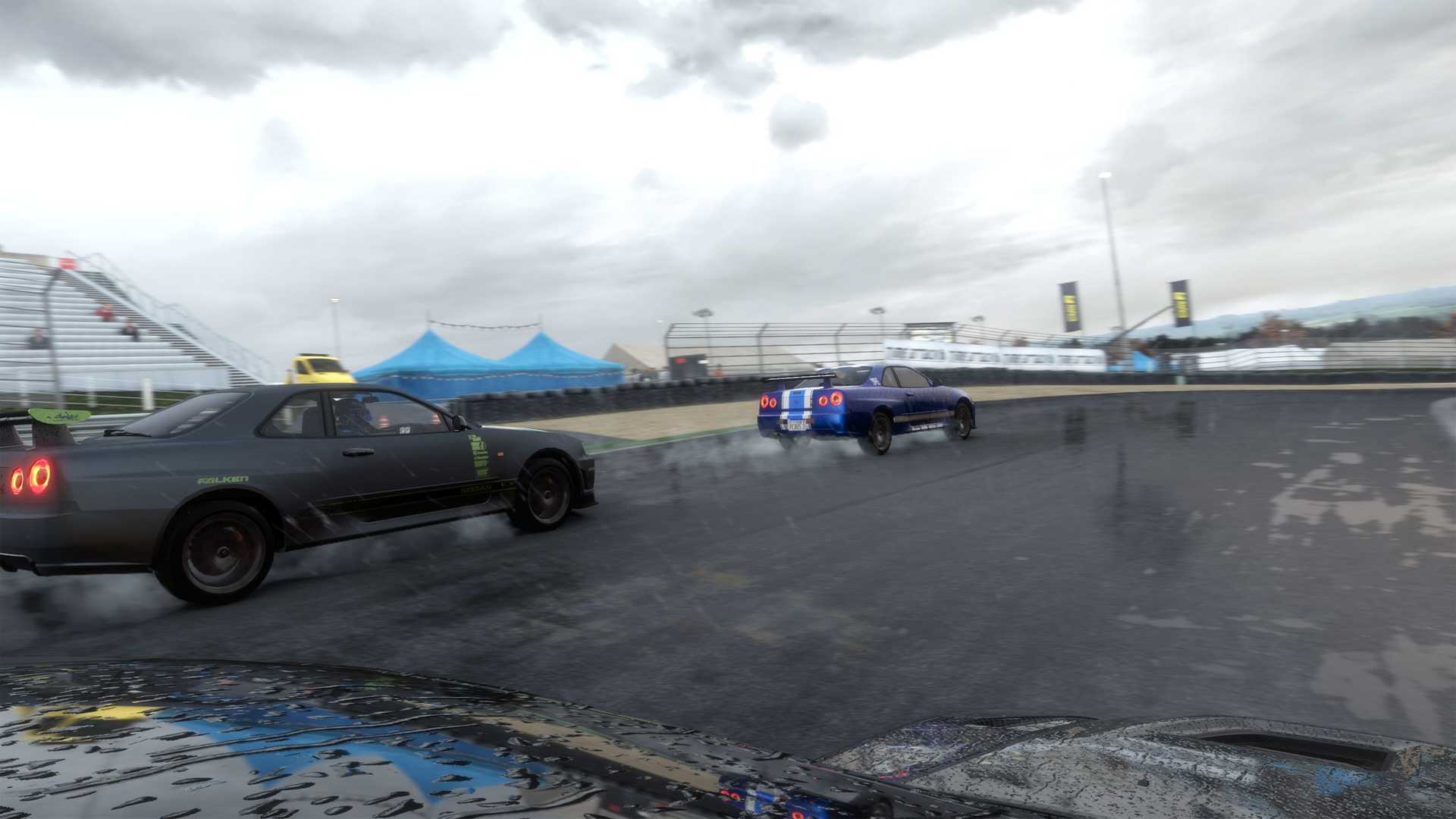 All things considered, after you get over the initial hurdle of disappointment and accept this game’s place in the simcade market, things aren’t so bad. The casual gamer can jump in and be quick right out of the box, while the seasoned sim racer can work to extract everything out of the car at ten-tenths.

Let me make this very clear. If you enjoyed Project Cars 2, you’ll be disappointed in Project Cars 3. In the console world, PC2 was (and still is) my go-to game if I want a bit more realism in my tarmac racing experience. It reached beyond Forza with its myriad of tunable settings and extensive, realistic career mode. Tires needed legit time to warm up, and they wore out quick if you drove like a ninny. And God help you if you dipped a wheel into the grass on a corner. Turning a clean, sub-seven-minute lap on the Nordschleife was inspiring.

It’s not terrible – PC3 looks good on the Xbox, maybe even great. There’s a gimmicky customization feature that allows a bit of personalization that can be fun, and there’s a nice selection of cars available right out of the box. Physics and wheel feedback are good enough to get by, though feedback is far too tame and physics far too forgivable to be lumped into the sim racing genre.

There’s also nothing sim-racer about PC3’s new Career Mode. It takes the same ultra-short, bash-your-way-to-the-front approach you get in Forza 7’s career mode, but with less customization, less realism, and less variety. In PC3 you’ll probably start with either a Mitsubishi Evo VI, a Nissan Skyline GT-R, a Honda Civic Type R, or a Toyota 86. There might be other options but honestly, I was too heartbroken to care. I bought the Evo, painted it white, added some silly stripes, and headed out for some two-lap-per-race action to make money.

And if you want to progress in PC3’s career mode, you’ll need to earn a lot of money. There are no prize cars and the only way to race in higher-level events is to buy a car that fits the series. Of course, if you want to make it more competitive you’ll need to buy upgraded parts. If you get tired of going through hundreds of monotonous races required to open up the big leagues, you can spend more money to open them instantly. And if you want to tinker with the settings on the upgraded parts you just bought, well, you need to buy an upgrade slot, too. Seriously, simply tuning your car will cost you $100 in-game bucks.

Crisara hit the nail squarely on the head. PC3 feels like it’s set up for microtransactions in a mobile world, and a mobile version of Project Cars is in the works. I wouldn’t be the least bit surprised to find $50,000 in-game credit purchase options sitting in the Microsoft Store for a real-world fiver, and I don’t mind sharing my extreme displeasure about this approach.

PC2 was in its own world, offering a cool grassroots-type sim experience that honored the glory of auto racing unlike anything else on consoles. PC3 kicks that to the curb in favor of money, and frankly, if you’re wondering why anyone would choose this game over Forza or Gran Turismo Sport, you’re not the only one.

Pass Or Fail? Depends On Context

If you consider PC3 as a standalone racing game, it looks pretty good, plays pretty good, and should be an enjoyable experience for casual gamers using either a wheel or a gamepad. Placing it in context with Project Cars 2 is a different story, as it feels like a tremendous step backward in every regard. Perhaps worse, it no longer differentiates itself from monster franchises like Forza or GT, leaving us with a very difficult task of finding even one reason to choose it over the others.

There’s always the possiblity of updates to bring back some of the sim magic, but in the meantime, we still have Project Cars 2 loaded and ready.

END_OF_DOCUMENT_TOKEN_TO_BE_REPLACED

END_OF_DOCUMENT_TOKEN_TO_BE_REPLACED
We and our partners use cookies on this site to improve our service, perform analytics, personalize advertising, measure advertising performance, and remember website preferences.Ok