Public Transport Gets On-Demand Pickup Service Thanks To New Startup 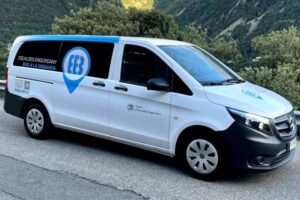 Public transportation can be a cheap efficient way to get around if it fits into your commute nicely. If not, it can be a frustrating and slow way to get from point A to point B, often to the point where commuters simply abandon it entirely. A new startup by the name of The Routing Company aims to solve some of these issues, as reported by CNBC.

The company’s main product is software that allows public transport operators to reach commuters directly, rather than running on standard pre-planned routes. The software assesses where riders are, and where they want to go, and then figures out how to best run shared buses and shuttles to most efficiently get everyone to their destinations. Riders are picked up from their location, rather than having to walk to pre-existing bus stops. 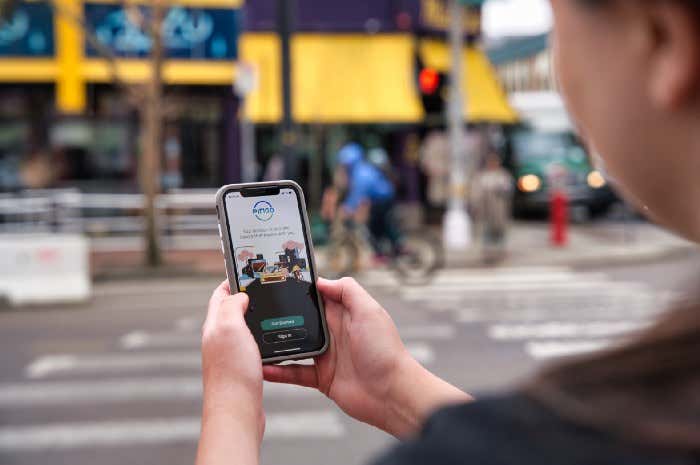 It’s a similar concept to carpooling options run by existing rideshare companies like Lyft and Uber, but running 18-passenger buses instead of regular 5-seater cars. Passengers are typically picked up between 2 and 12 minutes from when they hail a ride using the company’s service. The Routing Company works with a variety of private and public bus and shuttle operators, and hopes to make its shuttle-hailing concept a common mode of public transit worldwide.

The company is led by CEO James Cox, formerly the global head of product operations at Uber. Cox notes that the company hopes to improve the efficiency of public transport services to reduce the impact of gas and diesel vehicles already on the road. “Battery electric buses are good for the world,” says Cox, noting their benefits, but adds that “buying them doesn’t solve the problem of twenty to forty percent of buses driving around with low utilization or even empty. You need multiple solutions to get to lower or zero carbon emissions.”

Thus far, The Routing Company has provided over 75,000 rides in a series of pilot and commercial programs. Trials have run in Houston and Seattle, as well as further afield in Europe, including towns in Scotland and even in Andorra, a tiny European microstate with a population of less than 80,000 people.

The Routing Company recently completed a Series A funding round, securing $15 million from investors to continue its growth. Among them was Thuan Q. Pham, former Uber CTO. Pham told CNBC that he believed the company’s technology could significantly improve transit in cities around the world.

“Cities can augment and supplement their transit services that deliver more convenience to riders with point-to-point, on-demand high-capacity (18-seats) vehicles,” said Pham, noting the key benefits of The Routing Company’s software. He also cited the benefits of the as-needed approach, stating “Why run a mostly empty massive bus line during late evenings and weekends while you can deploy just the right number of mini-buses to meet the ridership demands during those times?”

It’s an interesting concept, and one that could be a gamechanger in certain context. However, the company will have to strike the right balance between the convenience of personal rideshare operations and the efficiency benefits of loading tons of passengers into large vehicles if it is to realize the gains it hopes for.