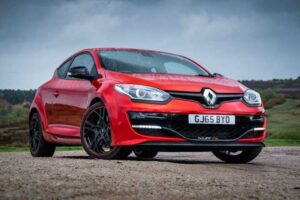 The Cup-S was hands down one of the best hot hatches of the last decade. So of course Ben is fiddling with it…

I’ll have owned GJ65 BYO for a whole year next week. Which is remarkable, given that the three cars that preceded it only stayed with me for a matter of months. The last car I owned longer than this was my old Megane 250, and before that my Clio 172 Cup. There seems to be a theme emerging here…

But there are other factors in play too. I expect like many that browse these hallowed pages, I tend to buy a car, sink money into it making it minty fresh, only to sell it at a loss and then buy something else to start over with. It’s for that reason I’ve been able to sell almost all 30 of my cars to the first person to drive them, until last year when someone walked away from the 130i because they didn’t like the automatic gearbox. Boo. My record run was over, but at least he said it was one of the best examples he’d seen.

My inability to leave a car standard means I tend to keep hold of them at least until I’m satisfied with the modifications I daydream about making. But over the past year, progress has been slower than usual, not just due to competing in EnduroKA, but also because I bought the Megane when my first child was just four-weeks old. It turns out your discretionary income goes down significantly after having a baby.

I’ve covered just over 4,000 miles in the past 12 months and if it weren’t for driving around the country to EnduroKA races, my mileage would likely have been half that. With the world turned upside down, I haven’t done nearly as many road trips and track days as I’d hoped, which I intend to address very soon.

When I bought the car, it was standard, other than an Engine Dynamics remap that was taken care of by macky17 during his ownership. Although when I say standard, let me remind you that from the factory, this car came with Ohlins coilovers, an Akrapovic titanium exhaust, four-pot Brembo brakes and a mechanical limited-slip diff.

I added K-Tec braided brake lines early on ahead of a track day at Goodwood and had been scheming to buy an ITG induction kit ever since. Ask about induction kits among Megane owners and most will say buy an ITG or don’t bother; it offers gains of up to 10hp, sharpens throttle response and makes all sorts of silly noises. As I was going to be taking a few parts off to fit it, it totally made sense to buy a Forge recirculation valve and some shiny yellow K-Tec boost hoses at the same time.

Fitting the ITG kit is a bit more involving than most, as it nestles the filter just in front of the nearside wheel arch to maximise cold air flow. Along with the recirculation valve and hoses, it took me less than two hours all in and after recently removing the battery housing to replace the thermostat, it was all straight forward and just required some patience and following some fitting instructions for once.

Pairing the induction kit with the recirculation valve and a stiffer spring has added so much drama to the driving experience, chortling and whooshing on acceleration followed by whips and cracks from the Akrapovic exhaust when lifting off. With the filter located further away from the driver, it’s slightly more muted than some other kits – and all the better for it. I appreciate not everyone will like the noise, but I love it. Supposedly the kit offers the best power gains, too, so I’ll have to get the map tweaked to really make the most of it. Fingers crossed it’ll help to tip the scales over 304hp.

Before then, I’m aiming to upgrade to an aftermarket intercooler and potentially a sports cat. Plus I want to get some new wheels as I was never really a fan of the 19″ STEEVs. So clearly, a while off being done just yet.

The other thing I need to address is the suspension. I had the Ohlins removed with the intention to send them off to be rebuilt but in all honesty, the Cup dampers with Eibach springs that were only intended to be fitted as a temporary measure are much more comfortable on the road. Perhaps that’s just because the Ohlins have needed a rebuild since I bought the car, but for now, it has really made me question whether I’ll bother putting them back on at all. Sure, if I was doing lots of track days the Ohlins totally make sense, but given that most of my time is spent on the road, I’m undecided what to do next.

While I ponder that and have no intention of selling the car anytime soon, I still can’t help myself from browsing the classifieds almost every day. For the first time ever I’m utterly clueless on what car I want next, but thanks to some incredibly kind friends and members on here, I’ve got quite a line-up of cars to drive back-to-back with the Megane. Starting with my old S2 Lotus Elise 111S, so keep an eye out for that soon.