Range anxiety is a terrible thing. Automakers around the world are rapidly increasing their EV development programs and are quickly learning that Tesla’s battery magic isn’t exactly easy. So as new vehicle development programs are in play, some automakers—like those working on light duty trucks—are looking for stop-gap solutions to increase the range of their vehicles while battery chemistry plays catch-up. For Rivian, this means a removable auxiliary battery pack.

This might seem like familiar news, and it sort of is. Rivian actually filed a patent for its hot-swappable auxiliary pack back in February 2019. As of Tuesday, however, the United States Patent and Trademark Office officially granted Rivian its patent, meaning that the electric vehicle startup now has a little bit more leverage over its competitors.

Let’s dig back into the patent and understand why this is such a big deal. 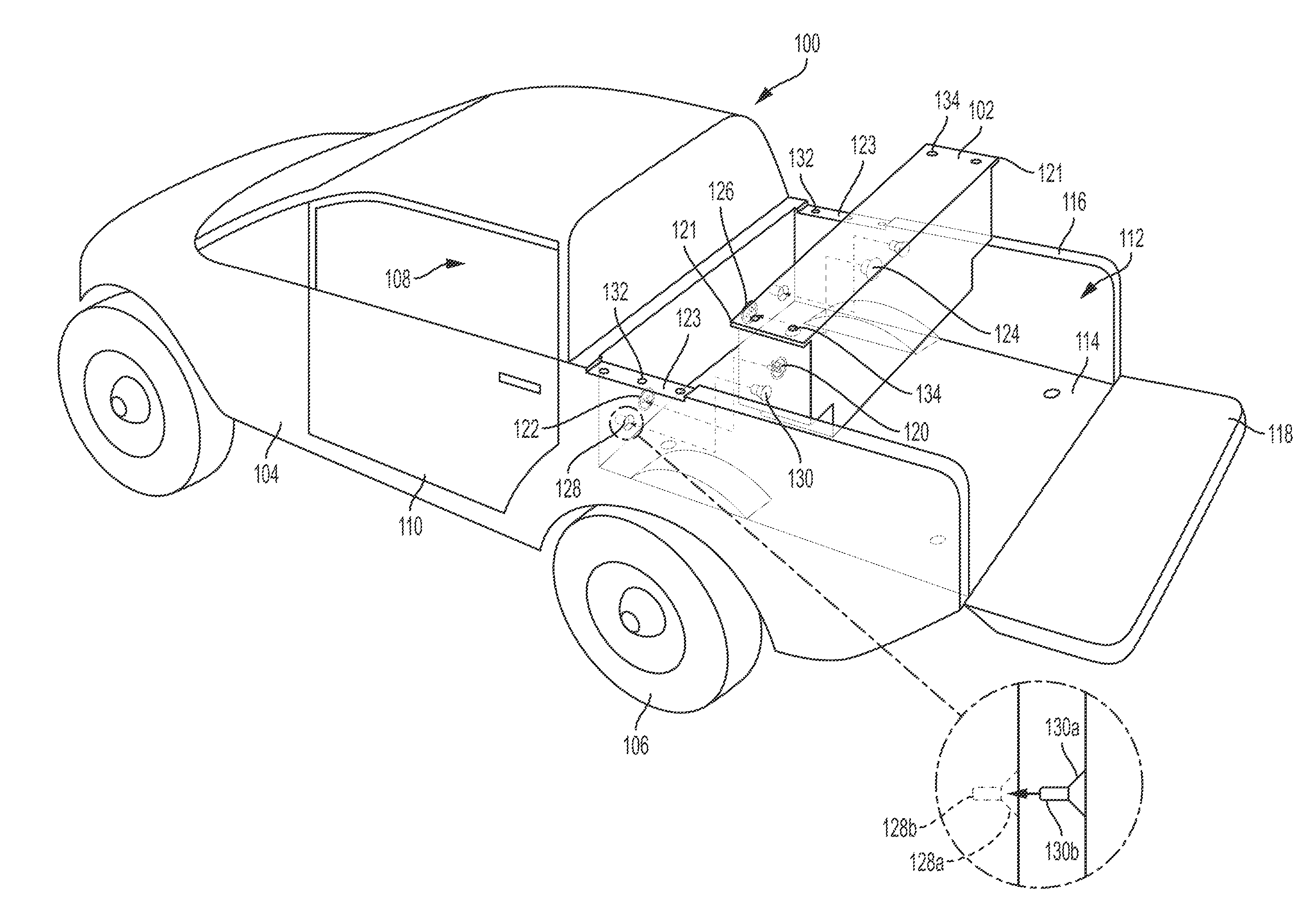 The patent illustrations show a toolbox-sized battery in the bed of the upcoming R1T electric pickup. An electrical connector and two coolant exchangers sit at the base of the box facing the cab. The pack seemingly fits the width of the bed with notches cut out to fit over the wheel wells, then slides into place and affixes to the truck via recessed notches on the bedsides.

Rivian says that its battery pack may be available in several configurations to provide varying amounts of power and weigh “several hundred pounds or more,” meaning that the company could theoretically sell 10-kilowatt-hour or 20-kWh packs depending on a customer’s needs.

Now, this isn’t a new idea by any means. Ford, which is working on a battery-electric version of its best-selling F-150 pickup, also has an idea of how it will solve range. The answer? Potentially, it could be good ol’ fashioned gasoline. Or perhaps diesel. Or maybe (less likely) hydrogen.

Back in September, The Drive broke news of an uncovered Ford patent which suggested the automaker was working on a toolbox-sized generator with a built-in fuel tank that would perform similar range-extending capabilities. This is quite similar to BMW’s approach with its i3 Range Extender, or even Mazda and its rebirth of the rotary engine. The biggest difference is that Ford’s setup appears to be removable and swappable, similar to Rivian’s battery pack, but its vague use of “engine” and “fuel” speaks to the modularity of the entire ordeal.

Whether or not Rivian’s idea sees the light of day is unknown. But given that several automakers are currently looking at similar range-extending solutions, it’s likely not far out of the ballpark of commercially viable ways to increase range, especially in a pickup truck where utility is key. And let’s be real—this is at least a more achievable idea than Tesla’s 15-minute battery swapper.

END_OF_DOCUMENT_TOKEN_TO_BE_REPLACED

END_OF_DOCUMENT_TOKEN_TO_BE_REPLACED
We and our partners use cookies on this site to improve our service, perform analytics, personalize advertising, measure advertising performance, and remember website preferences.Ok