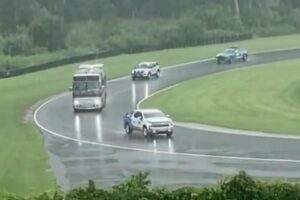 On Friday afternoon, the second practice session during the IMSA WeatherTech Northeast Grand Prix at Lime Rock Park was red-flagged due to lightning and heavy rain. Within an hour, the status returned to green and the racecars returned to speeding around the track.

For one impatient motorhome driver, that wasn’t fast enough, and they attempted to take a shortcut out of there via the most direct route possible: on the track. 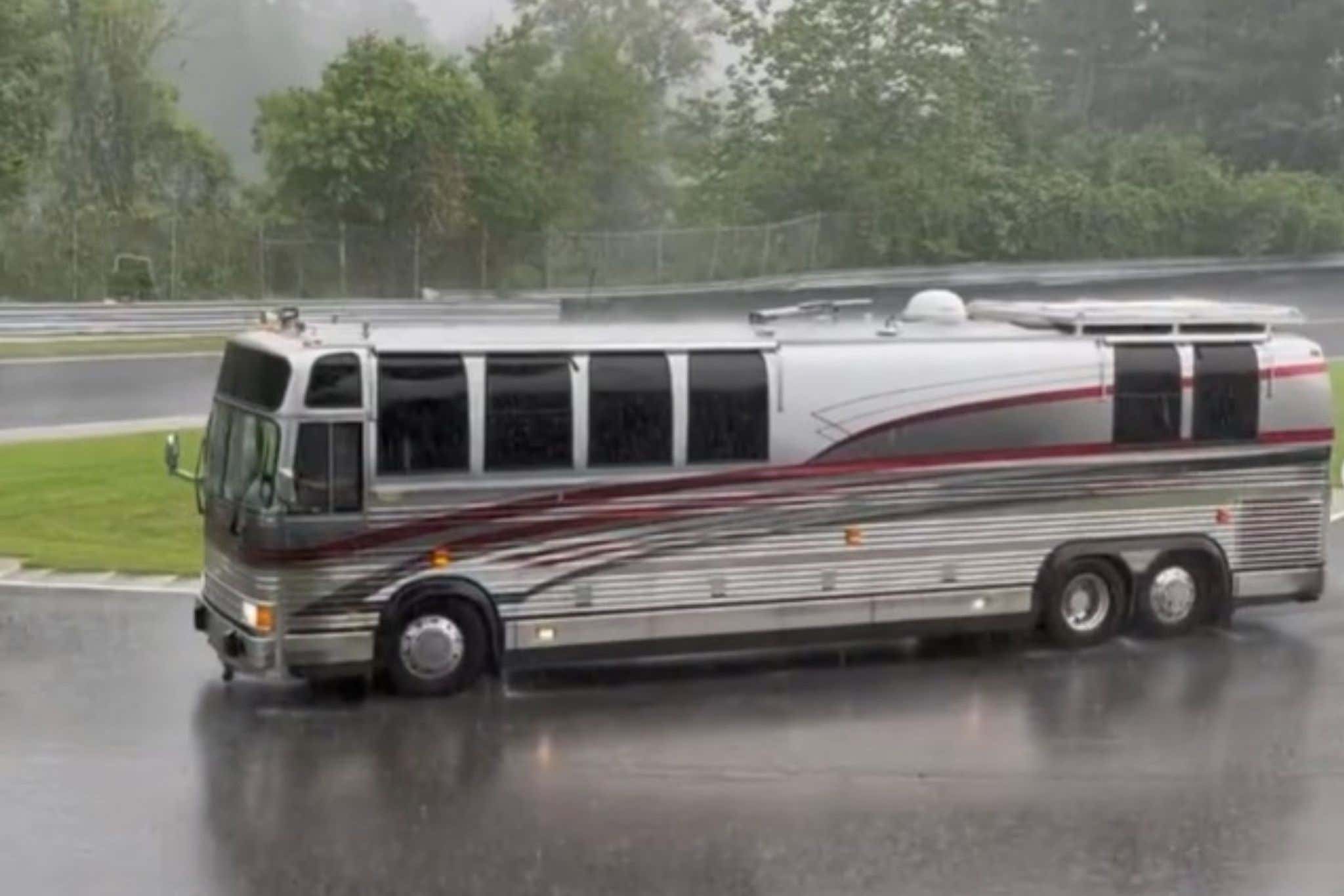 As reported first by John Dagys at Sportscar365, the motorhome ventured onto the circuit during the red flag period during the practice session. It wasn’t quite as chaotic as the time a Mini Cooper took a wrong turn at Interlagos Circuit in Brazil and ended up on the shoulder during a live race, but this motorhome still inspired some WTF reactions from viewers.

“This is like truly unbelievable,” spotter Mike Sweeney says in an Instagram video. “That guy got on the race track–it was a red flag situation and apparently he didn’t want to hang out in the rain and he just left.”

Then he points out that the motorhome is a monocoque, with a laugh.

Sportscar365‘s Dagys says the motorhome was stopped by IMSA safety vehicles and an arrest was allegedly made for reckless endangerment. The PR rep for Lime Rock Park responded to an email that he was “not able to respond to [this] inquiry in the affirmative” regarding the incident.

The gates opened again at 7:00 AM ET this morning, with the IMSA Pilot Challenge race slated for 11:05 AM and the WeatherTech sprint scheduled for 3:10 PM. Jordan Taylor took the WeatherTech SportsCar Championship pole in the No. 3 Chevrolet Corvette C8.R with a lap time of 49.948 seconds, and Roman De Angelis claimed his first IMSA pole for the GTD field with a time of 51.729 seconds in an Aston Martin Vantage GT3.

One of the most historic tracks in the country, the Lime Rock Park circuit has been in operation for 65 years now. Regular spectators know how to avoid inadvertently becoming part of the race, unlike the Mercedes-Benz GLA that blocked an active pit lane at Interlagos at the end of last year. Lime Rock organizers will surely be on the lookout today for any unregistered vehicles trying to make a name for themselves.