Rumour: Maruti Alto K10 to be relaunched in India 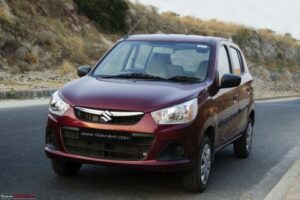 The new Alto K10 could be launched along with the next-gen Alto 800 during this festive season.

Maruti Suzuki stopped selling the Alto K10 in March 2020. Now, according to a media report, the ‘K10’ moniker is set to make a return.

The report states that the new K10 (codenamed: Y0M) is likely to be powered by a 998cc petrol engine. It is said that Maruti believes that there isn’t much competition in this segment, with its only rivals being the S-Presso and Renault Kwid.