Scoop! Toyota-Maruti working on a small car & an MPV 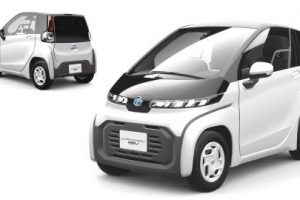 There are two main projects that are currently running under the Toyota-Suzuki partnership.

We have received new information on Toyota and Maruti Suzuki’s future products. There are two main projects that are currently running under the Toyota-Suzuki partnership. These include a small car and an MPV.

A Toyota small car (codenamed: 560B) is said to be in the works. It is expected to be launched by the end of 2021 or early 2022. More details on this car are awaited, but it could be the compact battery electric vehicle (BEV) that has been in the news since 2019.

The second car that is presently under development is an MPV that could be positioned between the Ertiga and Innova. It is believed to be an all-new model and won’t be a mere badge engineering job. The new MPV will probably be launched in the second quarter of 2022.

In the meantime, Maruti Suzuki is gearing up to launch the next generation Celerio in India. Test mules have already been spotted on the streets and the car appears to be larger than the current model.

Thanks to the Team-BHP fan (he prefers to remain anonymous) who sent this information in. Heartfelt gratitude for sharing it with other enthusiasts via the Team-BHP share page!