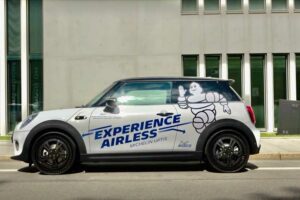 By Michelin’s estimate, problems with inflation, be it wrong tire pressure or unrepairable punctures, knock a whole 20 percent of tires out of service early—that’s 200 million of them each year. That’s why Michelin is trying to take air out of the tire equation, which it thinks it can do as soon as 2024 with an airless tire called the Uptis. It recently demoed these with YouTuber Mr JWW at the wheel of an electric Mini Cooper SE so we could learn more about their behavior.

After wheeling the Mini mostly on city streets the feedback was rather positive, the YouTuber claiming that handling of the vehicle appears to be sharper than with traditional tires. According to Michelin, test drivers who have explored the bounds of the Uptis’ performance say its lack of air makes it easy to handle at the limit. JWW also noticed less steering slop on the prototype tires, making airless tires a promising future option for performance cars. Keyword performance. 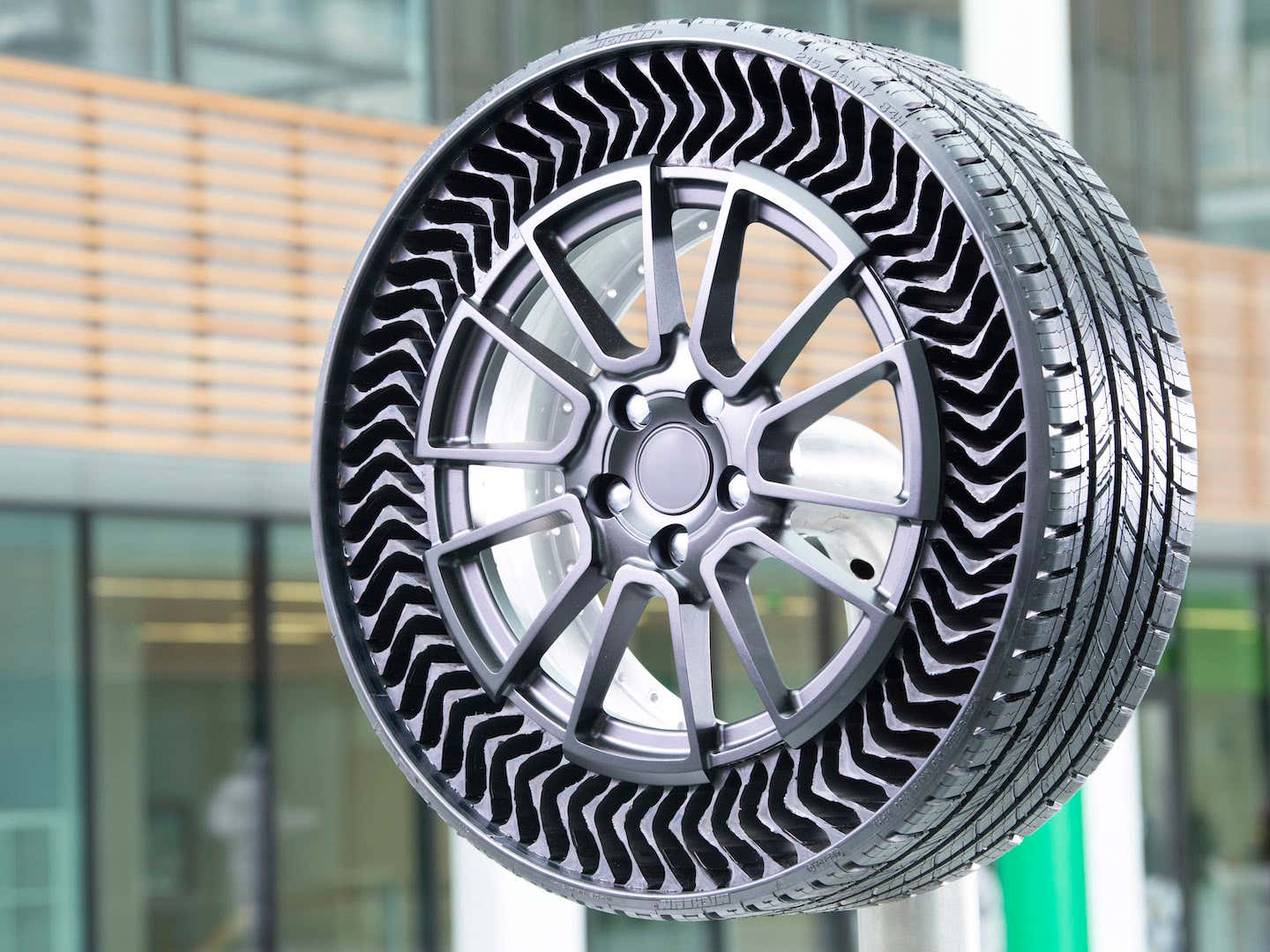 This application will no doubt be on the radar for Michelin, which aims to have Uptis-style tires on the market in 2024. If performance tires are among the first airless options to come out, though, expect them to first reach high-dollar vehicles that already use purpose-built tires. Think more Bugatti Chiron than Mazda MX-5, though don’t count out seeing these at a track day later this decade.

Michelin’s Technical and Scientific Communication Director Cyrille Roget, told YouTuber Mr JWW that developing the Uptis has taken Michelin a full decade so far. Its end goal is to aim the airless tire at markets that go through large numbers of them, from carmakers to commercial fleets, to even developing countries where punctures are common. Obviously, the Uptis would need sidewalls on rocky roads to keep debris out, and Roget indeed confirmed the production tire could have sidewalls.

Named for a portmanteau of “Unique Puncture-Proof Tire System,” the Uptis features fiberglass belts under its tread and, in place of air, spring-like spokes that are also reinforced with fiberglass. The tires themselves have been designed not to mount to preexisting wheels, but ones supplied by Michelin, on which they are balanced at the factory. In theory, they can arrive ready to mount to a car with no special tools or labor needed.