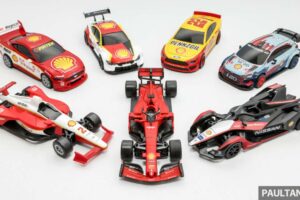 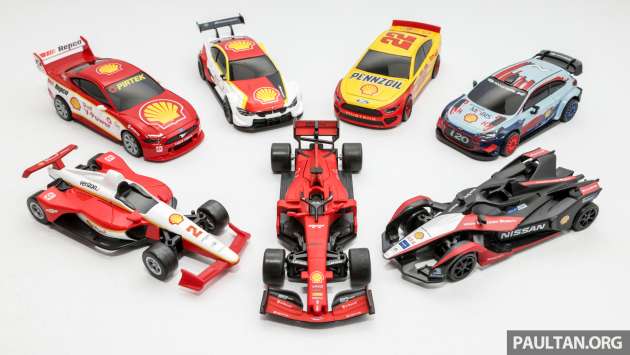 Shell Malaysia has today launched the Shell Motorsports collection of remote controlled cars, which are modelled after the racing cars of teams in partnership for various high-level international motorsport series.

A total of seven Bluetooth remote control cars are on the Shell Motorsport Collection roster, which consists of:

In a similar fashion to previous scale model collections offered by Shell Malaysia, the complete set of seven cars in the Shell Motorsport Collection will not be offered for sale all at the same time; instead, the models will be offered one at a time on a weekly basis, from October 8 until December 8, 2022.

These die-cast 1:41 scale models have been developed with BrandBase, and all are products officially licensed by their respective constructors and teams. The remote control aspect is via Bluetooth control, which enable users to control the scale models through their mobile devices.

What will these cost? To purchase these scale models individually, customers will need to purchase a minimum of RM50 in Shell fuels, in order to be eligible to purchase the models at RM30 each. These however do not include the smart battery which is sold separately at RM30, which enables Bluetooth remote control of the models.

With the purchase of a four-litre pack of Shell Helix engine oil, customers will receive the exclusive Ferrari SF90 F1 scale model for free, along with the Bluetooth smart battery. Meanwhile, purchasing a minimum of RM80 worth of Shell V-Power Racing petrol (at participating stations) will make the buyer eligible to purchase the exclusive collector’s box for RM80.

In conjunction with the launch of this Shell Motorsport Collection, Shell Malaysia will be holding events at KL Sentral from October 17 to 23, as well as at the Mid Valley Megamall from October 26 to 30, and these venues will be where the public will get to try out all seven remote control scale models on a specially designed course.