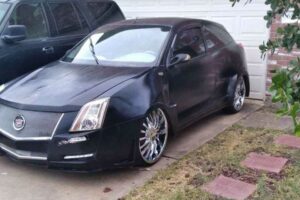 There’s no denying the utility of a car with a big hatch out back—take the Cadillac CTS-V wagon, for example. Some people love that car so much that they’re willing to pay tens of thousands more for a longroof version instead of settling for the normal sedan. If you ask me, though, those people don’t have anything on whoever commissioned this makeshift CTS hatchback that’s really a Ford Focus underneath.

Despite wearing a Cadillac badge, the underpinnings of this custom ride in Katy, Texas are a lot less luxurious. A perfectly good 2002 Ford Focus ZX3 gave its life to become…this, which is a tacky yet endearing return of sorts to the ’00s tuner scene. 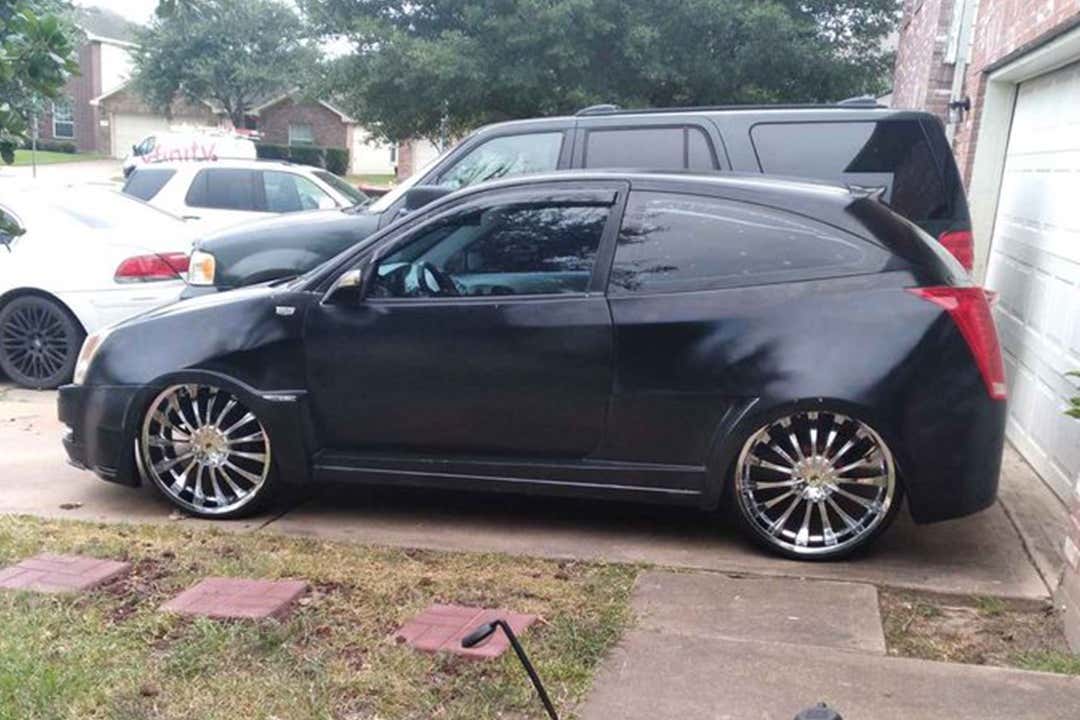 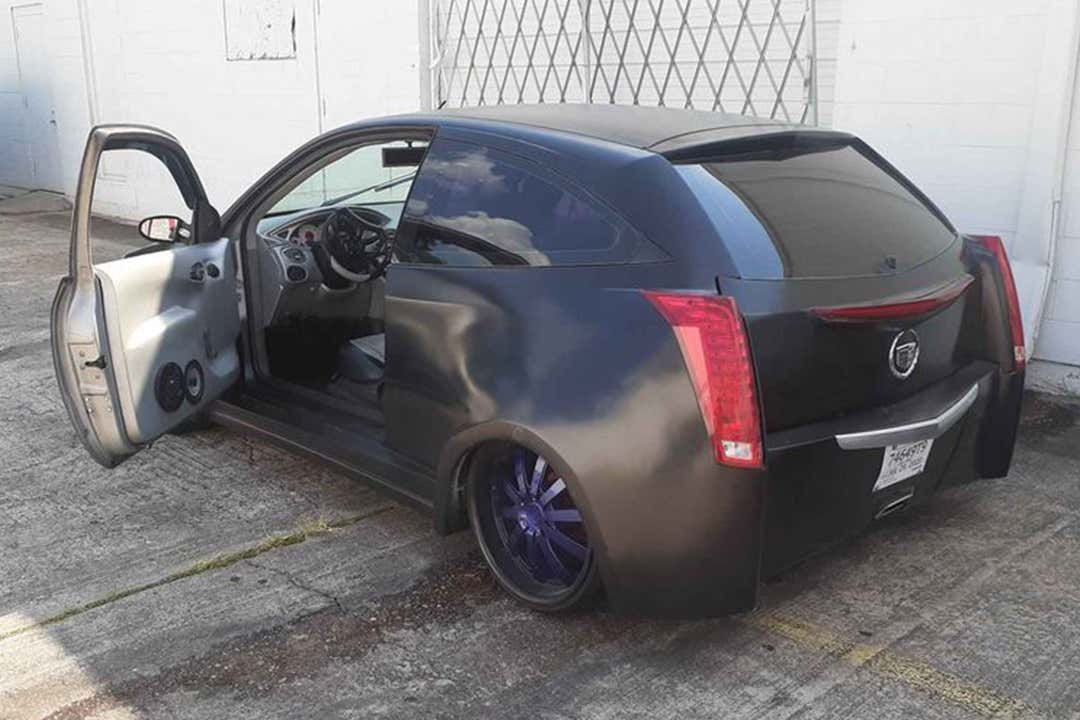 The front end of a CTS was molded into the bodywork of the Focus by transforming the hatchback into a pseudo widebody. Custom fiberglass fenders were used to meld the front bumper and hood with the Focus’ original body lines, and the car’s rear arches were also widened to more seamlessly integrate the CTS taillights.

The interior also has its share of mods. An aftermarket steering wheel and custom gauge faces are there for the driver, while a Playstation 2 and in-dash screen are within the passenger’s view. The front seats are supposedly covered in ostrich leather, though surprisingly, West Coast Customs had nothing to do with this ride.

This isn’t the first time the internet has seen this car. It originally made rounds back in 2019 before falling into the hands of Eric Lewis, who’s selling it on Facebook Marketplace. Lewis told The Drive that he knew the original owner of the car, who had it built by a customs shop in Houston. When the original owner was ready to get rid of it, Lewis couldn’t let all of that hard work go to waste, so he bought it. Some argue that the car was better left for dead, but where’s the fun in that? 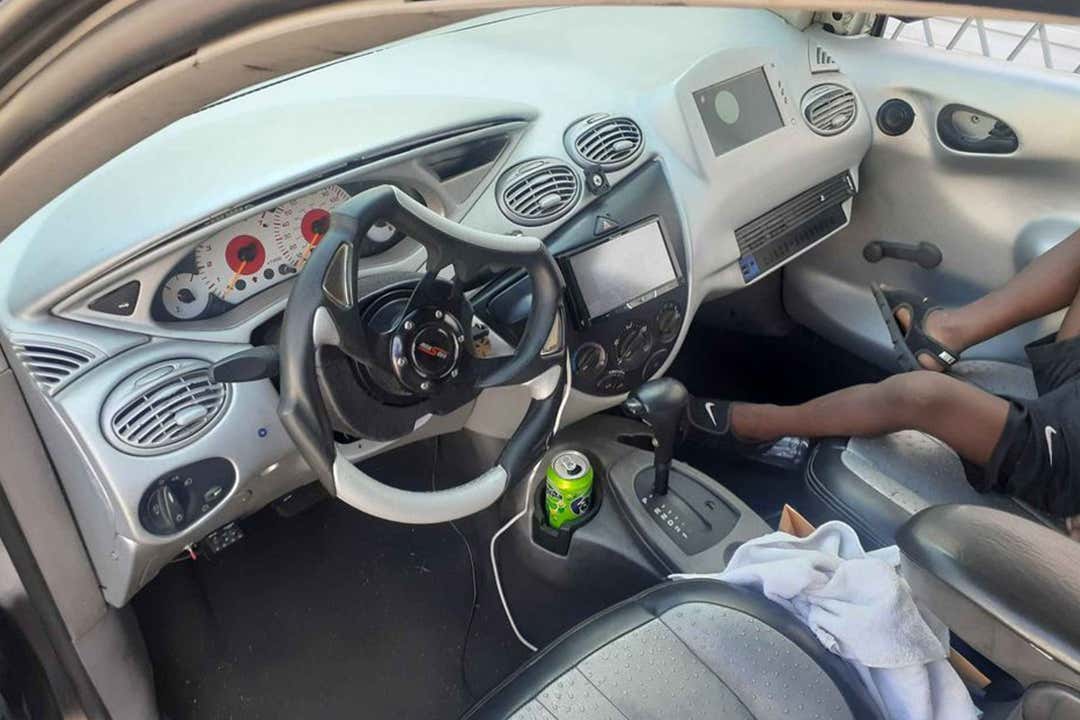 When the for-sale ad was posted to a public Facebook group, there were plenty of haters.

“I’ve got a lot of people that hit me up and they say stupid stuff about the car,” Lewis told The Drive. “But they know nothing about it.” 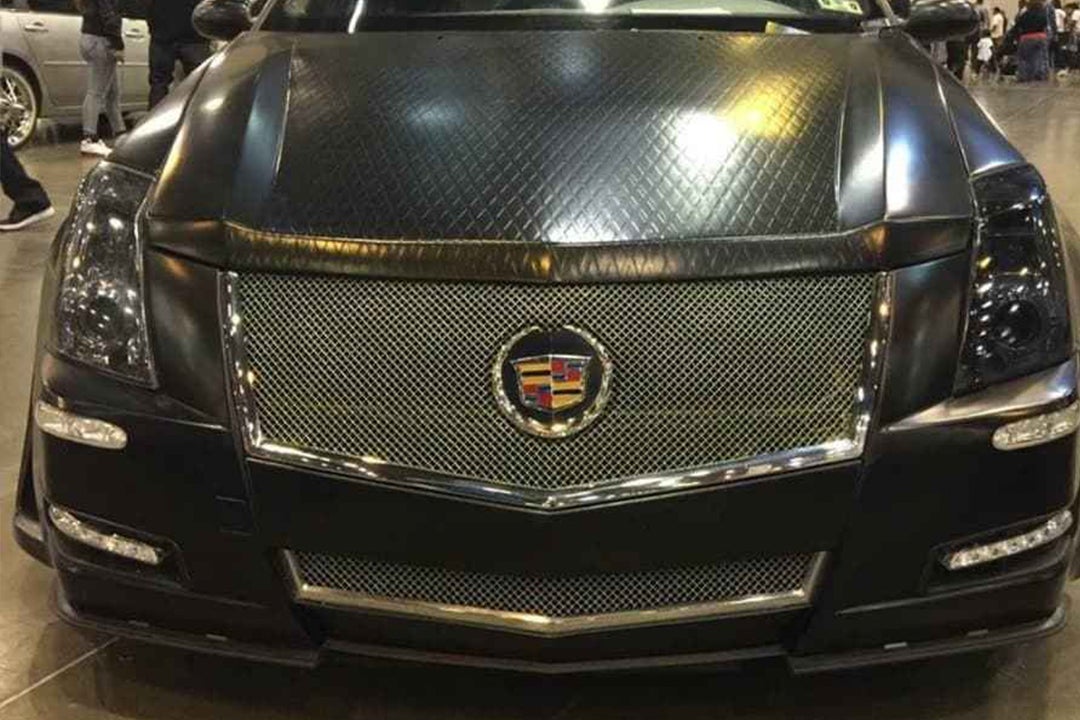 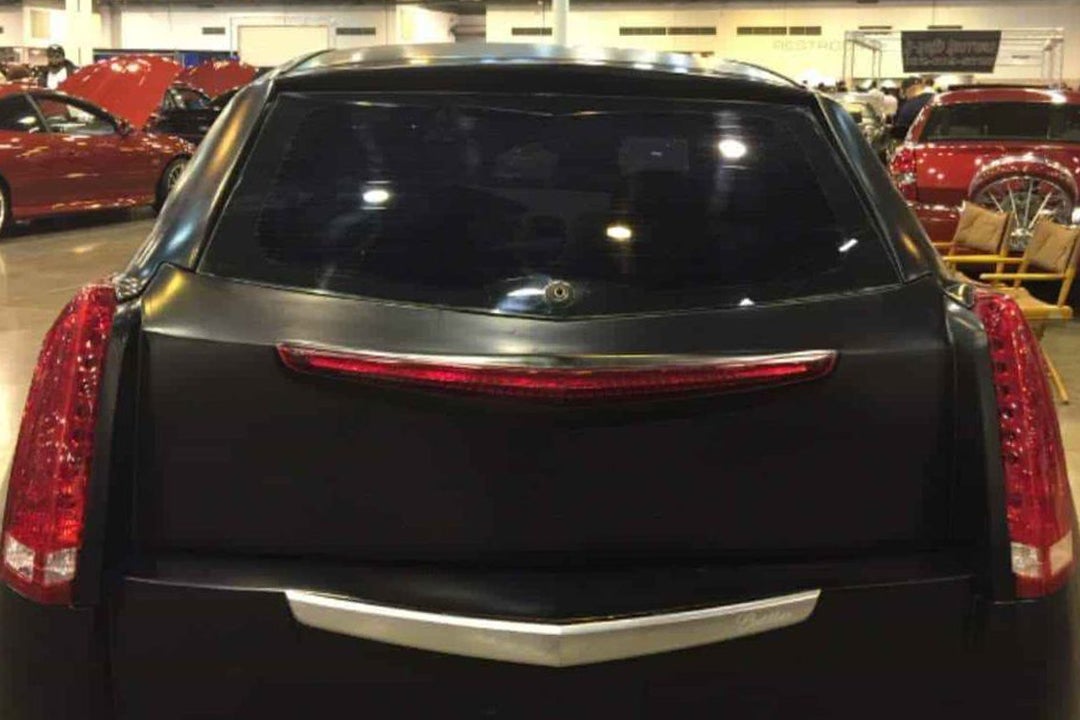 Now, admittedly, the bodywork on the car isn’t half bad. There’s a great amount of detail that went into the fabrication, and that includes the completely custom paint job on the hood, where the diamond-stitching is actually under the clearcoat, according to the seller.

Execution doesn’t excuse taste, though, or at least it won’t revive dying trends in the auto scene.