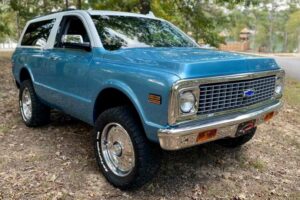 Restomods aren’t anything new these days. Typically, they involve adding a bunch of new parts to a much older car. Whether it’s an old Bronco with a modern crate engine or an MGB with an electric drivetrain, there’s plenty of variety and these are only getting more popular. That’s not always the best recipe, though. Newer cars are typically safer, more reliable, and more comfortable. If only you could capture the look of a classic car but retain all the advantages of a new car.

As it turns out, a shop called Flat Out Autos is doing just that. It’s been pumping out modern Tahoes with classic K5 Blazer looks for some time now. The shop’s owner, Rob Hester, claims that the four-door builds are popular, but ever since he started making them there’s been people asking for a two-door version. This year, Hester decided to build one for SEMA, and it took some serious modifications to get a four-door Tahoe transformed into a custom K5. 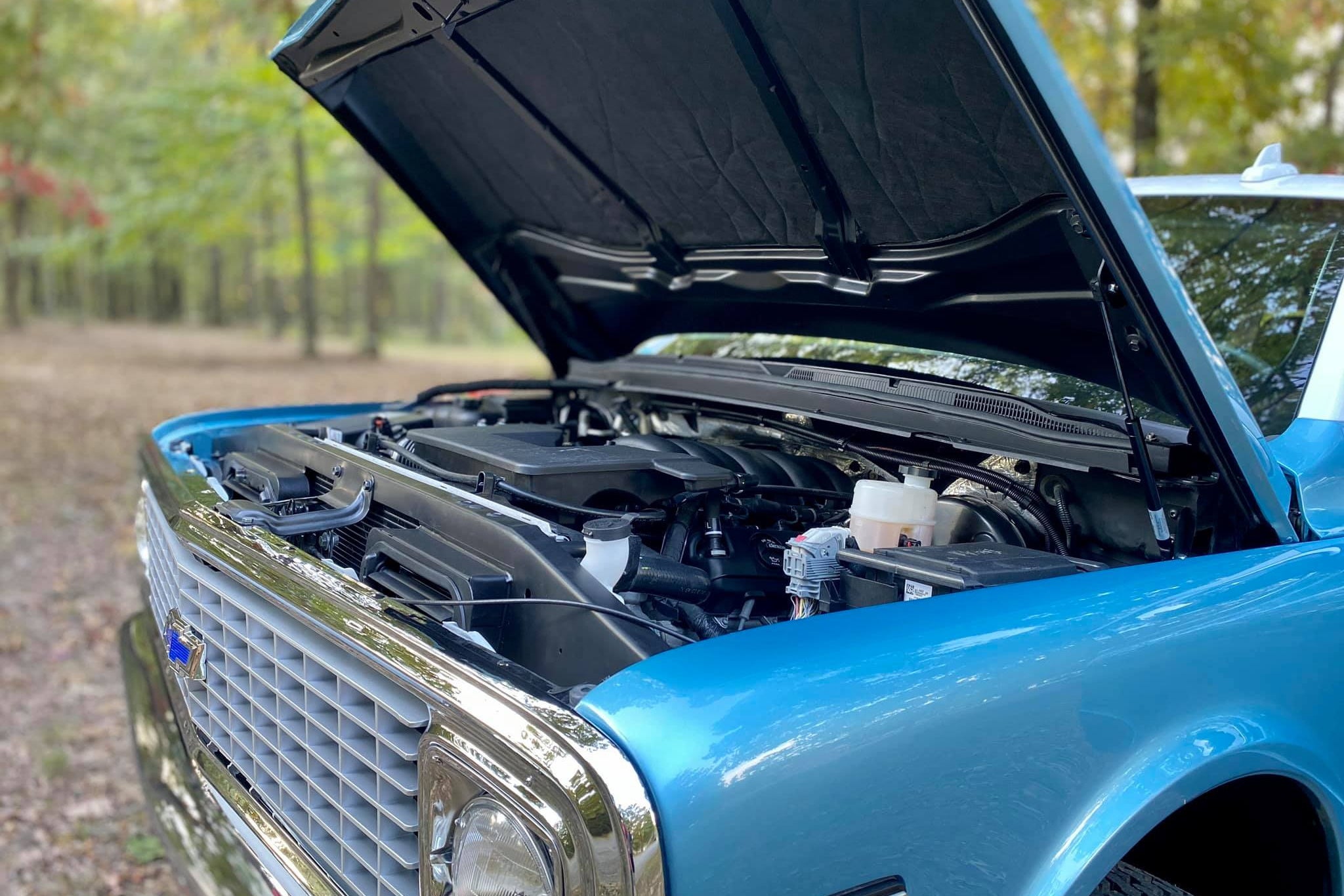 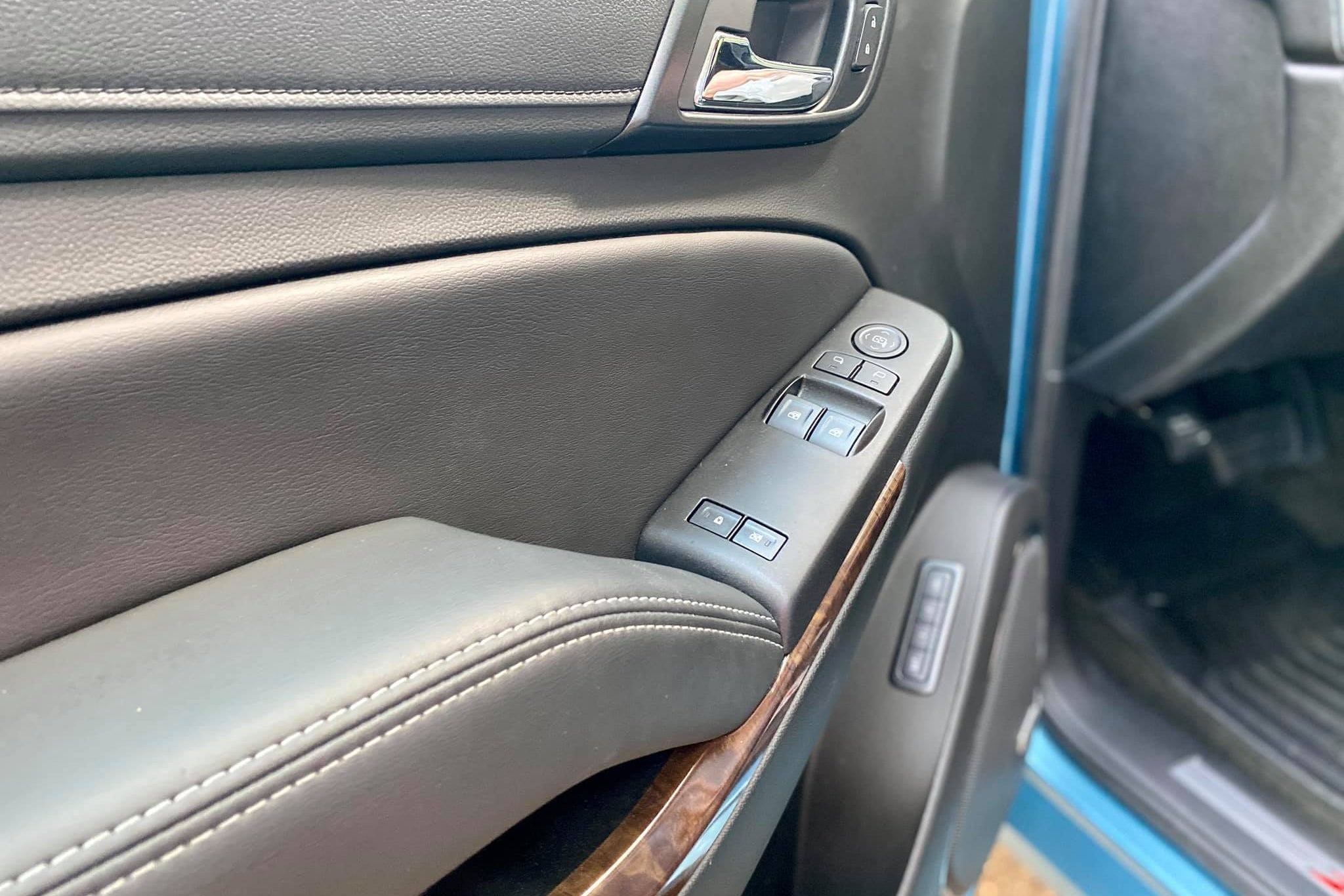 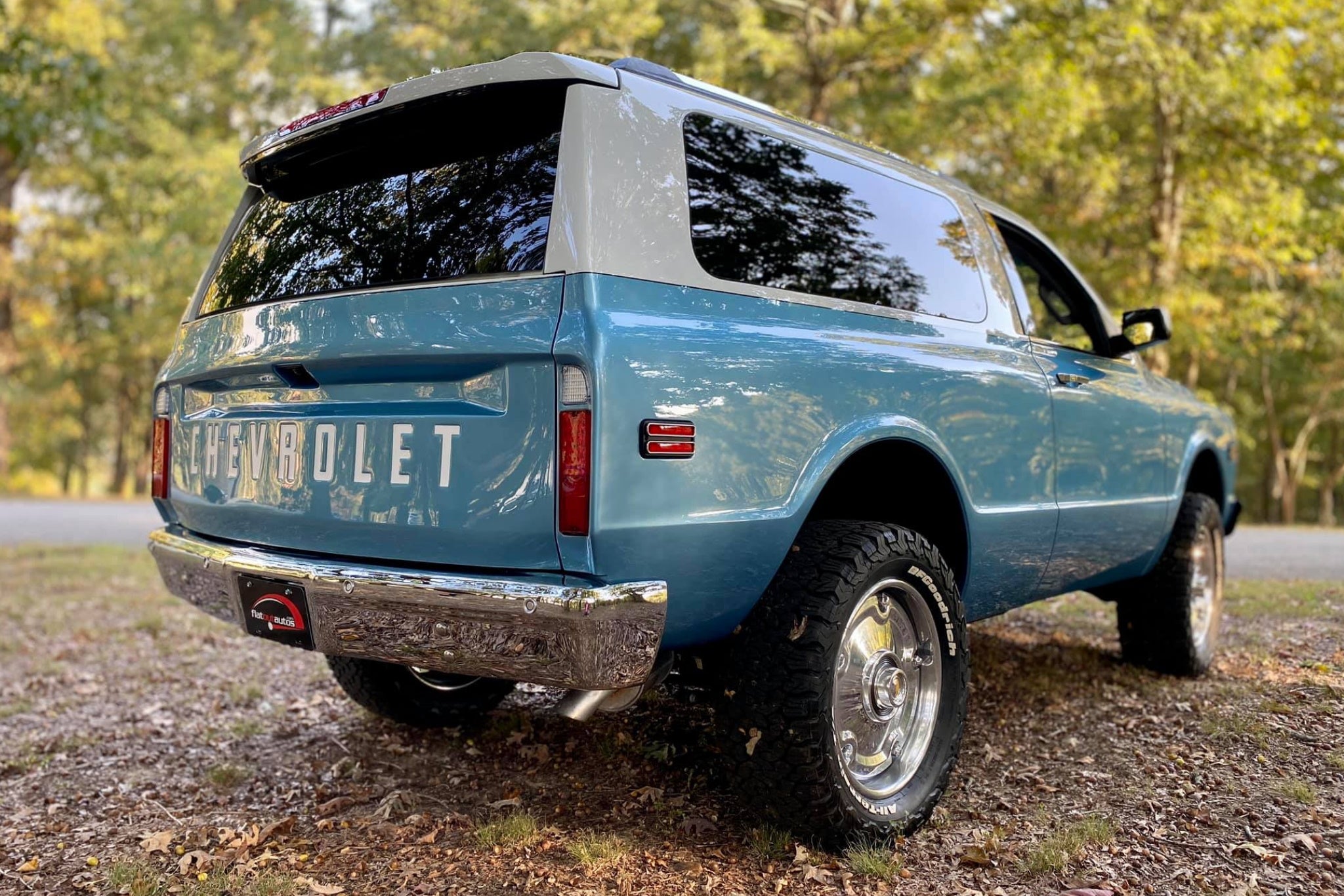 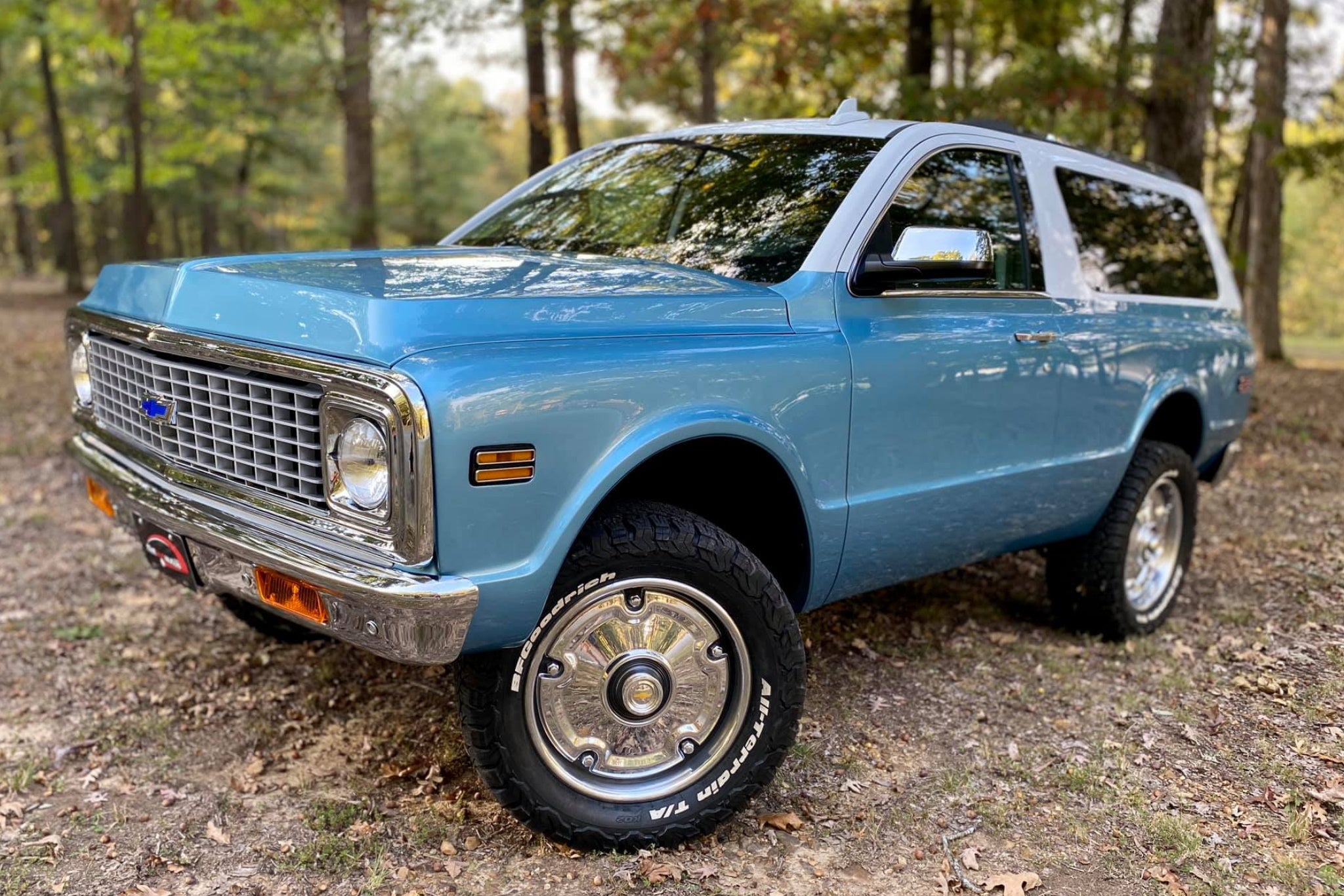 The build started back in May of this year, and since then Hester says it’s been a constant grind to get it done in time for the Las Vegas event. The shop had never done a two-door conversion before, but despite the big learning curve, Hester felt his crew was up to the challenge. “We’ve had thousands of comments requesting a 2 door since the 4 door was introduced, and we felt it was a great way to showcase our ability as a custom shop to pull it off,” Hester told The Drive.

To start, the truck had to get shorter, obviously. A whole eight inches were cut out of the middle of the vehicle to get everything in the right place, with reinforcements added throughout to ensure everything stayed where it was supposed to. Anything that was in the way when they cut up the car’s frame had to be shortened. “We also had to relocate the gas tank, shorten the exhaust, driveshaft, and rear AC lines,” Hester said. “All of the modifications were made while [maintaining] all safety and convenience features.” As such, the front passenger’s seat now swivels up to allow for easier access by the rear passengers, too. 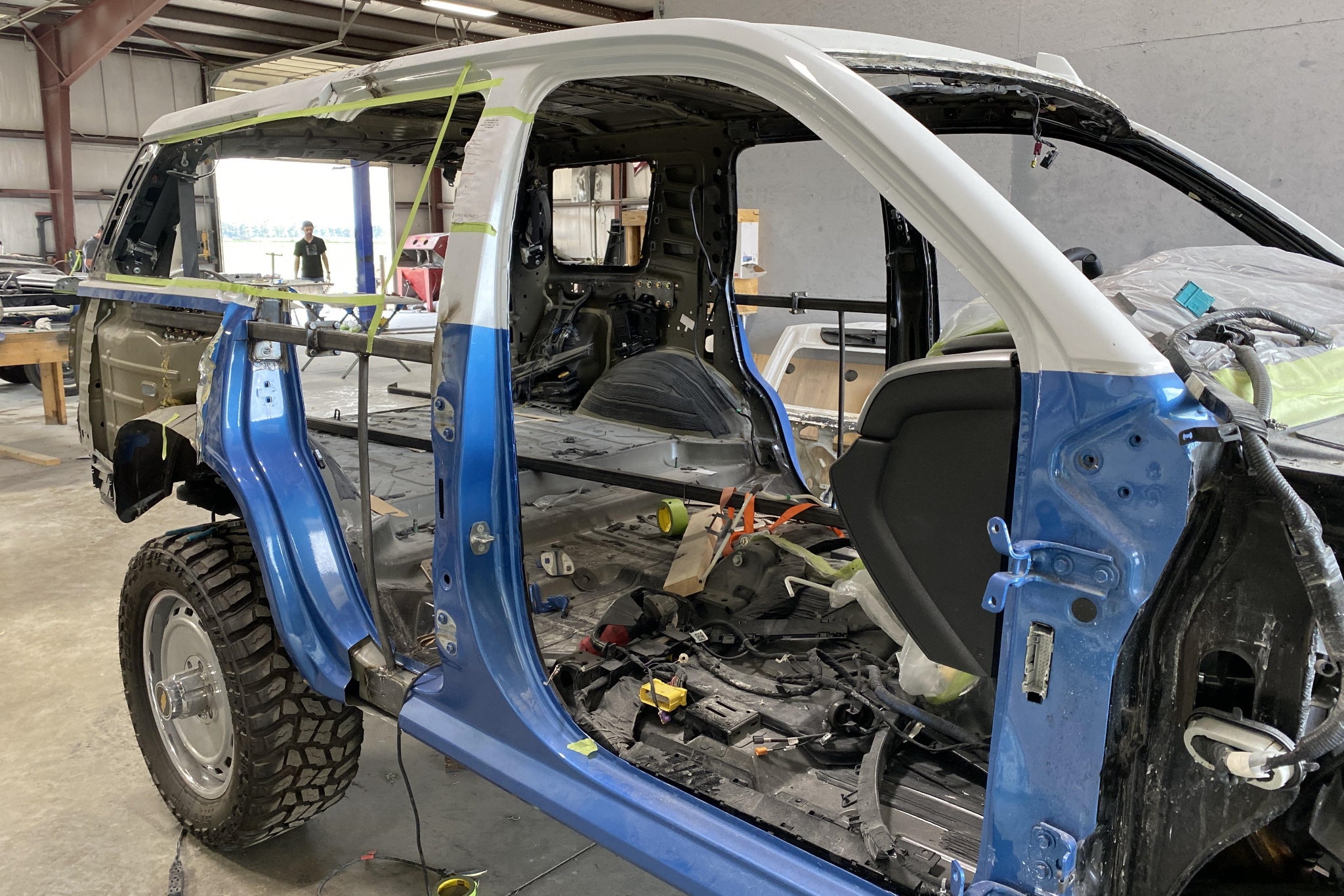 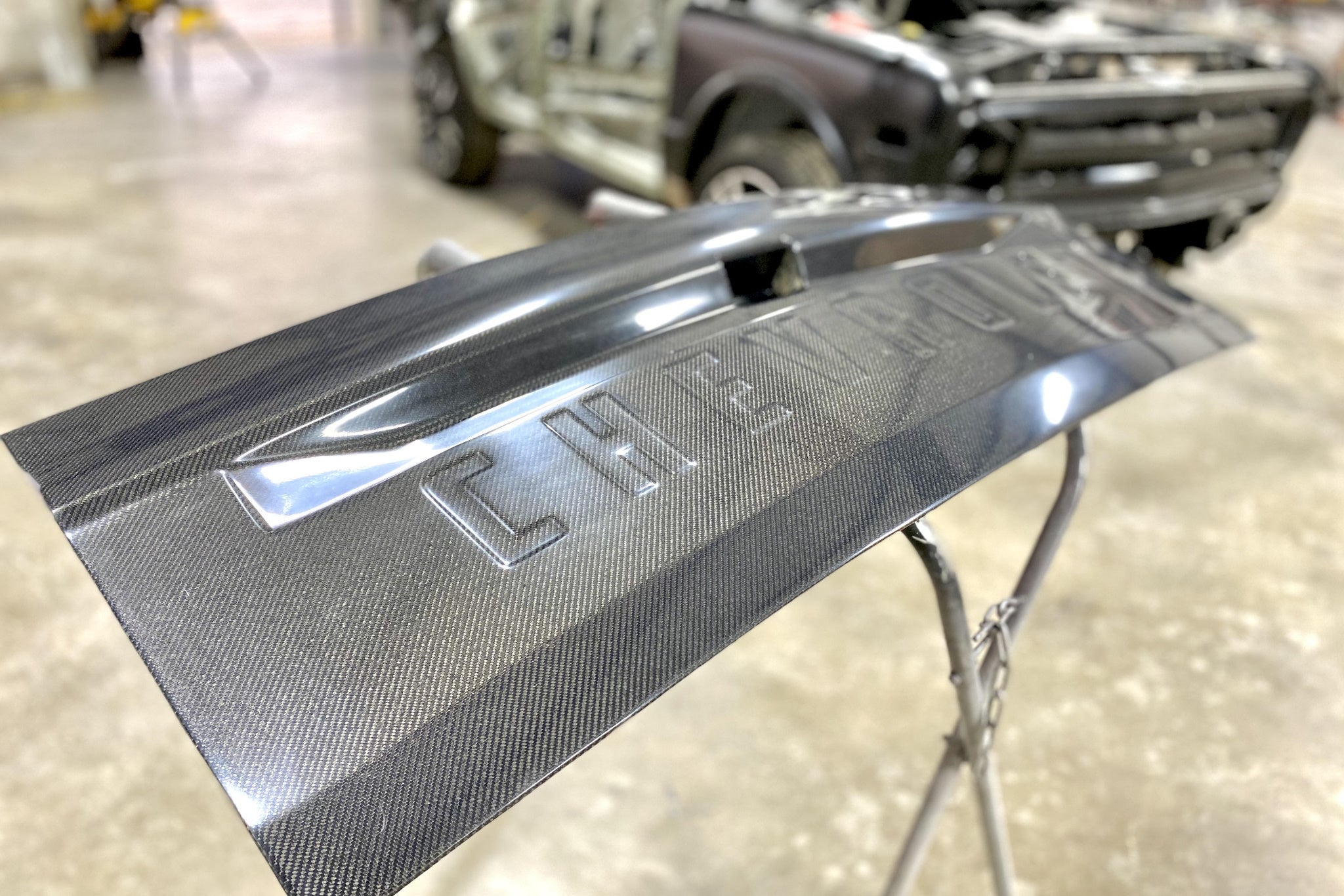 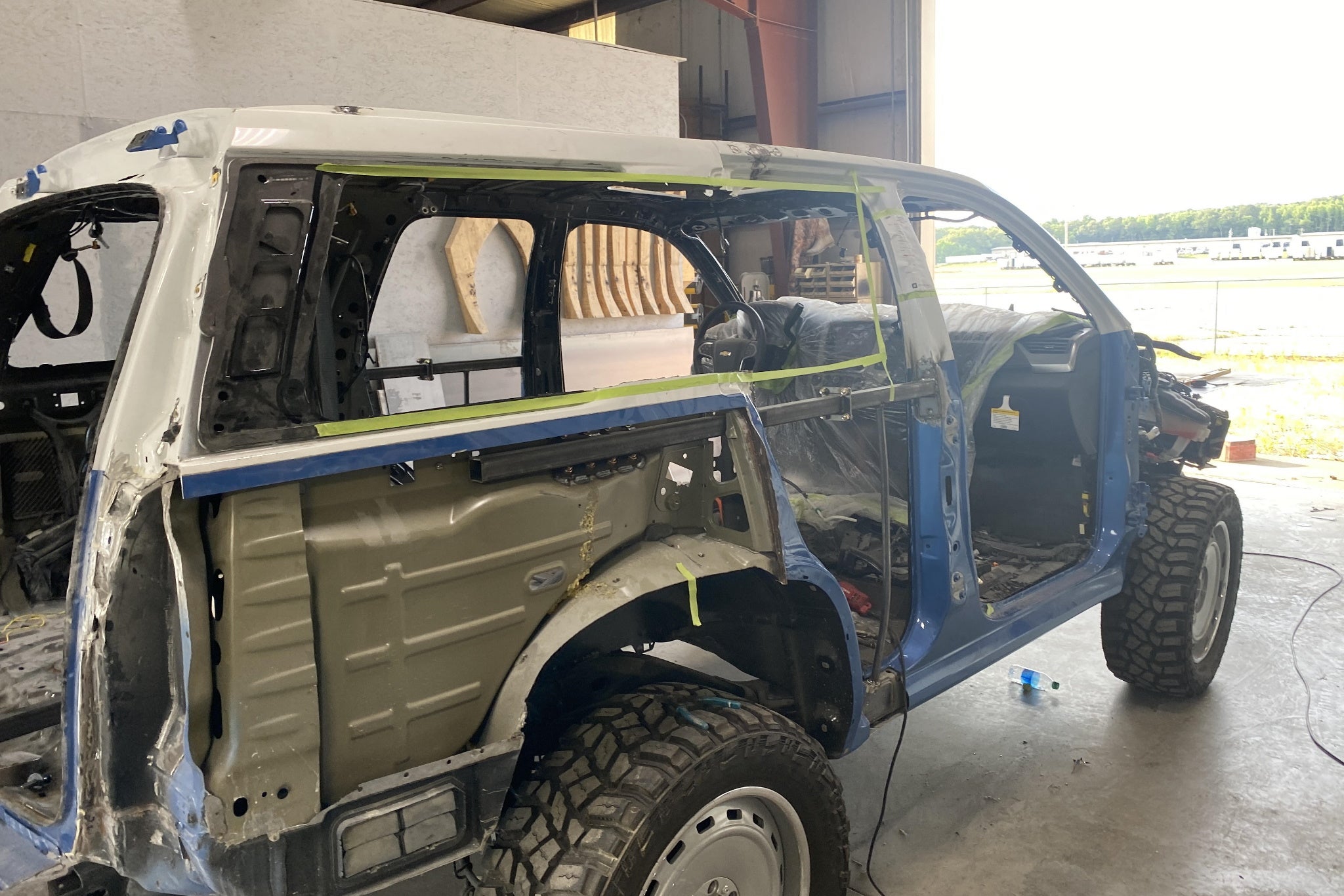 The seats are positioned far in the rear for maximum legroom, although they still fold down, so if you wanted to use this one-of-a-kind custom truck as a utility vehicle, you very well could. It is, after all, still a Tahoe underneath.

This means a 5.3-liter V8 with 355 hp and 383 pound-feet of torque. I’m not sure If I would want to tow anything around with a truck that’s been cut in half and welded back together, but seeing how clean of a build this is, I don’t think I would really want to anyway—nor that it would be an issue.

Since the former Tahoe the K5 conversion is based on was a Z71-equipped truck, it also has off-roading credentials above a more pedestrian version of the vehicle. Although again, I’m not sure if you would want to take this thing out on the dirt. Flat Out Autos is known first and foremost for its four-door Tahoe-based K5s, and those cost $69,000 not including the price of the donor vehicle itself. This more labor-intensive two-door version will likely be pricier than that.

So if Flat Out decides to sell these, they’re going to be pricey. However, let’s remember what this is. This thing still has airbags, heated seats, air conditioning, everything you could want in a modern car, just in a retro package. It may cost a lot of money, but you’re getting something that you could reasonably drive every day without having to worry about reliability or a lack of comfort.

Also, remember the cost in the context of other restomods. Some other refreshed Blazers cost ridiculous sums of money these days, and they don’t have half the features these trucks do. These things may not be the real deal underneath, but they’re probably closer to something most people want. If you want to see this truck in person, it will be at SEMA on Nov. 2.