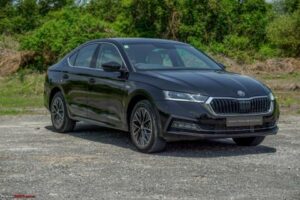 Earlier this week, Skoda launched the Kushaq in India. Despite the premium pricing, the company has high hopes for its first ‘Made-for-India’ crossover offering.

New product launches would be the key to increasing its market share. Skoda has already launched two new models this year – the Kushaq and the new Octavia. The carmaker is also working on a new mid-size sedan that is expected to be positioned above the Rapid. It will also be based on the MQB A0 IN platform and unveiled by the end of this year.